US President Donald Trump's invitation to meet Iranian President Hassan Rouhani was a surprising turnaround after a week-long exchange of hostile tweets, but Rouhani had no choice but to reject the offer. Since the Trump administration took over, bilateral tensions have been on the rise. Reports of an imminent US strike on Iranian nuclear facilities by anonymous sources in Australia have pushed the risk of confrontation to a new high.

In a speech delivered to Iranian Americans, the Secretary of State Mike Pompeo expressed solidarity with the Iranian people and condemned the leadership of the Islamic Republic as a bunch of hypocritical thieves. He pointed approvingly to public protests across the country as evidence of the ruling regime’s incompetence, falling short of a call for a revolution. 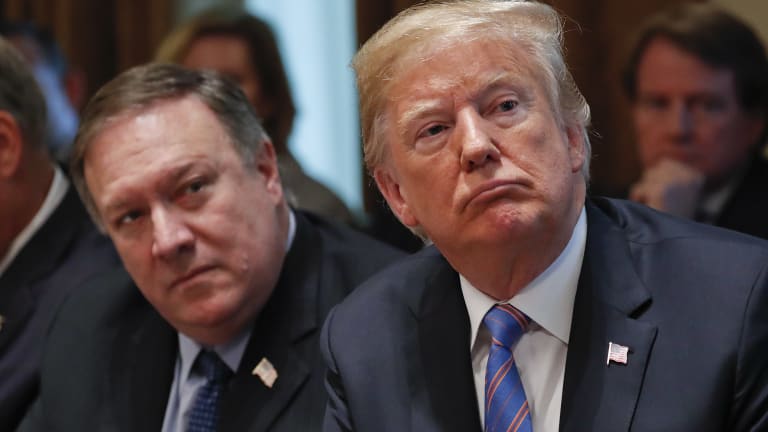 Pompeo made a public commitment to expanding Persian language broadcast into Iran to counter state censorship, in a strategy reminiscent of the US approach to the former Soviet Union, and subsequently the post-Soviet republics that went through Colour Revolutions in the first decade of the 21st Century.

The outcome of that strategy in the post-Soviet space was the sidelining of the pro-Moscow elite and the ascendancy of a pro-US leadership. Given the tone of Trump and Pompeo on Iran and the pointed commitment to making US media accessible in Iran, it is hard to avoid drawing a parallel with that historical experience. This is a regime change strategy on the cheap. But, typical of Trump’s haphazard approach to foreign policy, it is not clear who is being eyed as the replacement.

In a determined move to break with his predecessor’s legacy, Trump withdrew from the nuclear deal in May 2018 and took steps to reimpose US sanctions on Iran. This change of tenor from the Obama era has made it impossible for Rouhani to continue advocating talks with the United States.

Rouhani has been criticised by his hard-line critics for giving up too much control over Iran’s nuclear program to secure a deal in 2015. With Trump’s decision to withdraw from the deal despite confirmation by the International Atomic Energy Agency that Iran has been compliant with its agreed obligations, Rouhani’s critics have doubled their attacks, asking for his resignation. Even the Supreme Leader Ali Khamenei, who tries not to be drawn into factional fighting, made a public statement to say the US decision was a "defeat" for Rouhani.

Rouhani has tried to save his political fortunes by adopting a tough line on the United States, while hoping to save the deal with assistance from the European Union, Russia and China. Rouhani cannot afford to look weak in the face of US hostility and has employed a combative language in response to the Trump administration. 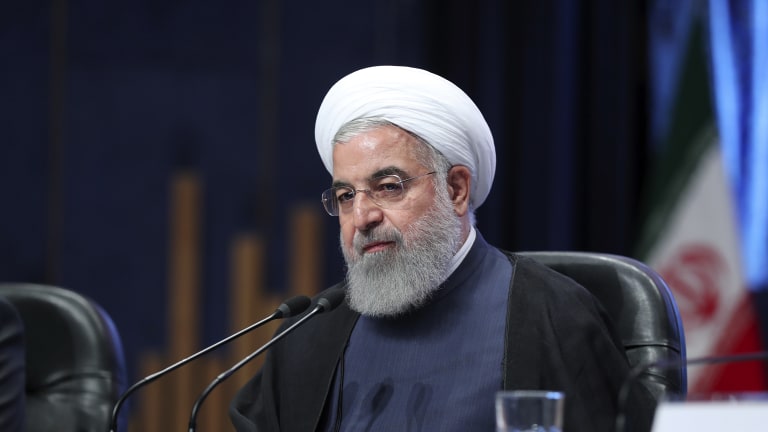 Rouhani mocked the United States for trying to drive a wedge between the Iranian people and the government and evoked a Persian warning of a fool who played with a lion’s tail. Rouhani’s change of tone was also evident while on a recent trip to Europe, when he warned the US not to try and block Iranian oil exports, otherwise no oil will flow through the Persian Gulf. This was widely seen as a threat to block the Strait of Hormuz, a bottle-neck for oil shipments from littoral states of the Persian Gulf. Subsequently, the Iranian Supreme Leader added more weight to that threat by endorsing the idea as an option for Iran.

Growing tension between Iran and the United States and the consequent resumption of sanctions is a nightmare for Rouhani, who came to office with the promise of bringing Iran out of isolation. He has tried to respond to the changed international climate by sounding more and more like his hard-line critics. But the reality is that he is now vulnerable to a political challenge from those critics.

The Islamic Revolutionary Guards Corps, with its immense economic muscle and direct line of report to the Supreme Leader (as the head of state), has been publicly sceptical of Rouhani’s diplomatic overtures and is now gleeful in his setback. The corps welcomed Trump’s decision to withdraw from the nuclear deal and saw it as an opportunity to revert US-Iran relations back to the pattern of hostility that characterised it for most of the last decades.

The Trump administration’s avowedly anti-Iran agenda and the pursuit of regime change has made Rouhani a hostage to the hard-line faction and sabotaged his capacity to bring Iran out of isolation. There is little to block the Islamic Revolutionary Guards Corps from pushing Rouhani aside and claiming a more direct role in running the Islamic Republic of Iran. Rouhani is now in a very weak position. Accepting Trump’s invitation to meet would look like capitulation to US pressure.

Shahram Akbarzadeh is a professor of Middle East and central Asian studies at Deakin University and co-author of Crisis Zone: Middle East Politics and International Relations.