Turkish president says bombing by US and allies sent Assad government message its massacres will not go unanswered. 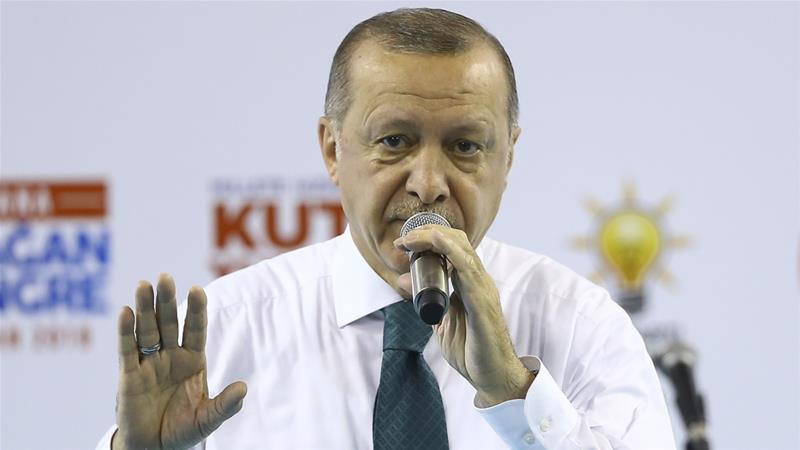 The US and its allies, Britain and France, carried out a wave of strikes against Assad’s government on Saturday, a week after a suspected deadly gas attack on the rebel-held Damascus suburb of Douma.

The White Helmets, a local civil defence agency, accused the Assad government of carrying out the gas attack, which is believed to have killed 85 civilians, including children, and injured hundreds of others.

“With the joint operation by US, UK and France … the Syrian regime received the message that its massacres wouldn’t be left unanswered,” Erdogan told his ruling Justice and Development Party (AKP) supporters in a meeting on Saturday in Istanbul.

“The innocent Syrian people should have been defended long ago.

“I am calling on the entire world here. Let’s discuss the future of all kinds of weapons of mass destruction, including chemical and conventional weapons in detail.

“Let’s use all resources for the sake of humanity instead of using them for nuclear and conventional armament projects.”

Also on Saturday, Erdogan discussed the US-led operation and the situation in Syria with French President Emmanuel Macron and Russian President Vladimir Putin in separate phone calls, according to state media.

The Turkish foreign ministry likewise welcomed the operation, saying that it “has eased humanity’s conscience in the face of the attack in Douma, largely suspected to have been carried out by the regime”.

It said the attacks, with weapons of mass destruction, including chemical weapons, that indiscriminately target civilians, “constitute crimes against humanity” and they should not go unpunished. 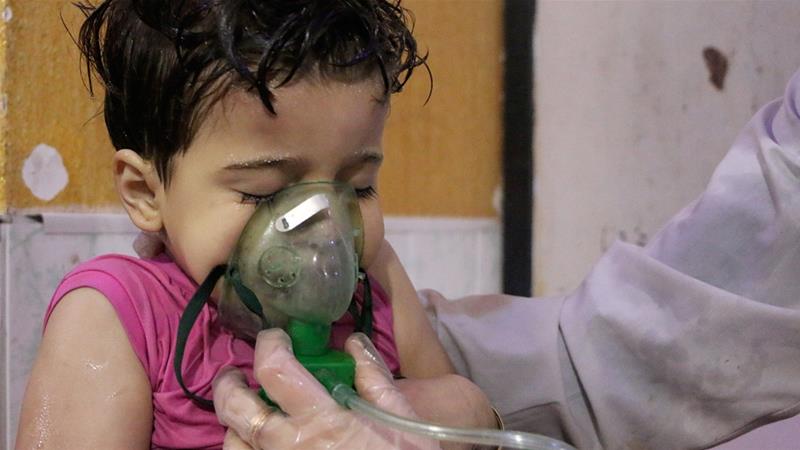 Can US attacks end the Syrian chemical attacks?