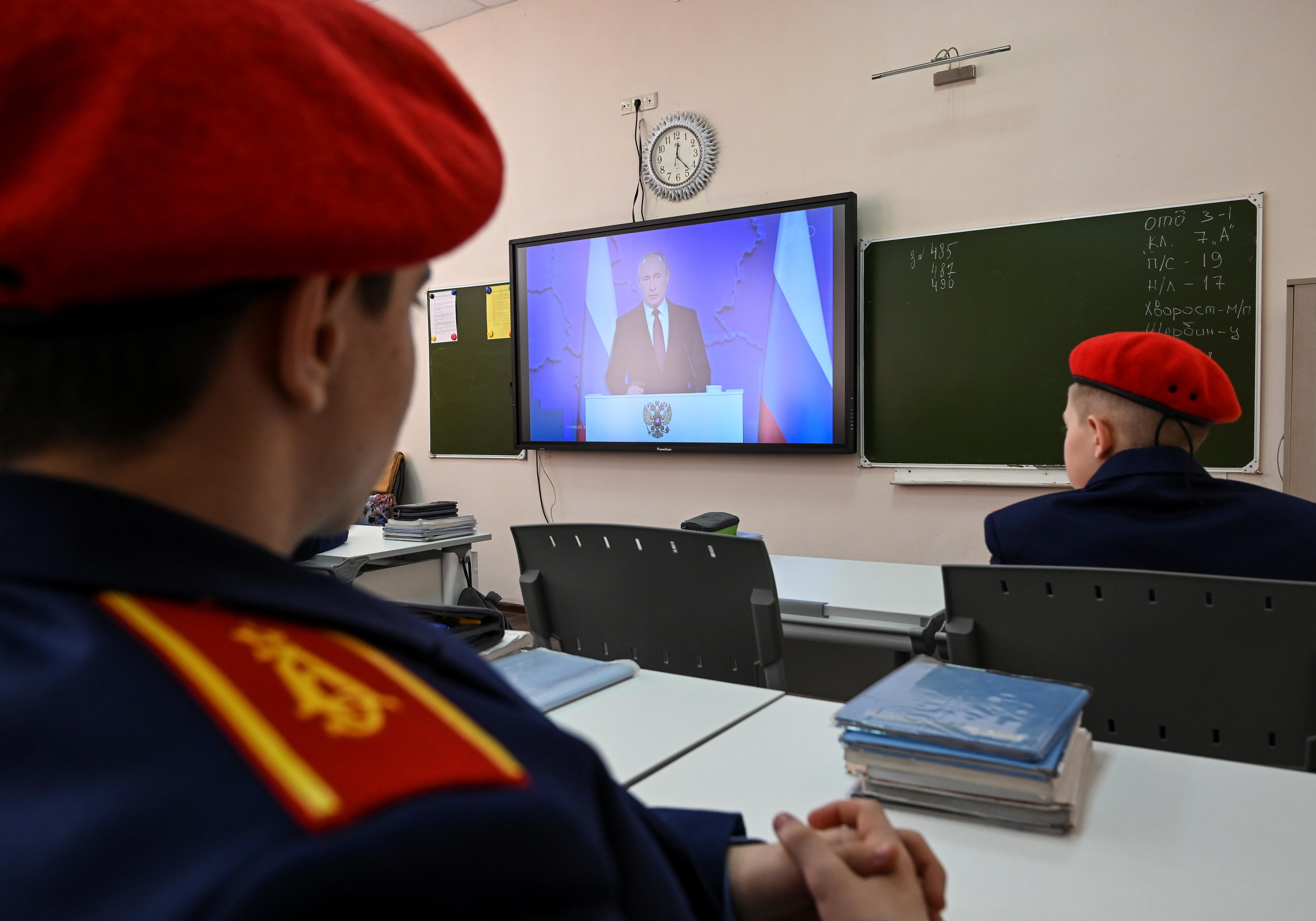 MOSCOW (Reuters) – The number of Russians who tuned in to watch President Vladimir Putin’s annual address on television last week slipped to its lowest level since 2013, nationwide data from market research firm Mediascope showed on Monday.

Putin, whose overall approval rating still remains high at over 60 percent, uses state television to burnish his image and every year outlines government priorities in his state-of-the-nation speech to parliament.

This year he put social welfare and combating poverty at the center of the address, a contrast from last year when he used the speech to unveil a new generation of nuclear-powered missiles which he touted as invincible.

Just 6.3 percent of Russians watched Putin’s Feb. 20 speech to parliament, the lowest level since 2013, according to Mediascope findings which tracked viewership in towns and cities with a population of more than 100,000.

Viewership for Putin’s speech rose sharply to 8.9 percent in 2014, the year Russia annexed Ukraine’s Crimea Peninsula. Viewing figures have gradually fallen since then, to 8 percent in 2015, 6.7 in 2016 and 6.5 percent last year.

The Kremlin linked the dip in viewership to the rising use of the Internet.

Former doctor caught stealing £150 worth of perfume from John Lewis