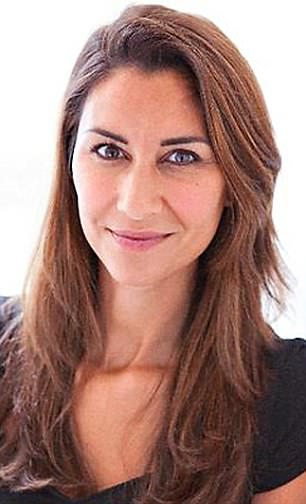 Stig Abel’s wife, Nadine, who was given rape threats after her husband appeared on Sky News

Twitter has been shamed by a journalist for failing to act after a stranger threatened to rape his wife.

Stig Abell, editor of the Times Literary Supplement, had just appeared live on Sky News when he was sent messages on the social media site by a man who claimed to know where he lived.

The posts, from a user calling himself Aaron O’Shaughnessy, made crude remarks about Mr Abell’s wife Nadine and threatened to rape her.

Mr Abell, 38, complained to Twitter but said the social media giant’s initial reaction – that the tweets did not breach its rules – was a ‘disgrace’.

He shared the vile postings with his 21,500 followers and received hundreds of messages of support, after which Twitter agreed to step in and block O’Shaughnessy’s account.

Mr Abell, who received the threats on Tuesday, said yesterday he had not decided whether to complain to the police.

He said: ‘Twitter is happy to make money from its users, but not to spend any dealing with the problems and abuse that goes on. Being a woman on Twitter evidently can be an appalling experience, and the company doesn’t seem to care.’ Describing the abuse to his followers on Twitter, Mr Abell wrote: ‘After I appeared on Sky News last night, a man started posting about how he knew where I lived and – in detail – how he wanted to rape my wife.’

MPs yesterday branded Facebook a ‘morality-free zone’ before threatening to issue a summons forcing its billionaire founder to appear in Parliament if he sets foot in Britain.

The web giant’s reputation was trashed, with Labour’s Ian Lucas saying: ‘I remain unconvinced the company has integrity.’

Chairman Damian Collins said: ‘There are over 40 million Facebook users in the UK and they deserve to hear answers from Mark Zuckerberg about the company he created and whether it is able to keep their users’ data safe.

Tory MP Julian Knight told Mr Schroepfer that Facebook had tried to evade responsibility for the impact it was having on society, adding that the web giant was a ‘morality-free zone destructive to a fundamental right of privacy’.

Posting copies of some of the offensive tweets, he added: ‘This is not all of it, but this sort of thing apparently is acceptable to Twitter, which has said it is not in breach of its rules.

‘Thank you for everyone’s support here. I can live with abuse directed at me, but I find this sort of thing just sickening. I have the most amazing wife, who shouldn’t have to put up with this. No woman should.’

Twitter later contacted Mr Abell to say it had ‘misjudged the first response’ to his complaint and that O’Shaughnessy’s account was suspended. The journalist said he believed the company acted only because he had shamed it to his followers.

Asked what might have triggered the vile tweets, Mr Abell said he was part of a panel reviewing the following day’s newspapers, adding that the discussions were about ‘the standard stuff – Trump, Windrush, the front pages’. Mrs Abell, a 39-year-old hypnotherapist, and the couple’s two young children were at home when the tweets were posted.

Among those supporting Mr Abell was science teacher Alex Weatherall, a father of three.

He wrote: ‘It’s not to be tolerated. That person needs to be arrested, and charged under the misuse of communications act if nothing else.’ 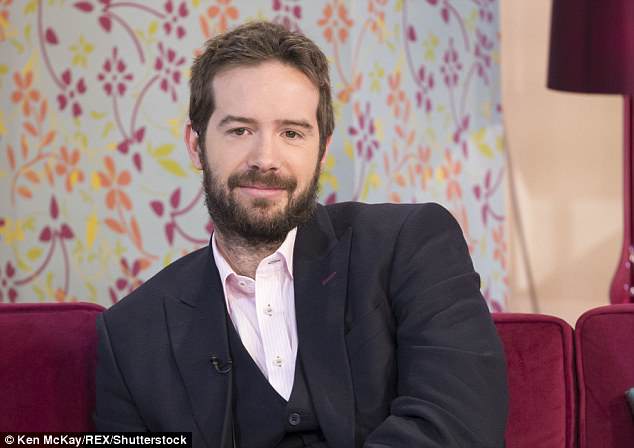 Mr Abell, who received the threats on Tuesday, said yesterday he had not decided whether to complain to the police 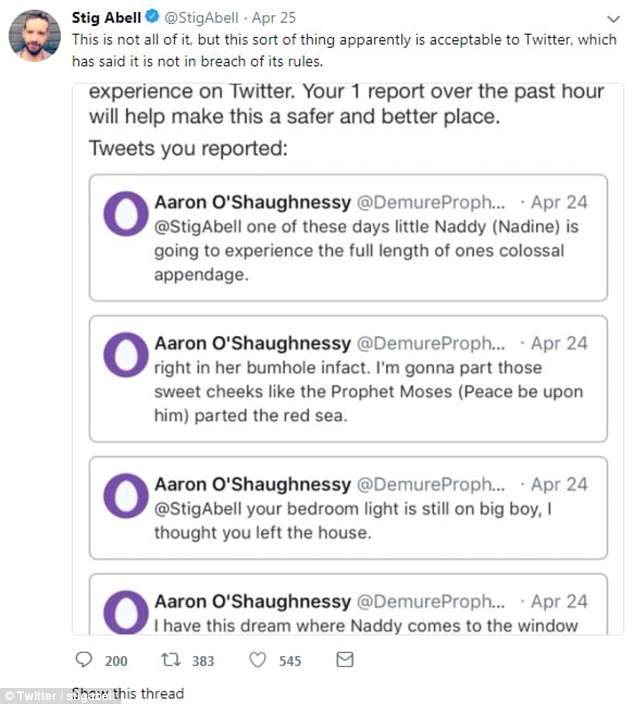 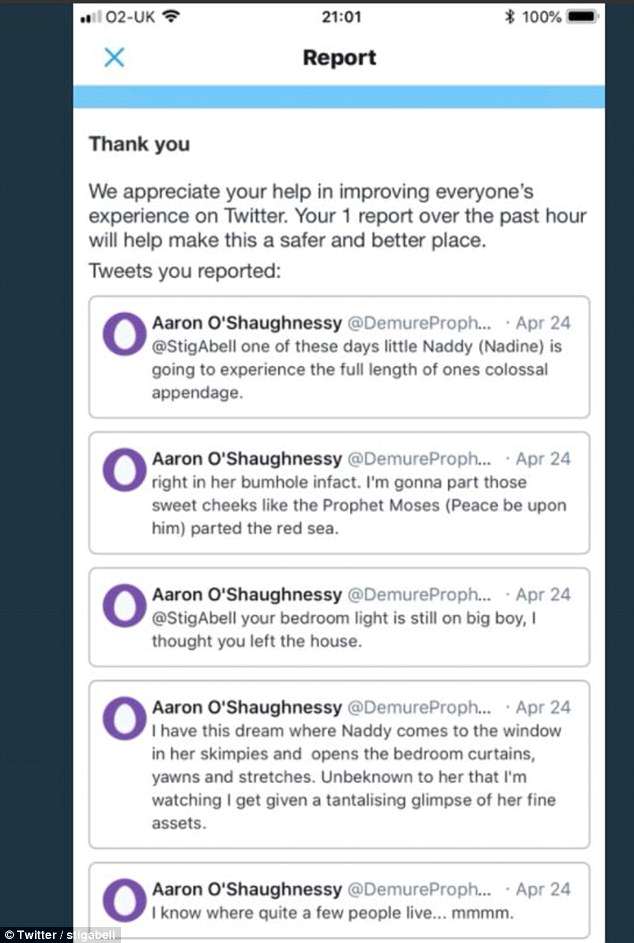 Parler is back as app relaunches after being cut off by Amazon, Apple and Google – The Sun

Rihanna Dressed Like a Metallic Waterfall at the Ocean's 8 Premiere, and We're BIG Fans