In the tweet shared on Saturday, Atlas wrote: ‘Masks work? No.’

Atlas, who has been on the coronavirus task force since the pandemic began in the US, then used examples of areas where he said ‘cases exploded even with mandates’.

Masks and facial coverings are used to prevent people who have the virus from infecting others. 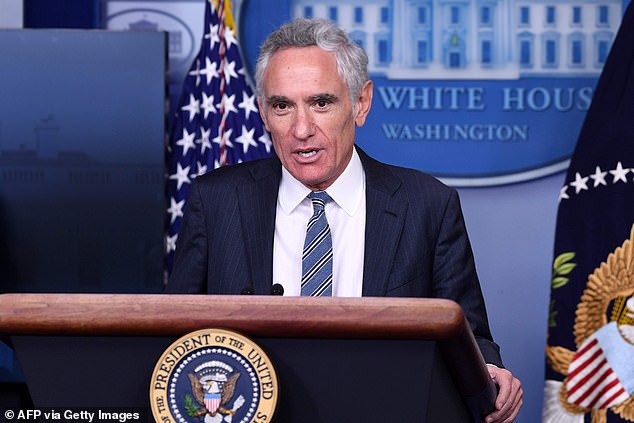 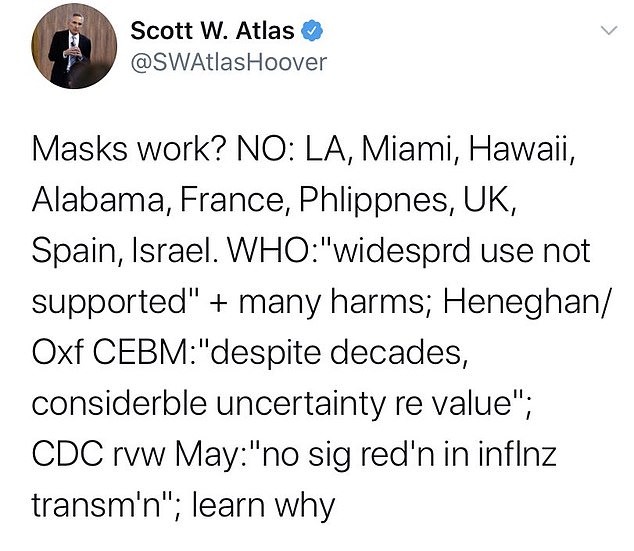 In the tweet shared on Saturday, Atlas wrote: ‘Masks work? No’ 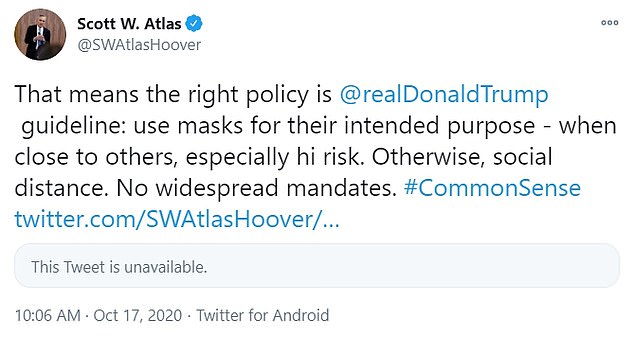 ‘That means the right policy is @realDonaldTrump guideline: use masks for their intended purpose – when close to others, especially hi risk. Otherwise, social distance. No widespread mandates. #CommonSense,’ Atlas wrote.

In an email to The Federalist, Atlas explained his reasoning behind his tweet, citing the World Health Organization (WHO).

Atlas noted a document from the WHO that reads: ‘The widespread use of masks by healthy people in the community setting is not yet supported by high quality or direct scientific evidence and there are potential benefits and harms to consider.’

His remarks come just a month after NBC News reportedly overheard CDC Director Robert Redfield suggesting in a conversation with a colleague that Atlas is arming Trump with misleading data about masks and other issues.

‘Everything he says is false,’ Redfield said during a phone call made in public on a commercial airline, according to NBC.

Atlas, a neuroradiologist, is not an expert on infectious diseases.