Two have been arrested after a security guard at the Channel Nine building in Melbourne was allegedly attacked and racially abused this week.

Footage of the incident shows Thomas Sewell, a former Australian Defence Force member, assaulting the guard after being asked to leave the building.

Victoria Police confirmed on Tuesday night they were interviewing a 27-year-old man and 21-year-old man, both from Rowville, over the incident.

Mr Sewell and another man entered the building- which also houses The Age office – about 5pm demanding to speak with reporters.

The Channel Nine security guard was taken to hospital by ambulance with injuries. 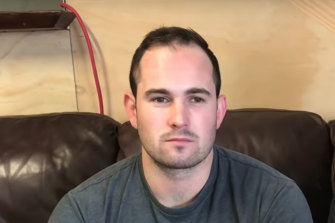 A spokesperson for Channel Nine said in a statement that police had the broadcaster’s “full co-operation in seeking justice. We are providing support to the member of our staff who was attacked. Nine is committed to providing a safe working environment for all our people.”

Channel Nine and The Age are both owned by Nine Entertainment Co.

The Future Is Uncertain For Showtime’s Stand-Up Dramedy, ‘I’m Dying Up Here’