Two Spanish tourists were injured by a WWI bomb explosion in the Italian Alps after they tried to dig it out of a glacier.

Eloi Palau, 21, a junior bike trial champion, spotted a piece of metal and went to dig it out of the Presena Glacier when a tremendous explosion boomed across the Dolomites on Monday.

His friend Sergi Llongueras, another professional cyclist, told Spanish TV: ‘I turned around to see if Eloi was coming. As I turned I saw a large explosion come towards me. I did not feel anything, I just heard “beep.” I saw Eloi on the ground yelling and bleeding a lot..’

The 23-year-old went on to say that ‘one of’ Eloi’s hands was ‘badly affected’ and there is a possibility that he may ‘lose a part of his hand with a finger’. 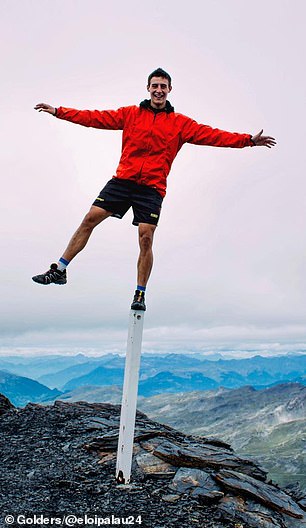 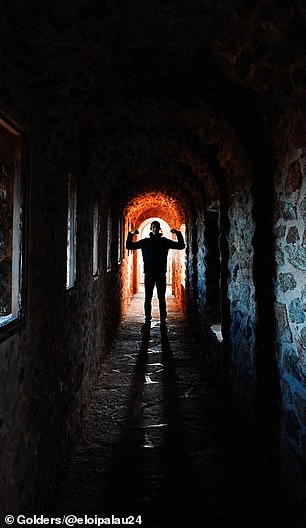 Eloi Palau, 21, (left and right) had spotted a piece of metal in the snow on the Presena Glacier in the Dolomites on Monday

A  helicopter and firefighters were mobilised to take the pair to the Hospital Santa Maria del Carmine, where Palau was operated on.

Llongueras, who suffered minor abrasions, said on Wednesday: ‘So happy and thankful to be alive!! Going back home after the worst experience of my life…

‘Here’s a quick update: @eloi.palau just went out of the intensive cares (sic) and the two operations in his hand and eyes went ok! We still have to wait to see how his hand evolves but for the moment it is ok. He’ll need more time but I’m sure he will be back on the bike!!

The local government from Viladrau in Catalonia, where Palau’s father works as a city councillor, released a statement to show support to the cyclist and his family.

The statement said the government ‘want to accompany Jordi Palau (Eloi’s father) and the whole family in these difficult times after the unfortunate accident Eloi suffered’.

The Presena Glacier was a hot-bed for Italian shelling during the world conflict. 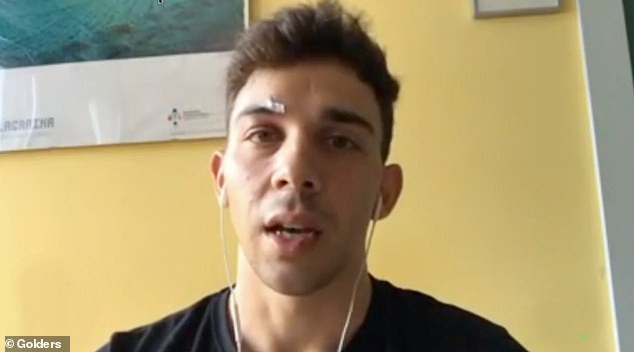 According to local media global warming has uncovered bombs and corpses from the melting snow.

Mountain bike trial is a type of cycling in which the rider must pass through a series of obstacles without letting their feet touch the ground.

Palau was the junior world champion in 2016 and his friend, Llongueras, is a professional rider on the UCI Trials tour.