The punchy pair lay into each other as they are cheered on by a baying mob of boozy American football fans. 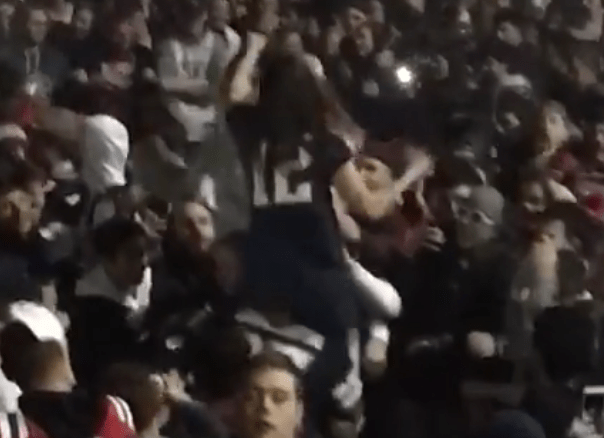 One of the warring women is wearing a New England Patriots shirt with Tom Brady's Number 12 on the back.

She is seen landing several right hooks on her blonde-haired rival as their partners stagger through the crowd.

The woman wrestle and pull at each others' hair and clothes as they try and knock each other to the ground.

The bruising encounter only ends when the brawlers both fall to the ground at the same time.

The clip – which has been compared to medieval jousting – appeared on Instagram after the game finished.

It was posted by a University of Massachusetts student who wrote in an ironic reference to Brady: "Repping TB12 and his 6th ring the right way."

Others described the punch up as "crazy" with one left asking "Why is this happening?"

It's believed to have been filmed outside the University's Amherst campus.

Three people were injured when hundreds of students gathered to celebrate the Patriots' win.

The scenes were far removed from the chaos which erupted last year after the Patriots lost to the Philadelphia Eagles.

Last night, the Patriots beat the LA Rams 13-3 in the lowest-scoring Super Bowl in the 53-year history of the game.

Tom Brady captured his record sixth NFL title by throwing for 262 yards – without a touchdown.

The Patriots have now matched the Pittsburgh Steelers for most Super Bowl wins, with six. 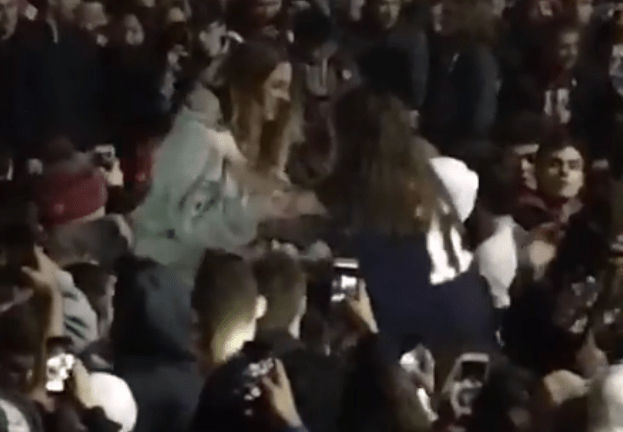