Property magnate, 60, who was once one of UK’s richest men worth £3bn is fighting to overturn a sexual offence notification order he was handed by the Met Police after it emerged he was convicted of rape in France 25 years ago

A property tycoon convicted of rape 24 years ago is fighting to overturn a strict police sexual offence notification order imposed on him.

Formerly one of Britain’s richest men, Simon Halabi, 61, was once worth £3 billion, owning a stake in the Shard as well as the City headquarters of JP Morgan, Aviva, and Old Mutual.

Syrian-born Halabi also boasted property in Mayfair and Buckinghamshire and a French chateaux.

However, the former billionaire tycoon’s empire collapsed during the banking crisis and he was declared bankrupt in 2010.

Then, in 2018, it emerged that aged 37 he was convicted of raping a woman in her early twenties at his home in France in September 1995.

Though convicted in 1995 and put on the French sex offenders’ register in 1998, British authorities didn’t realise he had a rape conviction until 2018, when they gave him the sexual offence notification order. 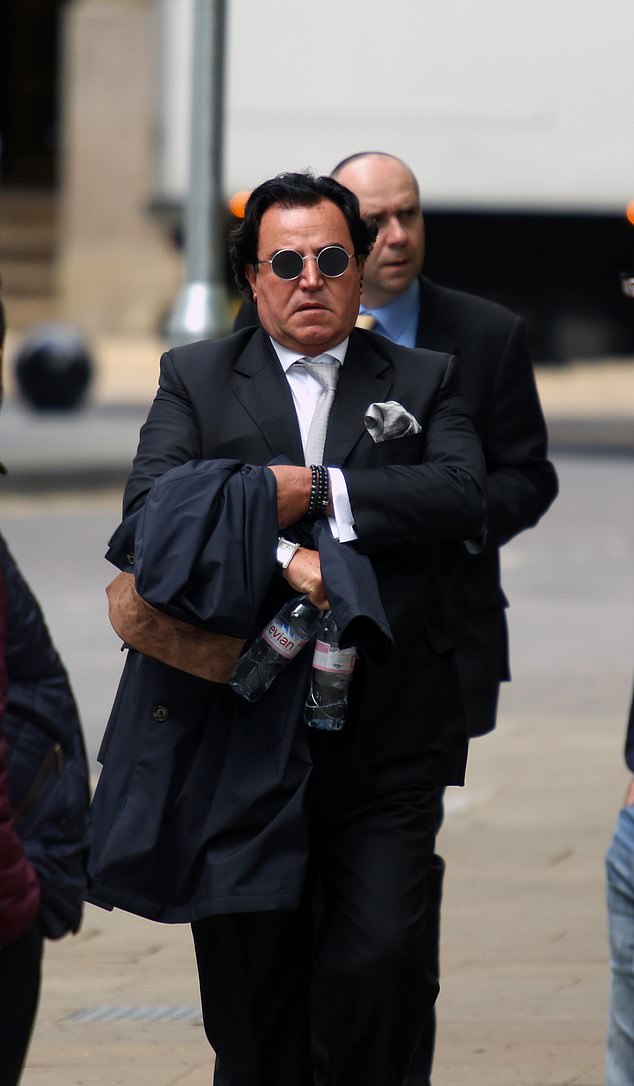 Simon Halabi (pictured above) at Southwark Crown Court last year. He is appealing a sexual offence order against him

This was because Halabi was convicted in France under the name Mohammed instead of Simon, which meant he was able to continue his business affairs as Simon was the name he used on his passport from 2003.

For rape and possession of cocaine Halabi was sentenced to three years in jail, suspended for five years at the assizes court in Alpes-Maritimes, south-east France.

The conviction was disclosed to UK authorities in 2012 under data sharing protocols, but they were not told Simon and Mohammed Halabi were the same person until October 19, 2017.

Then, in September 2018, Halabi was made subject to a sexual offence notification order by District Judge Michael Snow at Westminster Magistrates’ Court.

Halabi is now appealing against the decision at the High Court following the dismissal of an appeal at Southwark Crown Court in April 2019.

He claims the strict sex offender notification requirements imposed on him disproportionately infringe on his right to private life, under Article 8 of the European Declaration of Human Rights.

Under the order, Halabi is required to notify police of a change of address, whether he is residing in a house with someone under 18, and the police also have the right to make ‘spot checks’ at his address. 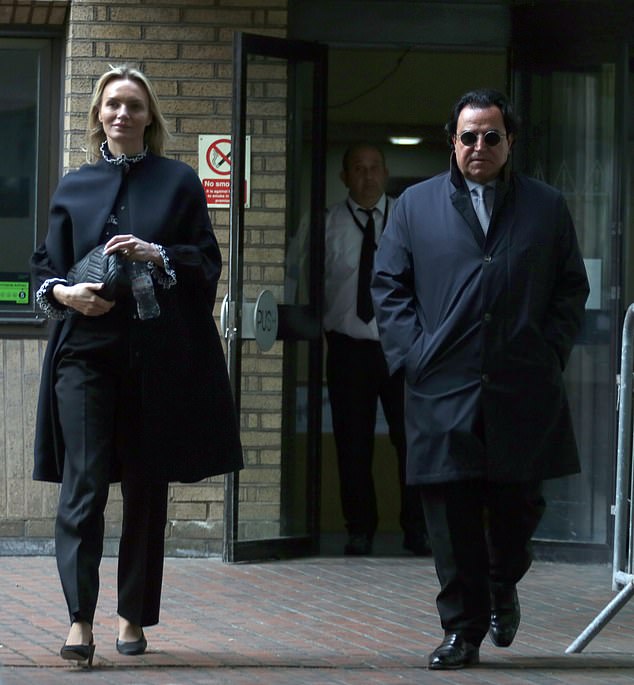 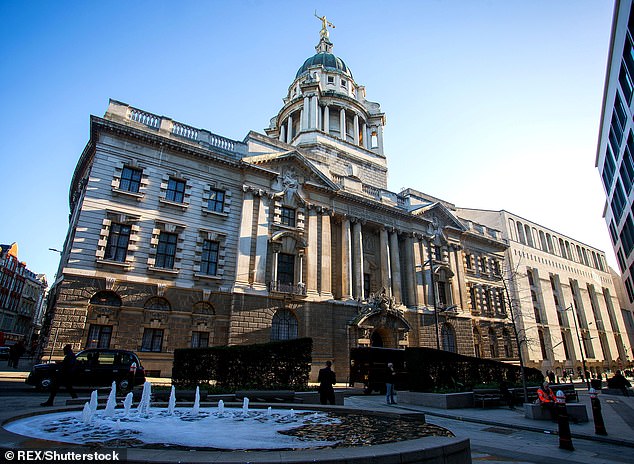 His case is that the notification order was at the discretion of the Met Police Commissioner and that he should not have been given it due to the lapse of time between the rape and the making of the application, and because he does not pose a significant risk to the public.

Chris Daw QC, representing Halabi, said: ‘There was conviction, there was sentence, the sentence was relatively modest, from an objective point of view, time served and suspended.

‘Although not a lengthy term, it did technically meet the threshold to be considered in English law.

‘The French monitored him for the entire period and the conviction was deleted, those are important matters and beyond dispute.

‘There is an absence of evidence of risk from anywhere, not a single word this man has ever done anything sexual against anyone, since the offence. 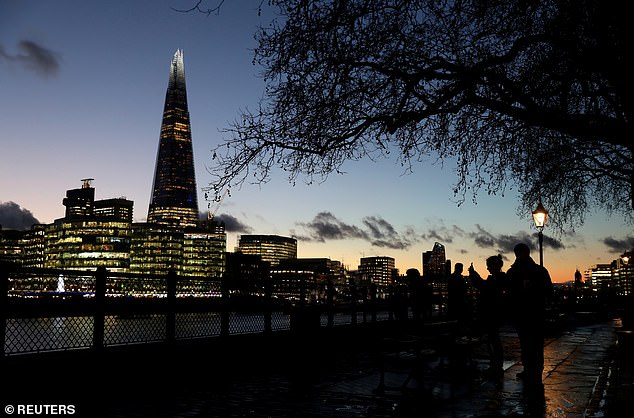 ‘There is a complete absence of evidence in risk assessment carried out, every single piece of evidence and documentation points away from the question of risk, as close to zero risk

‘Except from someone who is paraplegic or has some other condition that makes them incapable of any sexual activity at all,’ he added.

Mr Justice David Holgate asked: ‘If there’s force in these arguments doesn’t it have application in historic sex cases?

‘Offences committed many years ago, not convicted until decades later, where there’s been an absence of time?

Mr Daw replied: ‘There is a difference, in that he was convicted and subjected to an entire regime of another country.

‘We know in this case there was a conviction abroad and entire monitoring.

‘What the court shouldn’t do is make orders that are disproportionate.

‘The French authorities would say that has been deleted.

‘I am asking the court rhetorically, what on earth is the justification for this when the conviction has been deleted?

‘Given the complete lack of evidence of consideration of article 8, the crown court consultation was unlawful.

‘This is a paradigm case where the order should never have been made, it was a gross affront to his children, his wife, it has caused him most grotesque interference in his private life.

‘It has been played across the media, and the idea that he should be subjected into his 70s into the interference of police officers and all the other things could be said to be a gross affront to justice.’

Lord Justice Charles Haddon-Cave pointed out: ‘It’s the same for everyone, for example, convicted teenagers.

‘Parliament has decided that there is to be this regime, advisedly so.’

Mr Daw replied: ‘Parliament has decided also that proportionality should be given in consideration of Article 8.’

Regarding the difficulties the notification requirements pose, Mr Daw said: ‘For someone of his extensive… business, he travels a lot it’s almost impossible to find him sometimes… I shouldn’t have said that.’

Documents from the French rape trial say Halabi slapped, punched and attempted to strangle the young woman before raping her.

She was unable to escape the gated property, after he threatened her with death if she reported the assault she scaled a gate onto the highway and was picked up by a bus driver.

According to the Commissioner of Police’s chronology he admitted failing to disclose his French convictions to UK or United States authorities.

He also failed to disclose his French convictions in three firearms licence applications which he used for his shooting hobby.

£9MILLION in unclaimed Lottery winnings up for grabs and one £1m prize expires TODAY – have you checked your ticket?

The HRT face cream that claims to revive your skin