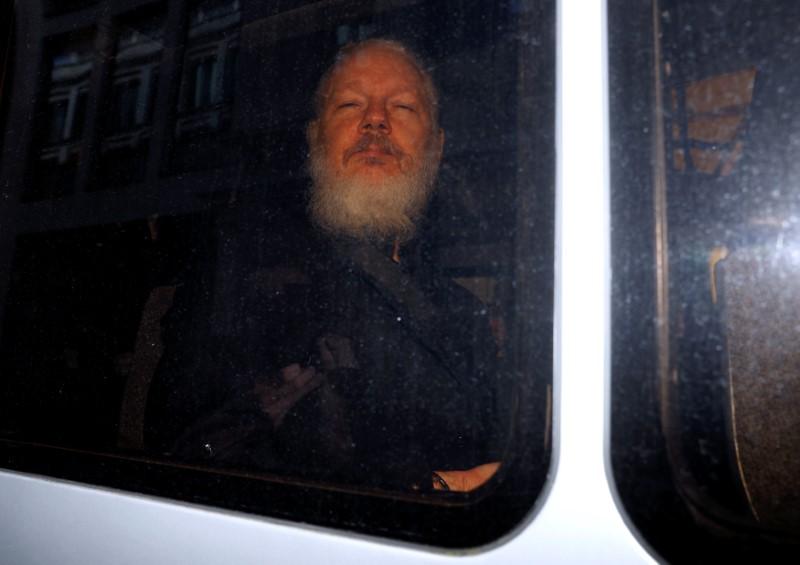 The official, who asked for anonymity when discussing the case, said U.S. authorities had already sent Britain a provisional arrest warrant regarding Assange’s extradition to the United States.

But within 60 days from Thursday, when British police bundled Assange out of the Ecuadorean embassy in London where he had taken refuge seven years ago, U.S. authorities must submit a formal request outlining all the legal charges Assange would face if he is transferred into U.S. custody.

According to a criminal indictment against Assange which prosecutors in Virginia secretly obtained more than a year ago but only unsealed after Assange’s arrest, Assange is charged with conspiring with former Army intelligence analyst Chelsea Manning to gain unauthorized access to a government computer.

The U.S. indictment filed in March 2018 said Assange, in March 2010, engaged in a conspiracy to help Manning crack a password stored on Defense Department computers connected to the Secret Internet Protocol Network (SIPRNet), a U.S. government network used for classified documents and communications.

Assange’s contacts with Manning led to one of the biggest ever leaks of classified information as WikiLeaks published hundreds of thousands of U.S. military reports and diplomatic communications.

The U.S. official said that within the 60-day period, U.S. authorities could modify or add to the current charges they have filed against Assange. The official declined to say whether further charges were likely, but legal experts have said they are certainly possible.

A witness who prosecutors were seeking to interview and an associate of Assange based in Europe who also requested anonymity said that before his arrest Assange had expressed concern that U.S. prosecutors would also bring charges against him related to WikiLeaks’ publication of CIA computer hacking tools, which the website described as its “Vault 7” cache.

U.S. officials have said that as far leaks go, the disclosure of details about the U.S. spy agency’s abilities to perform electronic surveillance and cyber warfare was potentially far more damaging to U.S. government activities than anything Manning made available to WikiLeaks.

In a Friday interview with CNN, U.S. Vice President Mike Pence said the United States was “going to bring Julian Assange to justice.”

Pence denied that statements by President Donald Trump, in which he praised WikiLeaks during the 2016 U.S. election campaign, were in any way “an endorsement of an organization that we now understand was involved in disseminating classified information.”

'Welcome to Plathville': Ethan Plath Hints He Isn’t 100% Confident His Marriage to Olivia Plath Will Work Out