WASHINGTON/NEW YORK (Reuters) – The acting head of the U.S. Department of Homeland Security has ordered an investigation into reports that Border Patrol agents have been posting offensive anti-immigrant comments and threats against lawmakers on a private Facebook group.

The move was announced amid mounting criticism of the Trump administration’s handling of a humanitarian crisis along the U.S.-Mexico border, with lawmakers and government investigators warning of dangerous conditions in migrant detention centers.

He said any employee found to have “compromised the public’s trust in our law enforcement mission will be held accountable.”

The Facebook posts, first reported by the non-profit news site ProPublica included jokes about the deaths of migrants and sexually explicit content referring to U.S. Representative Alexandria Ocasio-Cortez, a Democrat who was highly critical of the detention facilities after a tour this week.

The White House also criticized a ruling by a federal judge in Seattle who on Tuesday blocked an administration move to keep thousands of asylum seekers in custody while they pursued their cases.

“The district court’s injunction is at war with the rule of law,” White House press secretary Stephanie Grisham said in a statement. “The decision only incentivizes smugglers and traffickers, which will lead to the further overwhelming of our immigration system by illegal aliens.”

The American Civil Liberties Union and other immigrant rights groups sued the government in April after Attorney General William Barr concluded that asylum seekers who entered the country illegally were not eligible for bond.

The ruling on Tuesday was another setback for President Donald Trump, who has made clamping down on illegal immigration a key part of his domestic agenda.

Congress has blocked Trump’s efforts to get funding to build a wall on the southern border and he was forced last year to backtrack after his “zero tolerance” border policy of separating migrant children from their parents provoked widespread outrage.

Dr. Sara Goza, the incoming president of the American Association of Pediatrics, toured CBP facilities in McAllen, Texas, last week and described the rooms where children were being detained as reeking of sweat, urine and feces.

“Children do not belong in Customs and Border Protection facilities or in any detention facilities,” she said in a statement. “No amount of time spent in these facilities is safe for children.”

The AAP also shared images of drawings made by children recently released from CBP custody. The drawings, which depicted the children being held in cages, were provided by a social worker in Texas. The DHS’s inspector general on Tuesday said migrant-holding centers in Texas’ Rio Grande Valley were dangerously overcrowded, publishing graphic pictures of cells holding twice as many people as they were built for.

Representative Richard Neal, the Democratic chairman of the U.S. House of Representatives Ways and Means Committee, said the humanitarian crisis on the border required immediate action.

“The scenes we are witnessing each day from our border are disturbing, inhumane and contrary to our basic American values, he said.

The record surge of mostly Central American families at the U.S. southwestern border has begun to ease after tougher enforcement efforts in Mexico, according to Mexican and U.S. officials.

Mexico’s government, citing unpublished U.S. data, said migrant arrests at the border fell 30% in June from the previous month after it started a migration crackdown as part of a deal with the United States to avoid possible trade tariffs.

The Mexican government said it was now busing home dozens of Central American migrants from Ciudad Juarez, across the border from El Paso, Texas, who were forced to wait in Mexico for their asylum claims to be processed under a U.S. policy known as “Remain in Mexico.”

“Mexico’s effort to control the flow of migrants appears to have broken a growing trend,” the country’s foreign ministry said in a statement. 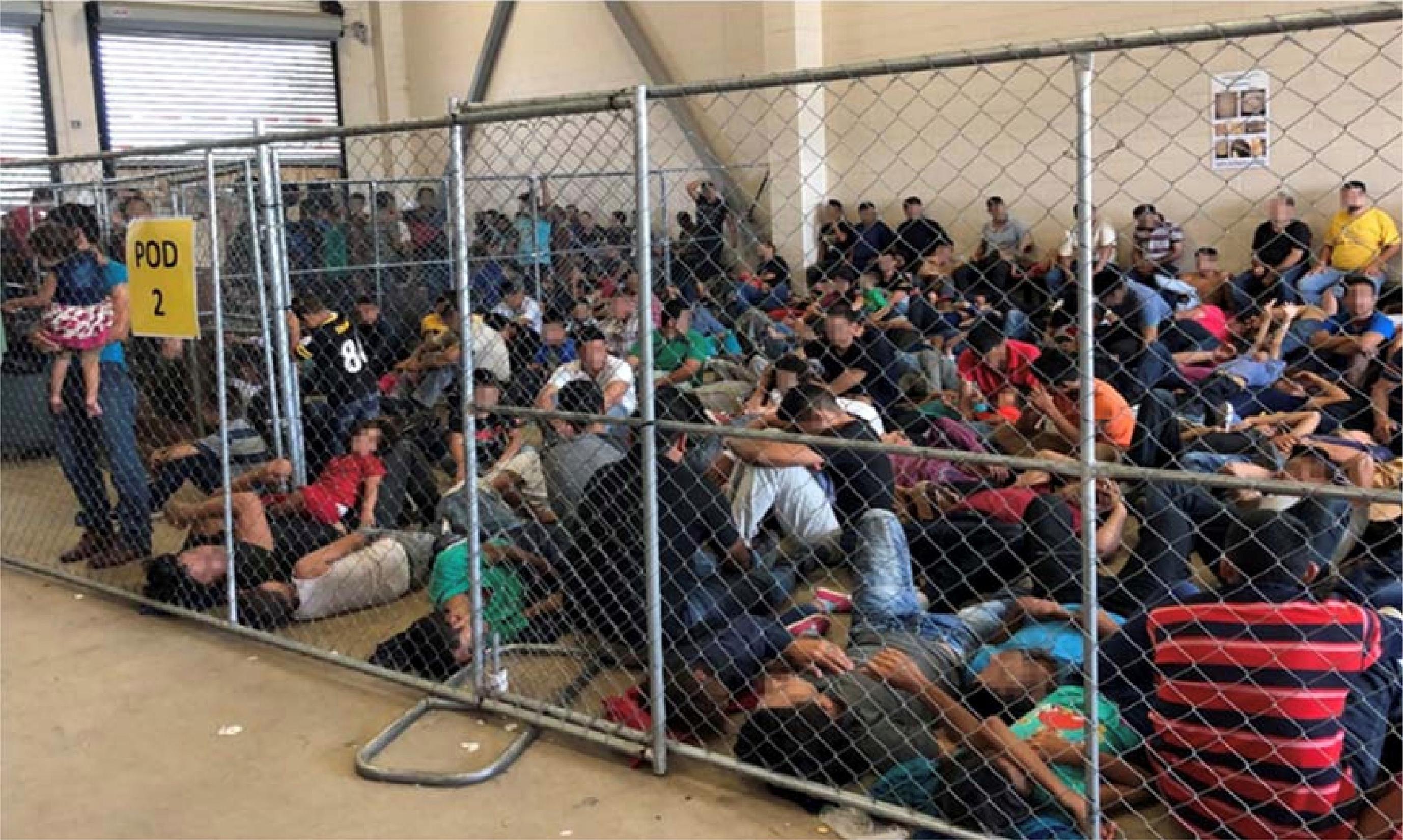 After migrant arrests reached a 13-year monthly high in May, immigration has arguably become the biggest issue for Trump and the Democratic contenders vying for the chance to face him in the 2020 presidential election.

U.S. Senator Cory Booker would “virtually eliminate immigration detention” if he wins the White House, his campaign said on Tuesday.

Trump, meanwhile, looked to stir up support for his policies, promising immigration raids after the July 4 U.S. holiday to arrest migrants with deportation orders.