KUALA LUMPUR (Reuters) – The United States should “think twice” before giving Malaysia back the money recovered from an anti-kleptocracy probe into state fund 1MDB, former prime minister Mahathir Mohamad said on Friday, as the party accused of graft at 1MDB was back in power. 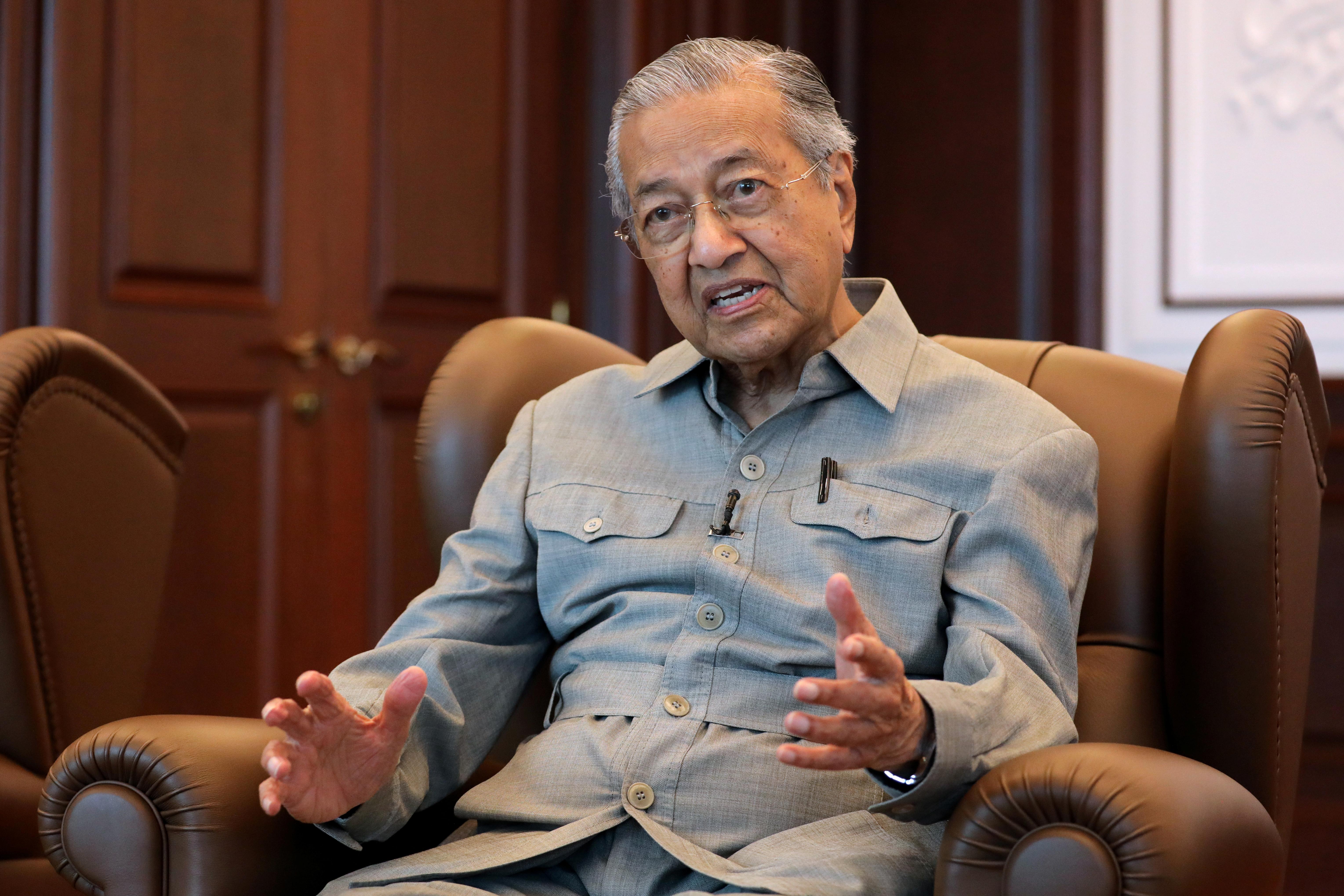 Mahathir, 94, abruptly resigned last month before being replaced by Muhyiddin Yassin, whose coalition includes the former ruling party United Malays National Organisation despite voters rejecting UMNO in the 2018 general election amid a backlash over the multi-billion dollar scandal at 1MDB.

The U.S. Department of Justice (DoJ) says over $4.5 billion was looted from 1MDB under UMNO prime minister Najib Razak, who is now on trial for allegedly receiving some of the stolen money.

The DoJ, in its biggest ever anti-kleptocracy case, has recouped about $1 billion from the seizure and sale of assets allegedly bought with 1MDB funds.

The DoJ returned nearly $200 million to Malaysia in May, but a second transfer of about $240 million was delayed last month amid uncertainty following Mahathir’s resignation, sources have said.

Mahathir told Reuters the DoJ should re-consider its decision to send the money to Malaysia after the return of Najib’s party to the government.

“When we took over, the DoJ was willing to give it to us because we overthrew the people who stole the money,” he said in an interview.

“Now, the people who stole the money is going to get back the money they stole. I think the DoJ will have to think twice.”

At least six countries are investigating alleged graft and money laundering at 1MDB, founded by then-premier Najib in 2009.

After an unexpected election victory in 2018, Mahathir reopened probes into 1MDB and Najib’s involvement at the fund.

Najib is facing five trials, the first of which – involving seven charges linked to $10 million misappropriated from a 1MDB unit – is expected to reach a verdict within months.

He has pleaded not guilty and says he was misled by Malaysian financier Jho Low and other 1MDB officials. Low, who has been charged in Malaysia and the United States, has consistently denied any wrongdoing.

Najib told Reuters last week that he expected an atmosphere more conducive to a fair hearing now that Mahathir was out of power.

The case has also led to scrutiny of Goldman Sachs, which Malaysia has accused of misleading investors over bond sales totaling $6.5 billion that the bank helped raise for 1MDB. Three units of the bank have pleaded not guilty.

Milo Ventimiglia Raves About Mandy Moore Being a Mom (Exclusive)