‘Northerners’ have been driven from Aden city, videos and documents sent to Al Jazeera show. 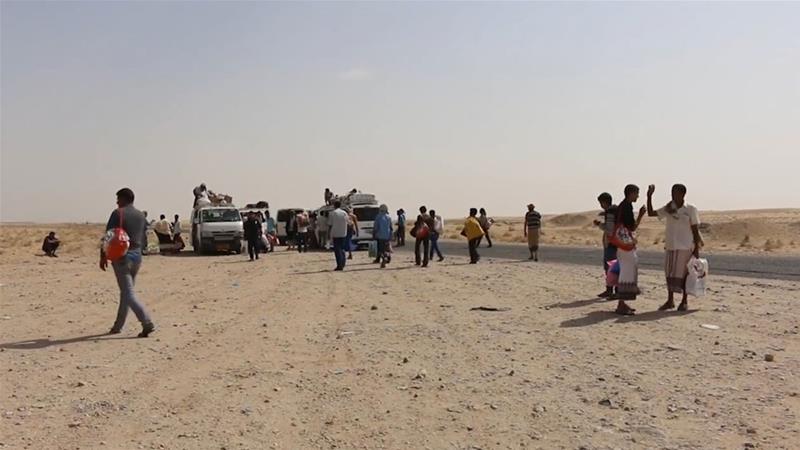 Nearly two dozen Yemenis have said they were beaten, tortured and arbitrarily held by militias affiliated with the United Arab Emirates in southern Yemen, then dumped hundreds of kilometres away in areas rife with violence and warned to never return.

In a series of videos and documents sent to Al Jazeera, the civilians said they were rounded up and driven from the port city of Aden by the UAE-created Security Belt – a force set up in 2016 to police southern areas in the war-ravaged country – to active front lines in the provinces of Taiz and Sanaa.

One resident who was recently deported said the Security Belt harassed “northern” women and the elderly.

“We were attacked in our hotels [by the Security Belt] and they kicked us out. We couldn’t find anywhere to stay,” he said.

“There were a large number of us and we had a lot of money [invested in Aden], but they harassed us, and told us this is not your country.

“They forced us out and even took our medication.”

Shops, restaurants and homes were all raided by the Security Belt, others reported, with hundreds of people arrested and their assets seized.

“They gave us 24 hours to leave and said if we don’t, we’ll open fire at you,” another man said. “They even killed one person in Al-Mansoura [a district of Aden].”

Others said the deportations were part of a larger campaign by Shalal Shaya, Aden’s Security Chief, a staunch advocate for the partition of Yemen.

According to the UN, Shaya who has a close working relationship with the UAE, set up several secret prisons in Aden governorate, including one at a former nightclub in the city’s At-Tawahi district.

Since its launch in 2016, the Southern Transitional Council (STC) – a political movement demanding secession for southern Yemen – has intensified its demands to secede from the north after receiving considerable patronage and humanitarian assistance from the UAE.

Earlier this year, the STC clashed with the Yemeni army and was able to wrest control of several key military bases in Aden.

Since then, the STC has been accused of fomenting sectarian division and hatred in Aden, with a spike in attacks against displaced Yemenis, many of whom who fled intense coalition air attacks in the provinces of Taiz, Hudaida and Sanaa.

According to a months-long Al Jazeera investigation, the Saudi-led coalition has carried out more than 3,500 air raids on Sanaa province and more than 2,500 on Taiz

Radhya al-Mutawakel, the chairperson and cofounder of Mwatana, an independent Yemeni human rights organisation, said crimes against displaced persons had intensified as the fighting raged.

“We have received a few cases of northerners being detained in the south,” she told
Al Jazeera.

“But with the absence of a functioning judiciary and government, there is no legal recourse for those affected by these crimes to get justice.”

Aden, a former British colony, was one of the first cities to drive out Houthi rebels after they expanded their influence from the country’s remote northern highlands, and overran Sanaa large expanses of territory.

But since then, the Yemeni government has been at odds with the UAE, frequently accusing it of trying to exploit the conflict for its own interests.

In May, the London-based Middle East Eye reported that Hadi had accused Sheikh Mohammed bin Zayed, the crown prince of Abu Dhabi, of acting as an occupying force, as opposed to a liberation force.

And in August, a confidential report by a UN Security Council panel of experts, said members of the Saudi-led coalition were pursuing individual agendas – the result of which had further weakened Hadi’s leadership.

“The authority of the legitimate government, already weak or absent in many parts of the country, has eroded significantly this year,” it said.

The south has formed a “competing political council … with a stated goal of an independent South Yemen.

“The ability of the legitimate government to effectively govern the eight governorates it claims to control is now in doubt.”

The war has taken a huge toll on the country – more than 10,000 civilians have been killed, and millions of Yemenis have been left without basic necessities. 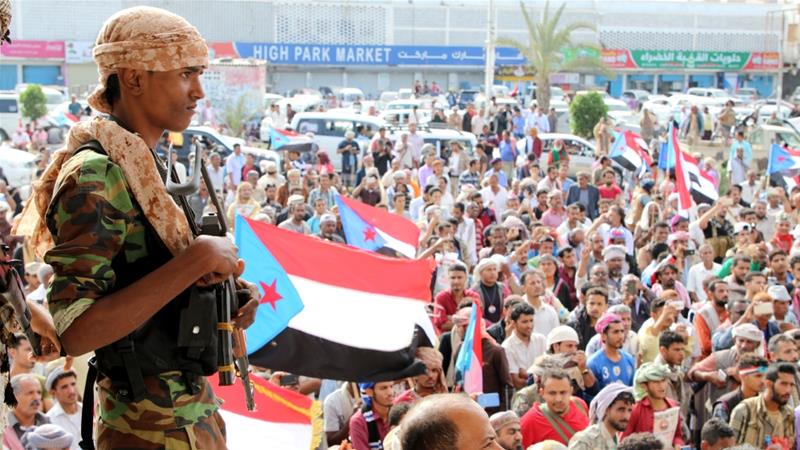 Is Yemen on the path to inevitable partition?

Mads Mikkelsen Is in Talks to Replace Johnny Depp in Fantastic Beasts 3: Reports

Fact checking Donald Trump’s claims from the past week