Facebook has removed nearly 150 accounts which targeted UK politics with ‘co-ordinated inauthentic behaviour’ by engaging in hate speech and spreading division across the spectrum of political debate.

Individuals operating the 137 accounts, groups and pages across Facebook and Instagram would present themselves as ‘far-right and anti-far-right activists’, wrote the company’s head of cybersecurity Nathaniel Gleicher, and would frequently change the names of pages and groups.

Two of the pages detailed in the investigation, the right-leaning Politicalised and another called Anti Far Right Extremists, had more than 20,000 and over 12,000 followers respectively.

Making the announcement in a blog post, Mr Gleicher wrote: ‘Despite their misrepresentation of their identities, we found that these Pages, Groups and accounts were connected. 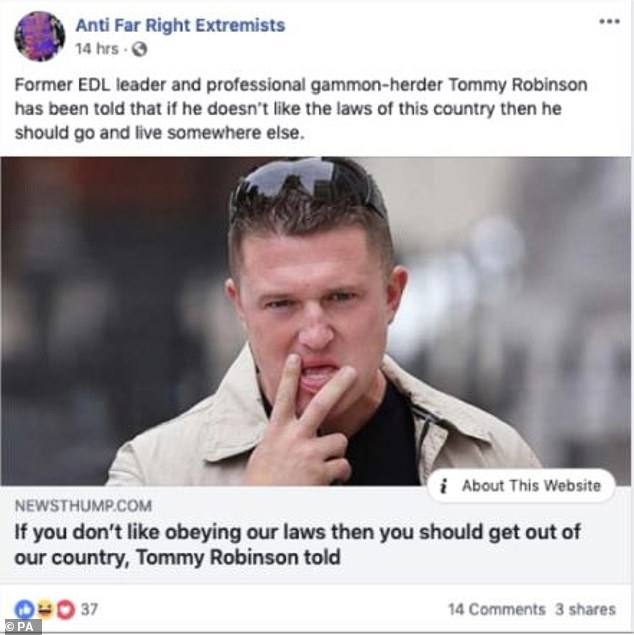 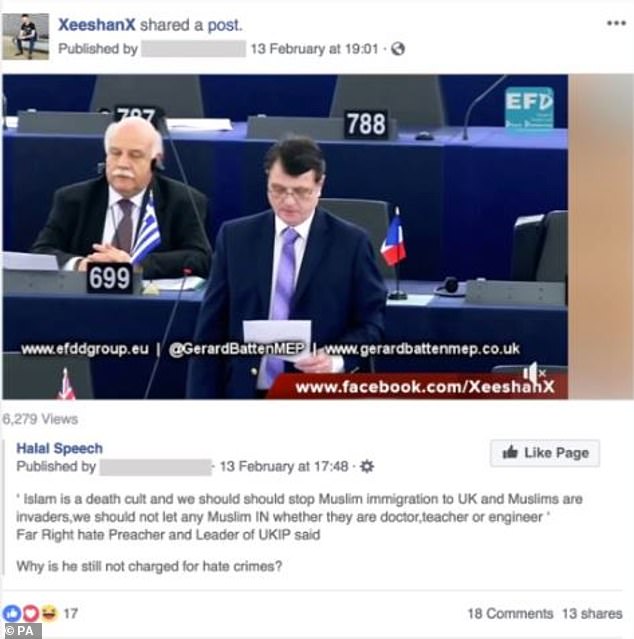 ‘They frequently posted about local and political news including topics like immigration, free speech, racism, LGBT issues, far-right politics, issues between India and Pakistan, and religious beliefs including Islam and Christianity.’

The accounts, followed by around 175,000 people on Facebook and 4,500 on Instagram, were removed for their behaviour, rather than the content, Mr Gleicher stressed, ‘because we don’t want our services to be used to manipulate people’.

‘In each of these cases, the people behind this activity coordinated with one another and used fake accounts to misrepresent themselves, and that was the basis for our action,’ he added. 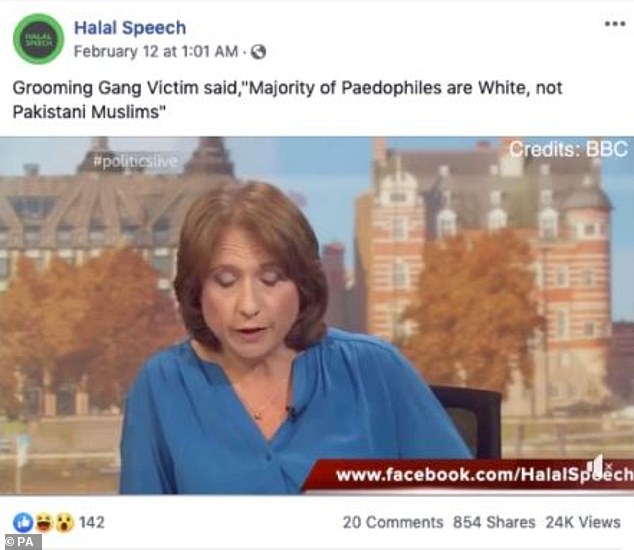 Two of the pages detailed in the investigation, the right-leaning Politicalised (pictured) and another called Anti Far Right Extremists, had more than 20,000 and over 12,000 followers

‘This move by Facebook is welcome but we also need Government to tackle this issue head on in their overdue white paper on online harms.’

Conservative MP Damian Collins, who chairs the select committee which recently authored a report into disinformation and fake news in the UK, said the network was likely to be the ‘tip of the iceberg’.

He tweeted: ‘When Facebook looks for fake accounts spreading disinformation and other harmful content it finds them.

‘The trouble is that it doesn’t look often enough. This is probably only the tip of the iceberg – Facebook finds UK-based “fake news” network.’ 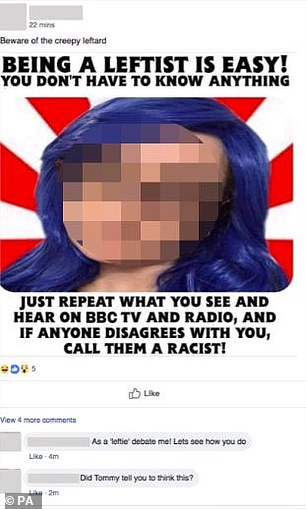 The accounts were identified through an internal investigation and information from British police, Mr Gleicher said, and the findings have been shared with police, politicians and ‘industry partners’.

The blog post also revealed similar but unconnected activity on a smaller scale in Romania.

The announcement is the latest in a string of headaches for Facebook chief executive Mark Zuckerberg in recent years, including rampant misinformation spread on the network, breaches of user data and allegations of political manipulation.

He turned down multiple requests to give evidence to the parliamentary inquiry into disinformation and fake news but claimed he would work to improve privacy on the network in a post on Wednesday.

Gleb Savchenko On How He's Making Co-Parenting 'Fun' Amid Divorce

Coronavirus could spark the 'deepest recession of our lifetimes'