Hot air from the Atlantic is predicted to send temperatures soaring into double figures by the end of April and the start of May following a brief cold spell this week. During the last week of this month, northern and western regions of the UK could bask in the warmest weather. Temperatures could reach 17C (62F) in Leeds and Manchester on Tuesday, April 27, while Stoke and Birmingham see 16C (60F), according to WXCHARTS.

By Tuesday, May 4, the south-east of England is expected to back in highs of 15C (59F) in London and Norwich.

Brian Gaze, a forecaster at Weather Outlook, predicted temperatures to potentially reach sweltering highs 21C (69F) by the end of the month after a cool spell this week.

He told Express.co.uk: “There is likely to be some rain around, but most computer models are suggesting that high pressure will bring a lot of dry weather during the rest of the month.

“Temperatures depend on where the high pressure becomes centred. 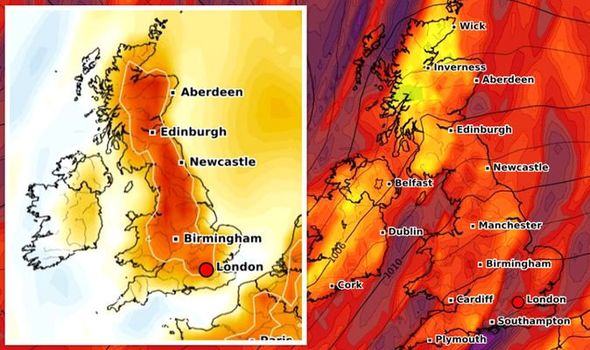 “However, the nights probably remain chilly and there could be an ongoing frost risk, particularly in the north.

“However, in the afternoon sunshine it should feel pleasant.

“The best chance of some proper spring warmth is likely to be during the last week of April, with computer models suggesting about a 30 percent chance of temperatures reaching 21C.”

The BBC’s long-range forecast between Monday, April 26 and Sunday, May 2, added sub-tropical air from the Atlantic could blast a warm front into the UK by the beginning of May. 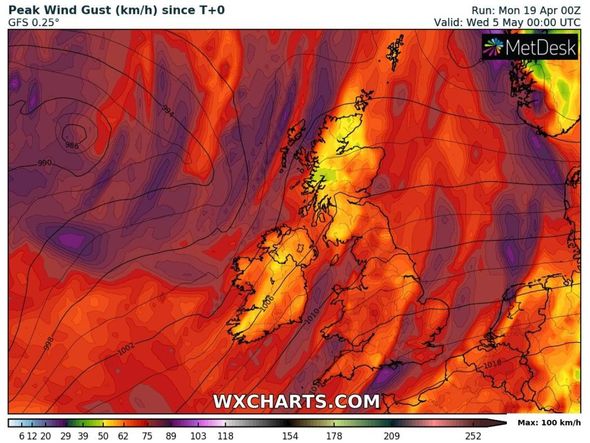 The forecast said: “The first half of May should bring further high pressure for a time, leading to some drier weather with changeable temperatures as the high centre shifts about.

“This is again supported by some of the computer model outlook and many of our historical analogues.

“Similar to the previous weeks though, we can’t pin down where exactly the high centre will be.

“The temperature forecast is extremely sensitive to the location being precise. 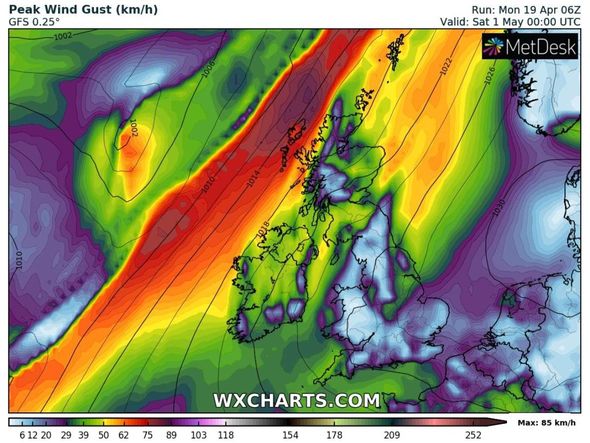 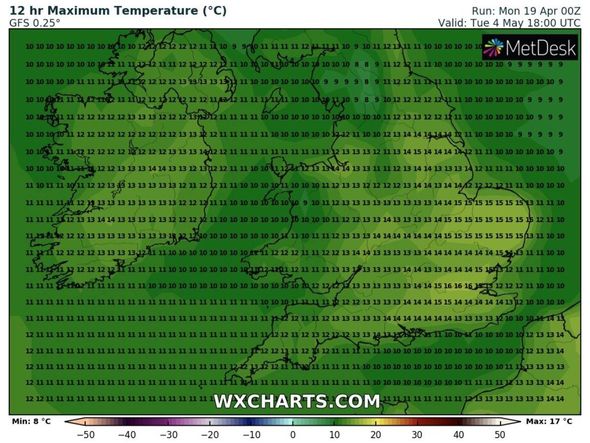 “What we can tell you with some reasonable confidence is that May should start out largely dry and settled with perhaps a bit brief spells of rain for some.

“As we head towards the middle of the month, high pressure may shift away for a time and allow the storm track to strengthen and return to northwest Europe.

“This would bring more unsettled weather back to the UK after a lengthy dry spell along with milder temperatures as warm fronts drag in sub-tropical Atlantic air.

“This pattern is more likely to develop later in May, and we will have to wait for the large high pressure in northern Europe to ease first. Overall, confidence is low for this range.” 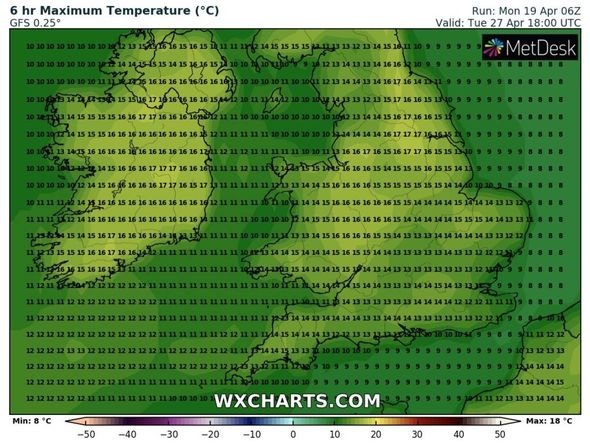 The Met Office also predicted sunny spells to strike next month as spring gets in full swing.

The forecast between Friday, April 23, and Sunday, May 16, said: “Generally fine and dry on Friday, with sunny spells and patchy fair-weather cloud.

“Some showers possible for the far northeast, accompanied by gusty winds; these winds are also expected for the far southwest where gale-force gusts could be seen in exposed areas.

“For most of April, high pressure is expected to dominate, meaning most places will be dry and bright, with some morning fog patches in places where winds are light. 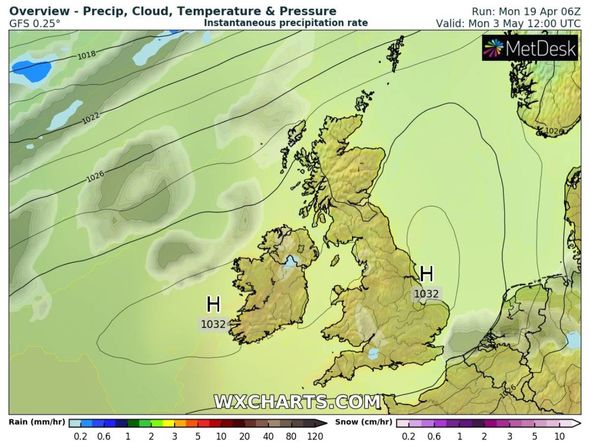 “After a dip in daytime temperatures at the start of the period, it will probably warm slightly by day, although overnight frosts remain probable in rural areas.

“Mixed weather patterns, typical of spring are most likely through the first half of May.

“Temperatures are likely to be close to the average for the time of year, with the possibility of some warmer spells.”

'The Conners': Lecy Goranson on Becky's Struggle With Sobriety