A ticket-holder has claimed the £115 million jackpot in the first EuroMillions draw of the year, operator Camelot confirmed this afternoon.

The player has become the fourth biggest winner in UK after scooping the entire £114,969,775.70 jackpot.

A further 10 players have also pocketed £1 million each in the New Year’s Day draw.

Camelot said the prize money will be paid when the ticket is validated and that the winner will choose whether to reveal themselves publicly. 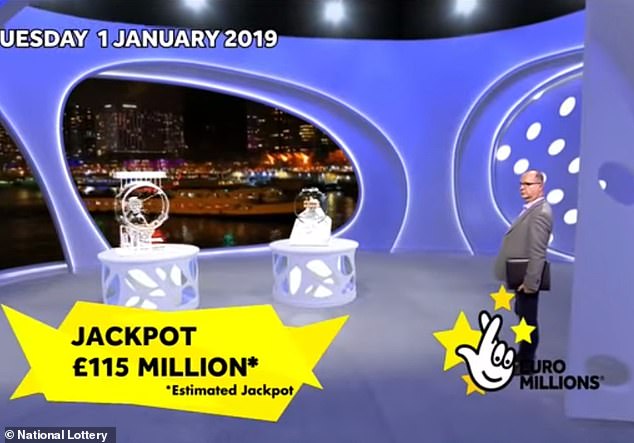 What can the lucky ticket holder buy with the winnings?

575 tickets to space with Virgin Galactic. Sir Richard Branson’s company plans to charge just under £200,000 for the trip.

1,939 nights in the Royal Penthouse Suite at Hotel President Wilson in Geneva, Switzerland. The most expensive suite in the world costs 75,000 US dollars (£59,279.47) per night.

Pay Cristiano Ronaldo’s Juventus contract for more than four years. The deal was worth £510,483 a week when he signed in 2018.

Andy Carter, senior winners’ adviser at The National Lottery, said: ‘Imagine kicking off the New Year with an extra £114 million to your name.

‘What an amazing win and year ahead for one lucky UK ticket-holder.

‘This win ranks at number four in the list of the biggest ever National Lottery winners and we look forward to helping them begin to enjoy their win.’

In July 2011, Colin and Chris Weir, from Ayrshire, Scotland, became the biggest lottery winners in the UK, and across Europe, when they scooped more than £161 million.

Adrian and Gillian Bayford, from Suffolk, took home more than £148 million in August 2012, while the biggest prize awarded in the country in 2018 was £121 million, handed to an anonymous winner in April.

And last November, builder Andrew Clark, 51, from Boston, Lincolnshire, discovered he had won £76 million, six weeks after the draw.

He said he stockpiled tickets in his van, only checking them every three months. 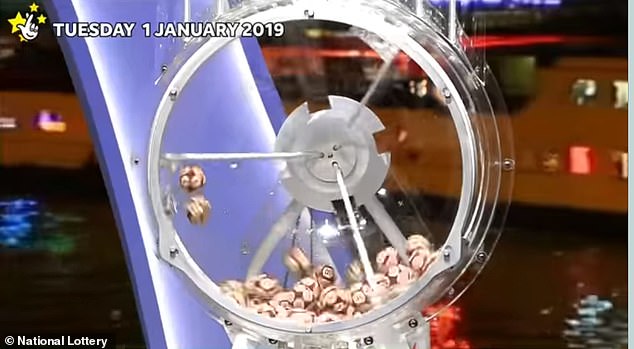 Who is the biggest ever UK lottery winner? Two couples and a former car mechanic top list

The couple, who have been married for 30 years, said they were ‘not scared’ of the wealth because they were going to have ‘so much fun’ with the money.

The pair, a retired TV cameraman and a retired psychiatric nurse, from Largs, in Ayrshire, said their children Carly, a photography student, and Jamie, a call centre worker, would be bought their own homes and cars.

The family made a £1million donation to the SNP shortly after winning.

The marriage ended just 15 months into their new jackpot winning lives, citing the stress of the money as the reason they needed to split.

At the time, a spokesman for Mrs Bayford said: ‘Gillian Bayford confirms that her marriage to Adrian has broken down irretrievably and they have separated.’

It came after Mrs Bayford was forced to deny she had an affair with the couple’s gardener, Chris Tovey.

Adrian and Gillian Bayford, from Suffolk, took home more than £148 million in August 2012

3. An unnamed ticket-holder claimed just over £113million in October 2010, and chose not go public.

Neighbours in Croydon described he and partner Nicky Ottaway moved out ‘almost overnight’ after they scooped the EuroMillions jackpot last March.

Mr Trotter admitted at the time that he was like his namesake, Del Boy Trotter from Only Fools And Horses.

5. A couple from Cambridgeshire, Dave and Angela Dawes, won more than £101million on their third go on the EuroMillions draw in October 2011.

Mr Dawes said he ‘didn’t sleep a wink’ the night of the win, as it was too late to call Camelot after the couple checked their numbers.

Last year, the couple were taken to court by his son, an Afghanistan veteran, Michael Dawes, 32, who said he was ‘ungenerous in spirit’.

But a judge ruled the millionaire father does not need to keep bailing out his son, who burnt through £1.6million in two years, and came back for more, failing to heed his stepmother’s advice to stop eating at the Ritz and go to McDonald’s instead.