Home » World News » UK snow tracker: Where is it going to snow THIS WEEK as icy snap sets in?

The Met Office has issued snow and ice warnings for Monday and Tuesday as Storm Dennis clears off and an icy band sweeps into the UK in its wake. With much of the nation already reeling from the massive storm, residents are being advised to take care and keep a close eye on forecasts.

Where is it going to snow?

The Met Office warnings for snow and ice are in place for parts of Scotland.

The warning details roads and railways which could be affected, as well as icy patches on roads and paths.

The Met Office is forecasting up to 5cm of snow accumulating in some areas.

The snow will be coupled with strong westerly winds which could lead to some drifting. 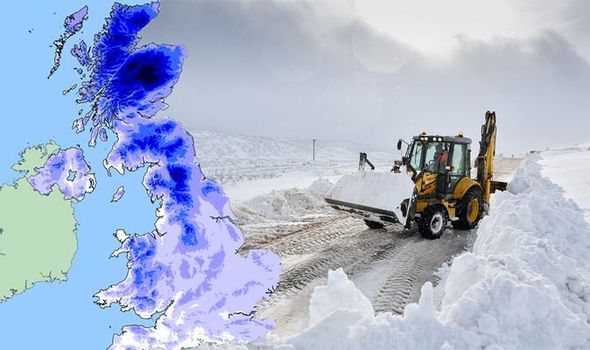 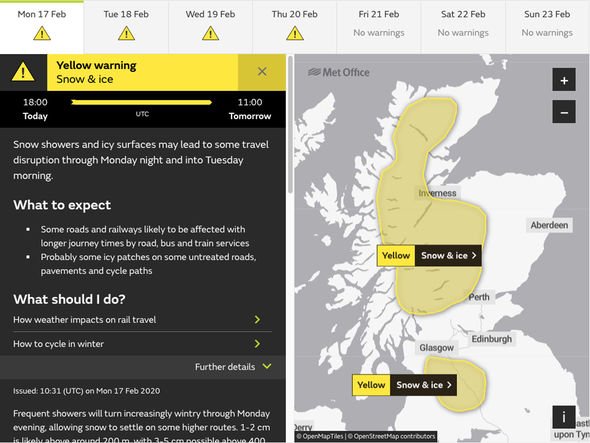 So where else could see snow this week?

While the Met Office hasn’t extended its snow warnings to any other regions, some forecasters are showing the risk of snow extending much further south.

NetWeather shows the whole of southern England and Wales could see snow, with a 40 percent chance of snow in London.

The general forecast does show icy conditions settling in over southern parts. 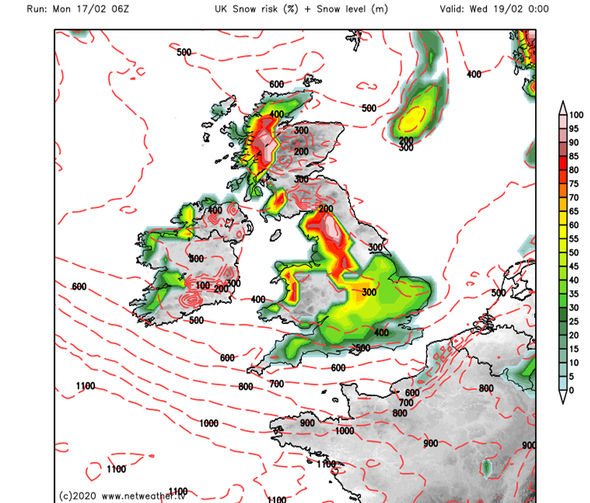 Despite the forecasts, snow isn’t common or likely in the south.

The UK gets on average 23.7 days of snowfall or sleet a year.

Most of this is snow falling on higher ground where temperatures are lower.

In Scotland, the figure is much higher, with snow or sleet falling on 38.1 days on average.

Statistically, the snowiest place in the UK is the Cairngorms in Scotland, with 76.2 days of snow or sleet falling on average.

Cornwall is the least likely to get snow, with an average of only 7.4 days of snow or sleet falling a year.

Much of this snowfall does not settle, and the figures for snow on the ground are much lower.

On average across the UK, there are only 15.6 days a year when snow is on the ground, compared to 26.2 days in Scotland. 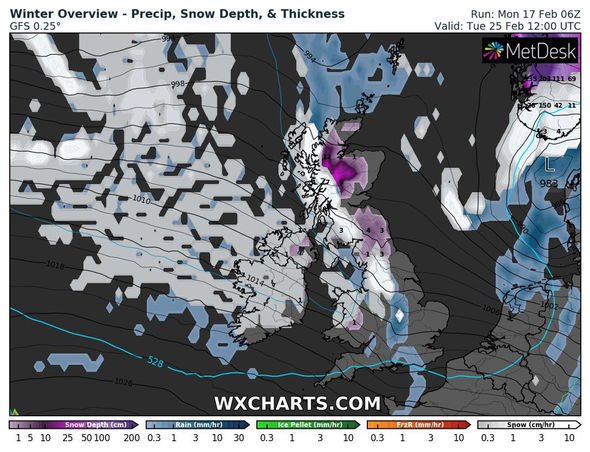 Again, most of the snow on the ground can be found in mountainous areas.

The most disastrous snow even in British history occurred in Lewes, East Sussex on December 27, 1836.

The snowiest winter of the twentieth century in the United Kingdom was 1947.