THE country will be hotter than Ibiza tomorrow with highs of 24C before the temperature drops this weekend.

The warm weather has been welcomed by Brits in lockdown who have been lapping up the sunshine during their hour of daily exercise. 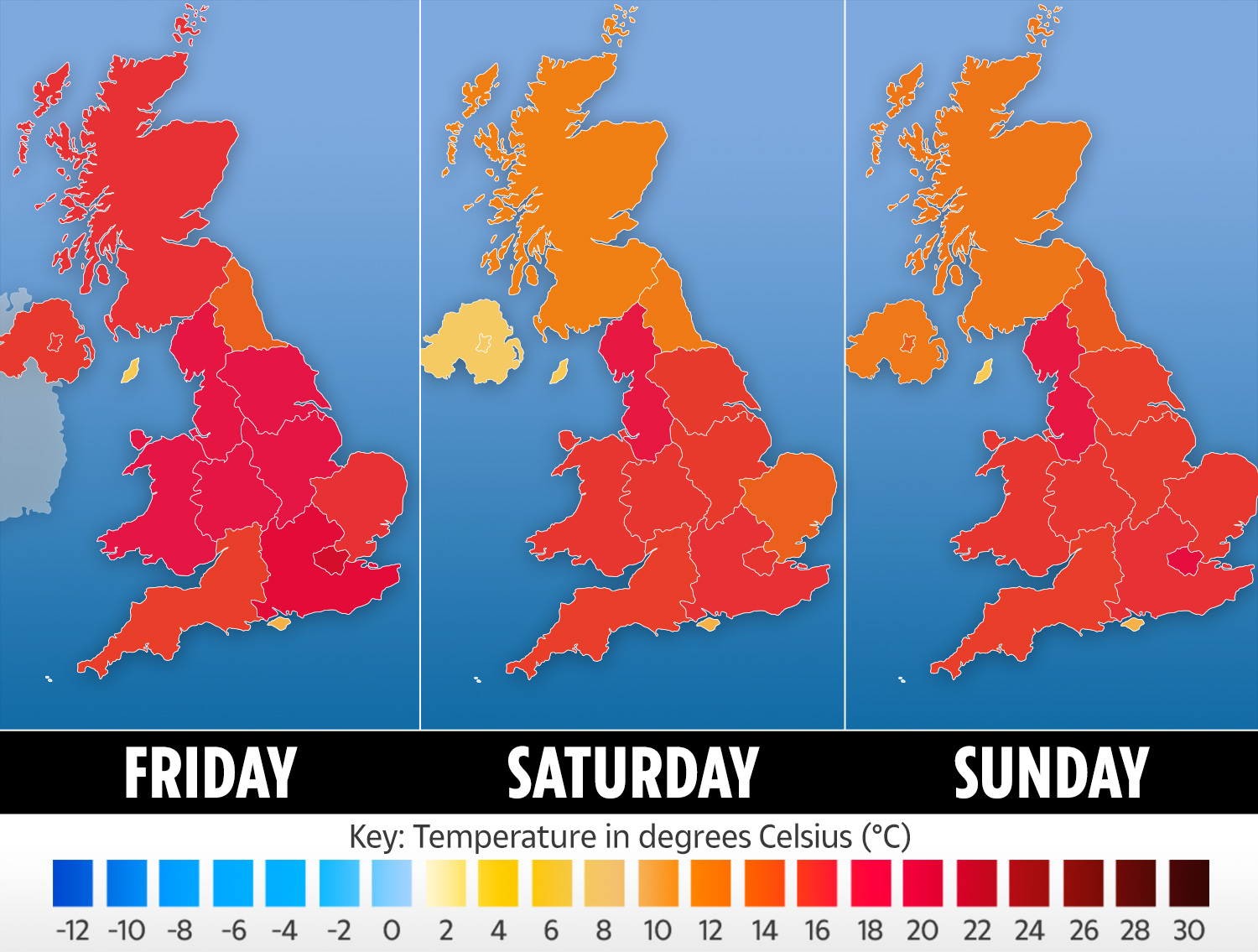 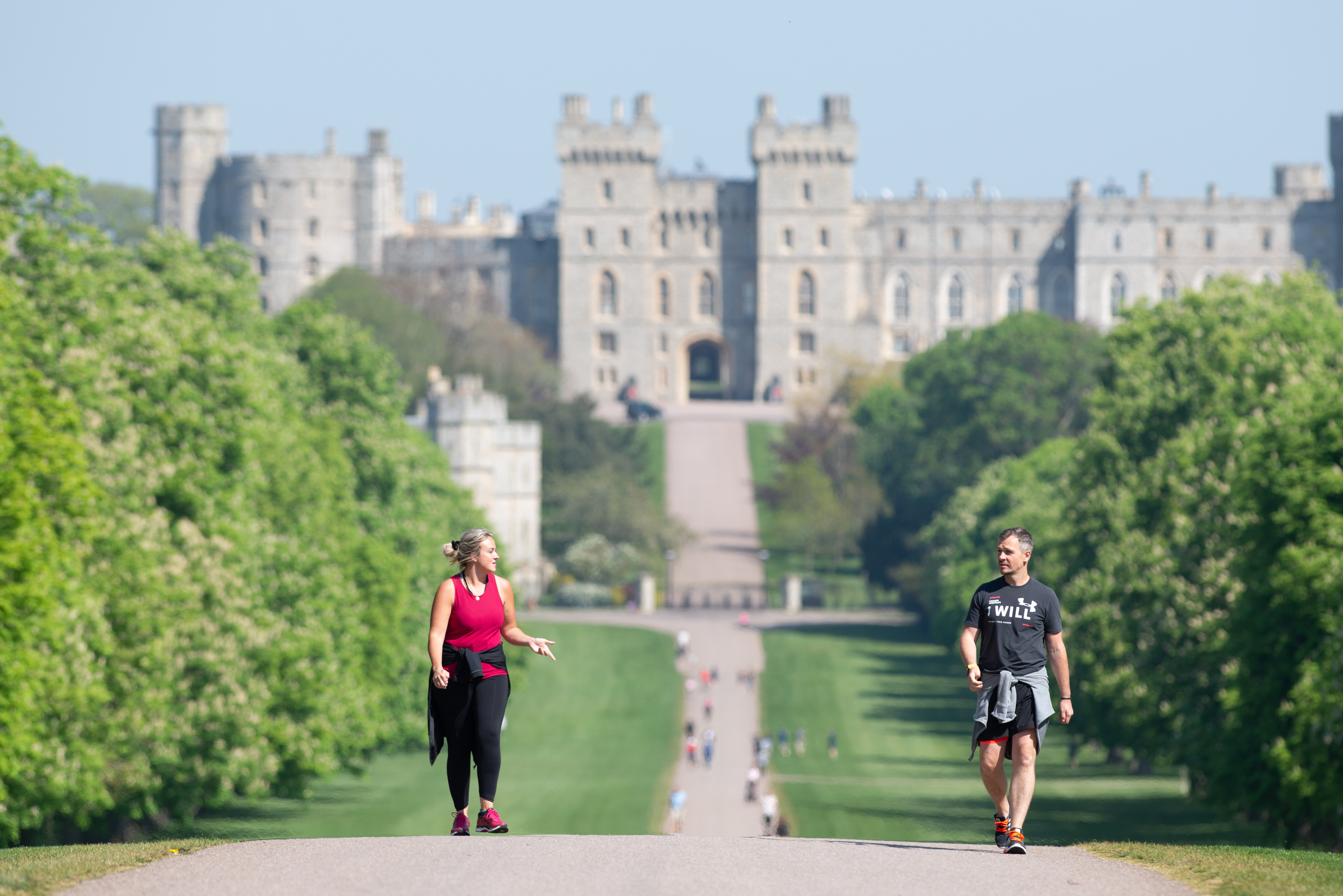 It has been a "remarkably" warm April with temperatures averaging 2.5C above normal for the month.

But after expected highs of 24 degrees tomorrow, the mercury is set to drop, throughout the weekend and into early next week.

While many Brits have had holidays cancelled, some can take comfort in knowing that tomorrow in Ibiza the temperature will be 6 degrees lower than in the UK.

Met Office meteorologist Craig Snell told The Sun: "For many of us tomorrow it's another dry and sunny day with highs of 24.

"On Saturday, another largely dry day, but on the eastern coast and in the south-west of England and Wales we may see some cloud. This could trigger the odd shower, but they are expected to be brief."

Saturday, temperatures will be a maximum of 22 or 23 degrees for most of the country.

Mr Snell said: "Sunday will be the day it changes, temperatures will be slowly falling away from that point. 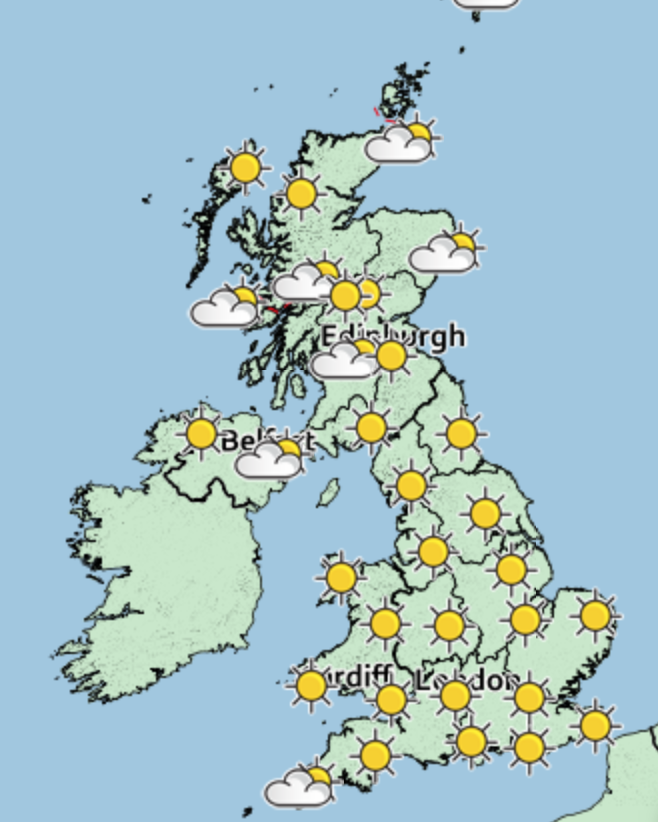 "We will see a band of showers working their way from Scotland to England during the day. London and the south-west won't see showers until the evening.

"The further north you are, the sooner you'll see showers. Northern England and Wales will have rain from about lunchtime.

"For some, this is the first spot of rain for a while. As the showers come, the temperatures will tumble."

On Sunday, the south will see highs of 22 and around 19 in the north.

Early next week the weather will be less settled, with light showers expected for Monday and Tuesday.

"Next week will be a little cooler and a little cloudier than what we've had. But it's not going to be cold by any stretch, just not the blue skies we've been treated to this week."

Another meteorologist for Met Office said there had been "barely any rainfall" in some areas since the start of the month, which meant it was on track to be one of the driest Aprils.

Summing up the month he added: "April's been remarkably warm and remarkably dry so far."

The country remains under strict coronavirus lockdown rules, however, with Brits unable to leave their homes and enjoy the weather.

The hottest day of the year in the UK so far was recorded in Treknow, Cornwall, on April 10.

Today Brits baked in temperatures higher than those in Lanzarote.

Police were seen breaking up groups of people sitting in the sunshine or sunbathing, reminding them that social distancing rules apply regardless of the sunny weather. 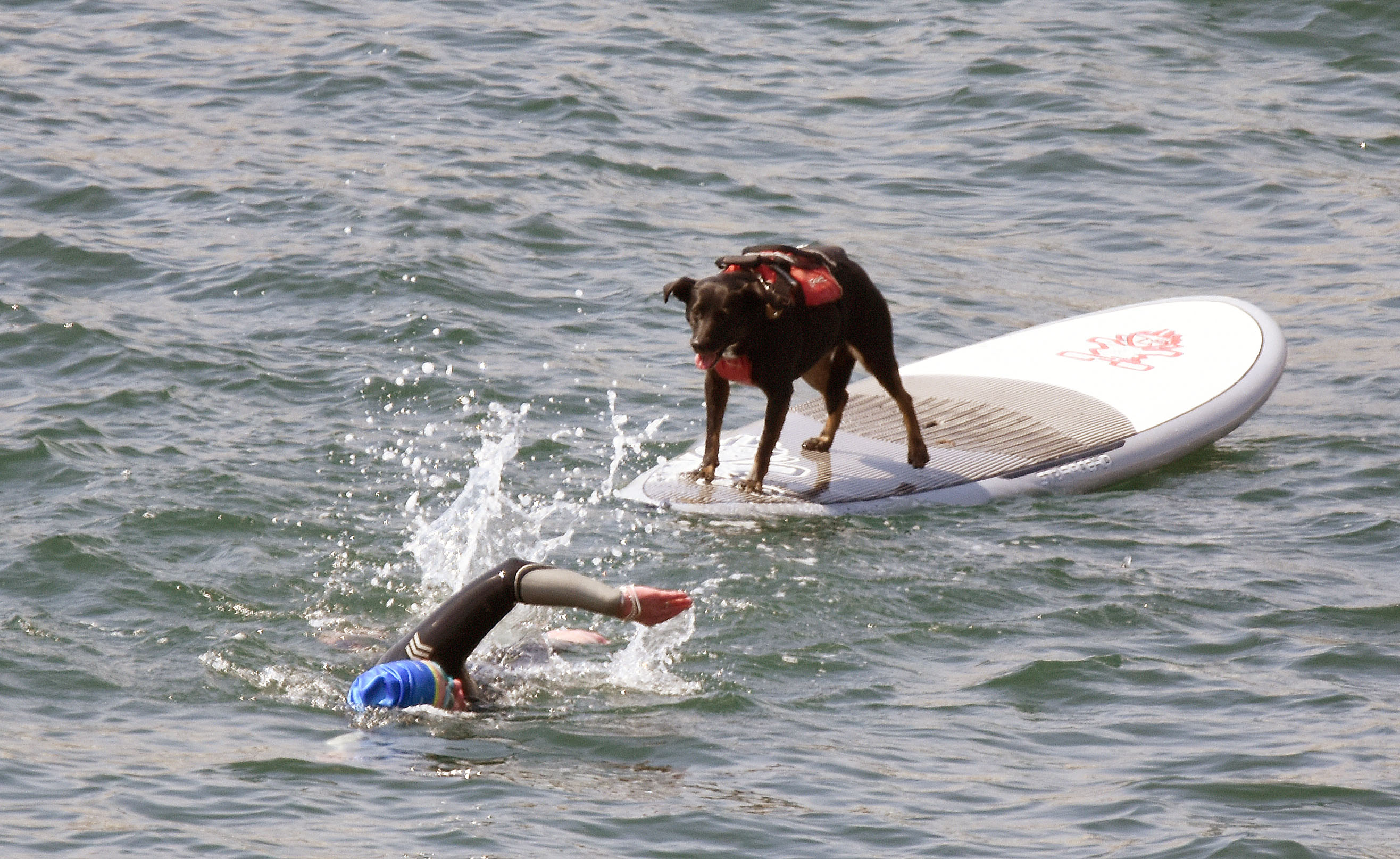 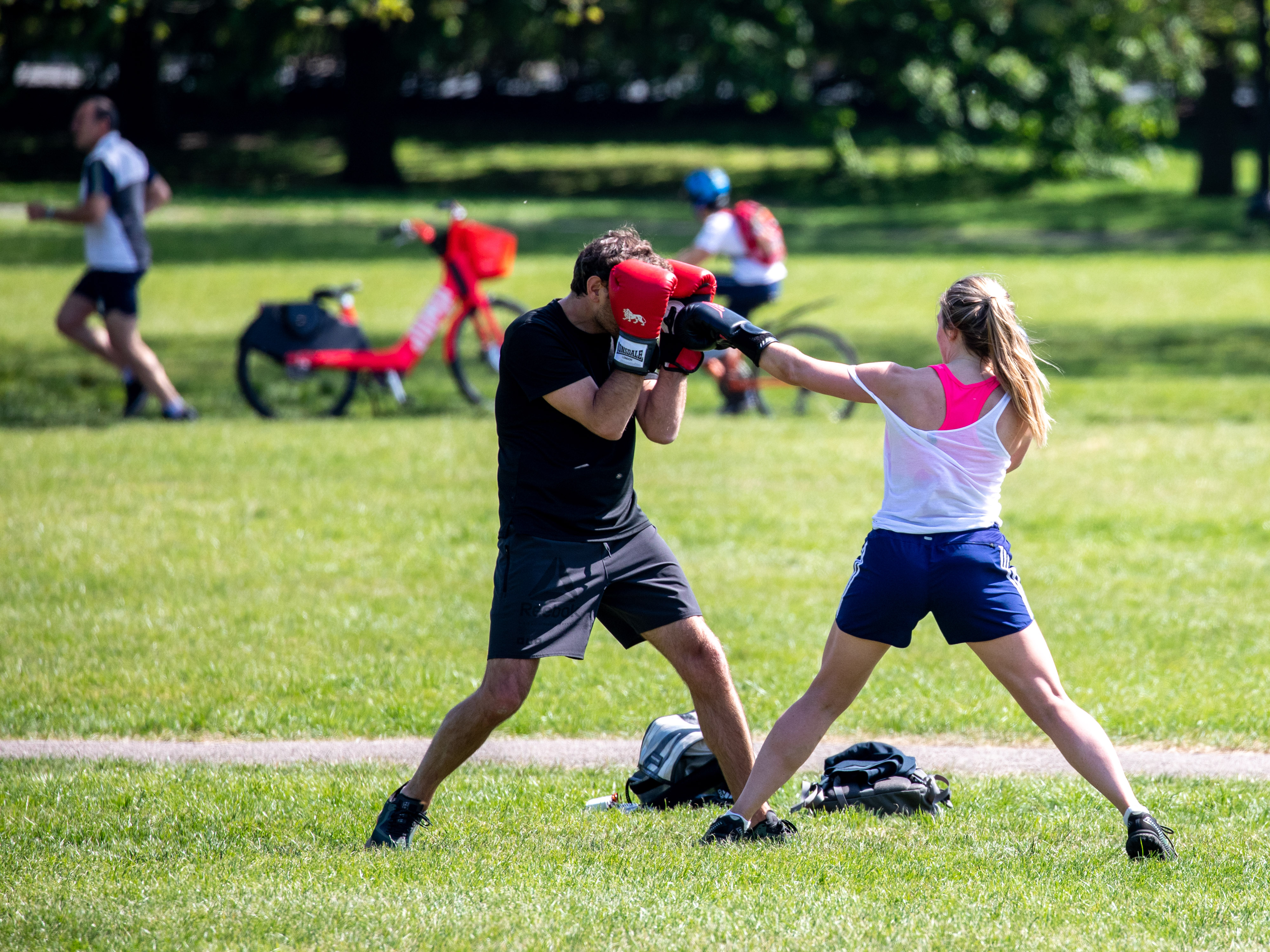 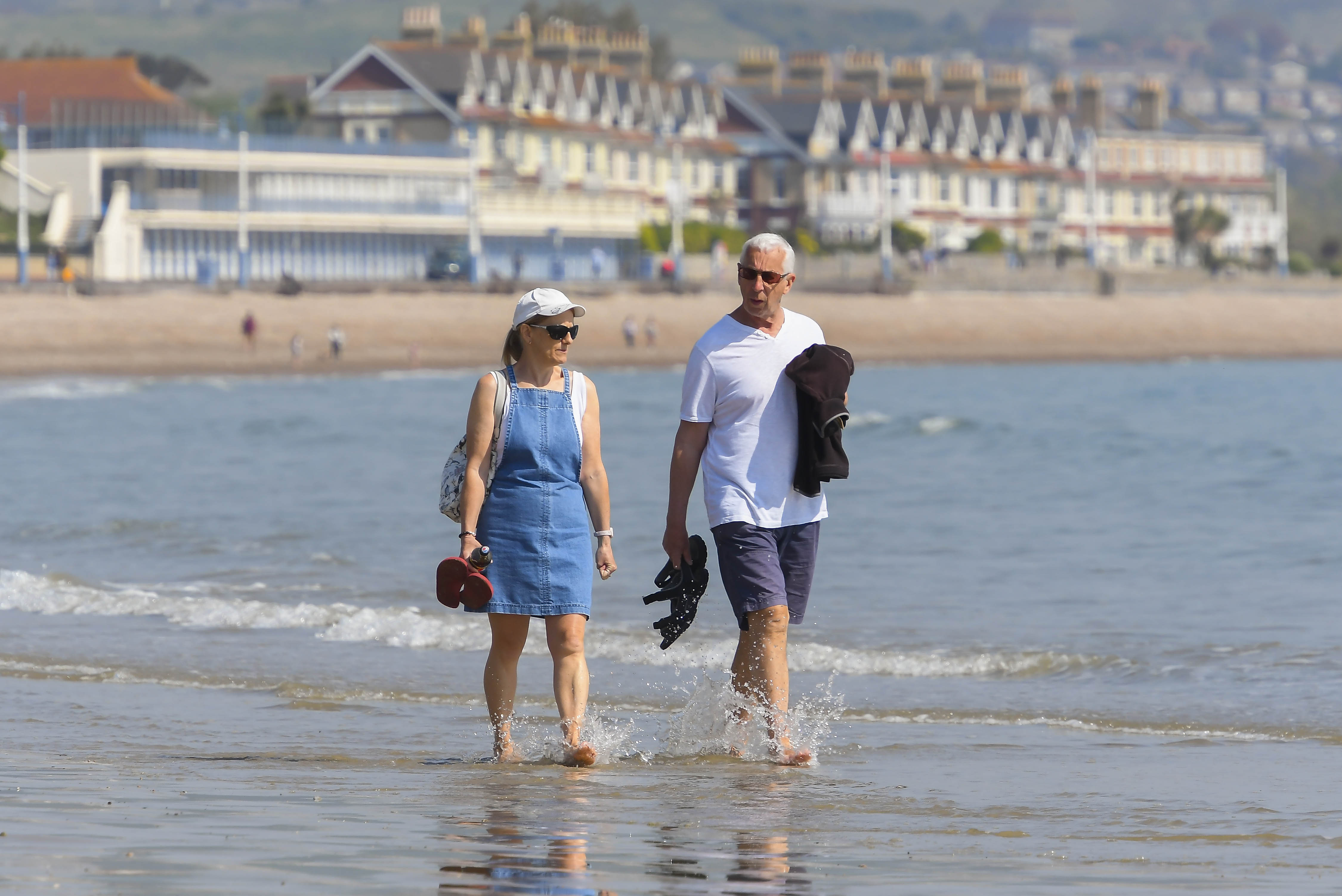 Which 'Cobra Kai' Star Has The Least Karate Experience, and Who Has the Most?

Sneaky way to find your Netflix viewing history – and delete it

BT broadband vs Sky – Cheaper prices for customers but which will really saves the most?