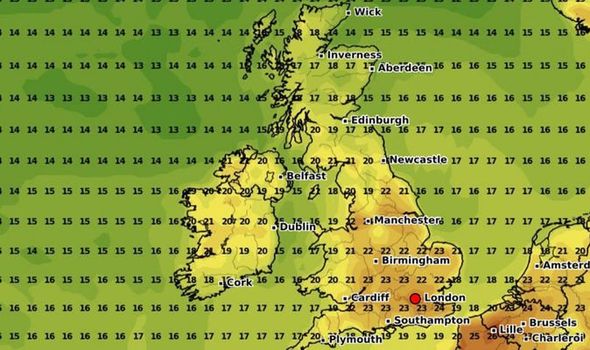 But a band of rain will slowly move across Northern England and Scotland. A yellow weather warning for rain has been since issued by the Met Office as there is risk to flooding of homes and businesses. Temperatures in the south are expected to be in the high 20s while the north of the country will see a high of 17C.

“There’s some cloud as well as a bit of a mixed bag out there this morning.

“But the best of the sunshine is likely to be across parts of Wales and southwest England.

“Those sunny spells should last well into the afternoon as we go through the rest of the day.” 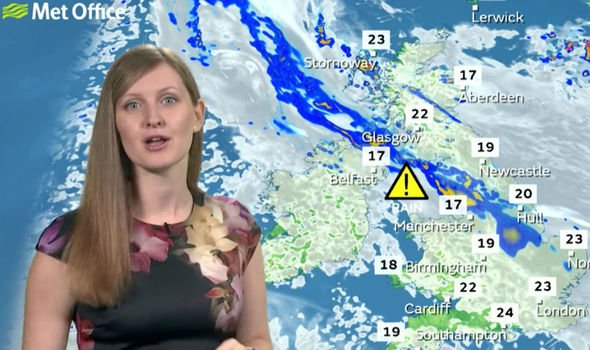 The band of rain stretch from Northern Ireland to North England will create a lot of surface water on the roads.

But by the afternoon, the rain will gradually start to ease to cloudier skies for the rest of the day.

Much of Scotland can expect to see thunderstorms late Sunday while the Shetland Isles will see blue skies.

Ms Mitchell added: “Those sunny spells continuing in the southwest through the evening. 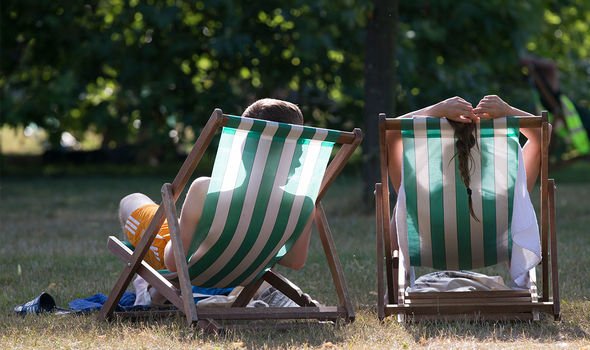 “The rain gradually starting to fizzle away so becoming much less heavy by the end of the night.

“We hang on to the bulk of the cloud for this evening though.

“As we look ahead to next week it’s mainly a picture of sunshine and showers.

“Most of us will see some warm sunshine between the rain.”

The Truth About Sarah, Duchess Of York’s New Career

See All the Celebs Switching It Up in Wigs

Tennessee fisherman catches bass holding snake in its mouth: 'The head was looking at me'