The Met Office is currently forecast today will be “dry with light winds and plenty of sunshine” across most parts of the UK. Some “coastal showers” are expected in the west, while northern Scotland is also expected to see some cloud, wind and rain later in the day. But overnight temperatures are expected to drop into the low single figures across the UK. 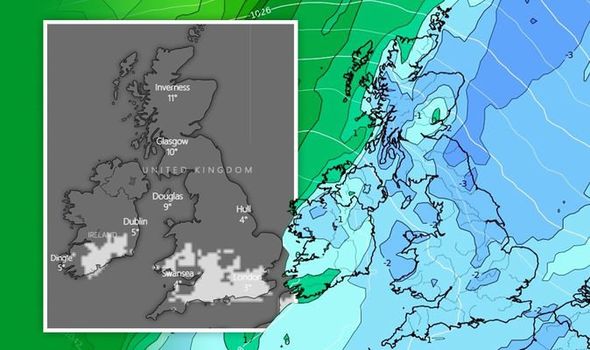 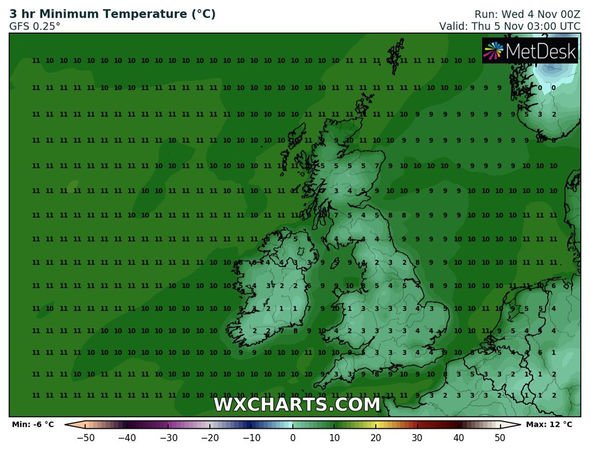 The Met Office forecast for tonight states: “Turning cold under clear skies across central and southern parts with frost and fog patches.

“Cloudy and windy across Scotland with some light rain and drizzle, mainly in the northwest.”

WXCHARTS maps, which use data from MetDesk, show the temperatures tonight could get as low as 1C in some parts of the country.

Frost and fog is also likely on Thursday morning, according to Netweather.

The forecast for Thursday states: “Another cold start on Thursday, with a frost likely and also some fog patches across parts of England and Wales at dawn.

“Fog maybe slow to clear across parts of the south, due to little wind, where it lingers temperatures staying in single figures.

“Otherwise a dry day for most, with a good deal of sunshine across England and Wales, more in the way of cloud across Scotland, N. Ireland and far north of England – which may be thick enough to bring the odd bit of drizzle.

“Temperatures will actually be lowest in the south, where they’ll reach 10-11C, in the north, where there will be a brisk westerly breeze, 12-15C.” 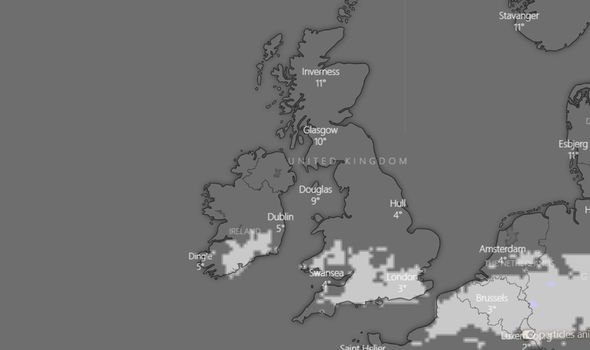 10am update: Could the UK see snow in November?

According to Netweather forecast charts, some parts of the UK could see snow later this month.

Around Wednesday, November 18, snow risk forecast maps shows snow could be possible across parts of Scotland.

In addition some parts of northern England could also potentially see some snowfall on this date. 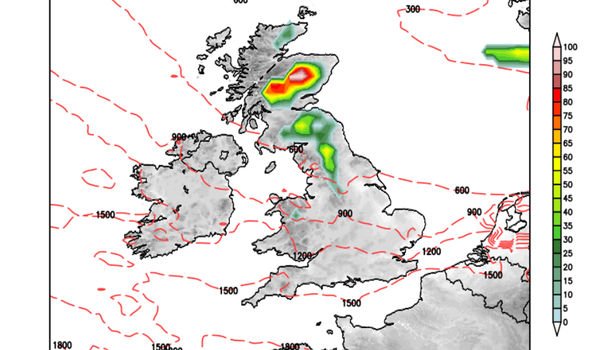 9.50am update: What is the weather forecast for Thursday?

The Met Office forecast for Thursday states: “Dry for most.

“Plenty of sunshine in the south, though fog patches may be slow to clear in places.

“Cloudier in the north with a little drizzle over northwestern hills.”

The Little Mermaid Live: Everything to Know, from Who Is in the Cast to How to Watch on ABC

Gwyneth Paltrow Blurts Out That She Has Never Seen ‘Spider-Man: Homecoming’