WEATHER forecasters have issued 'danger to life' warnings as the UK braces for more heavy rainfall and flooding.

Large swathes of the country will be battered by flooding and torrential downpours as the Met Office set two yellow and one amber weather warnings for Monday afternoon and Tuesday. 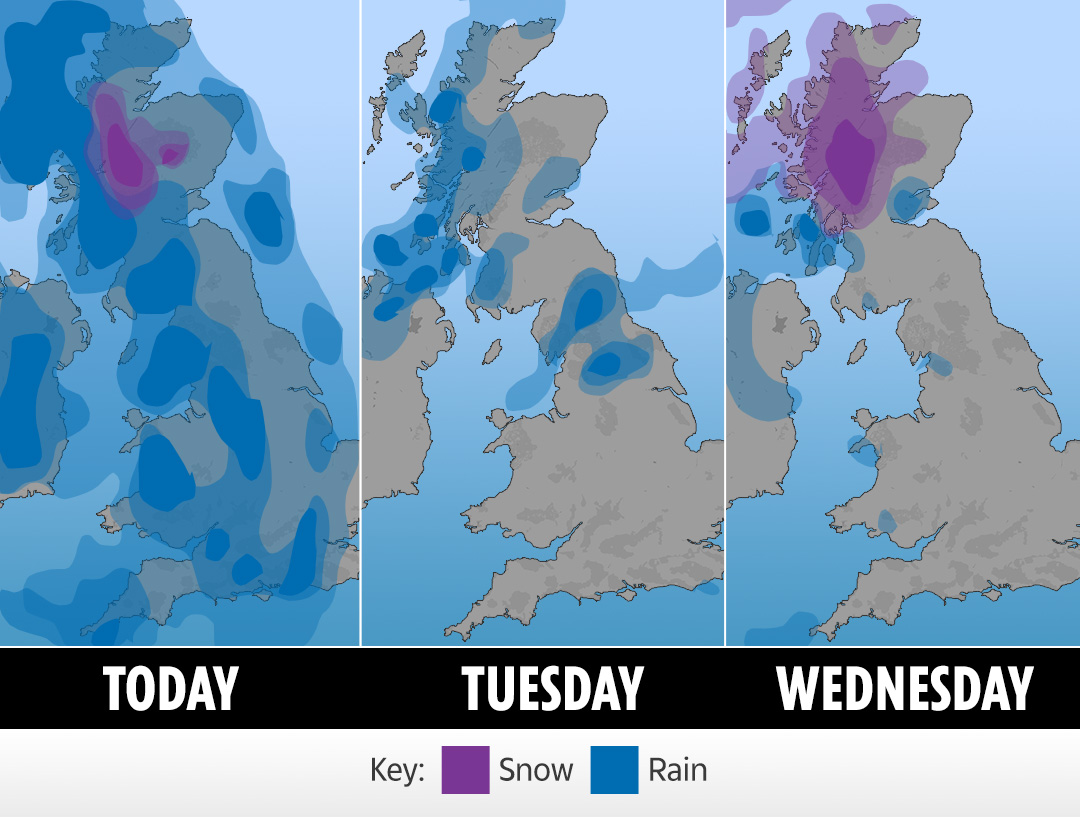 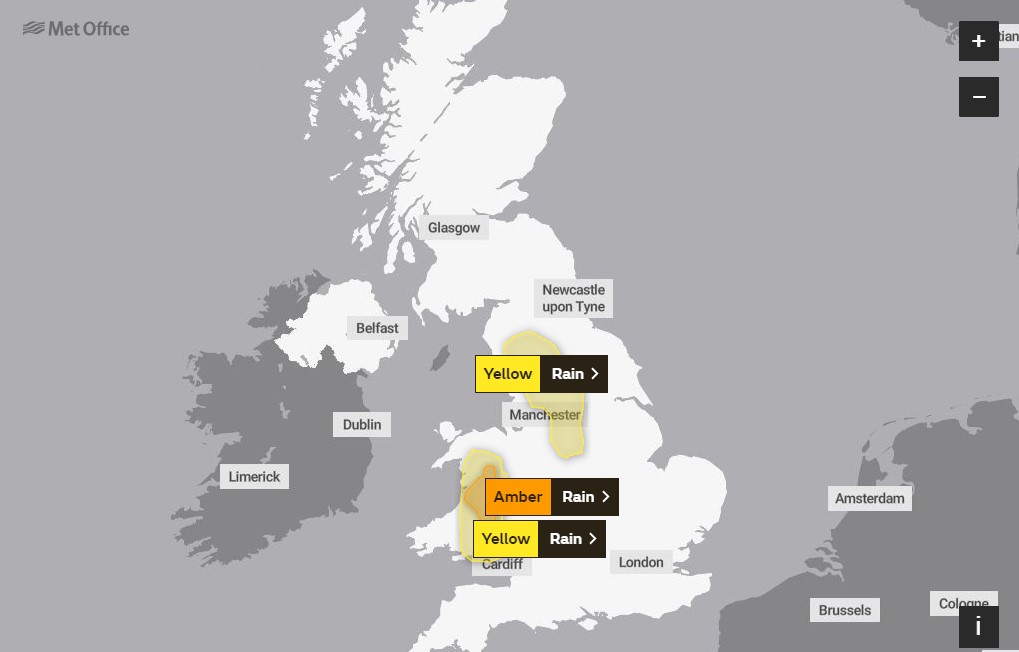 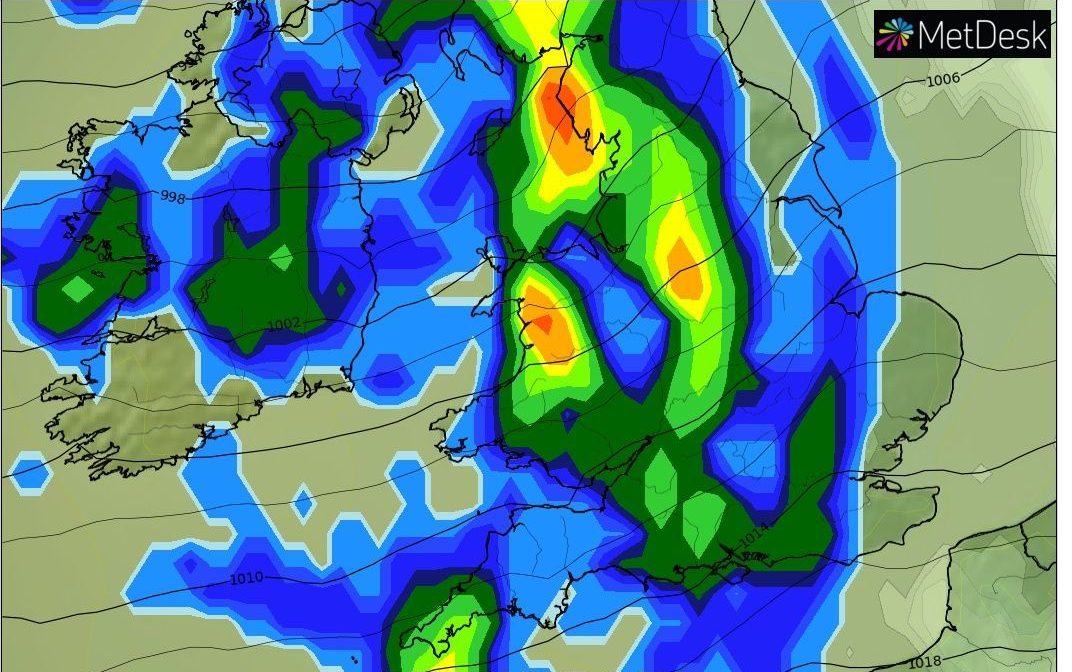 The Met Office has issued amber and yellow warnings between Bangor and Swansea in Wales for today and tomorrow – with some parts expected to be submerged by over 100mm of rain.

The average rainfall for Wales in March is 117mm – meaning the worst affected areas could be hit by three weeks of rain in just over 24 hours.

As such, the Met Office warned there is a high risk that communities such as Newton and Builth Wells could become cut off by flooded roads.

A separate yellow warning has been issued for the north west of England that covers Stoke on Trent, Greater Manchester, Leeds, Sheffield, Preston and Wakefield.

A projected 50mm of rain – a little under half the monthly average for March – is due to fall in these parts.

The Met Office warns the risk of flooding and fast flowing water could pose a serious risk to life.

SPONSORED CONTENT: How to save £219 a year off your energy bills

BEAT energy price rises year after year with Switchcraft. It's free and it could save you an average of £219 a year.

News UK has a brand partnership with Switchcraft.

Relentless downpours are likely to bring flooding to homes and businesses, as some parts of the country experience the aftermath of three named storms bringing chaos to the north of England.

Homes and businesses could be flooded, while flowing water and torrential rain could cause damage to buildings.

Transport in warning areas will also be affected, with delays and cancellations to buses and trains expected.

Roads may become closed due to flooding, with dangerous driving conditions facing motorists who decide to brave the conditions.

Some homes and business may also experience cuts to power and other services.

Met Office meteorologist Tom Morgan told The Sun: “Over the next 24 hours we are expecting widespread rainfall in western parts of the UK.

"We have a number of Yellow warnings, including the north west, central England, parts of the midlands, but primarily the warnings are focused on parts of Wales.

"But Wales is where we are most concerned about the prolonged effects of rain.

"A central slice of Wales, highlighted by an amber warning, is where the ground will remain saturated, and the heavy rainfall will make for dangerous conditions.

"There will be transport disruption and a risk to properties being flooded and a danger to life from fast flowing water.

"Not good news after an exceptionally heavy, record-breaking wet month in February."

However, the meteorologist added because of the saturated ground, there could be further torrential conditions in the area.

"Stay in touch with the forecast in these areas for the next coming days as we expect more rainfall to come.

We also advise people to keep checking the Environment Agency website for details of river flooding" he continued. 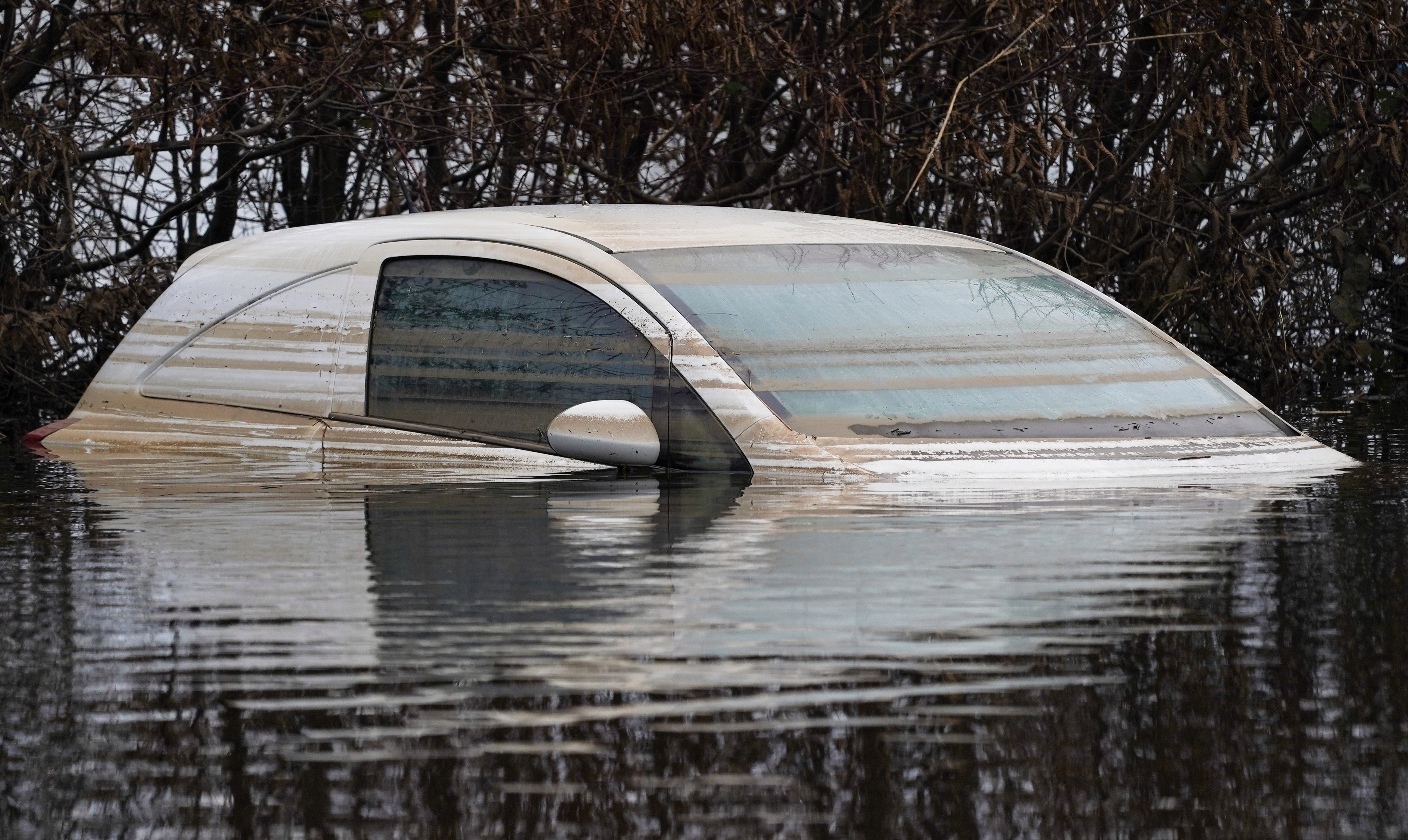 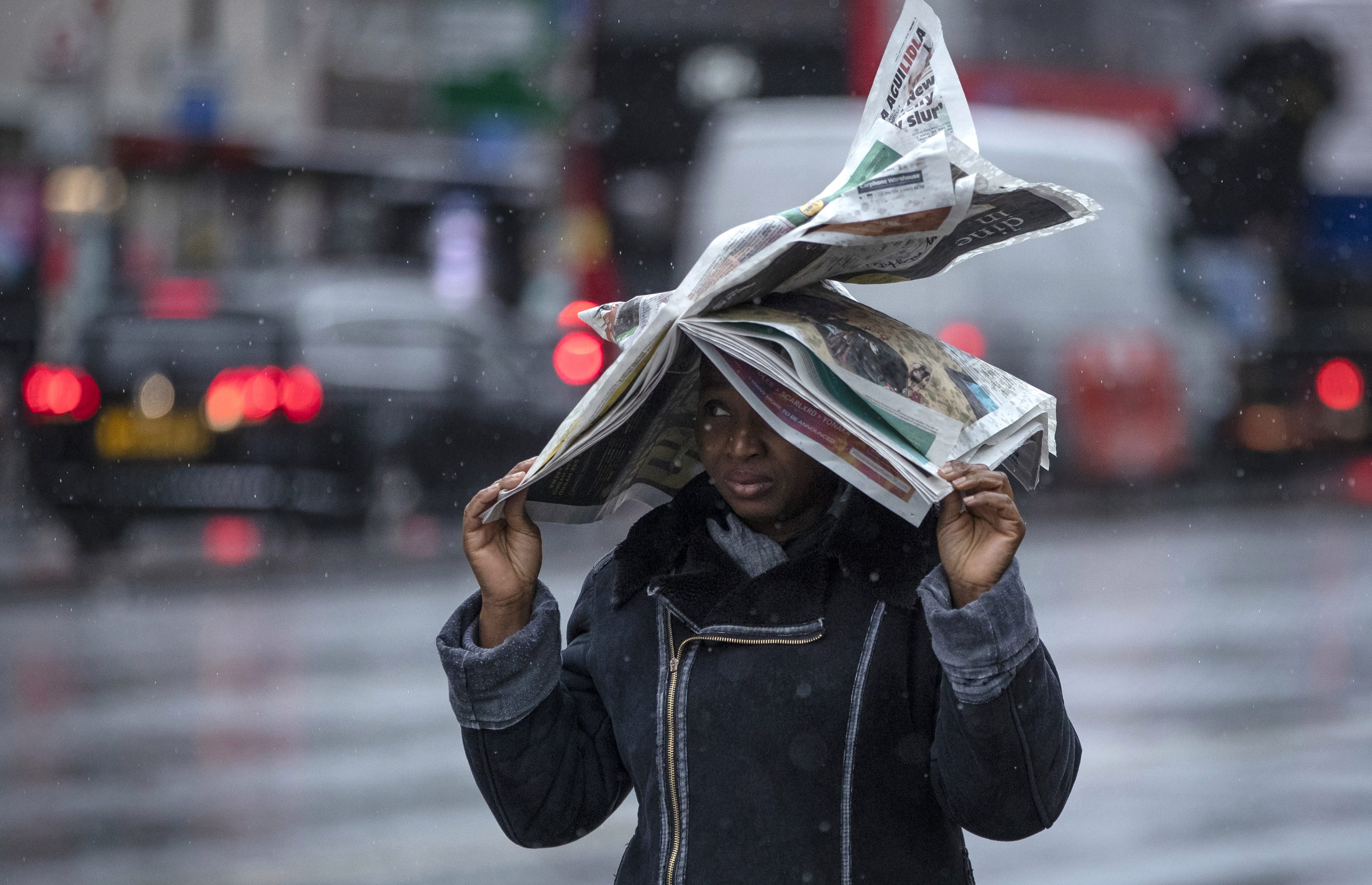 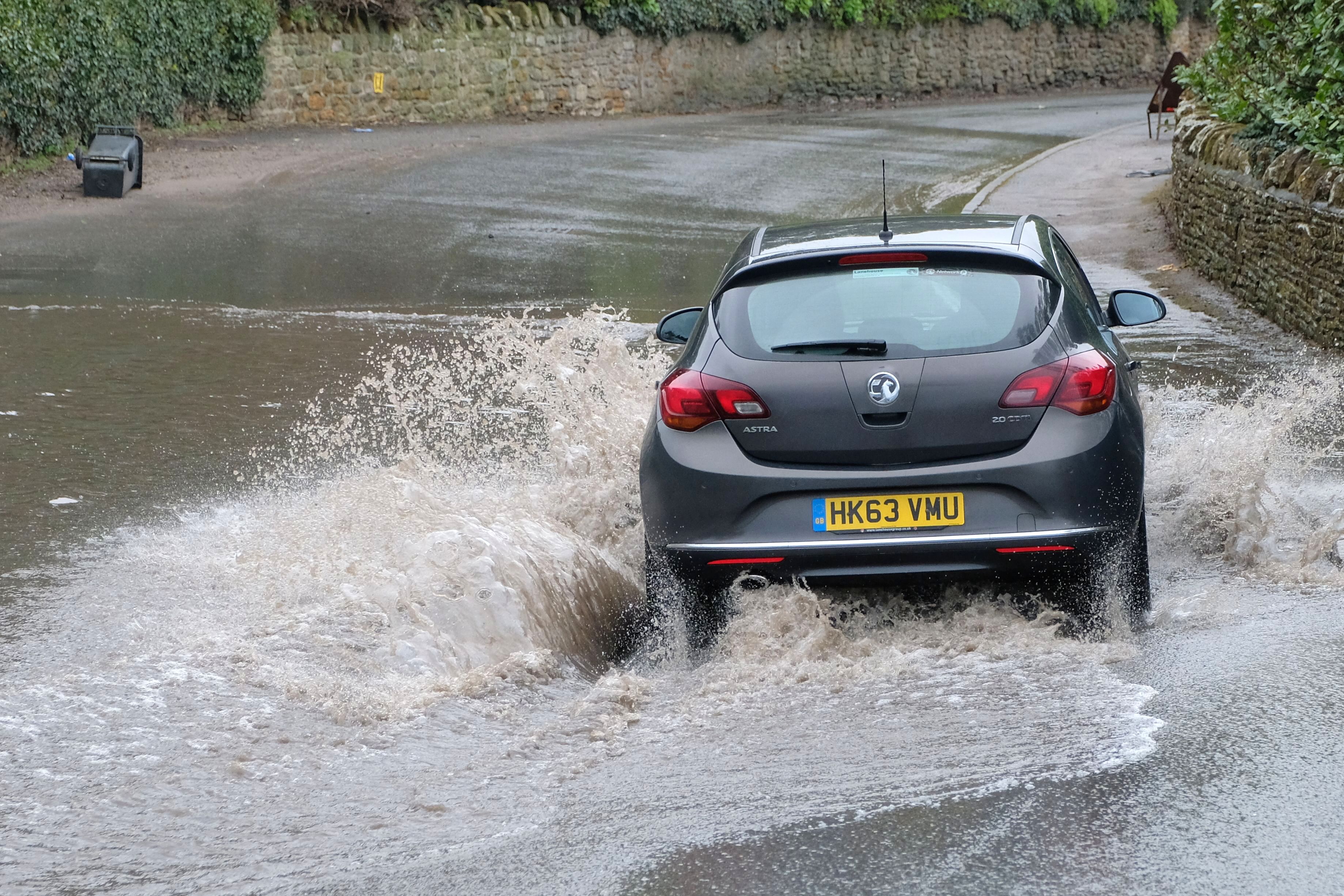