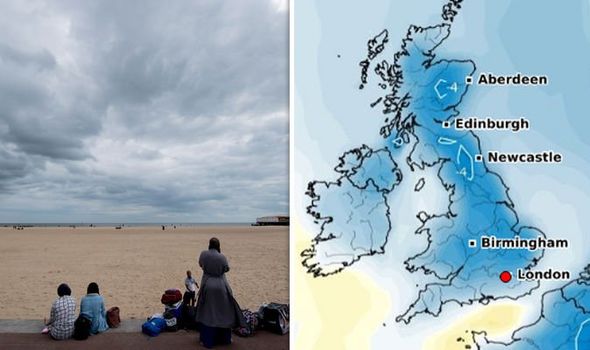 For many across Scotland and the far north of England, it will be an overcast start to the day. Moreover, Met Office meteorologist, Greg Dewhurst has revealed that there could even be some “minor outbreaks” of rain during Thursday morning. Commenting on the weather, Mr Dewhurst said: “There will be further cloud and outbreaks of rain for Scotland particular.

“There will be further outbreaks of rain across parts of the Highlands.”

However, for the rest of the UK it will be a clear and bright start to the day despite the slightly “chilly” start.

Following that slight cold start to the day, Mr Dewhurst revealed that temperatures will continue to rise throughout the day for the south of England.

Unfortunately for Scotland, the minor outbreaks of rain that occurred in the morning will become “increasingly heavy” in the afternoon. 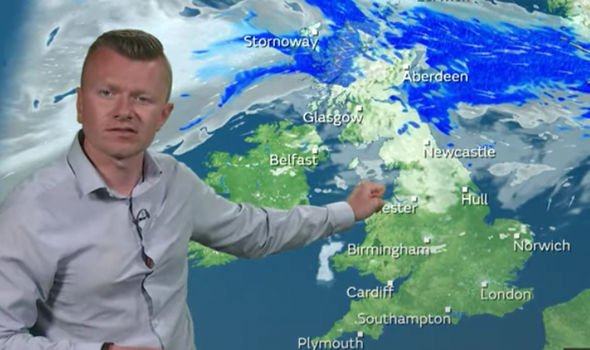 While there will be showers in Scotland, temperatures in the south will hit between 24-26C (75-79F).

Accompanying those showers there will be a drop in temperatures with the highest being 15C (59F).

Heading into the evening, the south-east of England will remain bright and clear but for areas in the north, the cloud will continue to descend from Scotland.

With that cloud, Mr Dewhurst warned that there could be the chances of some “splashes of rain”. 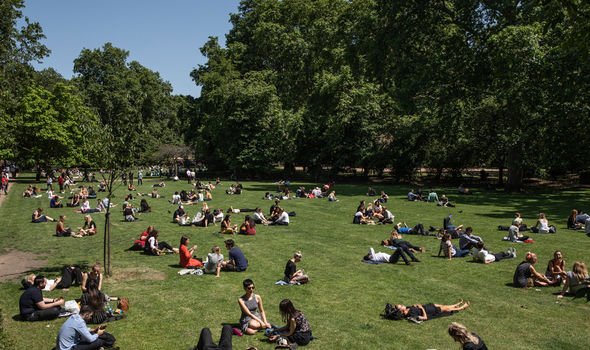 However, the brunt of the rain will, unfortunately, remain solely in the northwest of Scotland where it will heavy.

Going into Friday however, Mr Dewhurst revealed that a weather front will hit the UK which could cause temperatures to drop.

He added: “As we head towards the weekend high pressure generally remains in control through the working week.

“We do see a weather front moving in across northern parts through Friday, however.”

Off-duty cop ‘believed to have shot and killed man, 25, in front of home’ – The Sun

Leah Messer Gets Slammed By Fans: Why Would You Mock Kailyn Lowry on Her Birthday?!