Home » World News » UK weather: London's streets FLOODED after an inch of rain deluges city in an HOUR – and there's more to come

LONDON has been plunged into travel chaos by flooding after an inch of rain hailed down on the city in just an HOUR – with more wet weather to come.

Flash flooding has caused havoc on several tube lines and roads in the capital have been submerged underwater as drains were quickly overwhelmed. 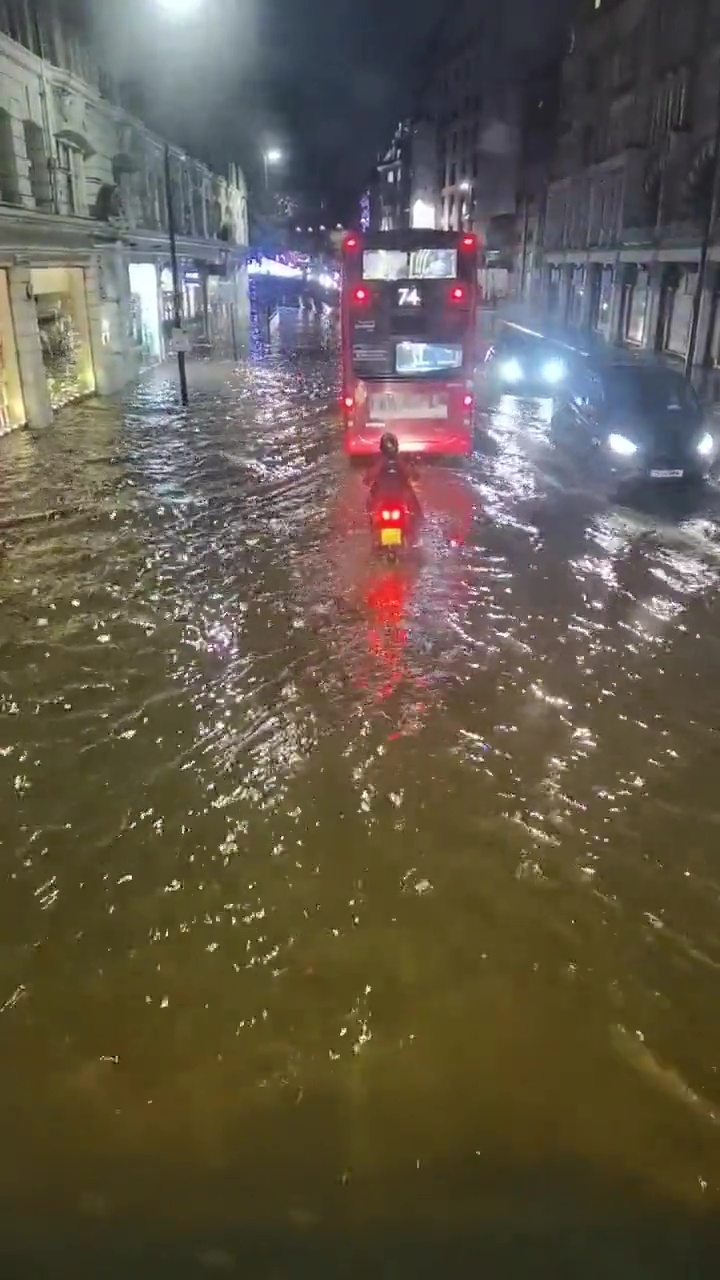 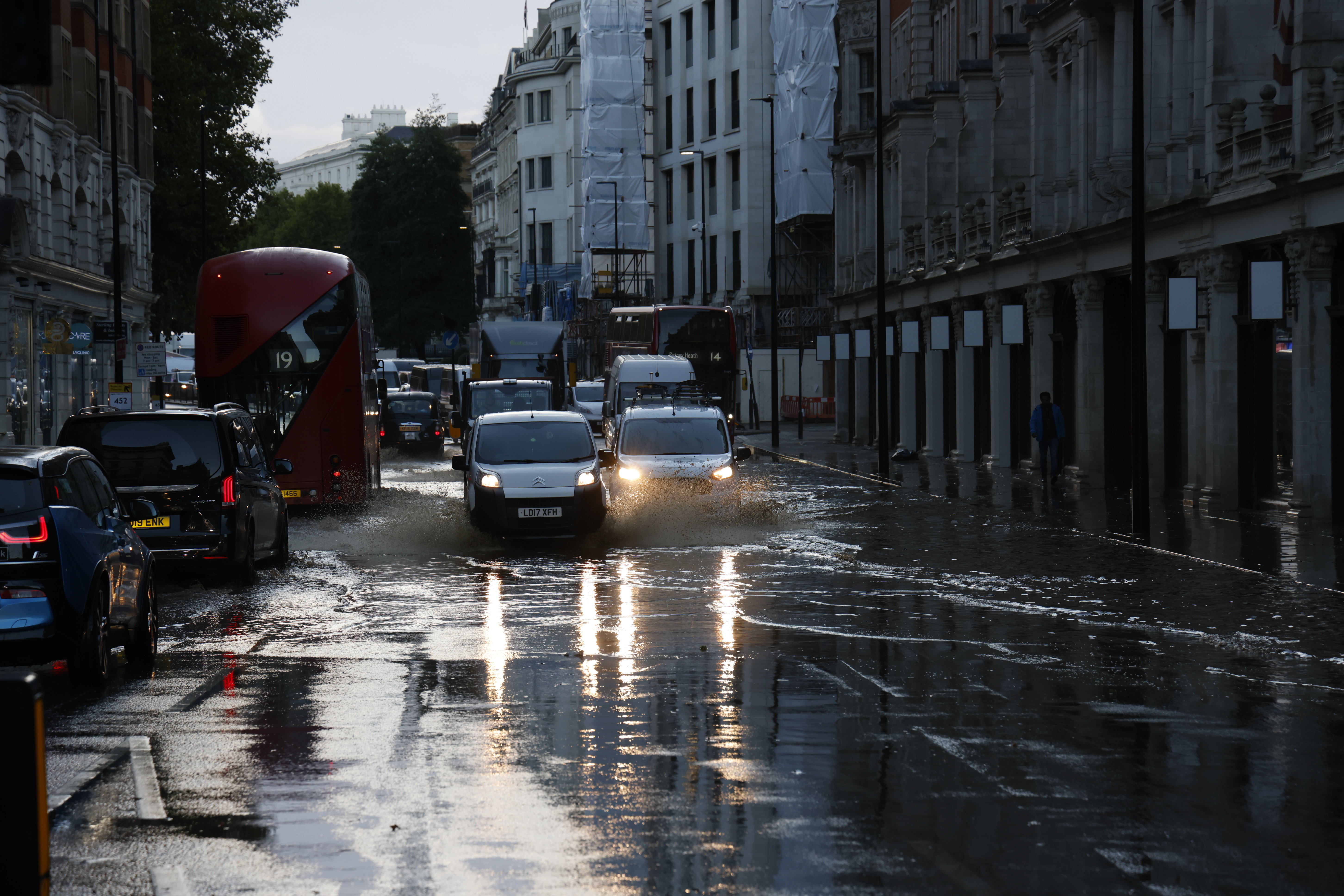 The Circle and District Lines are both part suspended due to a signal failure caused by flooding at Gloucester Road, according to the TfL website.

Transport for London are advising that tickets will be accepted on London buses.

The Metropolitan Line is also experiencing minor delays due to flooding near Aldgate.

London Overground is also part suspended with no service between Willesden Junction and Clapham Junction, due to flooding in the Imperial Wharf area.

Southern Rail have also been affected by the floods, warning that there would be around half an hours delay in travelling.

They tweeted: “Due to flooding at Imperial Wharf, all lines via Shepherds Bush are blocked.

"There is no service between Clapham Junction and Watford Junction andMilton Keynes Central."

Footage also shows heavy flooding on the A4 in London, and TfL have warned of more danger on the A3, A41 and A12.

Buses and other cars can also be seen in videos struggling to move through the floodwater in Knightsbridge, while part of the M25 is also flooded.

Across the UK there are 56 flood alerts, which mean that flooding is possible, and four flood warnings.

The Met Office have warned people to take care while travelling, and issued a yellow weather warning from 2am until midnight, with the worst areas hit being the East and North East.

“St James’s Park in London recorded 26mm, just over an inch of rain, in the past hour.

“There is a chance of some sunny spells in the west at times.”

But Brits are hoping to bask in temperatures hotter than Barcelona from tomorrow as the mercury soars to 21C.

It will arrive after two days of downpours – with temperatures set to rise as part of a week-long “Indian summer”. 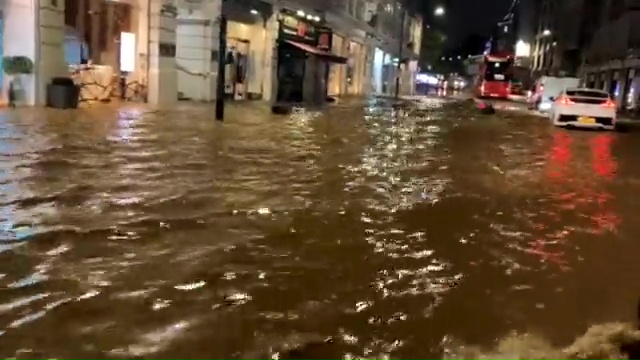 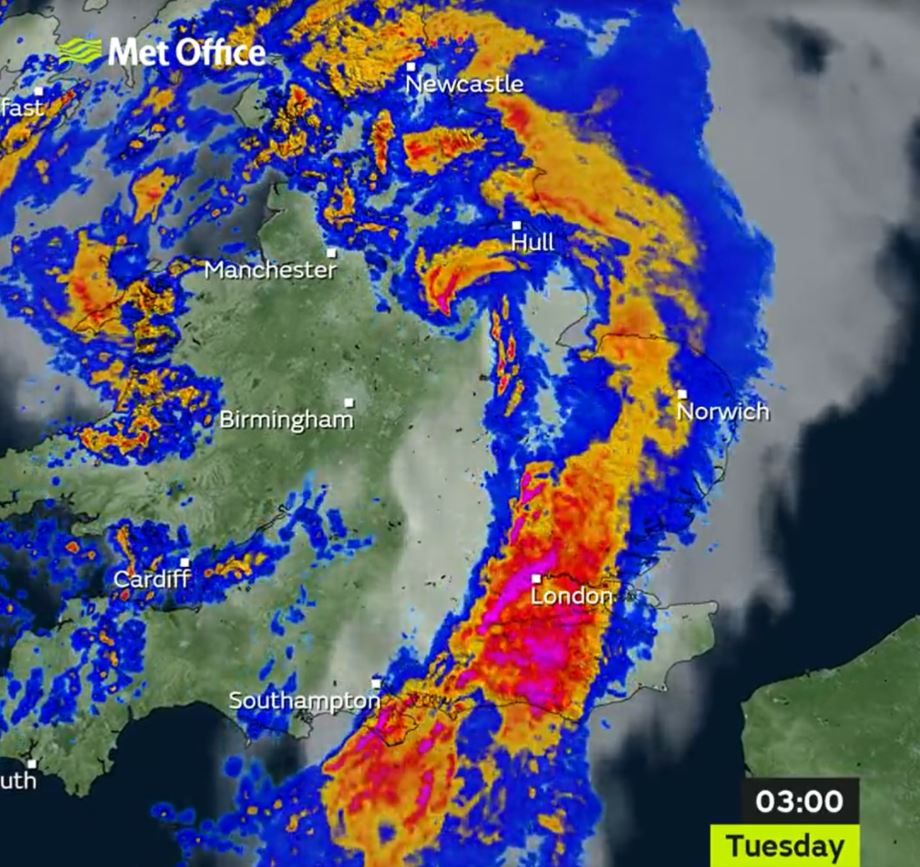 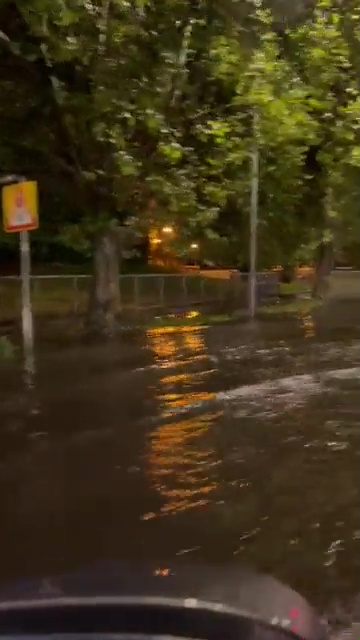