A SPANISH plume is set to bring a 25C heatwave at the end of the month as new maps turn the whole of the UK ORANGE.

High pressure from the continent is forecast to sweep hot air across Britain bringing with it scorching weather to kick off the month of May.

? Read our UK weather live blog for the latest forecasts 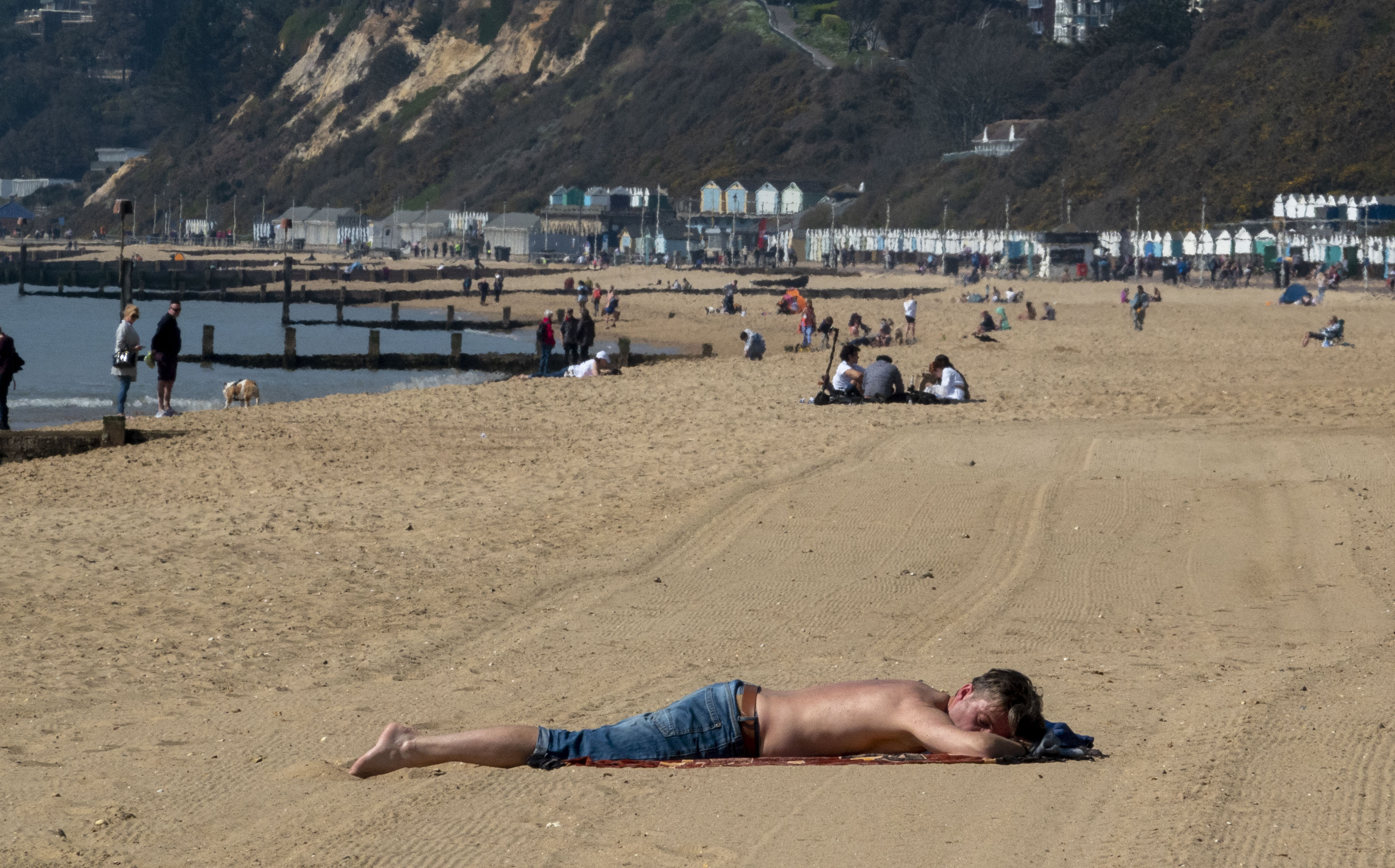 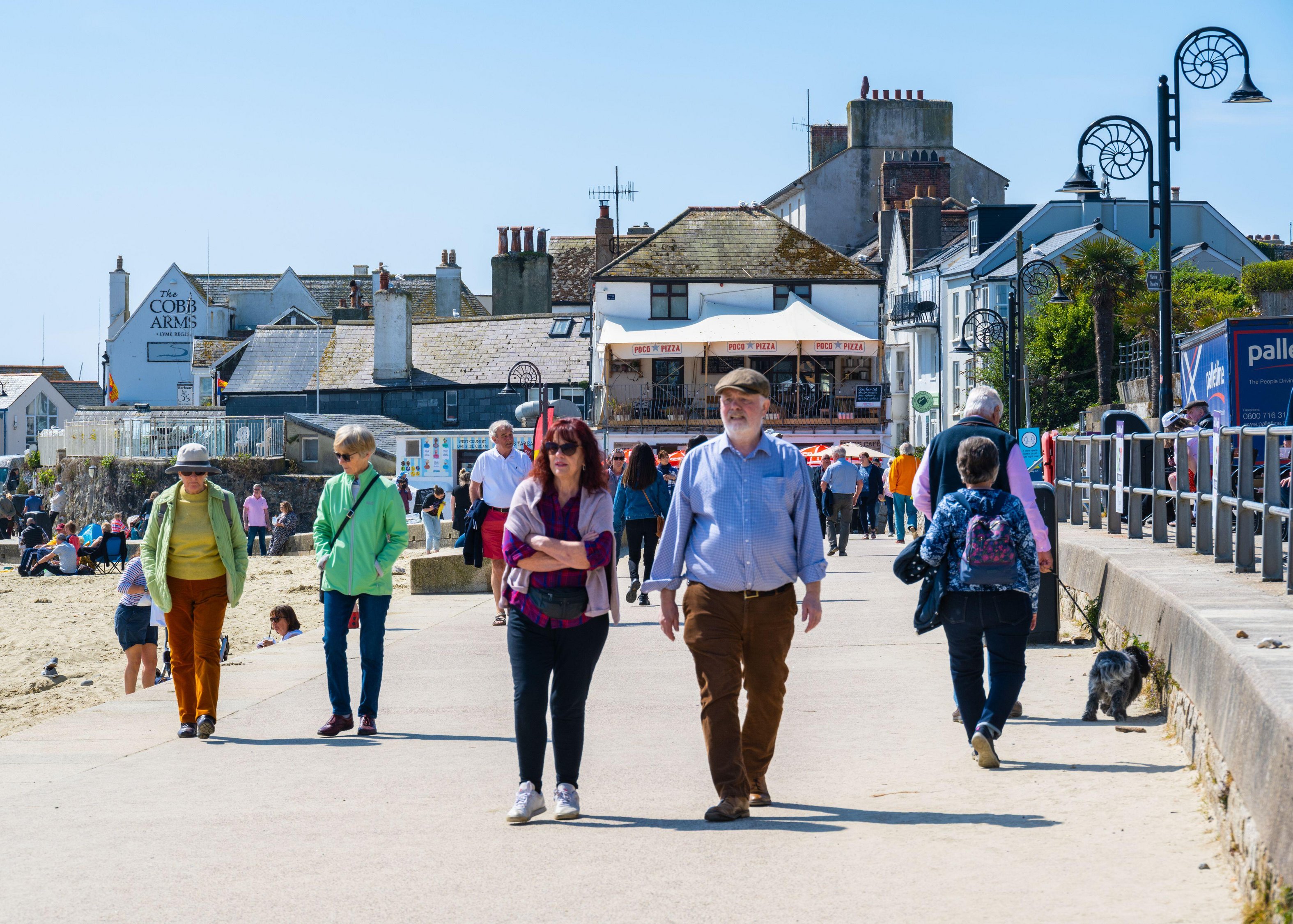 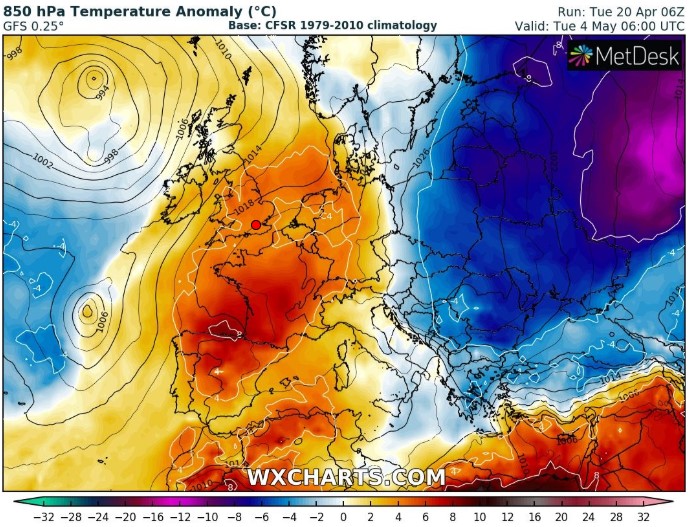 Hotter-than-average temperatures are forecast in the coming weeks and will continue well into the month of May.

The Met Office's long forecast predicts the first half of next month will see warm temperatures.

Forecaster Marco Petagna said: “Daytime temperatures will rise a little over the next few days.”

While The Weather Outlook forecaster Brian Gaze said: “Computer models show a lot of dry weather now, then warmer spells in late April and into May seeing 25C possible in the South."

The Met Office added: “After some rain on Tuesday, most will be fine and dry to the weekend, with high pressure dominating and temperatures probably warming slightly by the weekend.

“Plenty of sunny spells are expected into May, with the possibility of warmer spells.”

And this summer could be the hottest in a decade as a 32C blast is thought to hit by the end of May. 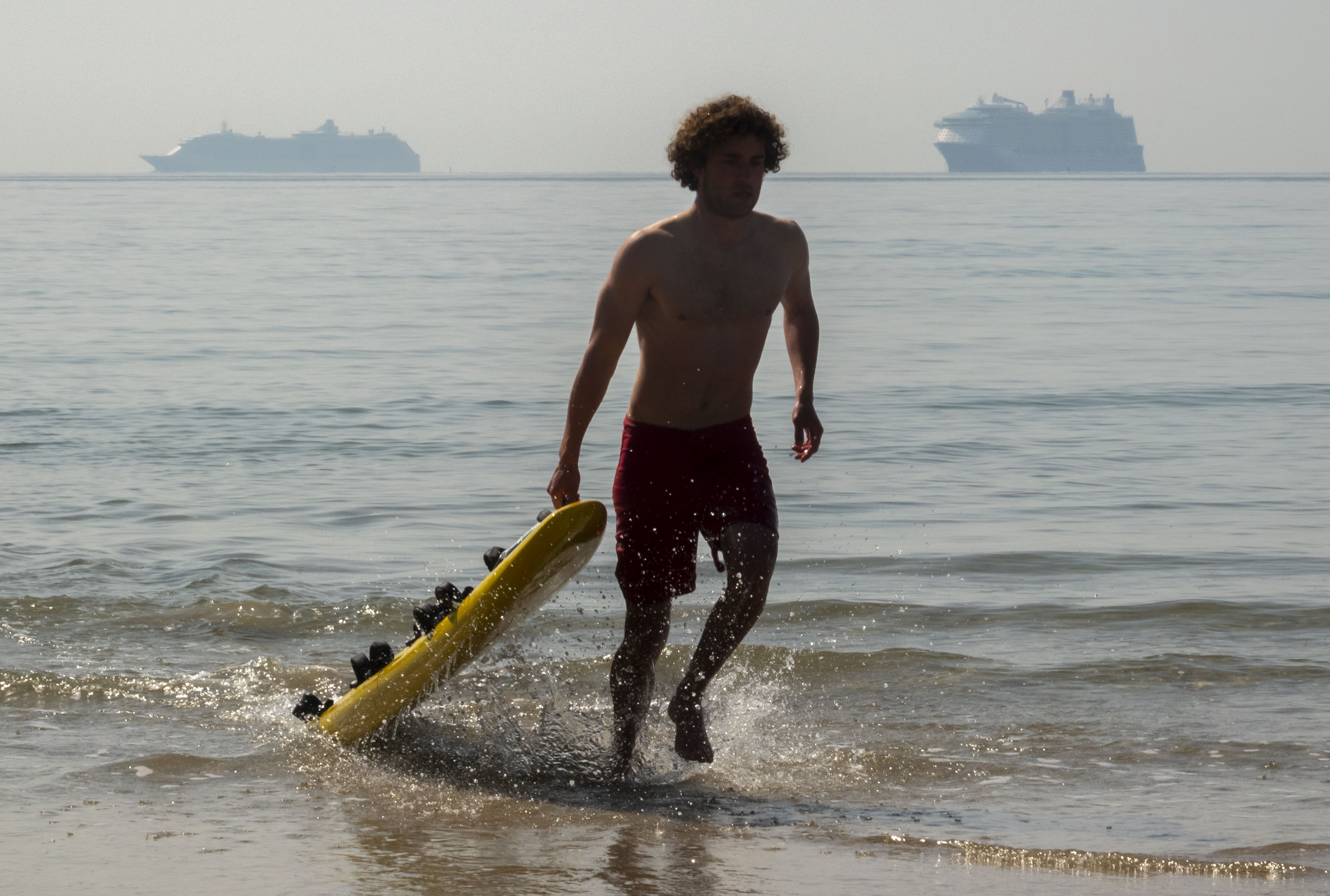 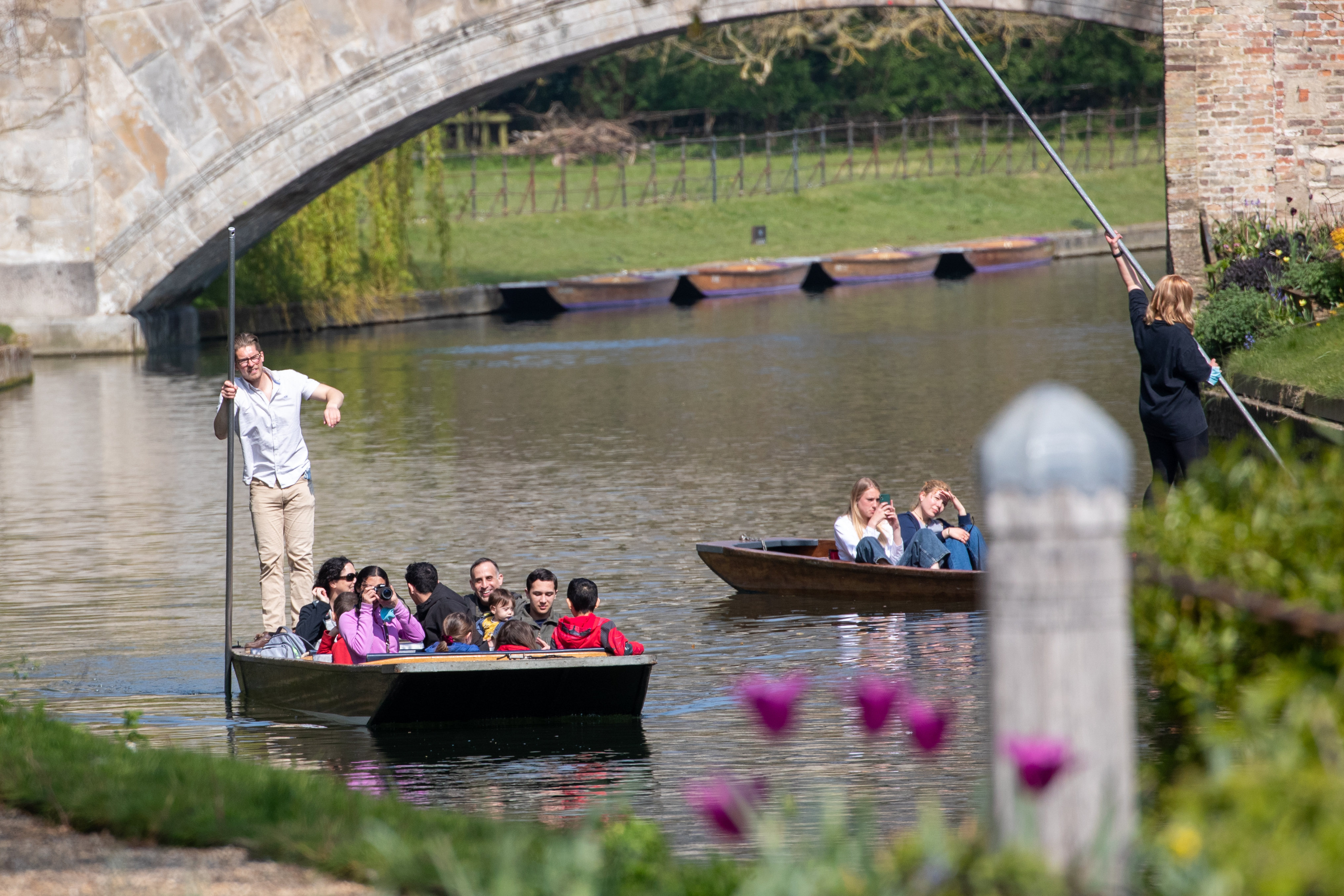 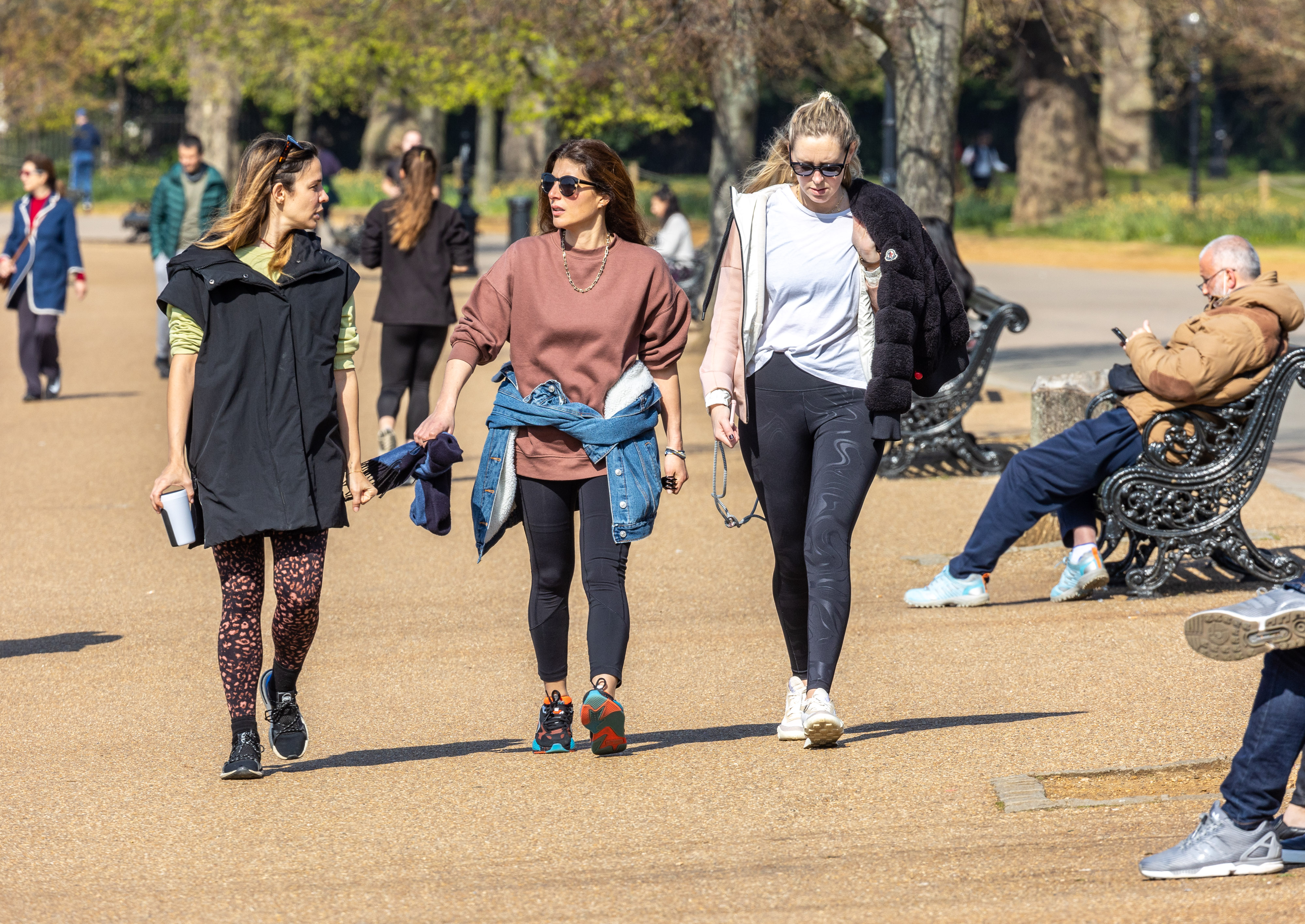 La Nina, a climate pattern, will play a large part in the potential spike in warm weather.

Jim Dale, meteorologist for British Weather Services, said: “There will definitely be some spikes of heat as we go into summer when I expect to see temperatures in the high 20Cs or even the low 30Cs.

“This is largely because of a balancing effect which, after the colder period of weather over the past couple of months, dominated by a northerly airflow, should revert and come from a more southerly direction.

“This will bring more in the way of hotter weather as we go through the end of spring and into summer. 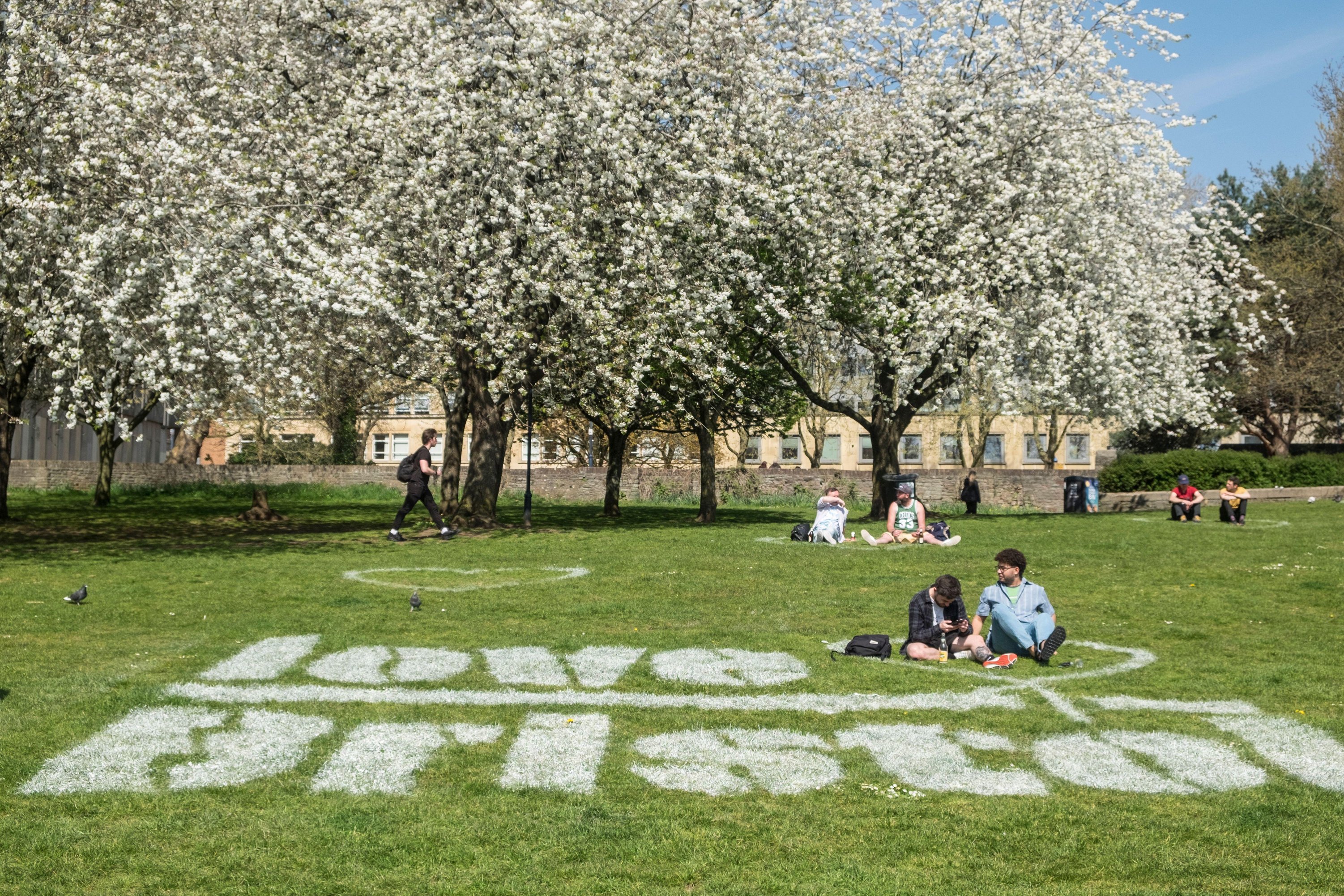 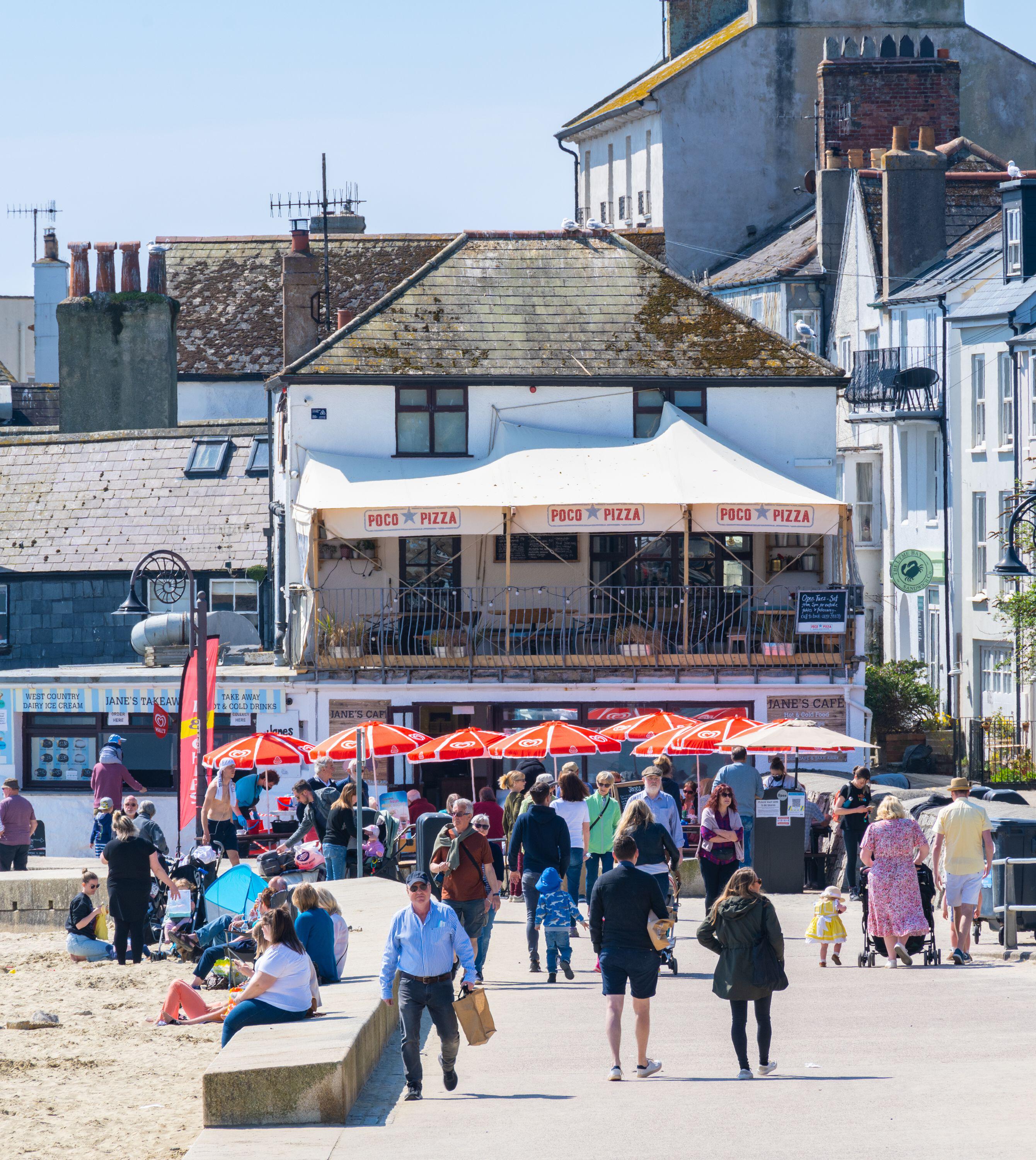 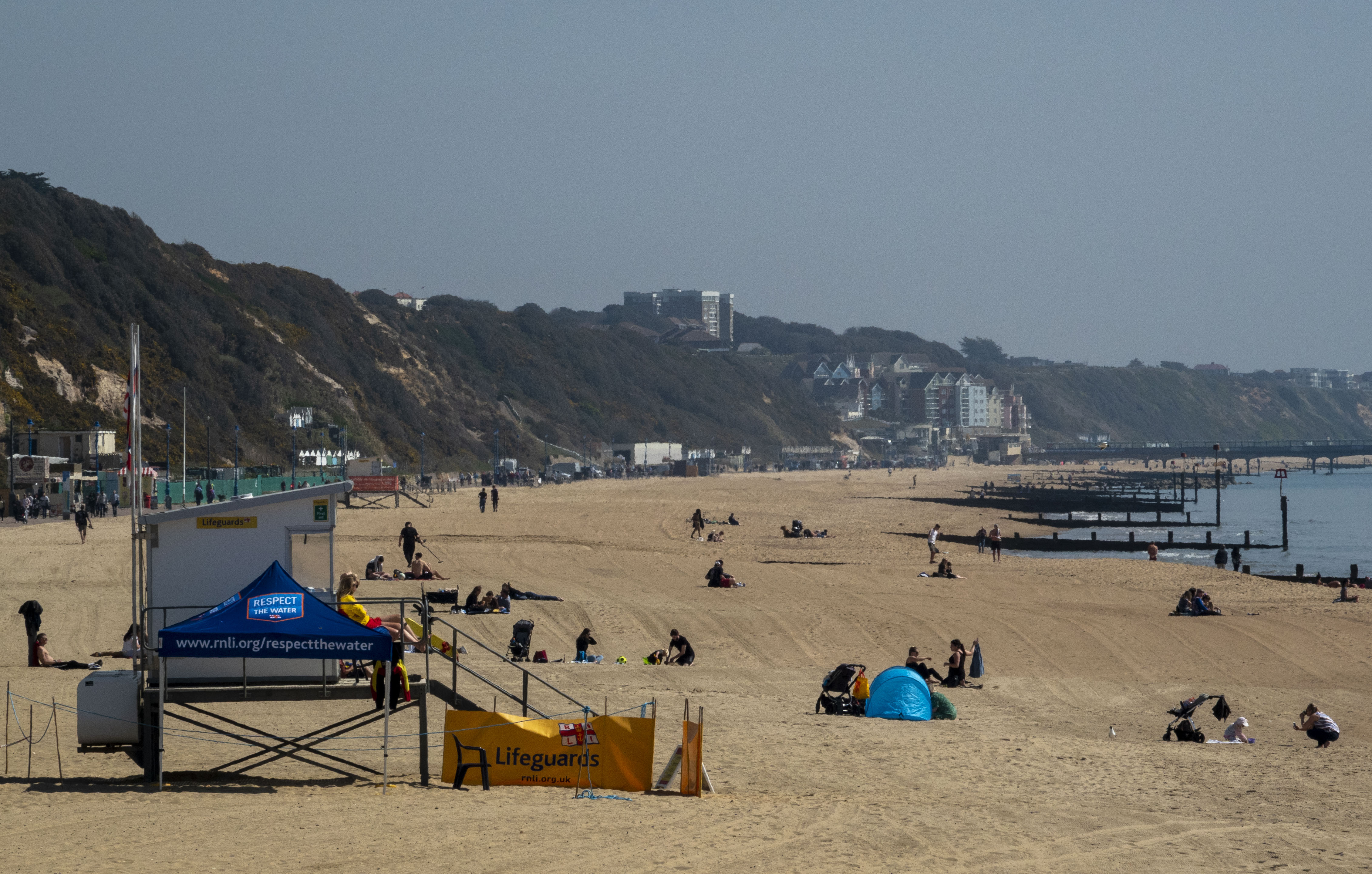 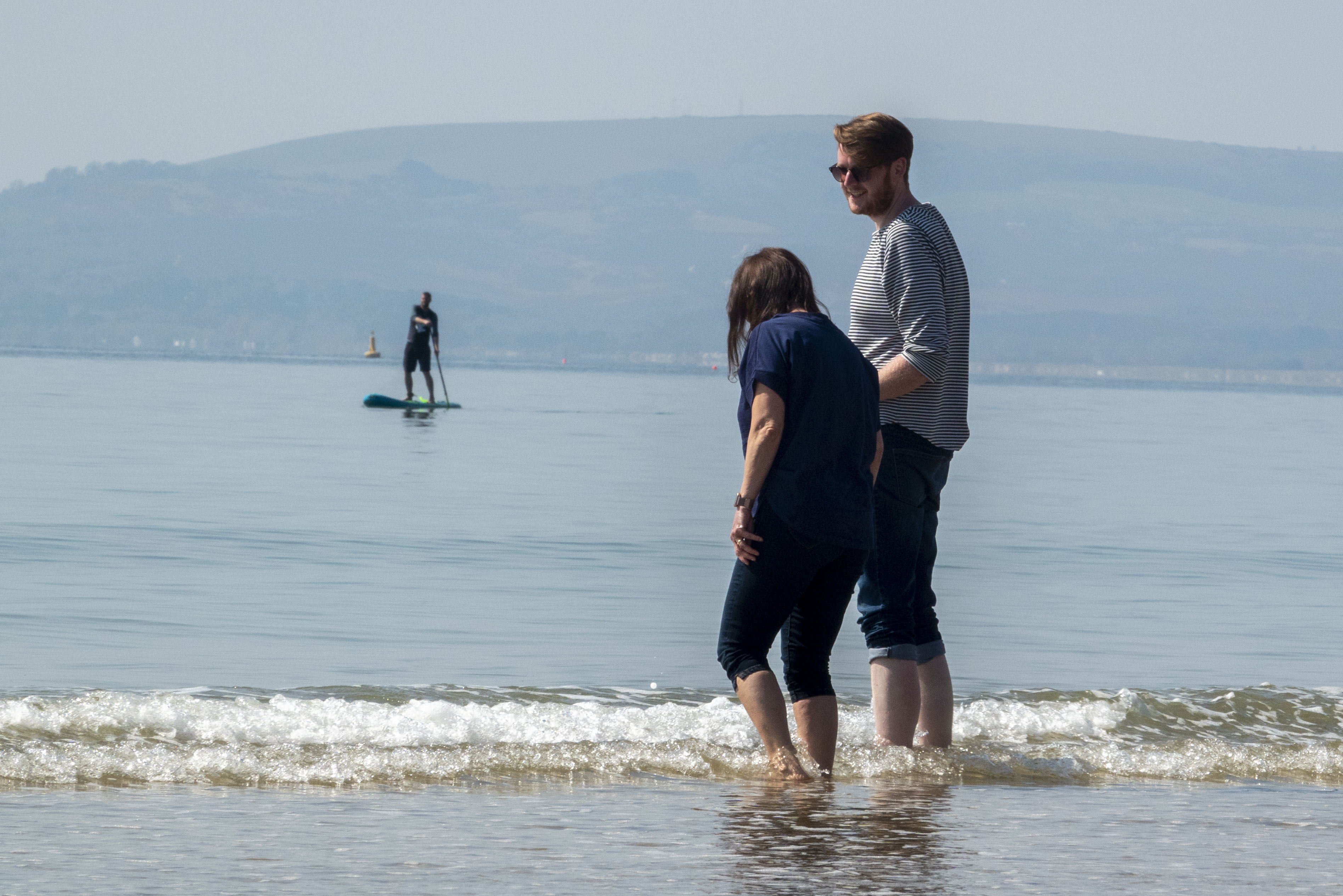 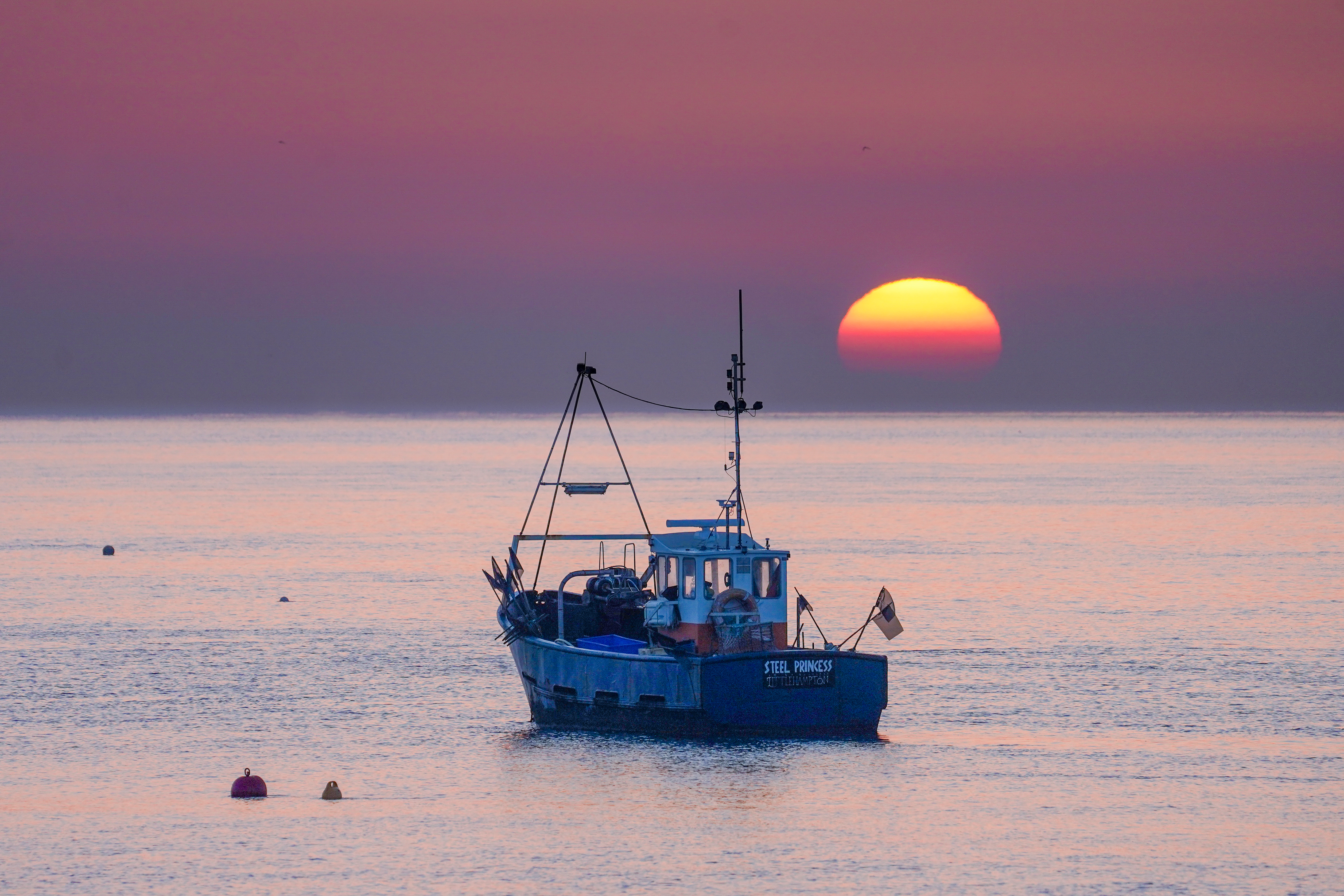 Brits have been basking in a 17C scorcher today and it's set to get even hotter this weekend as a mini-heatwave hits.

The mercury could rise as high as 18C on Saturday and Sunday after things cool down midweek.

Brits fresh out of lockdown have been flocking to parks, beaches and beer gardens across the country to catch some well deserved rays.

Light showers are set to interrupt the springtime scorcher on Wednesday but temperatures will still remain well above the 13C April average.

Temperatures will fall from tomorrow – but the Met Office predicts things will be warming up again by the weekend.

The mercury could rise up to 18C this Saturday and Sunday.

It comes after Covid restrictions were lifted and people can now happily mingle more freely.

Bookies Coral have now cut the odds on next month being the warmest May on record in the UK to just 3-1.

Spokesman Harry Aitkenhead said: "We've endured plenty of cold days this April but the sun is beginning to shine and the long-range forecast looks good.

Shakespeare's grave effigy may have been made during his lifetime

Don’t panic, Windows 10’s next feature-packed update WILL work on your PC