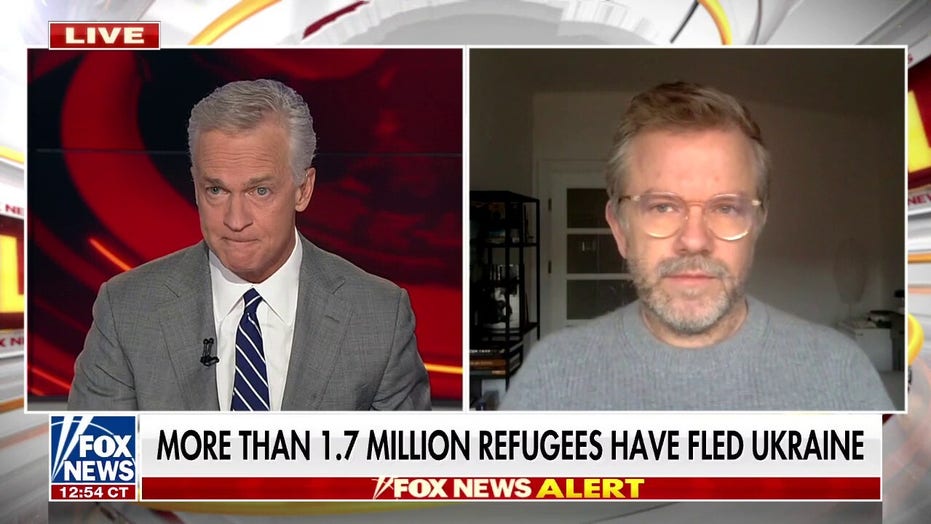 Over 1.7 million Ukrainians have fled the country

Filmmaker Marc Wilkins discusses the tenacity of the Ukrainian people and how he is staying in Ukraine to help evacuate refugees on ‘Fox News Live.’

As the Russian invasion of Ukraine stretched into its 13th day on Tuesday, the number of refugees fleeing to neighboring countries has reached at least 2 million, according to the United Nations.

Safa Msehli, a spokeswoman for the U.N.’s International Organization for Migration, tweeted that 2 million people have now fled, including at least 100,000 people who are not Ukrainian.

The U.N. has described the exodus as the fastest-growing refugee crisis in Europe since World War II.

Evacuations were underway Tuesday in Ukraine’s major cities, where many citizens have been trapped with dwindling supplies of food, water and medicine since Russia’s full-scale attack began.

“The Ukrainian city of Sumy was given a green corridor, the first stage of evacuation began,” the Ukrainian state communications agency tweeted.

Those fleeing Sumy were seen boarding buses that were heading through a humanitarian corridor agreed upon with Russia. Previous attempts to lead civilians to safety had crumbled with renewed attacks.

Russia’s coordination center for humanitarian efforts in Ukraine and Ukrainian Deputy Prime Minister Iryna Vereshchuk both said a cease-fire was agreed to starting Tuesday morning in order to allow some civilians to evacuate, but it was not clear where all the corridors would lead to amid disagreement between the two sides. 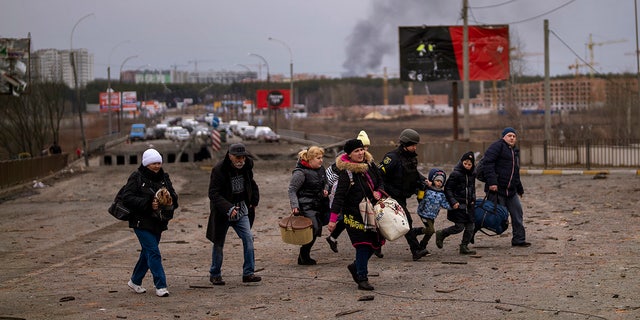 A Ukrainian police officer helps people as artillery echoes nearby while fleeing Irpin in the outskirts of Kyiv, Ukraine, Monday, March 7, 2022. Russia announced yet another cease-fire and a handful of humanitarian corridors to allow civilians to flee Ukraine. Previous such measures have fallen apart and Moscow’s armed forces continued to pummel some Ukrainian cities with rockets Monday. (AP Photo/Emilio Morenatti)

Another convoy of buses was seen heading toward the southern port of Mariupol, the besieged city where an estimated 200,000 citizens hoped to evacuate from.

With efforts underway to help civilians flee the continuing Russian onslaught, the U.N. High Commissioner for Human Rights said that 406 civilians have been killed, including at least 45 women and 27 children.

Why a Top Daytime TV Producer Is Jumping Into E-Commerce

Drew Brees Apologizes for Comments About the Flag: 'I Completely Missed the Mark'

From robot restaurants to virtual reality, the coolest tech experiences