LONDON (Reuters) – A British minister and longstanding critic of Boris Johnson quit on Monday, the latest resignation before the presumed new prime minister takes office with a “do or die” pledge to leave the European Union with or without a deal. 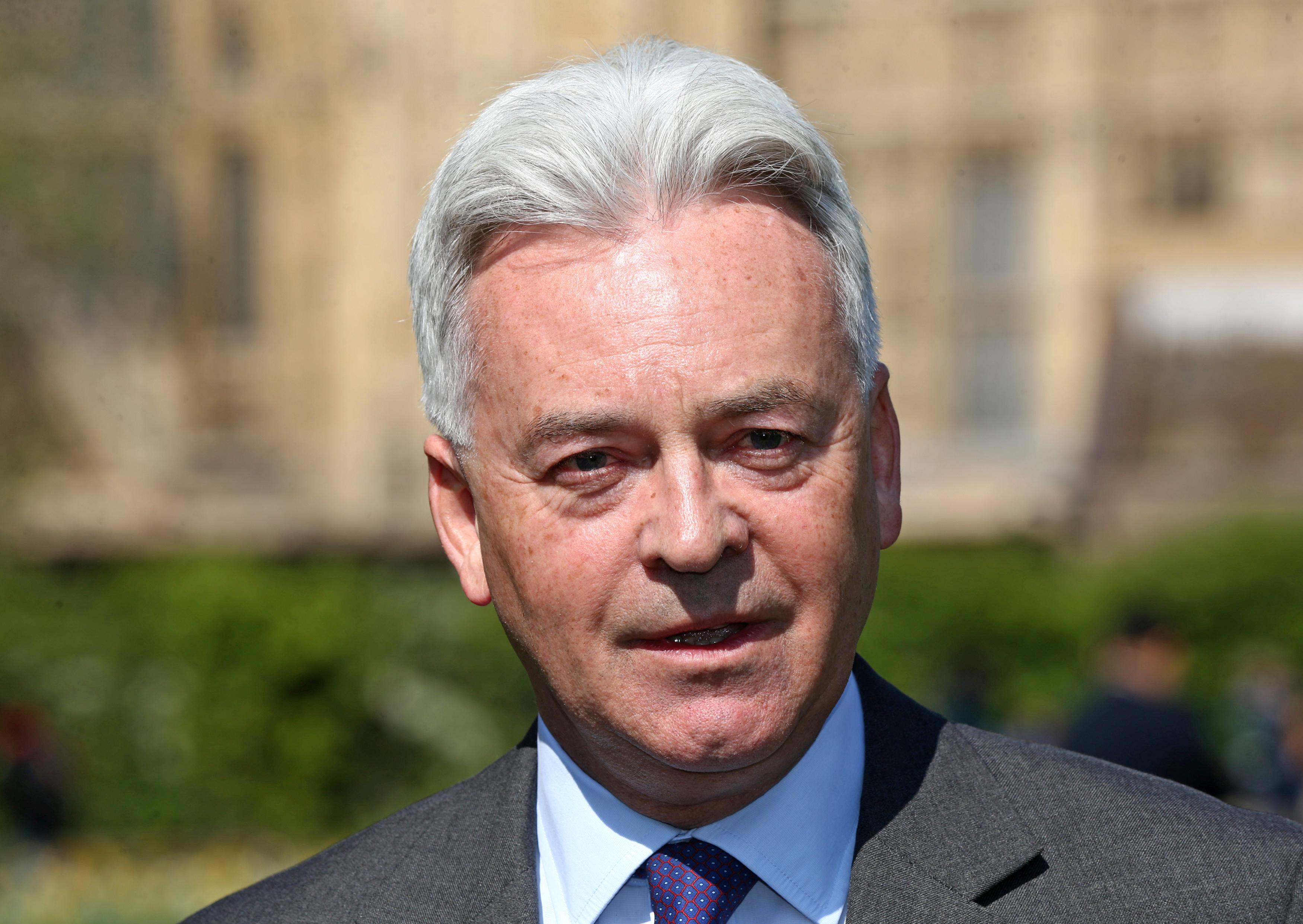 The resignation of Alan Duncan, a junior foreign office minister, underlines the strength of feeling in the governing Conservative Party and parliament against a no-deal Brexit which many businesses say would be catastrophic for the economy.

With economic growth stalling — the National Institute of Economic and Social Research (NIESR) said on Monday there was a one-in-four chance the Brexit crisis has already tipped Britain into recession — many lawmakers are increasingly concerned.

Duncan follows Margot James, who stepped down as a culture minister last week, describing as “quite incredible” Johnson’s promise to leave the EU by Oct. 31 regardless of whether a deal is in place to smooth its departure.

On Sunday, finance minister Philip Hammond also said he would resign rather than be sacked by Johnson, promising to fight with others in parliament to stop a rupture in relations with the EU, the country’s biggest trading partner.

In his resignation letter to outgoing Prime Minister Theresa May, Duncan said: “The UK does so much good in the world. It is tragic that just when we could have been the dominant intellectual and political force throughout Europe, and beyond, we have had to spend every day working beneath the dark cloud of Brexit.”

He pointedly noted that he had worked with “two very different foreign secretaries” — Johnson and his rival to become prime minister, Jeremy Hunt.

His decision to step down comes as little surprise. Duncan has shown no reticence in criticizing Johnson, his former boss at the foreign office, once describing him as a “circus act”.

Earlier this month, he attacked Johnson for not defending Britain’s former ambassador to the United States after a leak of his criticism of U.S. President Donald Trump’s administration. Duncan said Johnson had “basically thrown our top diplomat under the bus”.

Several other ministers are expected to leave their posts if, as expected, Johnson becomes Britain’s new prime minister on Wednesday, fearing that a no-deal Brexit would plunge the stalling economy into a deeper slump.

Putting the chances of Britain leaving the EU without a deal at roughly 40%, NIESR said on Monday that risks to growth were now “heavily weighted to the downside”.

Johnson, a “Leave” figurehead in the 2016 referendum campaign who has downplayed the risks to the world’s fifth-largest economy of quitting the EU without a deal, will have to move quickly to try to solve the riddle of Brexit negotiations.

The European Commission said it was ready to establish working relations with “any new prime minister of the United Kingdom”, but its negotiators have been clear they are not willing to reopen the divorce deal struck with May.

Johnson, a former London mayor, has said he will ramp up preparations for a no-deal exit to try to force the EU’s negotiators to make changes to the agreement that May sealed and which British lawmakers voted down three times.

But opposition in parliament to leaving without an agreement is growing and the government’s power has been whittled down by defections, making it harder for him to drive through a no-deal Brexit. The Conservative Party does not have a majority of its own and has relied under May on the support of 10 lawmakers from the Northern Irish Democratic Unionist Party.

A further potential complication came on Monday when Conservative lawmaker Charles Elphicke was charged with three counts of sexual assault against two women — charges that, if proven, could force him out of parliament.

On Sunday, Irish Foreign Minister Simon Coveney said “we’ll all be in trouble” if the new prime minister wanted to tear up the agreement to try to get rid of the so-called Northern Irish backstop, an insurance policy to prevent a return of a hard border between the British province and EU member Ireland.

“We hope that the backstop that many in the UK don’t seem to like can be avoided,” Coveney told the BBC. “(But) we are simply not going to move away from that withdrawal agreement.”

Phillip Schofield gets emotional as he discusses mental health

How Stassi Schroeder Is Preparing for 1st Interview Since 'Pump' Firing