A Grenfell survivor collapsed watching harrowing images of terrified residents waving from the burning tower minutes before they died after officials failed to issue a warning about the distressing footage.

Overcome with emotion, the woman was given medical treatment outside the conference room where the inquiry is being held.

Others rushed out of the room in tears as shocking mobile phone footage of the inferno was played.

The film was part of a commemoration to six members of the Choucair family who died in the blaze, which killed 72.

Officials had promised to alert those attending the inquiry before distressing footage was shown but there was no warning. 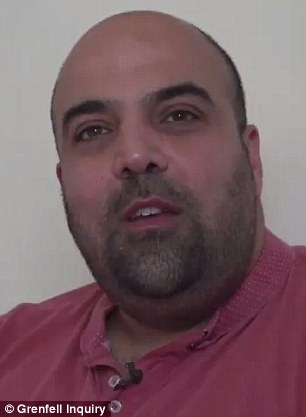 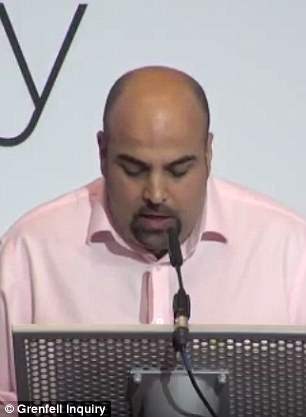 Hisam Choucair told the second day of the inquiry into the disaster: ‘I don’t see this as a tragedy, I see it as an atrocity’ 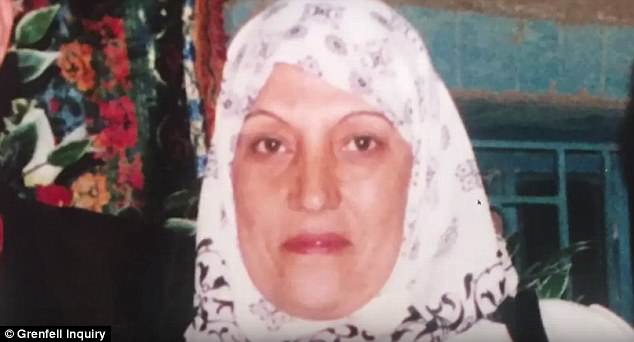 Mr Choucair’s mother Sirra, 60, who died in the blaze alongside five members of her family 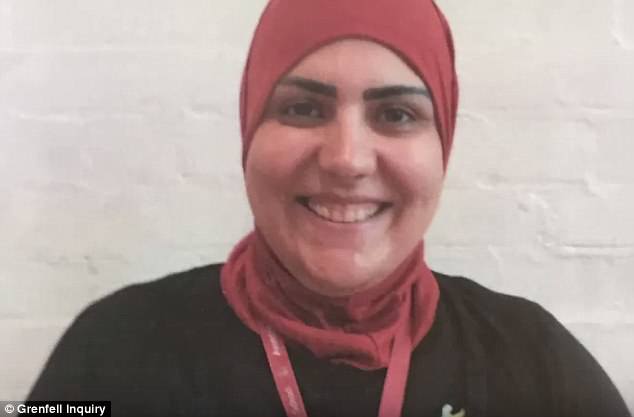 Mr Choucair also paid tribute to his sister Nadia, 33, who lost her life in the disaster

Haunting images of two Grenfell residents desperately waving from a window at the top of the burning tower came to epitomise the unimaginable horror that victims were forced to endure.

They are believed to be Nadia Choucair, 33, and her husband Bassem, 40, who died along with their children Fatima, three, Zainab, 11, and Mierna, 13, in their flat on the 22nd floor. Nadia’s mother Sirra, 60, who came to the UK from Lebanon when she was a teenager, also died.

Bernard Richmond, QC, counsel to the inquiry, said: ‘I’m sorry that the warning that should have been put out didn’t get put out.’

Moments earlier, Nadia’s brother Hisam Choucair, 40, said: ‘We had to stand there helpless, watching them all burn to death.

‘In one night I have lost half of my family. I feel like a stranger now. I feel like part of me has been taken away.

‘When I go past and look at the tower I have flashbacks. I know they are just pictures in my head but I can actually see people in the windows, dying, trying to get out.’

His sister Sawsan, 42, lived with their mother in the tower, but survived because she was visiting a friend on the night of the fire. 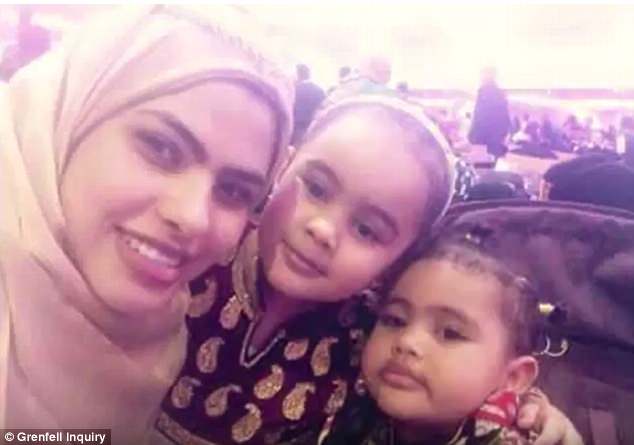 Tributes were also paid to Rania Ibrahim who became trapped at the top of the burning building with her young daughters Fethia, known as ‘Fou Fou’, four, and Hania, three 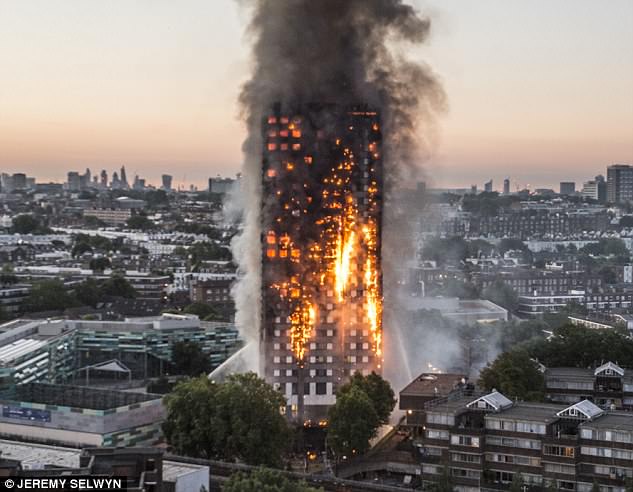 The inquiry heard an impassioned plea for justice from Karim Mussilhy, whose uncle Hesham Rahman was among those killed.

‘The system was allowed to kill Hesham Rahman, and 71 other souls. It failed because it allowed individuals to assure themselves they had done enough… to hide behind rules and regulations and forget human lives were at stake.’

Mr Mussilhy said cladding and insulation panels blamed for the spread of the fire at Grenfell were still in place on other tower blocks and called for those responsible to be held to account, adding: ‘We will not let you forget.’

The inquiry was also shown poignant text messages sent by a grieving woman to her younger sister Rania Ibrahim, months after she was killed in the fire.

Rasha Ibrahim said she and her sister Rania were in daily contact before her death and she continued to write to her afterwards, and texted her when she learned she was pregnant in December, six months after the fire. 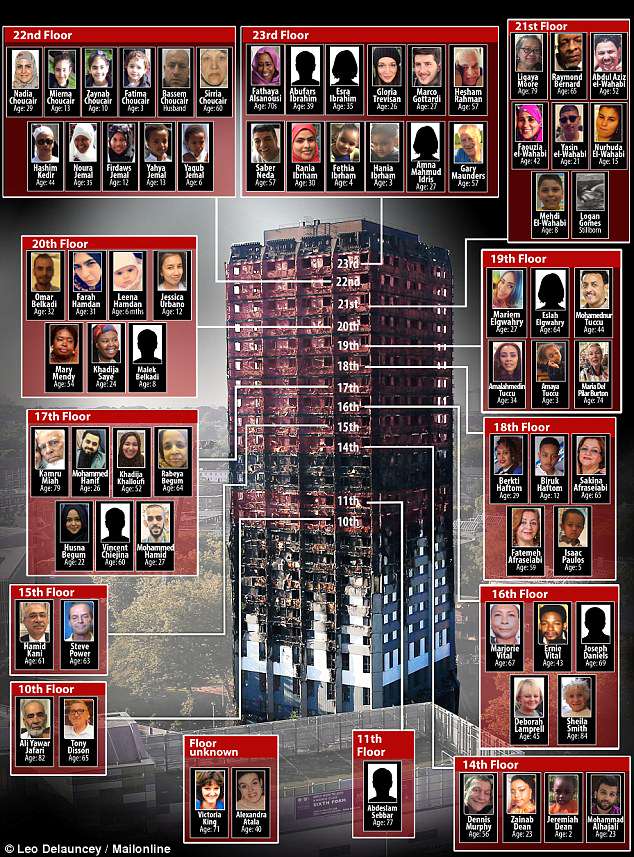 She wrote: ‘Rania, I’m pregnant. I’m so happy that this might be a reason for me to be close to you.’

Rania, 31, live-streamed her final moments from the top of the burning building, where she was trapped with her young daughters Fethia, four, and Hania, three. All three were killed.

Rasha, from southern Egypt, said: ‘I came here thinking I would be able to lay my loved ones to rest, but there were then months of uncertainty before they were identified and buried.’

The inquiry heard tributes to Maria del Pilar Burton who died in January after months in hospital. Mrs Burton, 74, suffered from dementia and husband Nick said she never recovered from the trauma of being trapped in the building, or the devastation of learning neighbours had died.

Shirtless Justin Bieber Shows Off His Muscles During Workout

‘RHOBH’: Brandi Glanville Reveals Why Producers ‘Can’t’ Bring Her Back After LVP’s Exit : It ‘Upset Me’