Washington: The US Senate Intelligence Committee sent a bipartisan letter to the Justice Department asking federal prosecutors to investigate Steve Bannon, a former Trump confidant, for potentially lying to lawmakers during its investigation of Russian interference in the 2016 presidential election.

The letter, a copy of which was reviewed by the Los Angeles Times, was signed by the panel's then-chairman, Republican Senator Richard Burr, and its ranking Democrat, Senator Mark Warner. 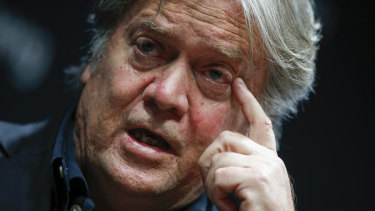 The letter, which has not before been made public, was sent July 19, 2019, to Deborah Curtis, a top prosecutor in the US attorney's office in Washington, DC. It is not clear what action the Justice Department has taken on the referral. Kerri Kupec, a Justice Department spokeswoman, declined to comment.

"As you are aware, the Committee is conducting an investigation into Russian interference in the 2016 election," the letter states. "As part of that inquiry, and as a result of witness interviews and document production, we now have reason to believe that the following individuals may have committed a criminal act." 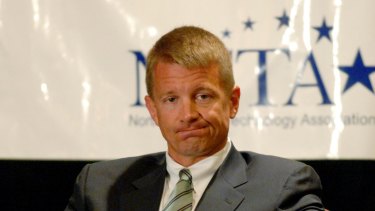 The letter then names Bannon, the chief executive of the 2016 Trump campaign and later a top White House strategist, and two other men – Erik Prince, a private security contractor, and Sam Clovis, who served as co-chairman of Trump's campaign.

Criminal referrals from Capitol Hill have been somewhat common since Trump took office in 2017. But this one is rare because it involves the bipartisan leaders of a Senate panel that conducted its own probe without devolving into the partisan bickering that consumed its counterpart in the House of Representatives.

Disclosure of the letter comes as the Senate Intelligence Committee is close to releasing its final report on the panel's own investigation into Russian election meddling.

"The Committee will not discuss referrals," said a spokesman for Senator Marco Rubio, the acting chairman of the committee. "And those who in order to score cheap political points are speculating on or claim to know the identities of those referred are committing a grotesque injustice."

Rubio took over the chairmanship after Burr stepped down amid an investigation into insider trading ahead of the pandemic.

According to the letter, the committee believed Bannon may have lied about his interactions with Prince, a private security contractor; Rick Gerson, a hedge fund manager; and Kirill Dimitriev, the head of a Russian sovereign fund.

All were involved in closely scrutinised meetings in the Seychelles before Trump's inauguration.

The committee also believed Prince, best known as the founder of the former mercenary company Blackwater and the brother of Education Secretary Betsy DeVos, may have lied about his interactions with Dimitriev.

No charges were filed in connection with the meetings. But investigators suspected that the men may have been seeking to arrange a clandestine back channel between the incoming Trump administration and Moscow. It's unclear from the committee's letter what Bannon and Prince might have lied about, but he and Prince have told conflicting stories about the Seychelles meeting.

Prince said he returned to the United States and updated Bannon about his conversations; Bannon said that never happened, according to the special counsel's office.

"It's impossible to respond to something I've never heard about before," said William Burck, a lawyer for Bannon. Burck said he never heard from the US attorney's office about his client.

Matthew L. Schwartz, a lawyer for Prince, defended his client's cooperation with Capitol Hill and Mueller's office. "There is nothing new for the Department of Justice to consider, nor is there any reason to question the Special Counsel's decision to credit Mr. Prince and rely on him in drafting its report," he said.

The committee also asked the Justice Department to investigate Clovis, a former co-chairman of the Trump campaign, for possibly lying about his interactions with Peter W. Smith, a Republican donor who led a secret effort to obtain former Secretary of State Hillary Clinton's missing emails.

Clovis could not be reached.

In the two page-letter, the committee raised concerns that testimony given to it by the president's family and advisers contradicted what Rick Gates, the former deputy campaign chairman, told the special counsel about when people within the Trump campaign knew about a June 9 meeting at Trump tower with a Russian lawyer.

When the meeting became public, Trump Jr. initially claimed it was about Russian adoptions, but emails written by Trump Jr. that were later made public showed he had agreed to the meeting, but because he had been assured that the Russian lawyer had "official documents and information" that would "incriminate" Clinton, the Democratic candidate for president. The email said the information would "be very useful to your father."

The music promoter who arranged the meeting, Rob Goldstone, told Trump Jr. the damaging information on Clinton was "part of Russia and its government's support for Mr. Trump." Trump Jr. replied: "If it's what you say, I love it."

Gates, a longtime deputy to Manafort, was one of the highest ranking Trump campaign advisers to "flip" on the president, and was a foundational witness during the Mueller investigation.

Gates told the special prosecutor that in the days before the June 9, 2016, meeting, Trump Jr. announced at a "regular morning meeting of senior campaign staff and Trump family members that he had a lead on negative information about the Clinton Foundation," according to the report of the investigation's findings.

Lying to Congress is a felony, and two Trump allies – Michael Cohen, his former lawyer, and Roger Stone, his longtime political adviser and self-described dirty trickster – were charged with the crime during the special counsel investigation. Cohen pleaded guilty and was sentenced to prison, though he was recently released on home confinement due to the coronavirus pandemic.