The motorist was caught going out of his way to soak unsuspecting passersby in Ottawa, Canada. 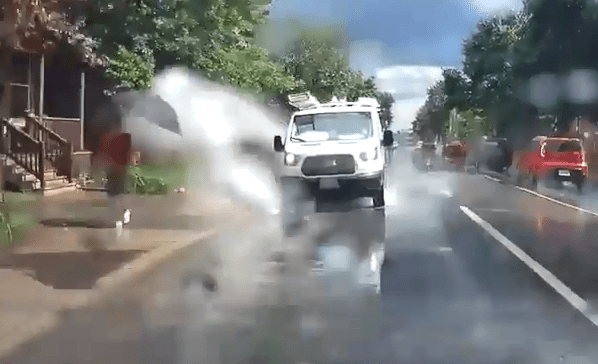 After the video went viral, eagle-eyed viewers soon picked up he worked for construction firm Black and McDonald Limited.

In a statement, it said: "We apologise to everyone impacted by the recent incident in Ottawa of unacceptable driving by one of our van drivers.

"We want to reassure the public that safety is our number one priority. 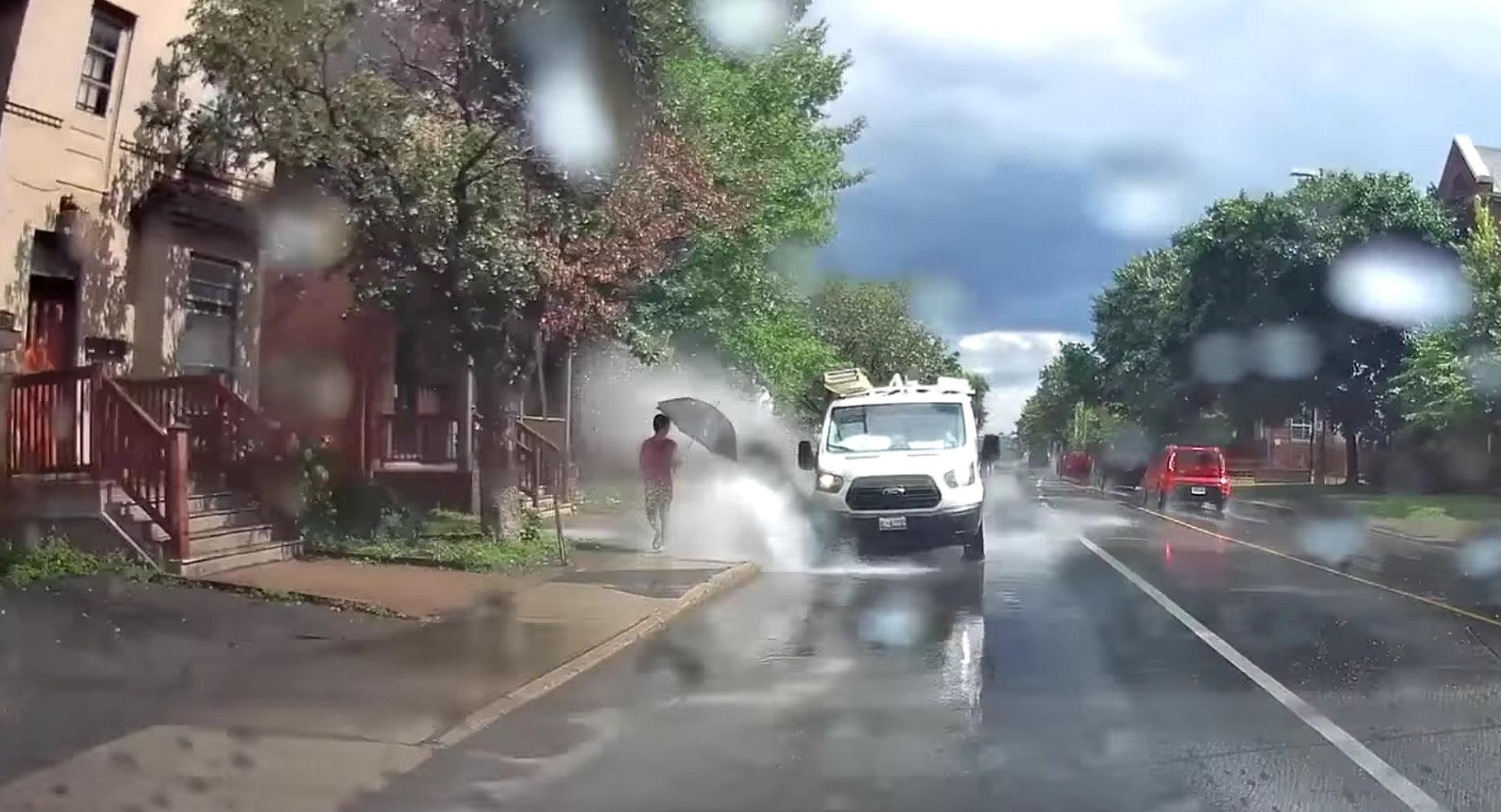 "This is an isolated incident and the individual is no longer employed with Black and McDonald."

The footage also caught the eye of Ottawa Police, who were now investigating the incident.

Police Sergeant Mark Gatien thanked the company for its "quick and decisive action in this matter" and praised the patrol officer who assisted in the outcome.

There are only a few jurisdictions in the country where you can be legally punished for splashing pedestrians, according to AutoTrader Canada.

It includes Prince Edward Island whose Highway Traffic Act says you can be charged up to £380 for doing so.

The cities of Regina and Saskatoon, in Saskatchewan, also deem it an offence to "splash or project dirt, water or slush onto a pedestrian".

Deaths of people with learning disabilities and autism have DOUBLED