Las Vegas: Hundreds of survivors of the Las Vegas mass shooting have formed a human chain around the shuttered site of a country music festival where a gunman opened fire last year. 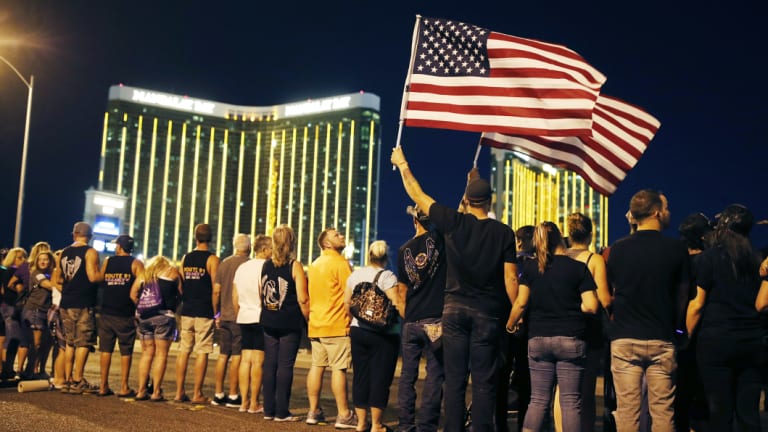 People form a human chain around the shuttered site of a country music festival where a gunman opened fire on the first anniversary of the mass shooting in Las Vegas.

Videos on social media showed the display of solidarity on the Las Vegas Strip started around 10pm Monday night, local time. That's around the time the October 1, 2017, shooting began.

As people were linking arms and holding hands near the concert site, officials and several hundred others across town listened to bagpipes and the names of the 58 victims being read aloud. 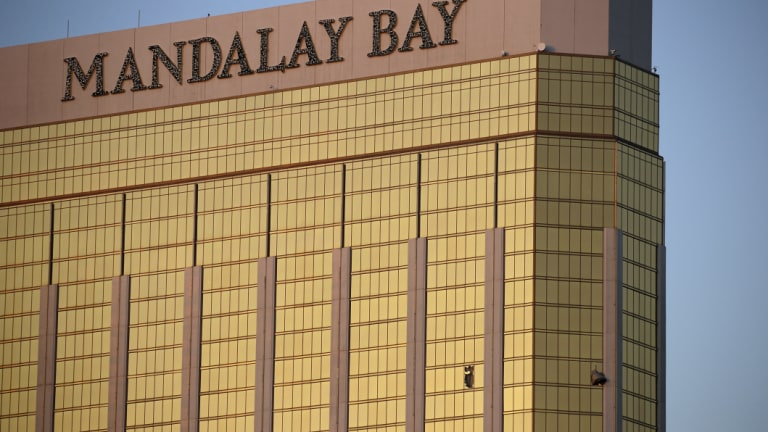 Curtains billow out of broken windows at the Mandalay Bay hotel room occupied by the shooter on the Las Vegas Strip.

A procession of pick-up trucks with American flags drove down the Strip around the same time honking their horns.

Who is Sam Thompson? Made in Chelsea star and Louise Thompson's brother who starred on Celebs Go Dating

Queen Latifah Confesses She Has A Major Crush On Brazilian Model Adriana Lima: ‘She Got Fire’