That’s pie-ly unusual! Vegetarian and gluten-free pie made out of jackfruit ‘steak’ is crowned ‘supreme champion’ at top UK awards in Melton Mowbray

A vegetarian and gluten-free pie has claimed the Supreme Champion crown at this year’s British Pie Awards in Melton Mowbray.

The winning entry was a vegetable jackfruit ‘steak’, gluten-free craft ale and black pepper pie which beat 35 contenders for the ‘free-from’ category before beating out 976 entries to win the big prize.

There were 23 different classes of hot and cold savoury and dessert pies and pasties for the 151 judges to consider at the competition, which returned to its traditional March timing after the pandemic saw last year’s competition moved to September.

The contest plays out over three days and again took place at St Mary’s Church in the home of the pork pie, Melton Mowbray in Leicestershire. 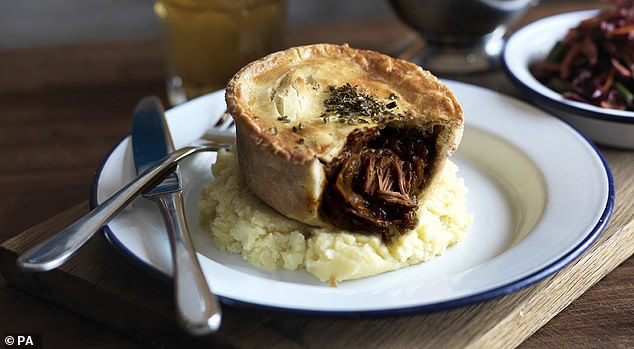 2022 saw the free-from category produce the overall winner for the first time thanks to Bristol-based Pieminister’s Gluten Free Mooless Pie.

Matthew O’Callaghan, chairman of the Melton Mowbray Pork Pie Association and host of the British Pie Awards, said: ‘This was a superb pie, it looked good, had a nice even golden bake.

‘The pastry was crunchy complemented by the moist filling which had ‘bite’ and the balance of flavours in the pie was just right.

‘Being vegetarian and gluten free, Pieminister’s Mooless Pie is an ‘everybody’s pie’, be they vegetarian or meat eater, gluten tolerant or intolerant. Serve this at a meal and almost everyone’s a winner.’ 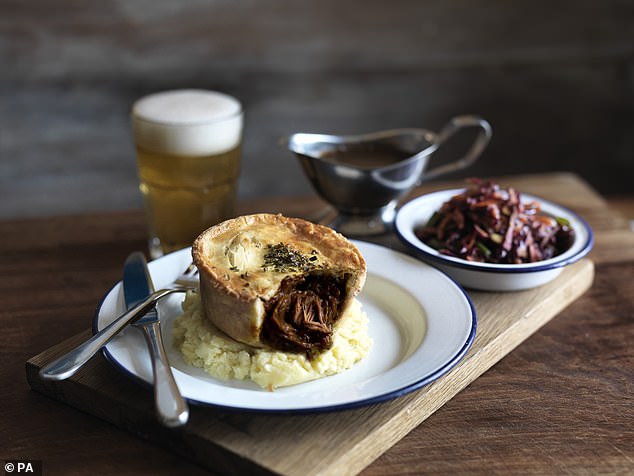 The judges, many of whom are experts and old hands, were asked to mark the pies on criteria including eating qualities, the filling, and how a maker could improve their entry

The judges, many of whom are experts and old hands, were asked to mark the pies on criteria including eating qualities, the filling, and how a maker could improve their entry.

Three years ago a vegan pie was the overall winner, while last year’s champion was a meat and potato pie from Bowring Butchers.

Pieminister’s victory has landed them an expenses paid trip to a future British Fair in Japan courtesy of the Hankyu Department Store, along with a trophy and the title.

360 impaired Vancouver drivers have lost their wheels this summer: police