Venezuela has plunged into an even deeper crisis as Mr Guaido, the self-proclaimed interim president of the country, shared a video on Twitter where he called for a military uprising. Mr Guaido, surrounded by men in uniform and accompanied by detained activist Leopoldo Lopez, said in the three-minute footage: “The national armed forces have taken the correct decision, and they are counting on the support of the Venezuelan people.”

The opposition leader, who started his fight against Mr Maduro in January by invoking the country’s Consitution and demanding fresh elections, repeatedly called for the end of Mr Maduro’s “usurpation” in the video, filmed at La Carlota air force base in Caracas.

Venezuelan Information Minister Jorge Rodriguez tweeted that the Government was confronting a small group of “military traitors” seeking to promote a coup.

Mr Guaido also shared his plans on social media, where he said the “final phase” to end the elected president’s Government has begun as troops have joined him in his efforts just a day before what he described as “the largest march in Venezuela’s history” is set to take place.

In a string of messages published on Twitter, Mr Guaido said: “People of Venezuela began the end of usurpation. 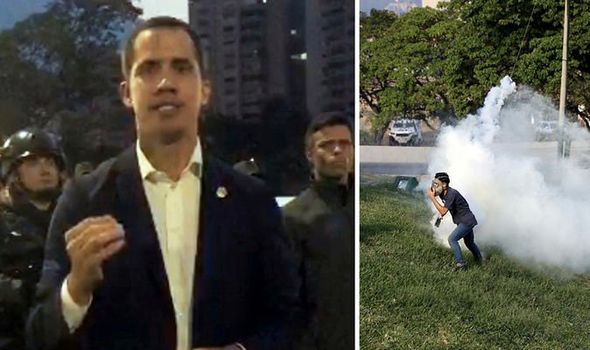 “At this moment I am meeting the main military units of our Armed Force initiating the final phase of Operation Freedom.

“Venezuelan people we go to the street, the national Armed Force is to continue the deployment until we consolidate the end of the encroachment that is already irreversible.

“The national Armed Forces have made the right decision, they have the support of the Venezuelan people, with the endorsement of our Constitution, with the guarantee of being on the right side of the story.

“People of Venezuela, we need to go out on the streets together, to support the democratic forces and to regain our freedom.” 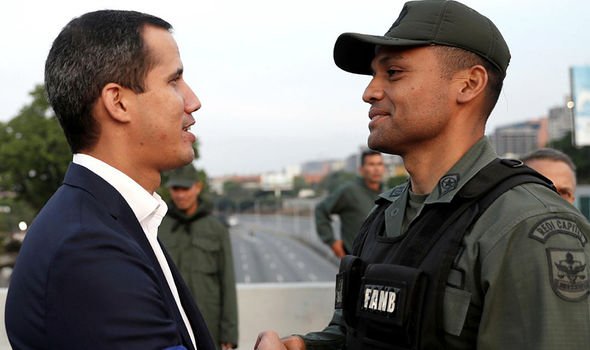 Protests are planned for tomorrow, May 1, to put further pressure on Mr Maduro – who has so far rejected calls for fresh elections and has branded Mr Guaido a US-backed puppet.

Following Mr Guaido upraising, who came a few months after Mr Maduro was re-elected for a second term with elections the opposition has branded rigged, the Government has been trying to cripple the self-proclaimed interim president’s chances of success.

Among the measures’ taken, he arrested his top aide, stripped Mr Guaido of his parliamentary immunity and launched multiple probes.

The Caracas’ Government has also barred him from leaving the country, a ban Mr Guaido openly violated earlier this year.

Some 11 members of his team had been summoned to appear before the Sebin intelligence agency, Mr Guaido added.

Pervy brother-in-law forced his hand up my skirt — should I tell my husband?

Licenses suspended for medics after “dead” woman found to be alive