The police watchdog is investigating the arrest of a teenage boy during which an officer used a baton to beat the 17-year-old suspect.

The Independent Office for Police Conduct (IOPC) confirmed it has launched an investigation into what happened on Easter Monday afternoon on an east London street – but haven’t suspended the officer in question.

The Metropolitan Police referred the incident to the watchdog on Friday after a member of the public who saw what happened complained that the use of the baton was excessive, the IOPC said.

Footage posted online appears to show a black male in handcuffs on a pavement being struck several times by an officer using a baton.

IOPC interim regional director for London Sal Naseem said: ‘We recognise that this incident has generated significant concern amongst the local community, as well as comment from police officers, concerning the officer’s decision to use his baton during the arrest.

‘The video circulating on social media only captures part of the arrest, so it is right we independently investigate to establish what happened during the entirety of the incident.’ 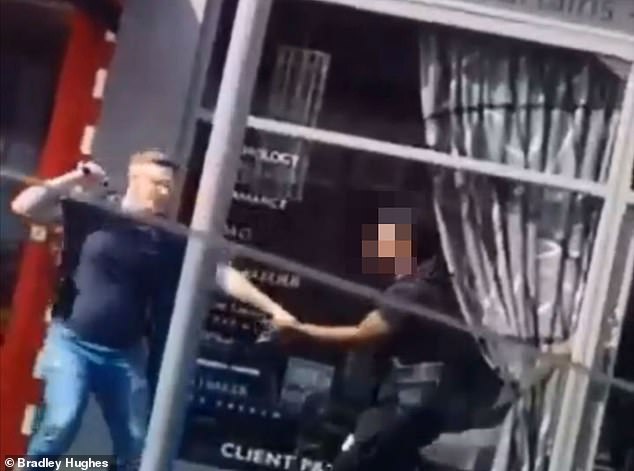 A 17-year-old boy was found in possession of class B drugs and arrested for possession with intent to supply and obstruction of a drugs search, Scotland Yard said.

The second boy, aged 14, made off to his home address in Brentwood Road but was later detained there, the force said. 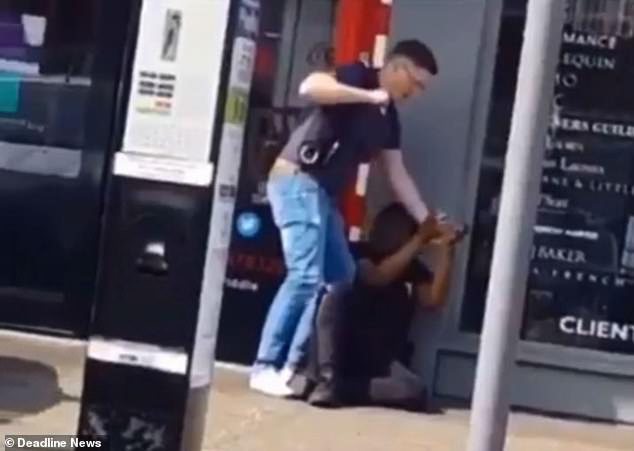 Police said that, during a struggle, an officer was assaulted. The boy was arrested for obstruction and assault on a police officer.

Both teenagers were later released under investigation.

In a statement, Scotland Yard said: ‘We are aware of footage circulating on social media. 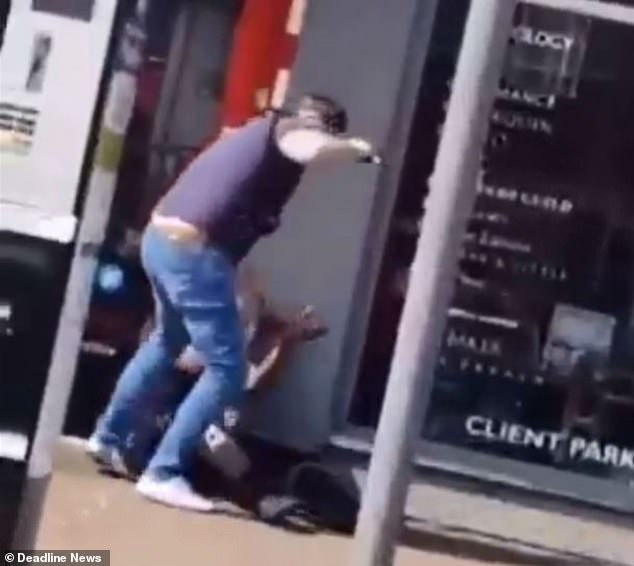 The video does not show the whole incident and the teenager had previously assaulted the officer, according to the Metropolitan Police

‘A full review into the circumstances surrounding the incident was carried out by the East Area Command Unit professional standards team, in liaison with the Met’s Directorate of Professional Standards.

‘A public complaint was received, then referred to the IOPC, who have now launched an independent investigation.

‘The MPS continues to work with our communities and will listen and act with regards to community concerns; we remain committed to keeping Londoners safe.’ 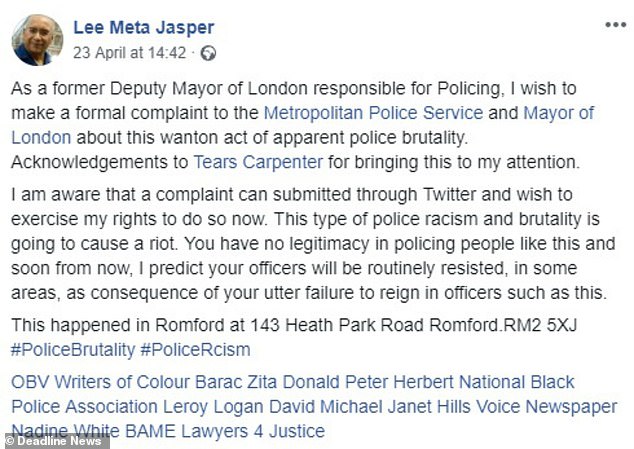 A petition calling for the suspension of a police officer said to have been involved in the incident has gained more than 34,000 signatures.

The change.org campaign, started by the BAME Lawyers for Justice group, said: ‘We condemn the recent, aggressive and disproportionately violent arrest of two young black brothers.’

The group added: ‘This arrest has caused huge outrage and concern amongst Londoners and many more concerned citizens throughout the country are appalled at what they’ve seen.’

Lee Jasper, a member of the group and one-time adviser on policing to former London mayor Ken Livingstone, said the officer should be suspended while the investigation is carried out.

He said: ‘I think restoration of confidence requires that this officer is immediately suspended from all duties, sent home and awaits the outcome of this investigation. I think it’s a crisis of community confidence in the police and they are best served by suspending the officer.’

The Met confirmed that the officer has not been suspended. 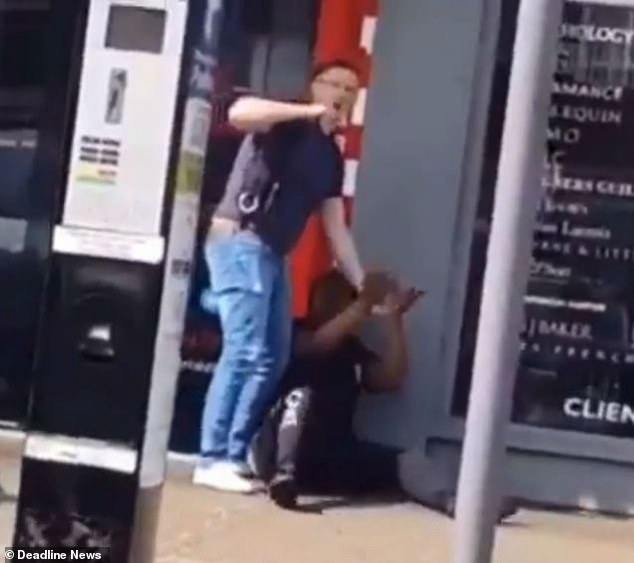