Another tragic scene from our filthy planet: Underwater footage shows fish attempting to EAT a filthy cigarette butt carelessly dropped in the ocean near Melbourne

An underwater camera has captured the moment a tiny fish is dwarfed by a cigarette butt after it is dropped into the ocean.

The video shows tiny fish swimming around the butt as they try to figure out what it is.

The video was filmed at Mornington Peninsula, south of Melbourne, by onebreathdiver. 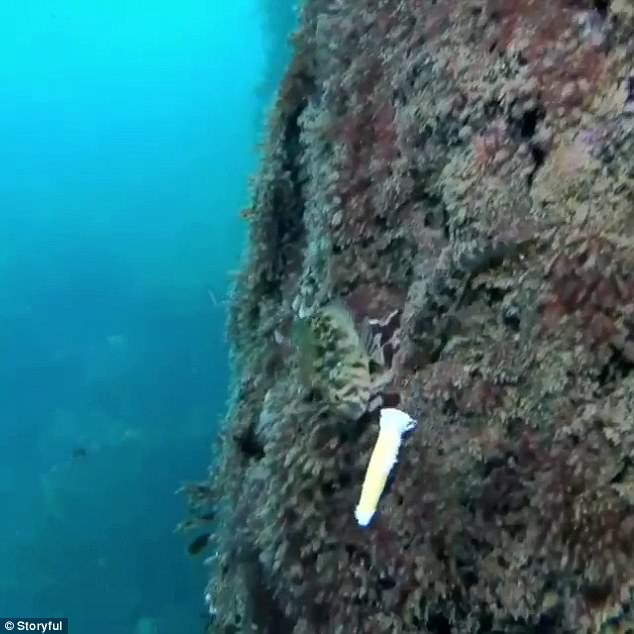 A video captured at Mornington Peninsula, South of Melbourne show a cigarette descending towards the ocean floor (pictured) 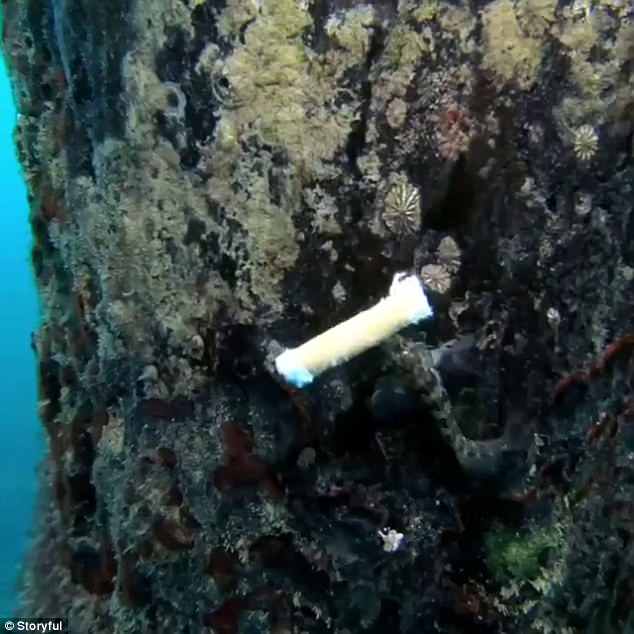 The cigarette butt is captured descending towards the ocean floor as fish swim around it in eager interest.

They swim towards the toxic butt and attempt to latch onto it, bouncing around the coral.

The footage was filmed by a freediver, Jules, who shares her underwater adventures to her 7000 followers.

Her Instagram caption read: ‘NO SMOKING These little fish don’t know how toxic those cigarettes butts are.’

It’s a known fact that cigarettes cause damage to the bodies of human beings – something the underwater environment shouldn’t have to worry about.

The upsetting video comes after increased environmental concern and discussion in Australia about the safety of marine life.

The plastic bag ban has commenced in Woolworths today, as fear grows over the negative implications of plastic waste on the environment and in the ocean.

Last week, a seagull was found dead and hung to a fence by a plastic bag, in Somerset. 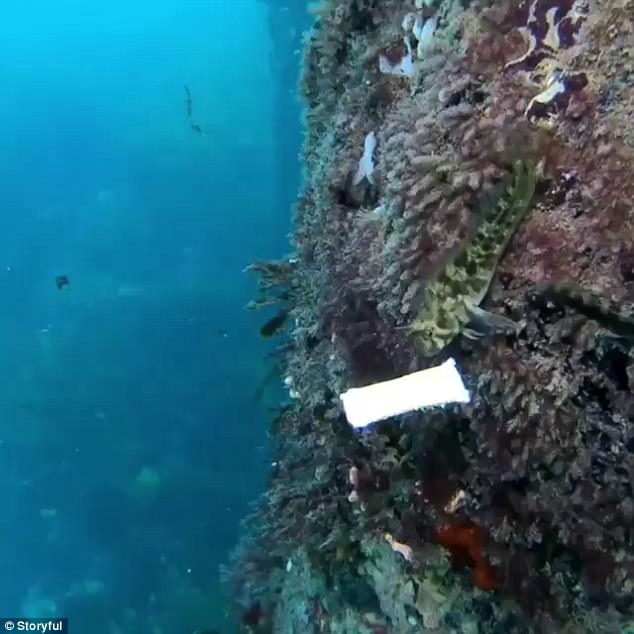 The fish try to latch onto the toxic butt (pictured), serving as a reminder of the dangers of ocean pollution 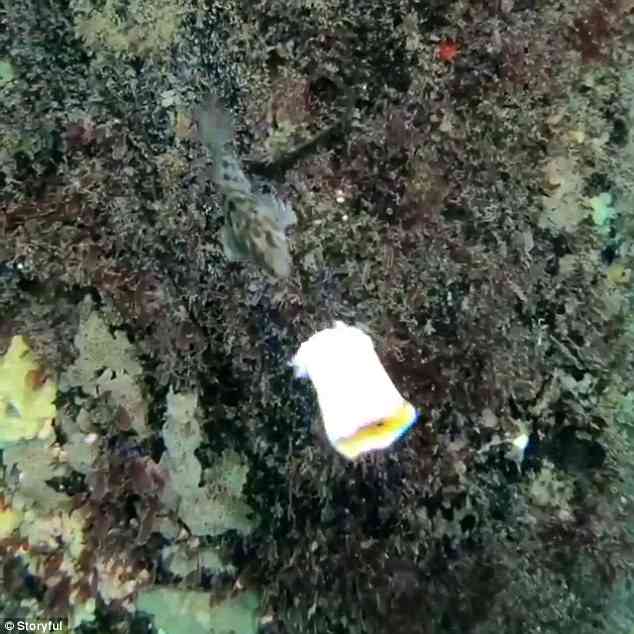 The video (pictured) comes after increased discussion on pollution in the environment, most commonly, plastic waste

Did Noah Centineo really tie the knot in Las Vegas?

London thief jailed for stealing from ambulance during Covid-19 crisis