Zimmer led the Vikings to two NFC North title and three playoff appearances, with a 2-3 postseason mark. Both playoff victories were thrilling wins over the New Orleans Saints — first the "Minneapolis Miracle" after the 2017 season and an overtime victory in New Orleans in the 2019 postseason.

But both victories were followed by blowout losses to eventual Super Bowl teams. And the Vikings' struggles since their last playoff appearance likely did Zimmer and Spielman in. 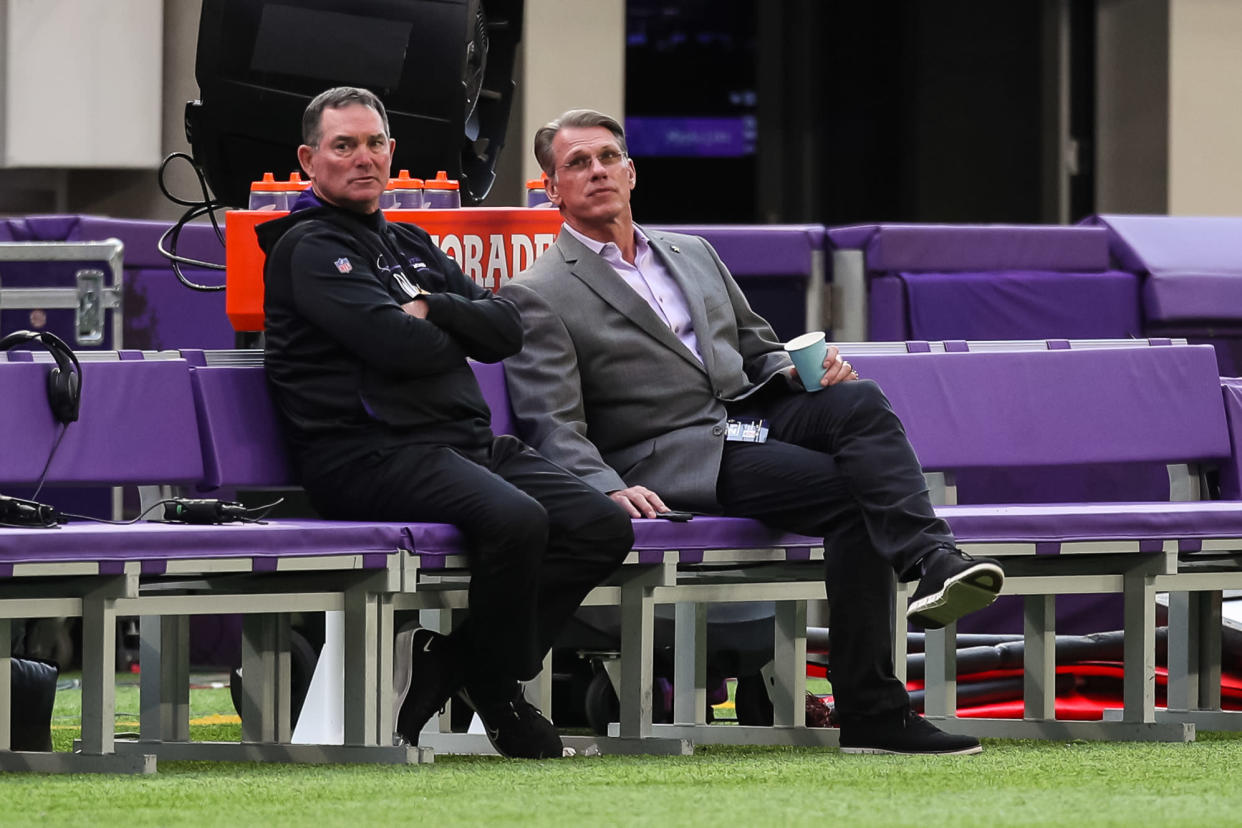 Although Zimmer signed a three-year contract extension in June 2020, running through the 2023 season, the Vikings turned in back-to-back sub-.500 seasons the past two years. In both campaigns, the Vikings got off to slow starts and also finished poorly.

Spielman's exit is more of a shock. He also had signed a multi-year extension in 2020 and had been GM since 2012 and had generally been regarded as one of the better drafters in the NFL, even with some clear misses. But landing gems such as Justin Jefferson certainly lent credence to the belief that he could be spared.

That didn't happen. This is a clear house cleaning in Minnesota now. The past two years have changed the organization's path.

The 2020 Vikings entered the bye at 1-5. They promptly won five of their next six to reach .500 and get back into contention. But three straight losses then knocked them from the playoff picture.

The 2021 season played out similarly but was more of a ping-pong affair. They never won or lost more than two consecutive games but opened the season 1-3 and lost two key games down the stretch, to the playoff-bound Rams and Packers.

The losses in 2021 tended to be close but painful. Their first seven losses were all by one score, as the Vikings often struggled to close out games. Several came to playoff teams, but losing to the previously winless Detroit Lions in Week 13 appeared to be the beginning of the end for Zimmer.

Zimmer arrived via the Cincinnati Bengals with the reputation of being one of the NFL's best defensive minds, and he helped revive a defense that had underachieved under previous head coach Leslie Frazier. in Zimmer's first six seasons in Minnesota, the Vikings' defense never ranked lower than 11th points allowed or 14th in points allowed.

But in the past two seasons, the defense has slid back considerably, and now the Vikings are looking for a new head coach again, along with their first new GM in a decade.

Meet the Italian Makers of Luxury

'The Sopranos': How Oksana Lada Pushed Irina Beyond Russian Stereotypes