VLADIMIR PUTIN has laid out his plan to tackle the Russian constitution – and stay in power until 2036.

The Russian leader today said there could be a presidential 'reset' and run after his current term expires. 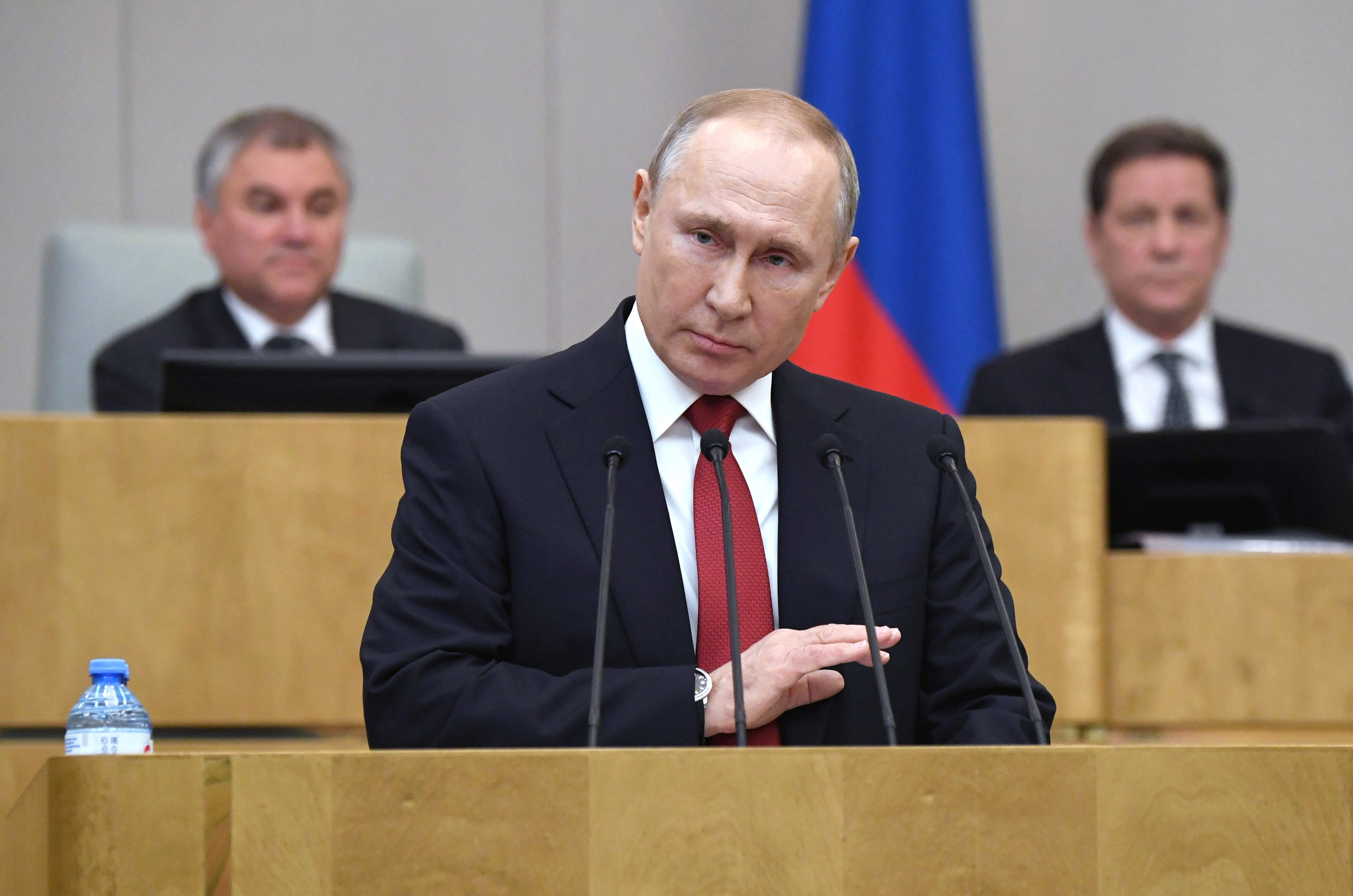 Putin, who has ruled Russia for more than 20 years, today laid out his plans on how he intends to hold onto power.

He told the lower house of State Duma: "This would be possible… if the constitutional court rules such an amendment would not go against (the constitution)."

It would mean that Putin, 67, who was first elected in 2000, could run again after his current six-year term expires.

If he wins another term it would keep the Russian ruler in power until 2036.

He told lawmakers: "These amendments are long overdue, they are needed, and I am sure they will be useful for society, for our citizens."

Putin appeared to suggest the country may not be reader for a new leader after calling for evolutionary change "because we have had enough of revolutions".

Putin said: "There will be a time when the highest power… will not be tied to one specific person.

"But all of our previous history happened in this way, and of course we cannot ignore this."

Putin’s current term ends in 2024 and at the moment he is not allowed to be president again as he has just served two consecutive terms.

He has held the top job in the Kremlin four times since he was first elected in 2000 but had to step down in 2008 because of current constitutional rules.

At the moment, there is no legal way for the 67-year-old to run again immediately, however speculation has been mounting about what could be done to keep him in power.

One of the options would be to change or scrap the number of presidential terms written in the current constitution.

Another would be to hand more powers to the government, parliament or a new body for Putin to lead.

Putin will barely be in his early 70s when his current term ends – younger than both President Donald Trump and his rival Joe Biden today.

Dmitry Trenin, director of the Carnegie Moscow Center, tweeted today: "It looks that after playing with ideas of State Council and Security Council Putin has finally decided in favour of running again in 2024."

Putin was re-elected in 2018, but his approval ratings have been falling as Russia's economy has been struggling.

Putin will barely be in his early 70s when his current term ends – younger than both President Donald Trump and his rival Joe Biden today.

And observers say there is little evidence power crazy Putin is preparing for a life of post-presidential leisure.

Bodycam footage shows dad, 53, shot dead by cops after he 'battered his wife and young child, 13, to death'