Home » Was it worth it? The positives and negatives of Australia’s war in Afghanistan

With our troops coming home, we should reflect on Australia’s involvement in what has long seemed to be an unwinnable war. In doing so as a nation we must take stock of the costs incurred and benefits accrued.

Top of the list is the cost in Australian lives. The 41 deaths on operations in Afghanistan are not the full tally. Hundreds more have died, mostly at their own hand, suffering from post-traumatic stress disorder or PTSD. Not enough is being done to stem that tide. 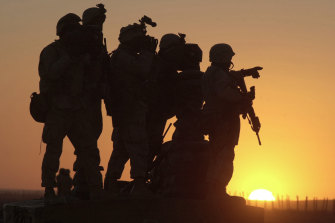 Australia’s commitment to the Afghanistan war is, like the Americans’, coming to an end.Credit:AP

Despite criticisms of some failures of command, successive commanders have managed to bring back home the overwhelming majority, if not quite everyone, in their contingents.

On the financial cost, Australia has spent close to $10 billion over the course of the war. That averages out to be about $500 million per year. In terms of the annual defence budget which currently sits at $42 billion per year, that figure is not particularly remarkable. It also pales compared to the jaw-dropping $US2 trillion spent by the United States.

In terms of benefits, military practitioners acknowledge that a more professionally honed force has emerged, having gained access to additional advanced military technology relevant to bolstering Australia’s more self-reliant defence posture. The force of today is a more capable one as a result. 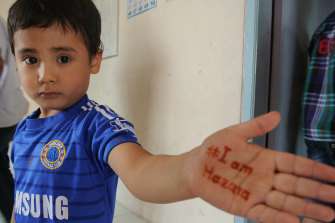 An Afghan asylum seeker child at a learning centre in Indonesia in 2014 after Australia stopped the boats. Credit:Michael Bachelard

On refugees, there are four million internally displaced Afghans and another 2.6 million refugees. Many fled Afghanistan following the Soviet invasion in 1979. Today 95,000 reside in the United States and a further 12,000 to 15,000 live in Australia.

Our presence there has not stemmed the tide. For a while, though, we made a tangible difference. Those involved felt justifiably proud of the contribution they made, on roads, schools, infrastructure, role modelling, and instilling hope. Much of that has sadly been lost. There remains scope, though, for Australia to welcome many more refugees.

For a country known as a patchwork of different languages and cultural groups, the unitary model favoured northern ethnic groups and disadvantaged the Pashtu south, from which the Taliban emerged. Without devolving authority to account for local requirements and consolidating mechanisms for justice and accountability, plans made with the best intentions to counter insurgency and to win hearts and minds were flawed. 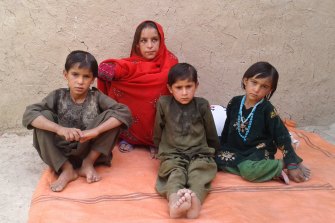 Some of the children of deceased Afghan villager, Ali Jan, who was the victim of an alleged war crime.

The ledger also includes the issue of war crimes. While the overwhelming proportion of Australians who deployed to Afghanistan acted honourably, the Brereton report points to a problem that requires a rigorous and systematic response.

What Brereton’s findings point to, however, are failures of political and military leadership. Most of the time Australia was comfortable allowing the United States to take the lead in strategy formulation, reckoning that by avoiding engaging too closely on such decision-making Australia could risk manage its contributions. As a result, Australians deployed with only woolly ideas about exactly what they were trying to do there.

In Niche wars like Afghanistan, there may have been a plausible justification for leaving the thinking to the Americans, particularly when they were experiencing their unipolar moment as the uncontested global power. If that view was ever valid, those times have now passed.

On the other side of the ledger, ousting Al Qaeda was an indisputable good. Yet the failure early on to defeat Al Qaeda in detail in the Tora Bora Mountains – to block them from making a retreat into Pakistan – pointed to an unwarranted level of self-confidence, hubris even, in the then US Defense Secretary Donald Rumsfeld, who refused appeals to deploy sufficient military force.

That was an incalculably bad call followed by yet another poor decision: the decision to invade Iraq. That distracted key policy makers from the evolving trend in Afghanistan, where the seeds were sown for the unravelling of the US-led dream of reconstruction.

The jury is still out on whether the so-called global war on terror mitigated the risk of further trans-national terrorism or simply enabled it to mutate and spread. The experience with Daesh or ISIS in Iraq, Syria and Marawi would suggest, though, that we should brace for more in future, both at home and abroad.

So, was it worth it? There were costs incurred and benefits accrued. Few decision makers, however, emerge from this two-decade long saga with their reputations unaffected.

We can only hope that lessons were learned and that, in future, Australia’s political and military leaders think deeply before again committing to the use of force and ensure they explain their purpose to Parliament.

After all, today, the stakes are higher than ever: we face great power contestation, along with environmental catastrophe and a spectrum of governance challenges looming. Australia must invest in some deep, visionary and inter-generational thinking to best place us for the future, with the welfare of our grandchildren in mind and not leave to others the formulation of strategy affecting our future.

John Blaxland is Professor of International Security and Intelligence Studies at the ANU’s Strategic and Defence Studies Centre. He is also an editor (with Marcus fielding and Thea Gellerfy) of Niche Wars: Australia in Afghanistan and Iraq 2001-2014 (a free download from ANU Press) .

Opinion takes on the week’s most debated topics with views that will challenge, champion and inform your own. Coming soon, sign up now.

Daughter of John Gilbert Getty, 52, pays tribute to her dad