DAGENHAM has been hit by “severe” flooding as the UK’s weekend washout continues with thunderstorms and 90mm of rain.

The heatwave which hit the country last week brought in torrential rain, lightning and gales, with a month's worth of showers falling in some parts of the UK yesterday. 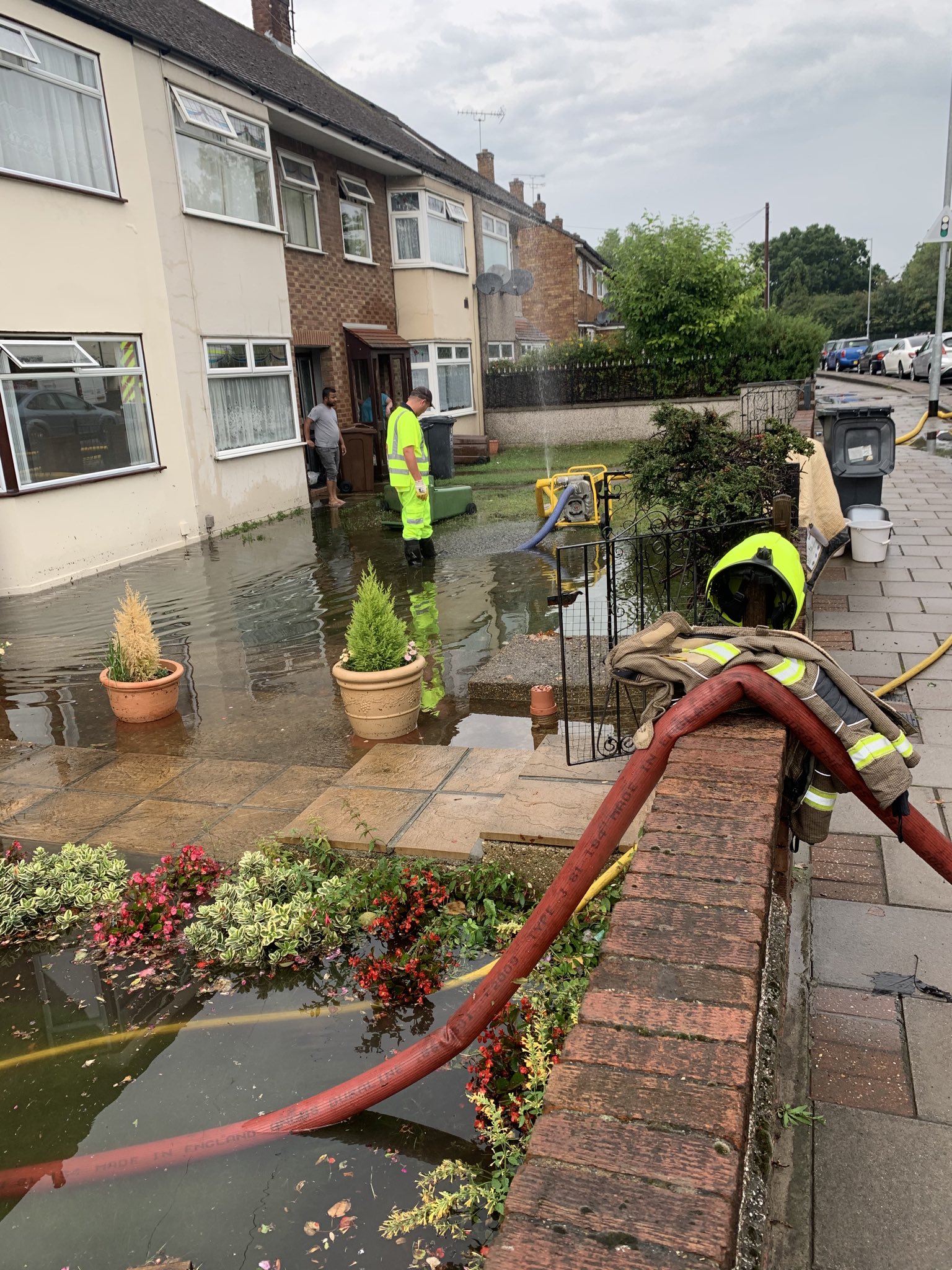 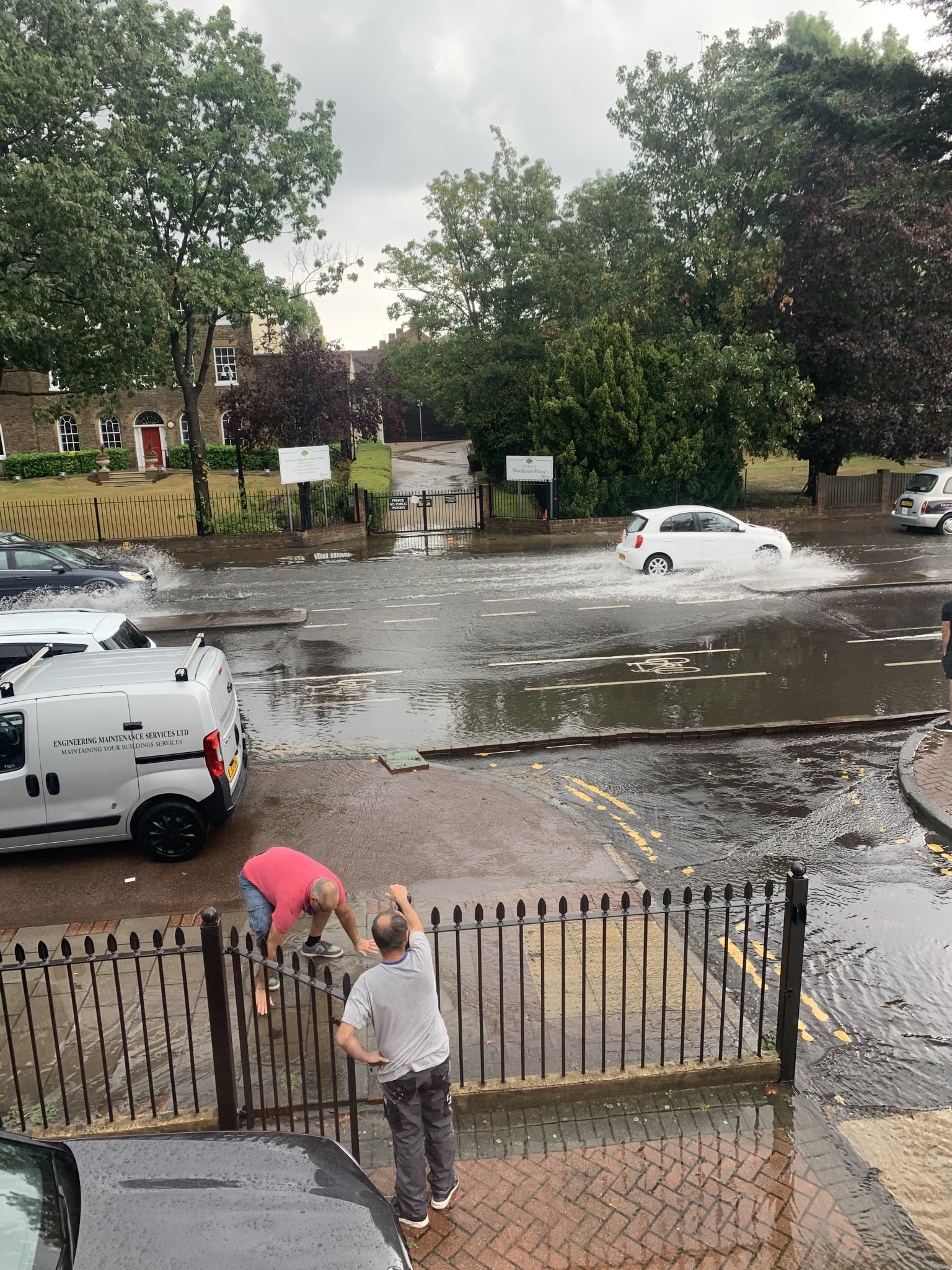 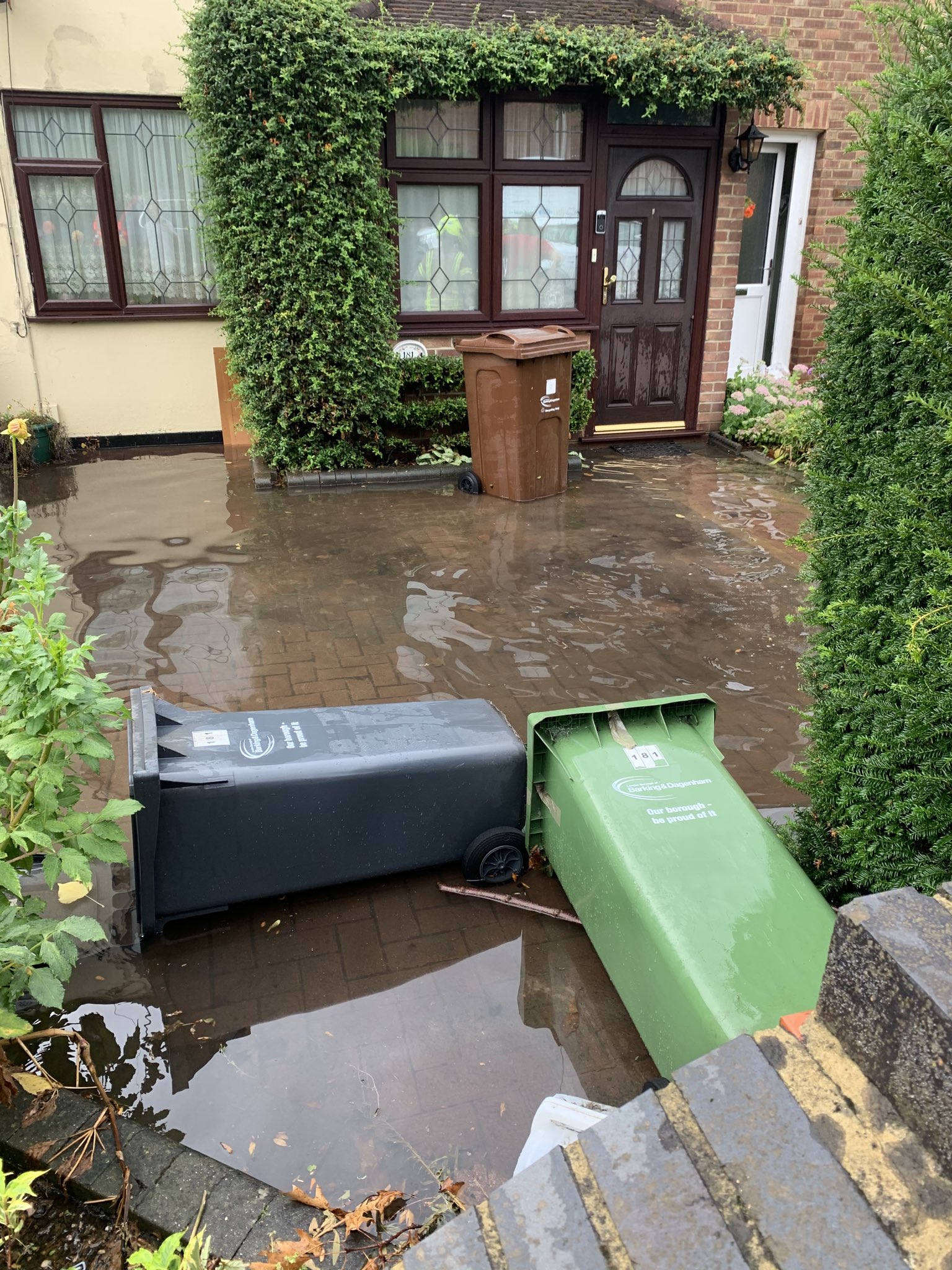 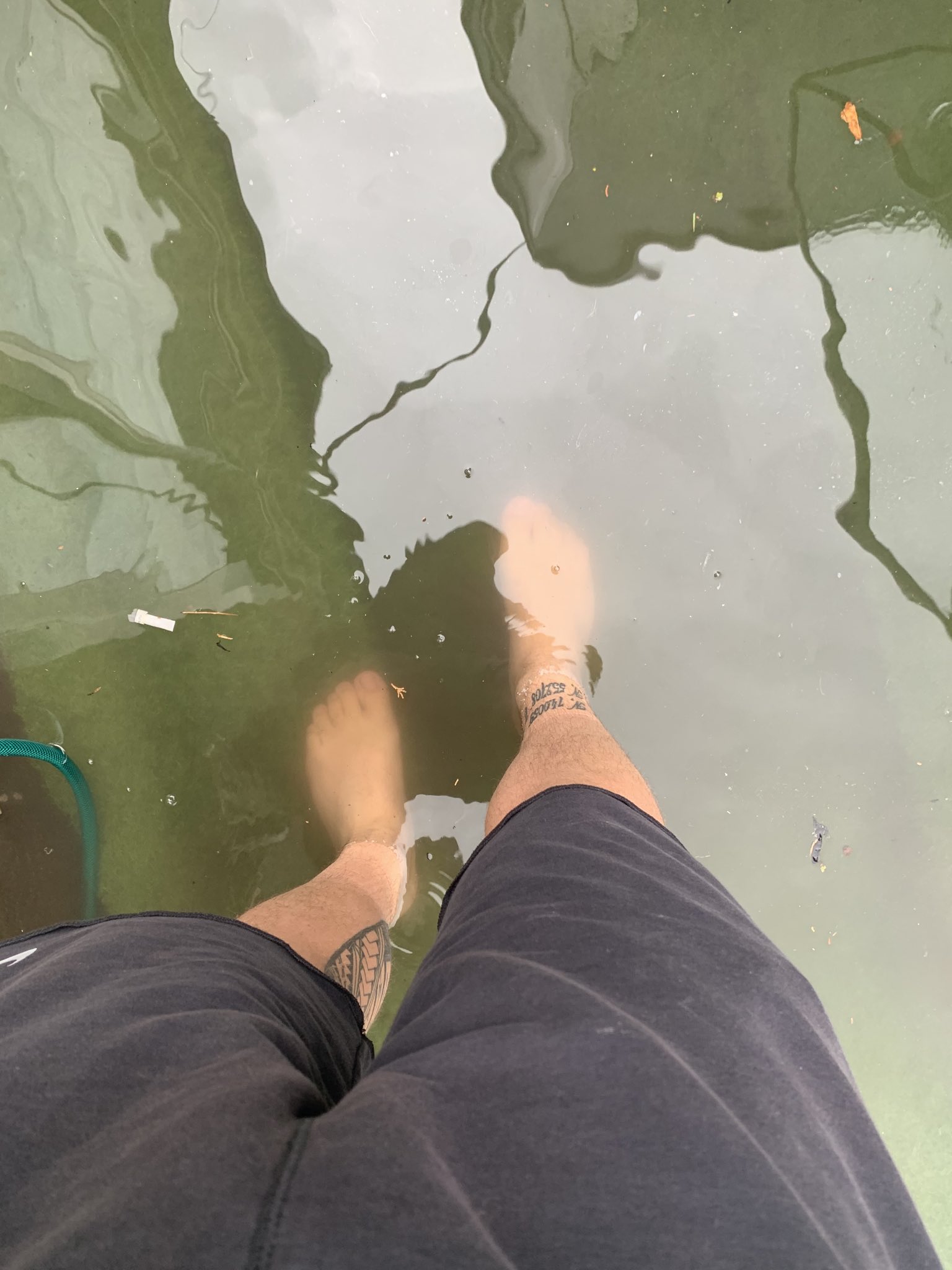 The Met Office has issued weather warnings with floods and storms expected to continue to batter large parts of England and Wales today.

Barking and Dagenham Council warned today: “There is severe flooding in the Dagenham east area and officers from the council's Incident Response Unit are currently attending.

“Further information will be provided shortly. Please avoid the area where possible.”

And residents took to social media to share shocking pics of their streets underwater, as well as begging authorities for help.

One person wrote: “Bad flooding from Dagenham East lights all the way to Eastbrook lights and leading up to it at Oxlow Lane, Dagenham football ground also.

“Badly need sand bags for the home owners, be careful.”

Another wrote: “My fencing is floating by Dagenham and Redbridge football club.”

And a third said: “Victoria Road/Football club is lapping at my front door. Any number to inform?” 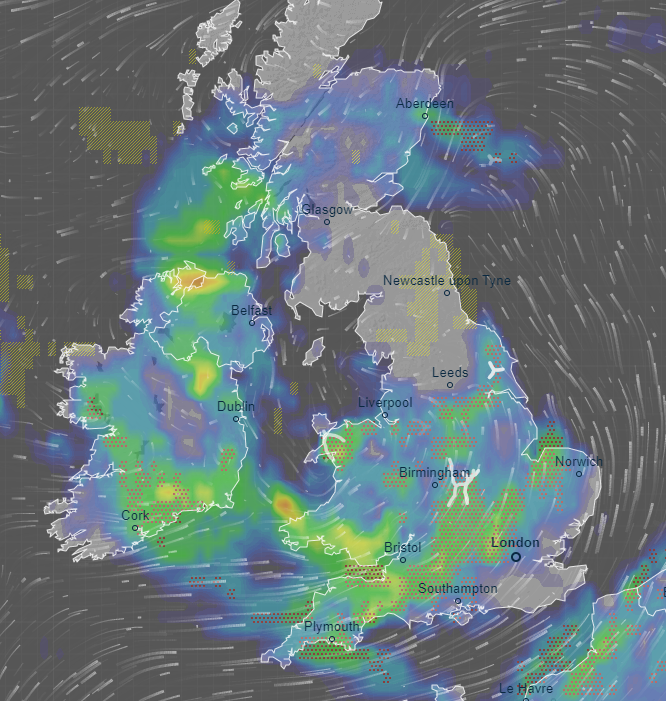 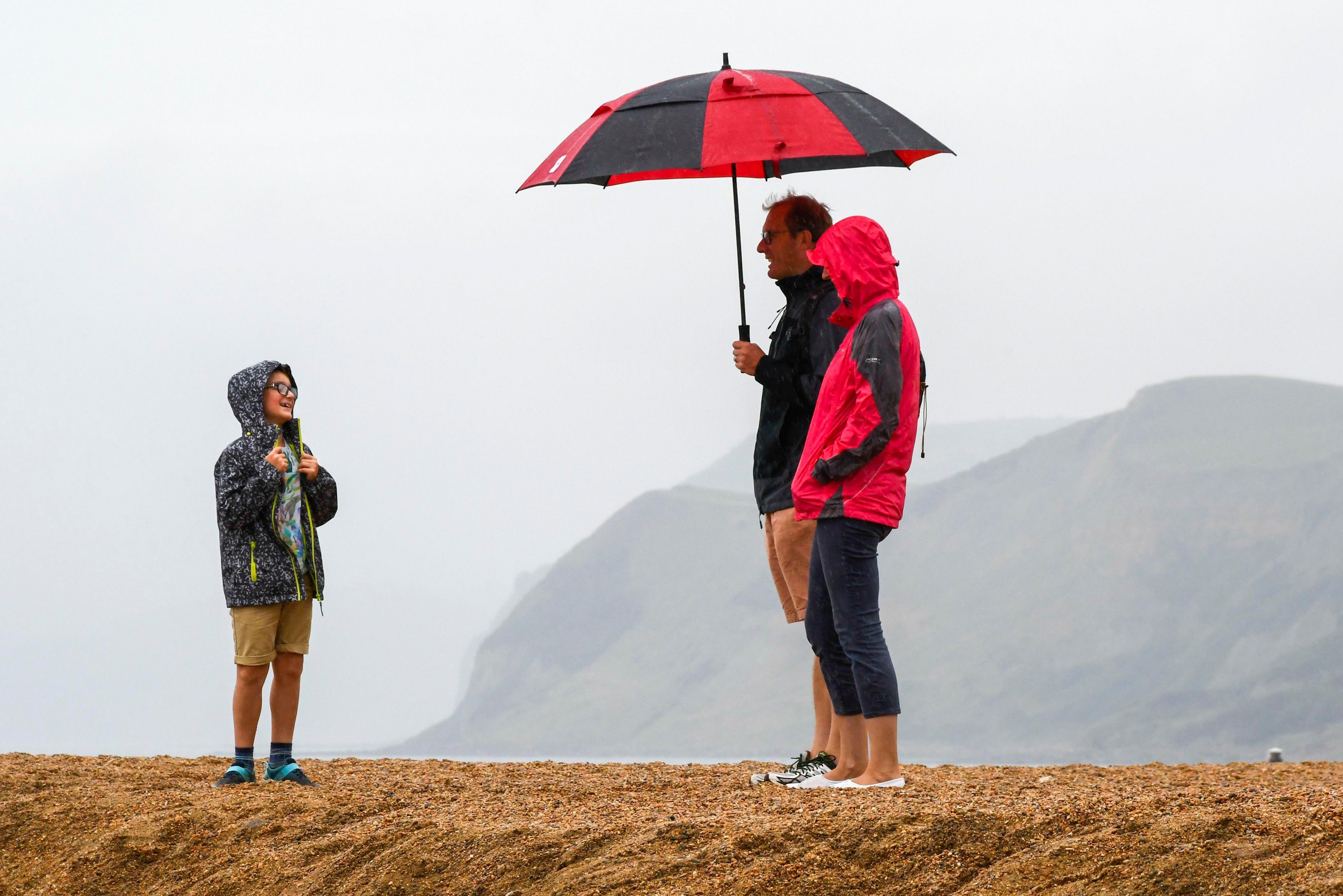 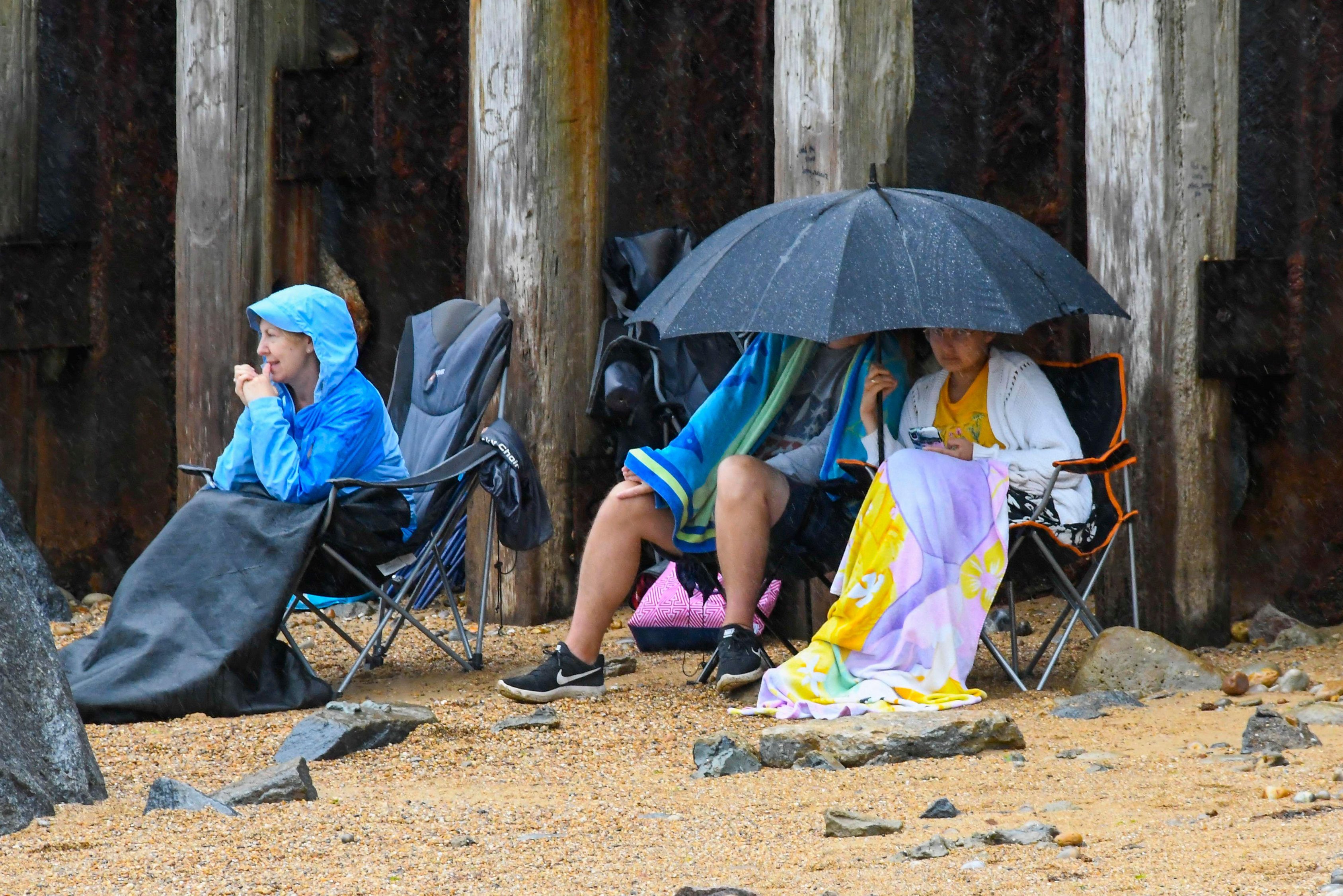 Chief Meteorologist Frank Saunders says: “Up until Monday Thunderstorm warnings cover much of England and Wales, with parts of southern England and South Wales seeing the greatest likelihood of impacts.

"The storms will not affect all areas, but where they happen there will be frequent lightning, gusty winds and intense, heavy downpours with 30 to 40mm of rain possible in less than an hour and, in a few unlucky spots, a small chance of 60 mm falling in a short period."

The Met Office said 24.1mm of rain fell in an hour in Canterbury, Kent, on Saturday, with 90mm possible in some parts of the country today in a matter of hours.

A yellow weather warning is in place until 9pm tomorrow – urging Brits to be ready for possible flooding and power cuts.

Driving conditions could be impacted, with "spray and sudden flooding".

The most likely areas to see heavy showers are in the East of England and the East Midlands during the afternoon and evening.

The warning adds: "The thunderstorms may be accompanied by large hail, frequent lightning and gusty winds."

“Environment Agency teams are working hard alongside local authorities to reduce the risk of flooding and keep communities safe, clearing grills and weed screens in areas which may be affected by heavy showers, and are ready to respond and support where needed."

Today most of Scotland and Northern Ireland is staying dry, but England and Wales are set for a largely grey day with heavy showers.

This evening thunderstorms and rain are set to continue, with some patches of fog developing in England and Wales.

Last night the downpours didn't deter partygoers as they hit the town despite the rain.

Pictures show girls dressed to the nines using clutch bags as makeshift umbrellas and carrying on the party, despite their damp blow drys and soggy sandals.

Snaps taken in Leeds and Manchester prove northern partygoers are not fazed by much as boozed up Brits in short sleeves and skirts braved the cold rain to carry on the night.

Despite the chilly showers, yesterday was relatively warm with highs of 25C in North Wales, meanwhile Manchester's evening temperature was around 17C and Leeds' a little colder at 14C. 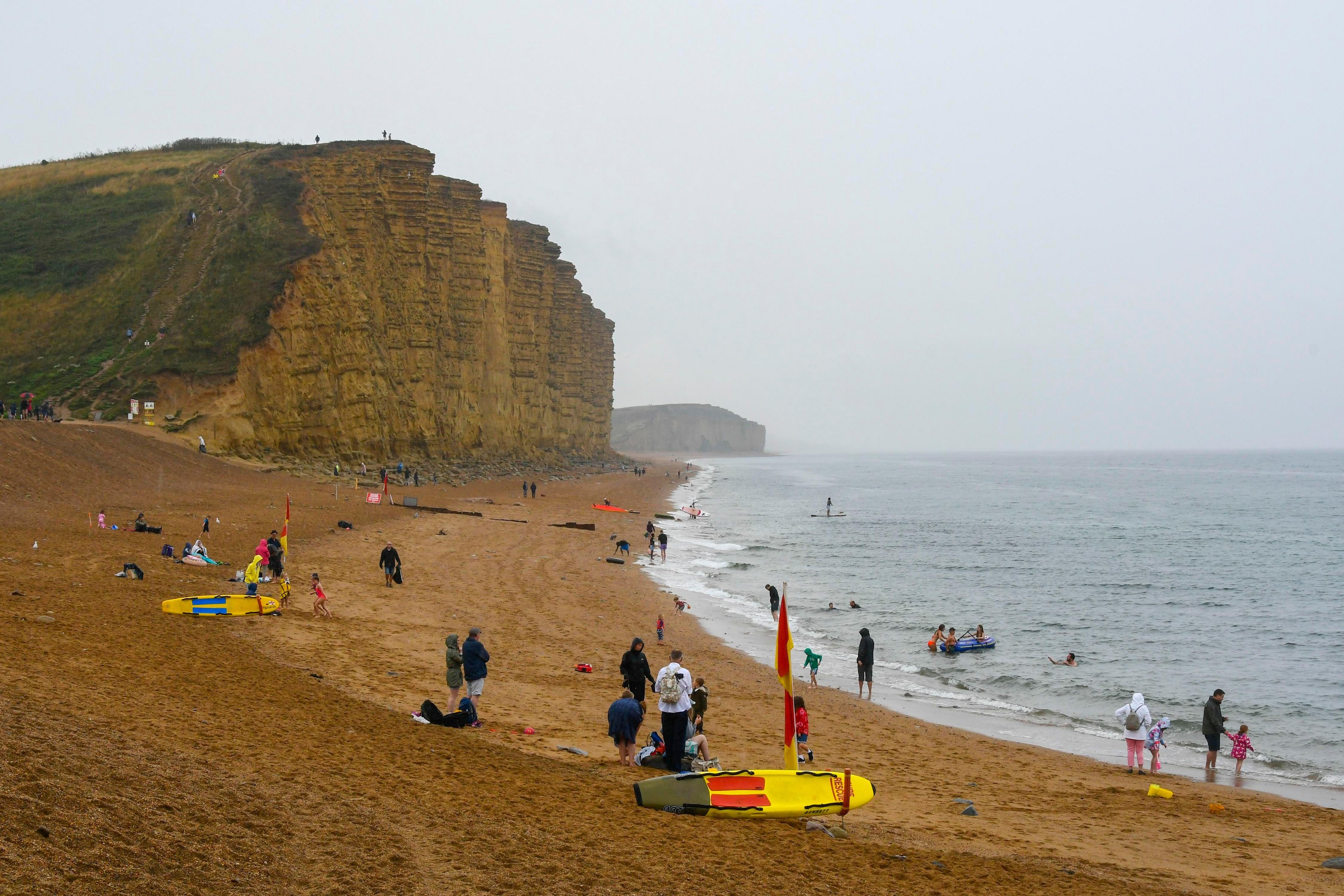 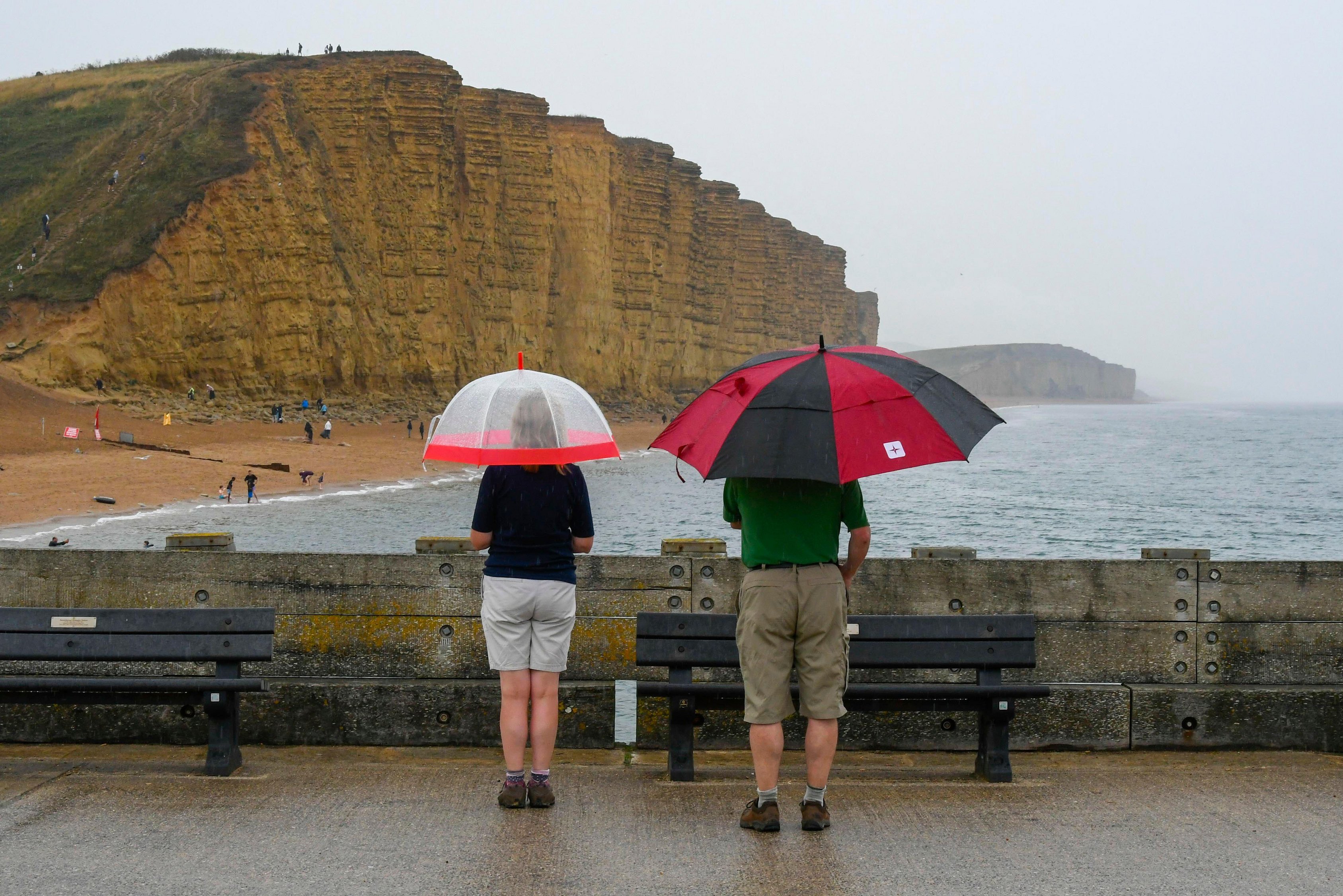 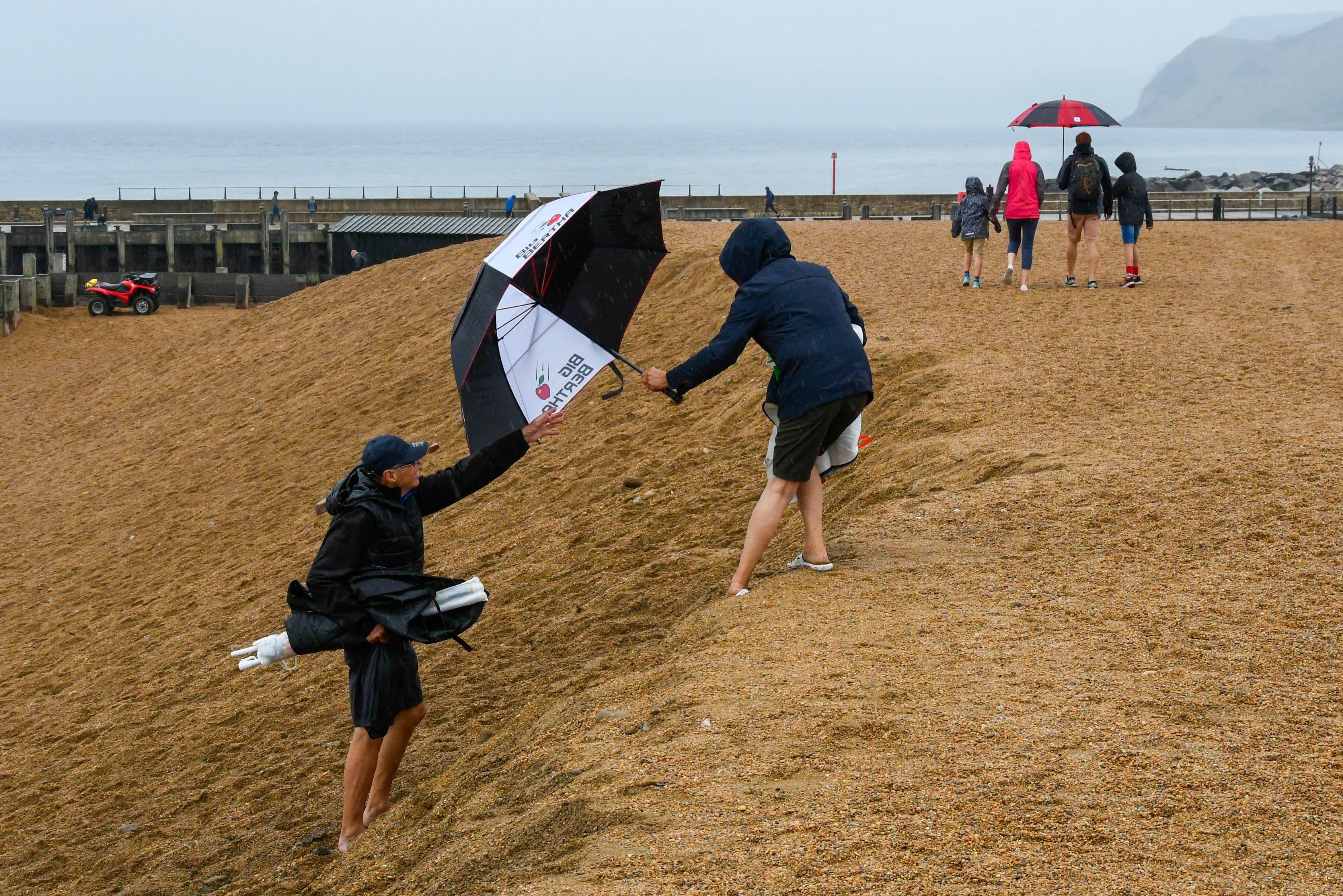