ON the morning of September 11, 2001, President George Bush was participating in a reading demonstration at a school in Florida.

He could not have anticipated what would follow over the course of the day, as thousands were killed during the 9/11 terrorist attacks on New York, Washington, DC and Pennsylvania. 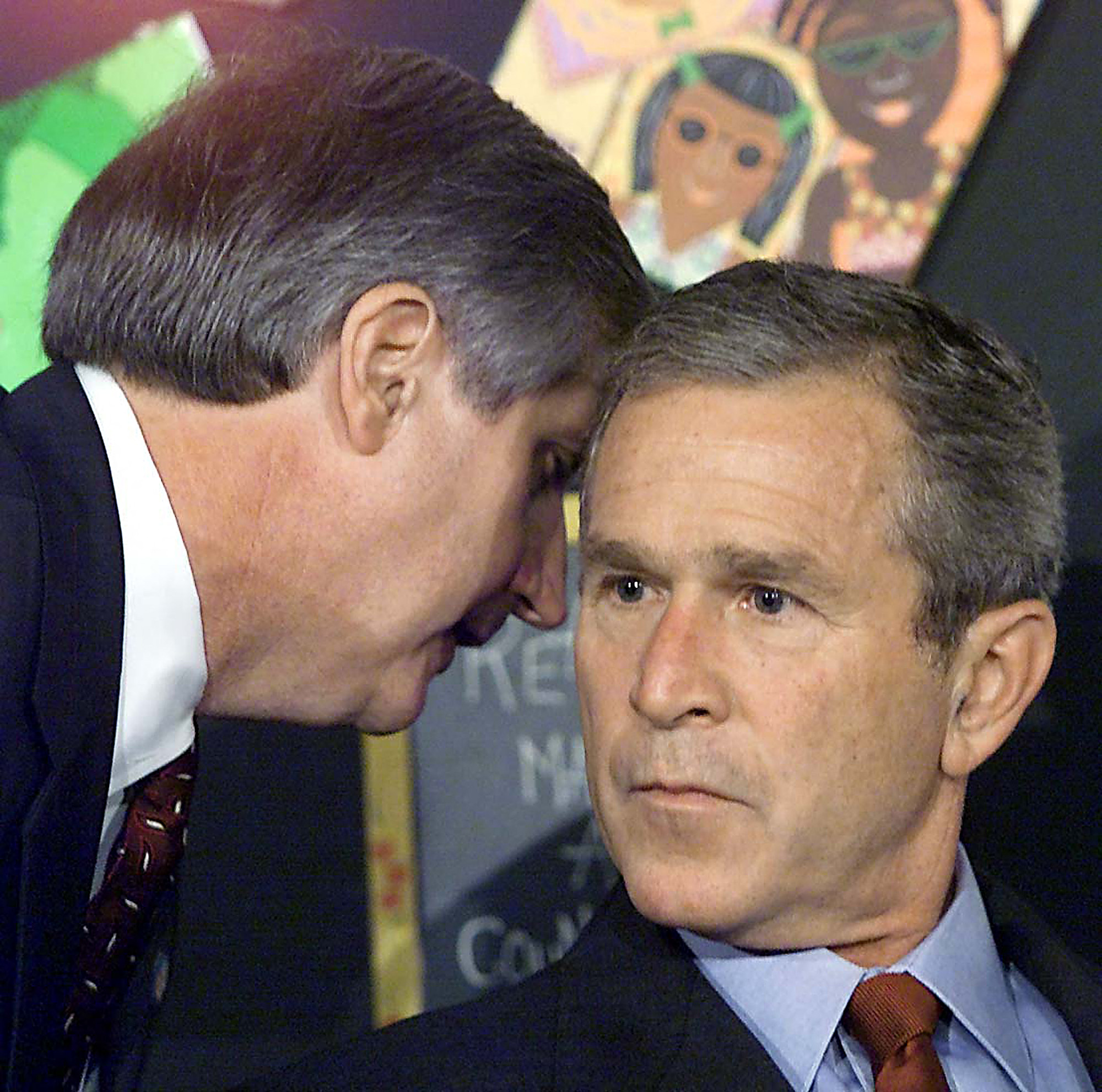 What did George Bush do on the day of the 9/11 attacks?

8:50 a.m. – President George W. Bush is alerted to events unfolding in New York after Flight 11 crashes into floors 93 through 99 of the North Tower.

At the time, his advisors assume this is a tragic accident.

9:05 a.m. – The president learns that a second plane, Flight 175, has crashed into the World Trade Center.

The school is subsequently turned into a makeshift command centre.

9:30 a.m. – Bush addresses Americans in a press conference at the Elementary School. He says that "terrorism against our nation will not stand."

Shortly after Bush’s address the President’s national security team convene in the situation room – a secure communications basement in the west wing.

Vice President Dick Cheney is there along with national security advisor Condoleezza Rice.

Meanwhile, the President leaves Florida, his destination at take-off a secret as a high security risk is put in place.

It is later revealed that he had landed at Louisiana’s Barksdale Air Force Base where, following a meeting with senior officials, he makes another formal address.

Bush pledges that the US will retaliate saying: “Make no mistake, the United States will hunt down and punish those responsible for these cowardly acts.“

The President then flew to the Offutt Air Force Base in Nebraska – the US strategic air command centre.

At a bunker in the base, he convenes a national security meeting – joining his team via a teleconference. 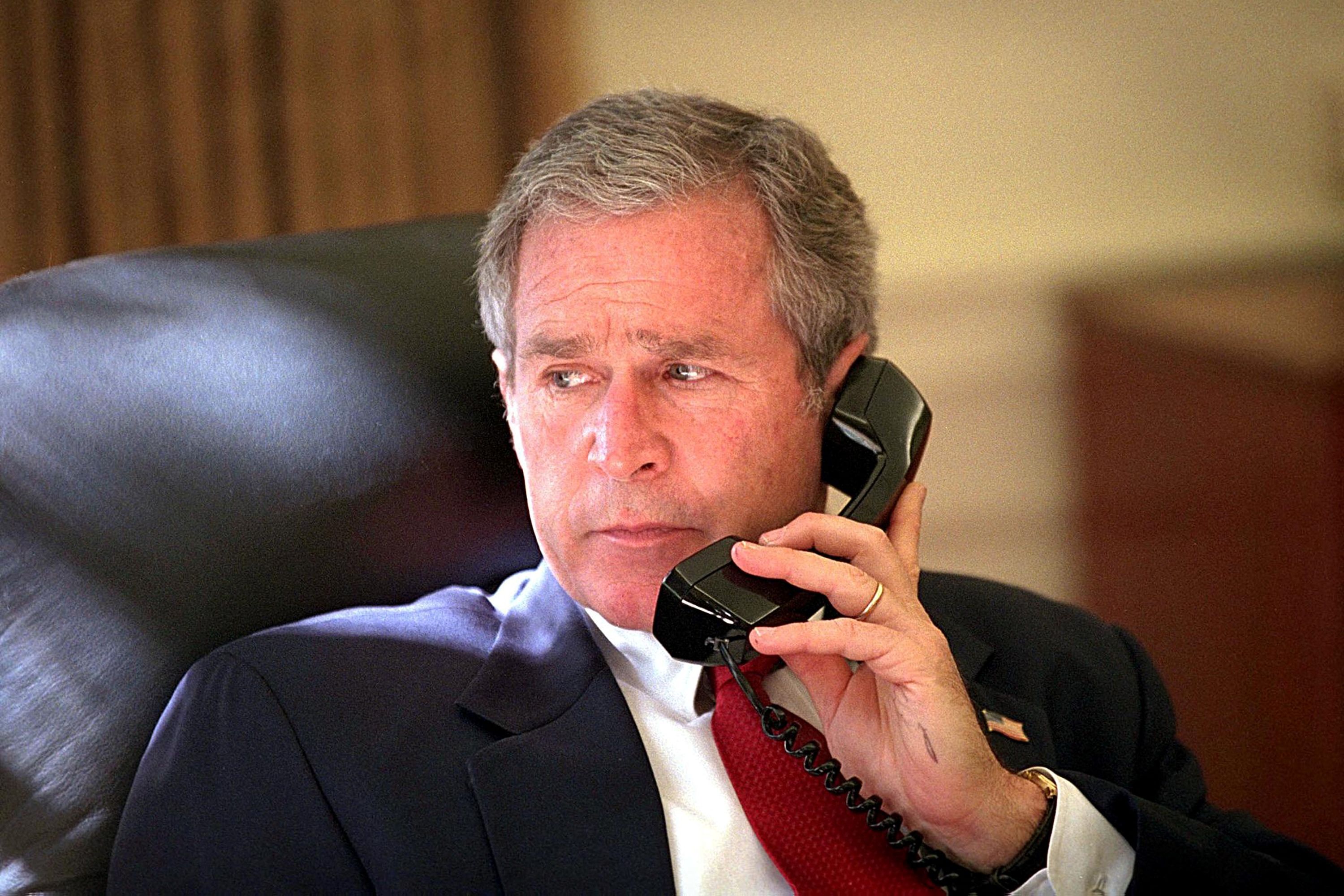 Back in Washington, his top advisor Karen Hughes insists that the White House has the situation under control.

She say: “We have a federal emergency response plan and at President Bush's direction, we are implementing it.”

He also speaks with First Lady Laura Bush who, along with their two daughters, are taken to secure locations.

Following a short stop at Andrews Air Force Base, Bush then departs for Washington DC.

When he arrives he works with senior staff, including Cherny and Rice, to review the speech that he will deliver to the nation in the evening. 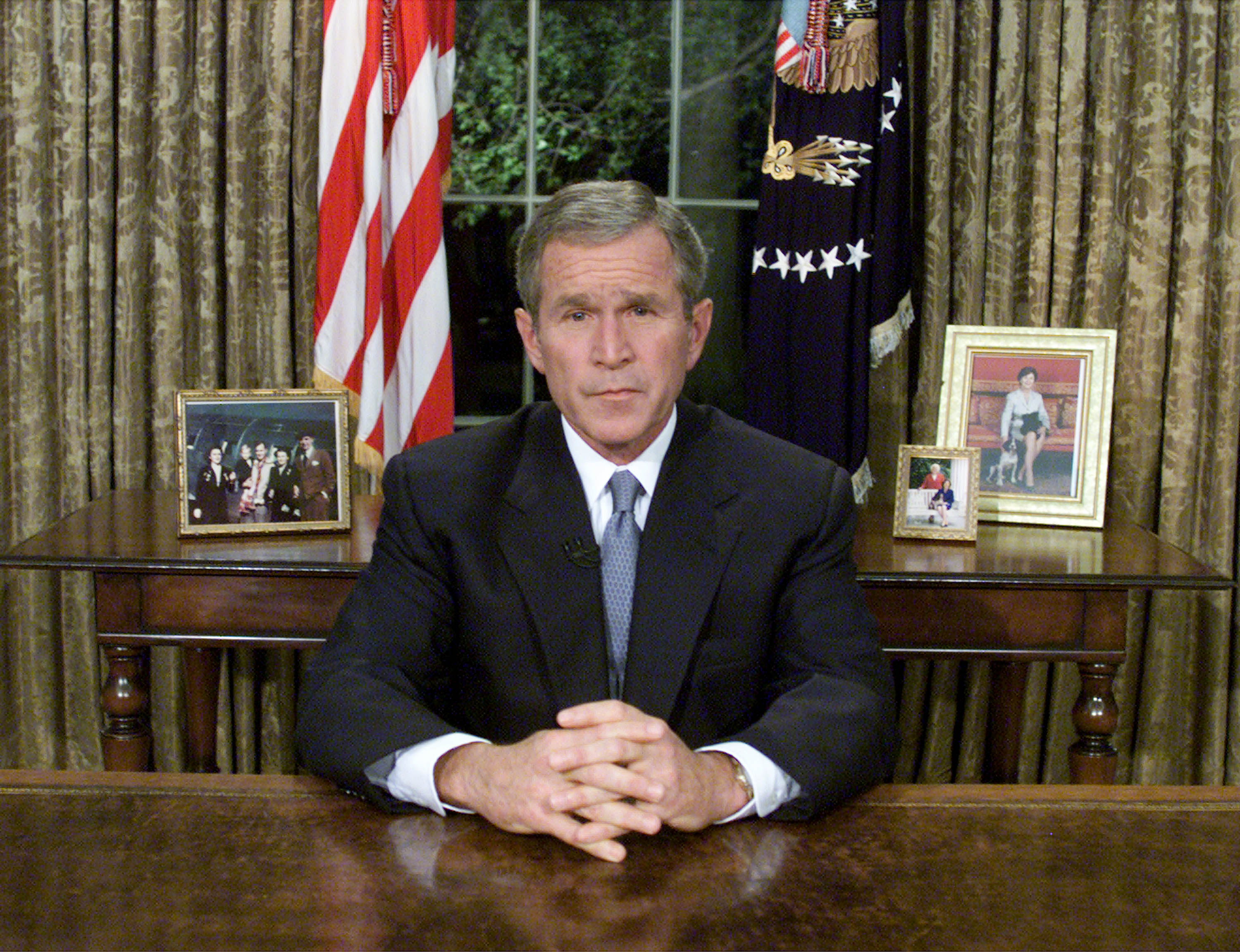 8:30 p.m. – President Bush addresses the nation from the White House, assuring Americans that a search is underway for "those who are behind these evil acts."

It was the worst loss of life due to a terrorist incident on US soil.

Kylie Jenner has a color-coordinated closet for her designer handbags, plus more proof stars are nothing like us

Dynamic dog Tesla works out with her owner