Home » What does interred in the Royal Vault mean?

THE Duke of Edinburgh's coffin descended into the Royal Vault during his funeral – but it won't remain there forever.

Prince Philip will rest there alongside the remains of 24 other royals, including King George III and Queen Victoria's father, Prince Edward. 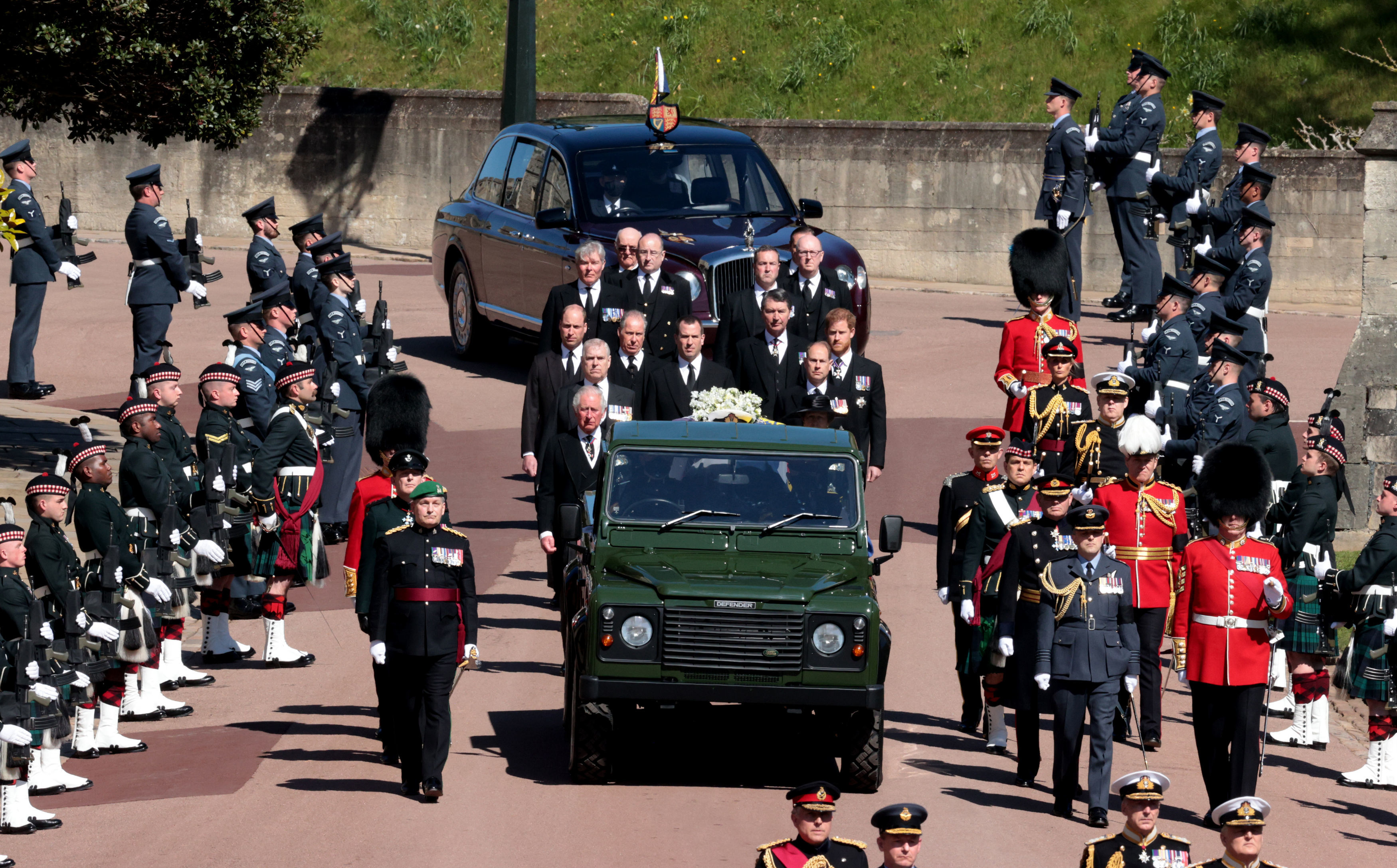 What does interred in the Royal Vault mean?

Prince Philip’s coffin was lowered into the Royal Vault in front of millions of viewers in an unprecedented moment, televised for the first time.

His coffin was shown being lowered by an electric motor during his April 17, 2021, funeral service, marking a first in British Royal history.

It was interred – in other words placed – in the tomb-like Royal Vault.

The coffin had been draped with his personal standard, featuring his Admiral of the Fleet naval cap and sword next to a wreath of white flowers chosen by the Queen with a handwritten card from his wife of 73 years.

During the ceremonial royal funeral, the Archbishop of Canterbury gave thanks for the duke's "resolute faith and loyalty". 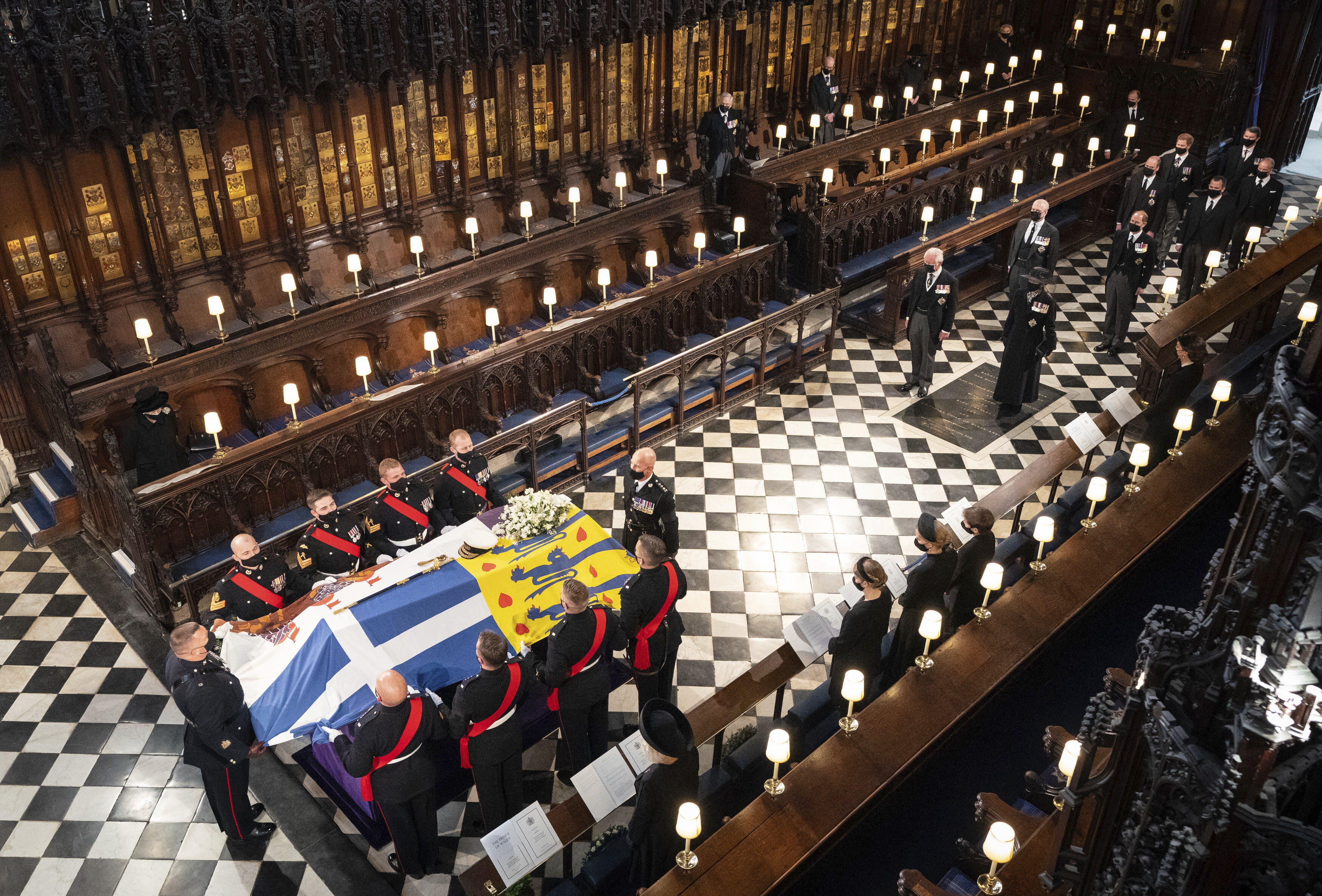 As Philip’s coffin was lowered into the Royal Vault, the Garter King of Arms proclaimed the Duke’s “styles and titles” which were read out in full.

The Royal Marine buglers sounded 'Action Stations', an alarm that alerts sailors to prepare for battle, and was included in the service at his request.

He will rest in the Royal Vault – at least until the Queen’s death – alongside the remains of 24 other royals, including King George III, whose reign included the years of the American Revolution.

The Queen and Philip are expected to be buried together in the Royal Burial Ground on the Frogmore Estate, close to Windsor Castle. 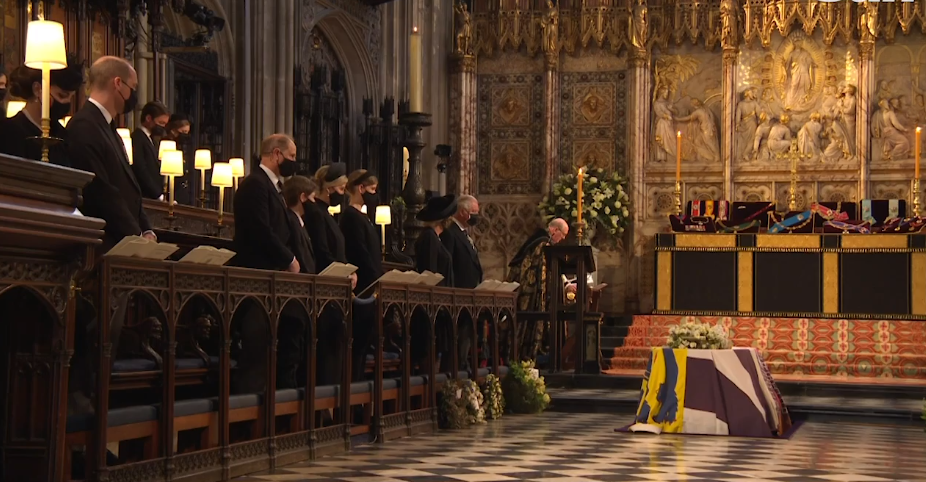 What is the Royal Vault?

The Royal Vault was completed in 1810 under St George's Chapel in Windsor, Berkshire.

It was created for George III, who died in 1820 and is buried along with George IV and William IV.

Others buried there include George III's wife Queen Charlotte and their daughter Princess Amelia, who was the first to be interred in the tomb.

George IV's daughter Princess Charlotte and Queen Victoria's father the Duke of Kent were also placed in the vault.

Princess Margaret, who died in 2002, was cremated and her ashes were initially placed in the Royal Vault, before being moved to the George VI memorial chapel with her parents' coffins when the Queen Mother died just weeks later.

The Times explains that it is located under the quire (where the clergy and church choir are located), near the altar, where there's a slab of black-and-white diamond-shaped stones.

It says this floor slab "is removed for certain funerals, exposing an aperture with a (mechanical) lift.

"Coffins are slowly lowered about 15 or 16 feet, then conveyed along a passageway and through iron gates into the vault."

Inside the vault are "richly ornamented coffins of the royal family, on shelves between the Gothic octagon-shaped columns," the paper adds.

How many Royals are buried in the Royal Vault?

Prince Philip has become the 25th member of the royal family to rest in the Royal Vault.

Here is the full list of Royals resting in the vault: