Home » World News » What happened on Palm Sunday in the bible?

PALM Sunday is a Christian moveable feast that falls on the Sunday before Easter, marking the start of Holy Week.

Many churches of  Christian denominations, including the Orthodox, Catholic, Lutheran, Methodist, Anglican, Moravian and Reformed traditions, distribute palm branches to their congregations 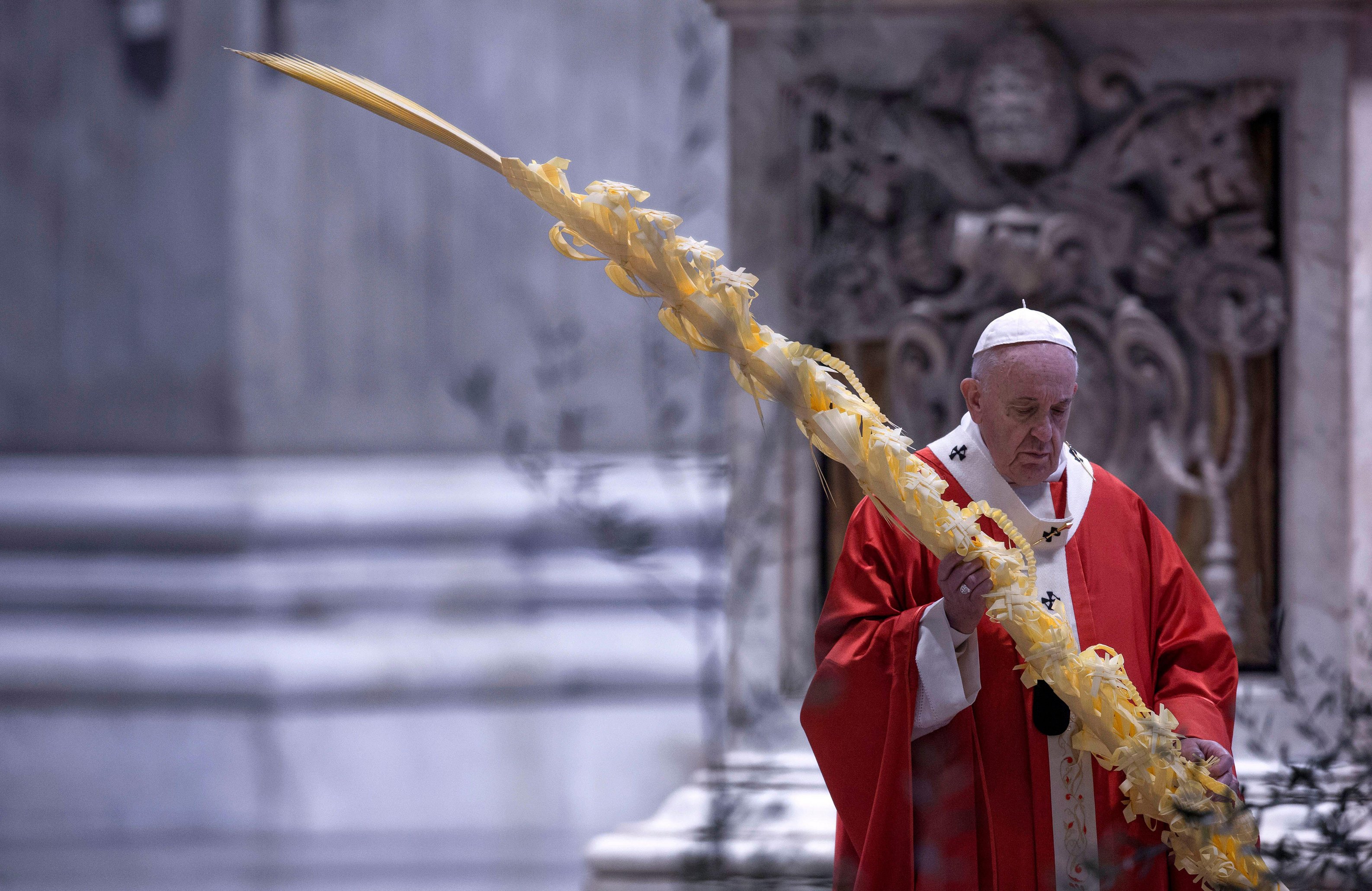 What happened on Palm Sunday in the bible?

Palm Sunday commemorates the entrance of Jesus into Jerusalem when palm branches were placed in his path, before his arrest on Holy Thursday and his crucifixion on Good Friday.

On Jesus' way to Jerusalem, he sent two disciples ahead to the village of Bethpage, about a mile away from the city at the foot of the Mount of Olives.

He told them to look for a donkey tied by a house, with its unbroken colt next to it. Jesus instructed the disciples to tell the owners of the animal that "The Lord has need of it."

The men found the donkey, brought it and its colt to Jesus, and placed their cloaks on the colt. Jesus sat on the young donkey and slowly, humbly, made his triumphal entry into Jerusalem. 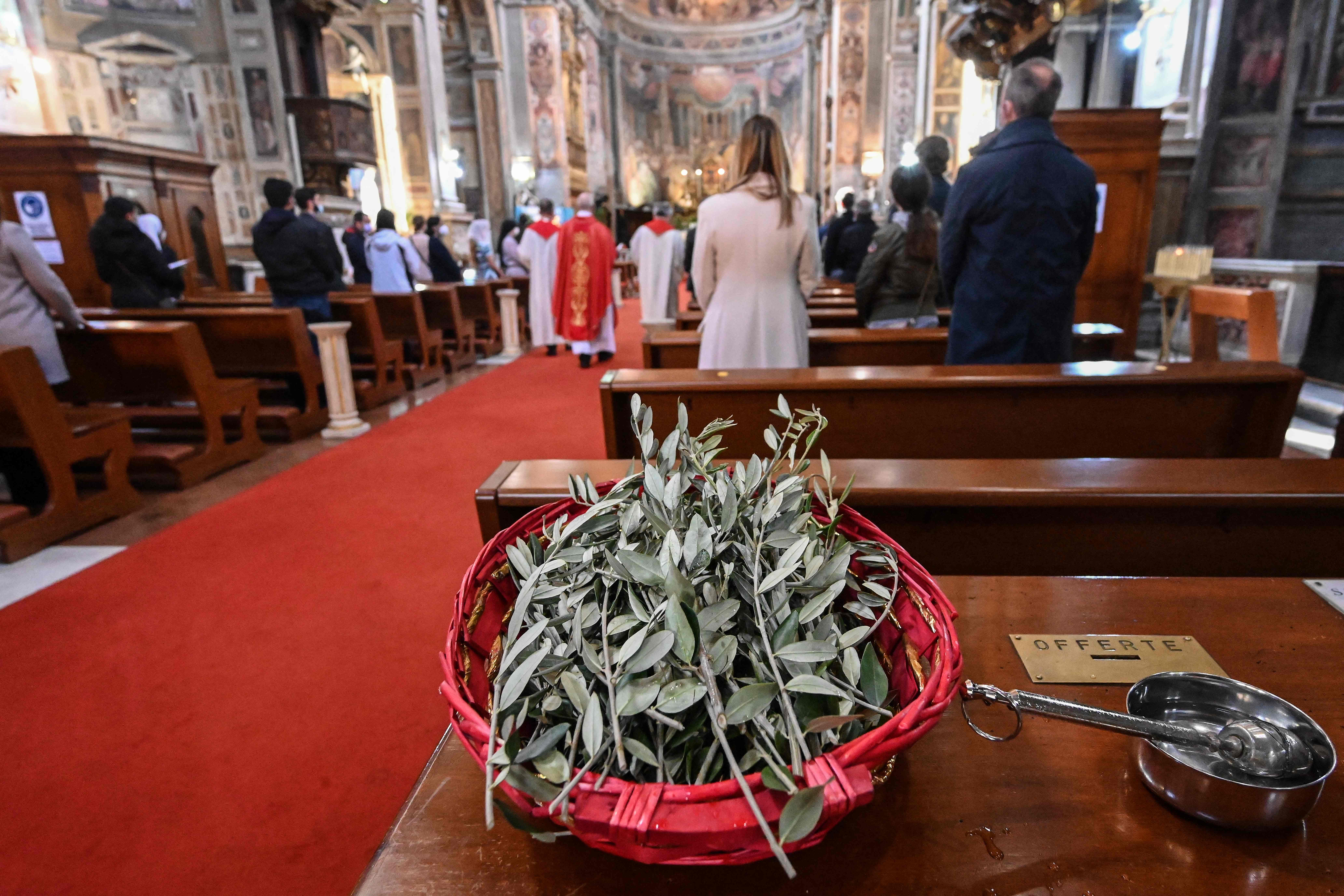 In his path, people threw their cloaks on the ground and put palm branches on the road before him. Others waved palm branches in the air.

Large Passover crowds surrounded Jesus, shouting "Hosanna to the Son of David! Blessed is he who comes in the name of the Lord! Hosanna in the highest!"

By that time, the commotion was spreading through the entire city. Many of the Galilean disciples had earlier seen Jesus raise Lazarus from the dead.

Undoubtedly they were spreading the news of that astonishing miracle.

The people of the city did not fully understand Christ's mission yet, but their worship honored God.

The Pharisees, who were jealous of Jesus and afraid of the Romans, said: "'Teacher, rebuke your disciples.' He answered, 'I tell you, if these were silent, the very stones would cry out.'"

Following this glorious time of celebration, Jesus began his final journey to the cross. 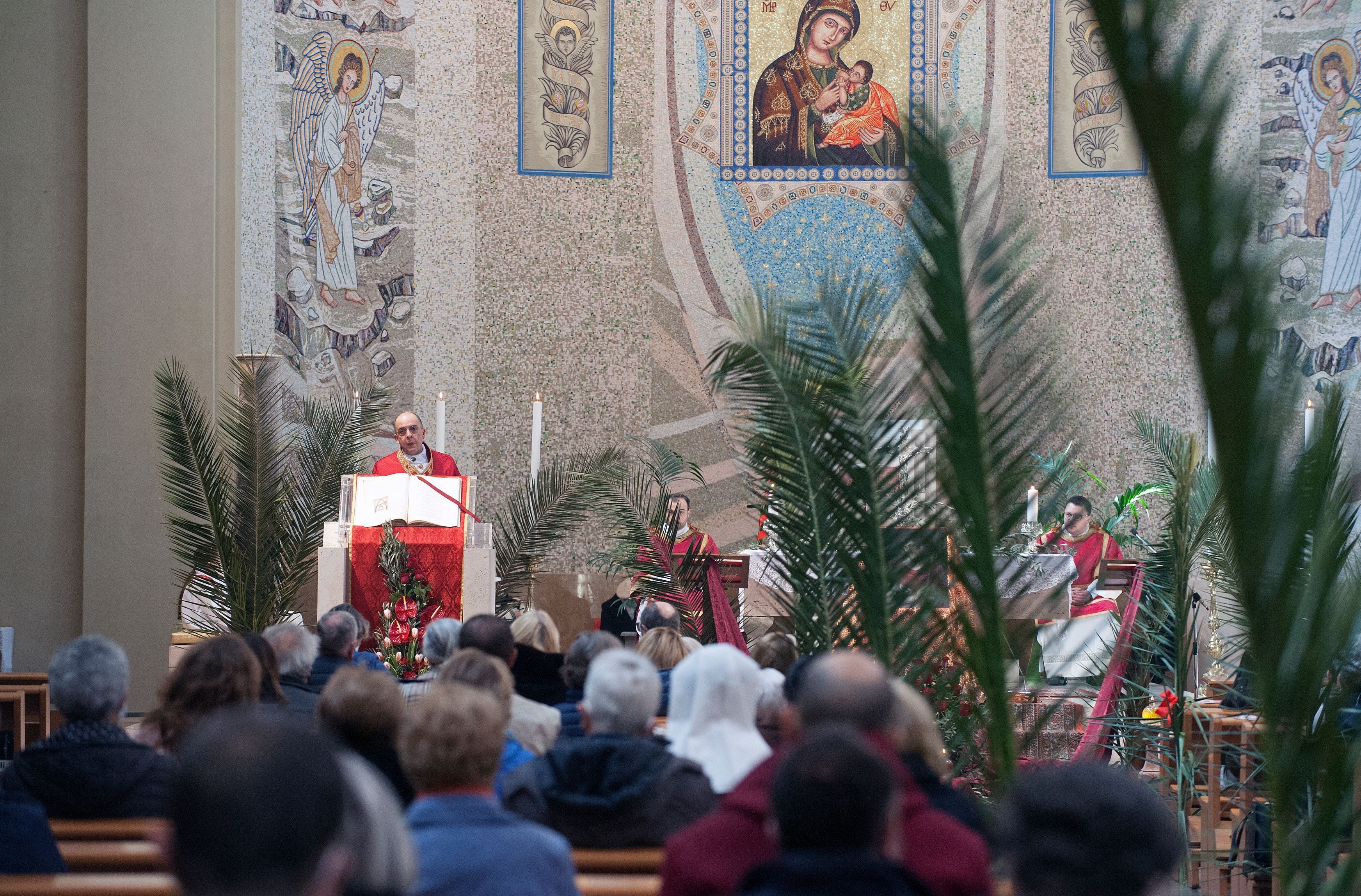 When does Holy Week start?

Palm Sunday is officially the start of Holy Week, in where Christians recall the events leading up to Jesus' death by crucifixion and, according to their belief, his Resurrection.

The week includes five days of special significance, which starts off with Palm Sunday, commemorating Jesus’ humble entry on a donkey into Jerusalem to observe Passover.

Holy Thursday marks Jesus’ institution at the Last Supper of the Eucharist.

Good Friday commemorates Jesus’ suffering and death on the cross – it is traditionally a day of sorrow, penance and fasting 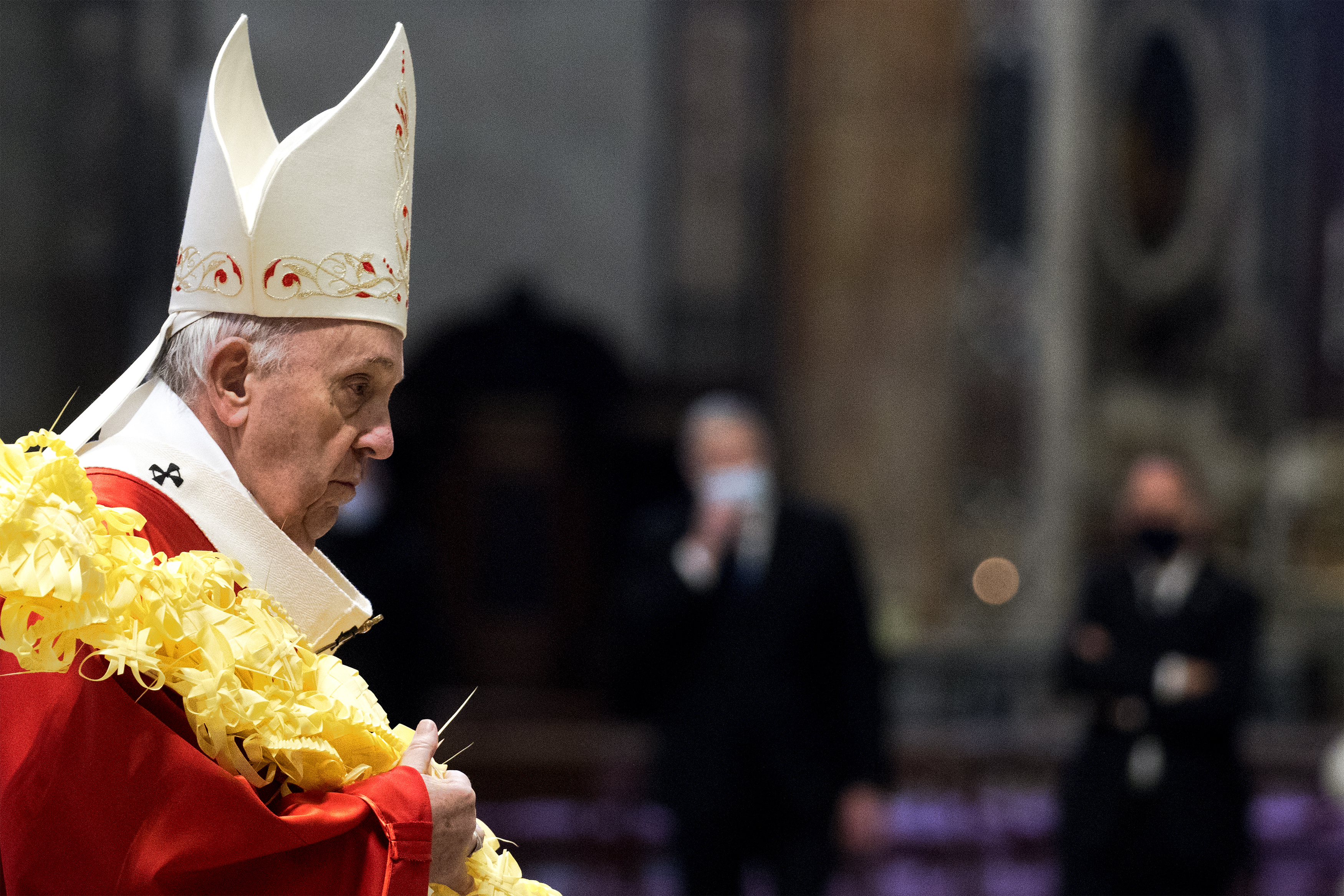 Easter Sunday is the celebration of Jesus’ Resurrection, according to the Gospels, on the third day after his crucifixion.

In 2021, Easter Sunday lands on April 4, more than a week earlier than last year’s date of April 12.

Good Friday will fall on April 2.

Harvey Weinstein has a fever, is being monitored by medical staff in prison