Home » World News » What happened to the Thomas Jefferson statue at City Hall?

FOR over 187 years, there has been an 884 pound statue of Thomas Jefferson located at City Hall.

In November 2021, many were shocked after it was removed and want to know why. 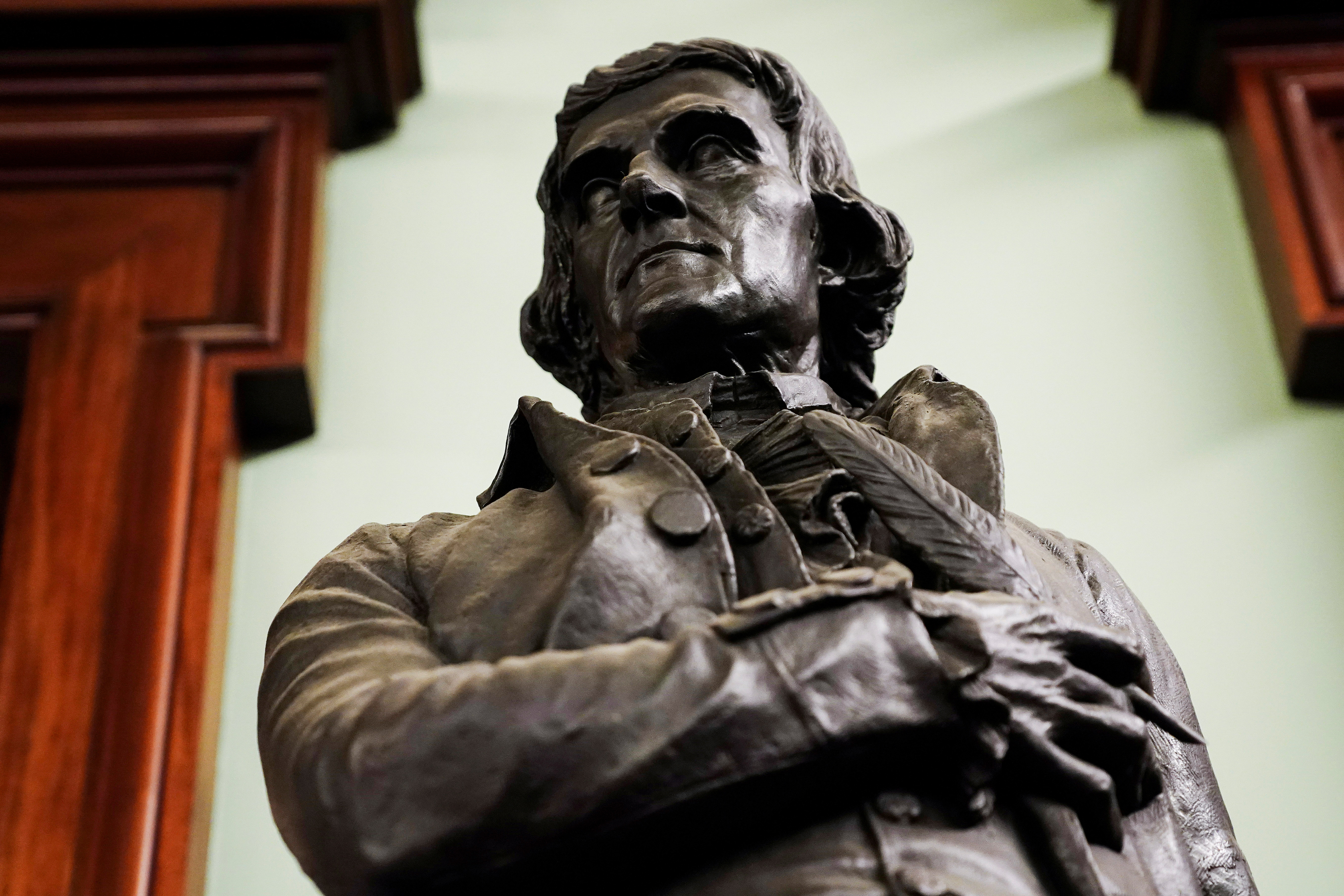 What happened to the Thomas Jefferson statue at City Hall?

Since 1834, there has been a statue of Jefferson at City Hall in New York City, however, it was removed on November 22, 2021, after Keri Butler, executive director of the Public Design Commission, voted to get rid of it.

The decision comes after a long list of statues have been taken down this year, including the Robert E. Lee statue in Virginia, and multiple Christopher Columbus statues across the nation.

“We acknowledge that the piece needs to be removed from the City Council chamber,” commission president Signe Nielsen said earlier this year, according to the New York Post.

“We as a commission will act before the end of 2021 in finding an appropriate location where it remains in the public realm."

The statue will be on loan to the New York Historical Society while the original stands tall outside the Capitol Rotunda in Washington, DC.

The NYC monument was only a replica that was gifted to City Hall by naval officer and Jefferson admirer Uriah Phillips Levy in 1834, The Post reports.

Who was Thomas Jefferson?

From 1801 to 1809, he served as the third president of the United States alongside Aaron Burr and George Clinton.

During his time, he was known as the principal author of the Declaration of Independence and was a "silent member" of Congress.

He is also one of four presidents featured on Mount Rushmore.

Prior to his passing on July 4, 1826, Jefferson welcomed six children, five daughters, and one son.

While he is often credited with freeing the slaves, this was later proven false as he still owned slaves up until his death.

"The reason Jefferson did not free but five of his own slaves in his will was simple: Under Virginia law at the time, slaves were considered 'property,' and they were expressly subject to the claims of creditors. Jefferson died deeply in debt," University of Virginia law professor Robert F. Turner told the Wall Street Journal. 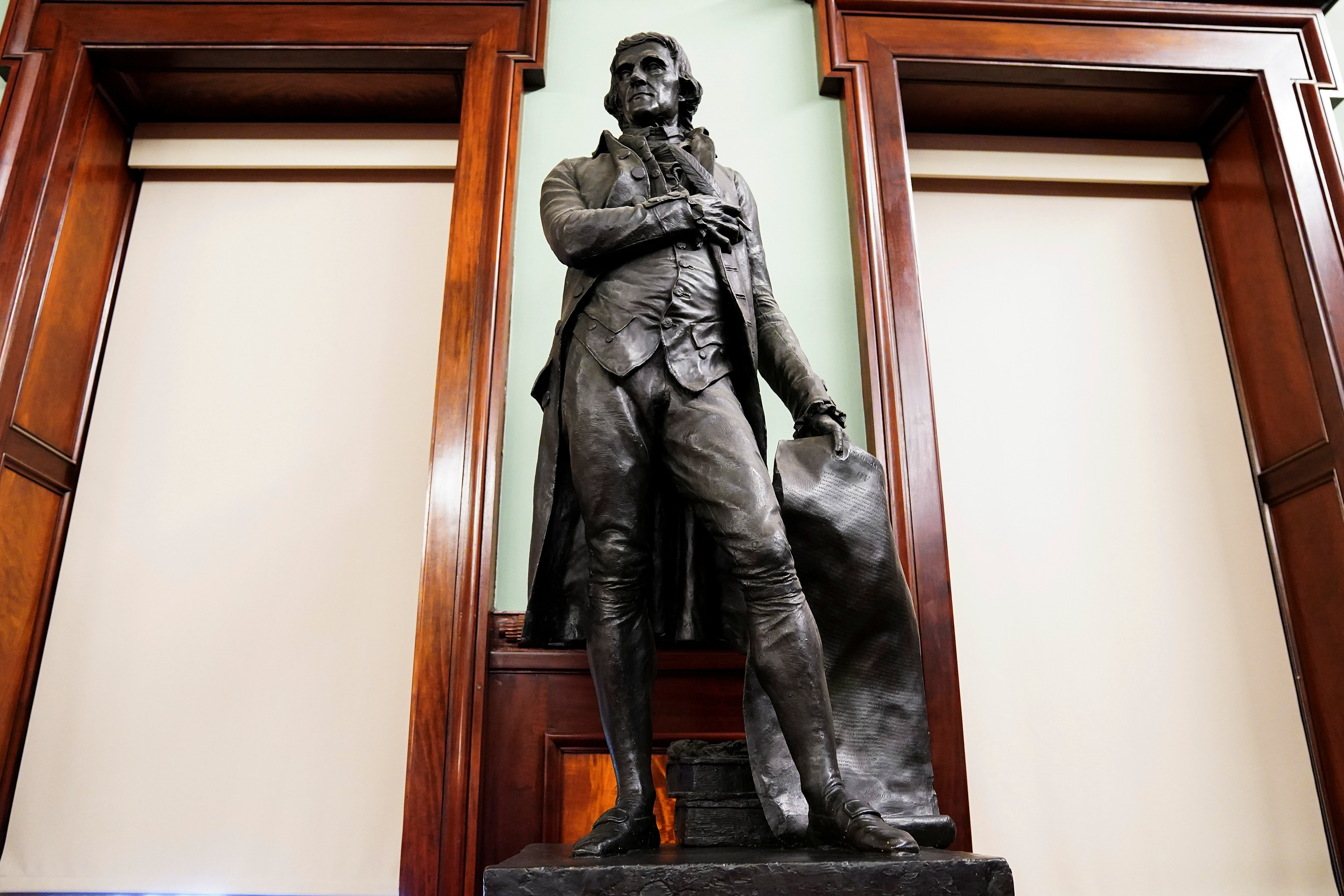 What have people said about the Thomas Jefferson statue removal?

Prior to the decision, many argued both for and against taking it away.

Minority leader Joe Borelli said that the decision was an attempt to “sideline history,” while Daneek Miller said it "doesn’t represent contemporary values."

“Removing a monument without a public conversation about why it’s happening is useless. New Yorkers all need to talk about who we want to honor and why,” criminal justice professor and author of the upcoming book “Smashing Statues: The Rise and Fall of America’s Public Monuments," Erin Thompson told The Post.

“Moving this statue doesn’t mean New Yorkers will forget who Thomas Jefferson was — but some of them might learn from the controversy that the man who wrote ‘all men are created equal’ owned over 600 of his fellow humans."

Others then took to Twitter to voice their opinions, referring back to the time Donald Trump told American's that Founding Fathers were next following the long list of statue removals.

"2017: 'Comedian' John Oliver mocking President #Trump for suggesting statues of Washington and Jefferson would be next. Today: Thomas Jefferson statue removed from City Hall after 187 years," one user pointed out.

Others added that they were "speechless."

Vanna White Reacts to 'Jeopardy!' Host's Death: 'There Will Never Be Another Alex Trebek'

Princess Anne Laughs at The Crown Actress' Struggle to Copy Her Hairstyle: 'It Takes Me 10 Minutes'