Home » World News » What is a swot? The schoolyard insult revived by Boris Johnson

Among the many surprises of the English language uncovered by Brexit, add a new one: the word swot.

It cropped up in documents before Britain's Supreme Court on Wednesday, UK time, in a case examining British Prime Minister Boris Johnson's decision to suspend Parliament.

Documents showed that Johnson had used a nasty, gender-based insult, referring to former prime minister David Cameron as “that girly swot”. The words, which had been redacted in an earlier copy of the notes, suggested they were blanked out not for legal sensitivity but for fear of embarrassment.

The observation was held out by Scottish QC Aiden O’Neill as proof of Johnson government's untrustworthiness, The Sydney Morning Herald and The Age's Europe correspondent Nick Miller wrote.

The word isn't new. But its leap from the innards of a British court room to the headlines of the English-speaking media is.

Swot is a derogatory term for someone who studies assiduously at the expense of their social life. It is similar to 'teacher's pet'.

The use of the term emerged in legal argument against Johnson’s decision to prorogue parliament, making it the second antique British word unearthed by the slow-burn crisis gripping British politics. 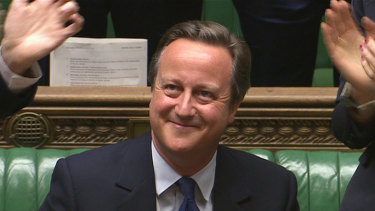 Swot and prorogue aren't the only such words basking in their 15-minutes of fame. There is "chunter" as well. Chunter as in, "I’m not remotely interested in your pettifogging objection, chuntered inelegantly from a sedentary position."

Those were words of then House of Commons speaker John Bercow to a heckler in the chamber earlier this month.

Chunter is a verb that means "to talk or complain about something in a way that other people think is boring or annoying", according to the Oxford Dictionary. Cambridge English Dictionary defines 'pettifogging' as giving "too much attention to small or unimportant details in a way that shows a limited mind".

Swot is not to be confused with the acronym for “strengths, weaknesses, opportunities, and threats” or SWOT, a type of analysis used by governments and businesses.

And not to be confused with: swat as in "I wish I could just swat this Brexit discussion away."

This is simply swot, a noun. 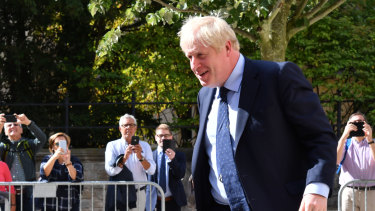 Which is sometimes also a verb: as in, the students were "swotting away at their studies."

There are many knock-on effects of Brexit. The legal battle over the prorogation, for example, could have implications throughout the world of Westminster-style governments.

Perhaps one of the most unlikely effects is giving obscure or antiquated Britishisms a day in the global spotlight.

Call it the most unlikely form of British soft-power: some of the most British words in the English language getting a new life, thanks to the UK's endless internal differences.

Khloé Kardashian gets leggy in silver dress with hip-high slit

Made In Chelsea: Croatia will see one long-term couple split