Home » World News » What is SHEIN and why were they selling a Nazi swastika pendant? – The Sun

SHEIN, a retail brand known for its affordable clothing and trendy styles, has been criticized for selling a Nazi swastika pendant on their website.

Backlash comes a week after the China-based company was found to be selling religious prayer mats as rugs. 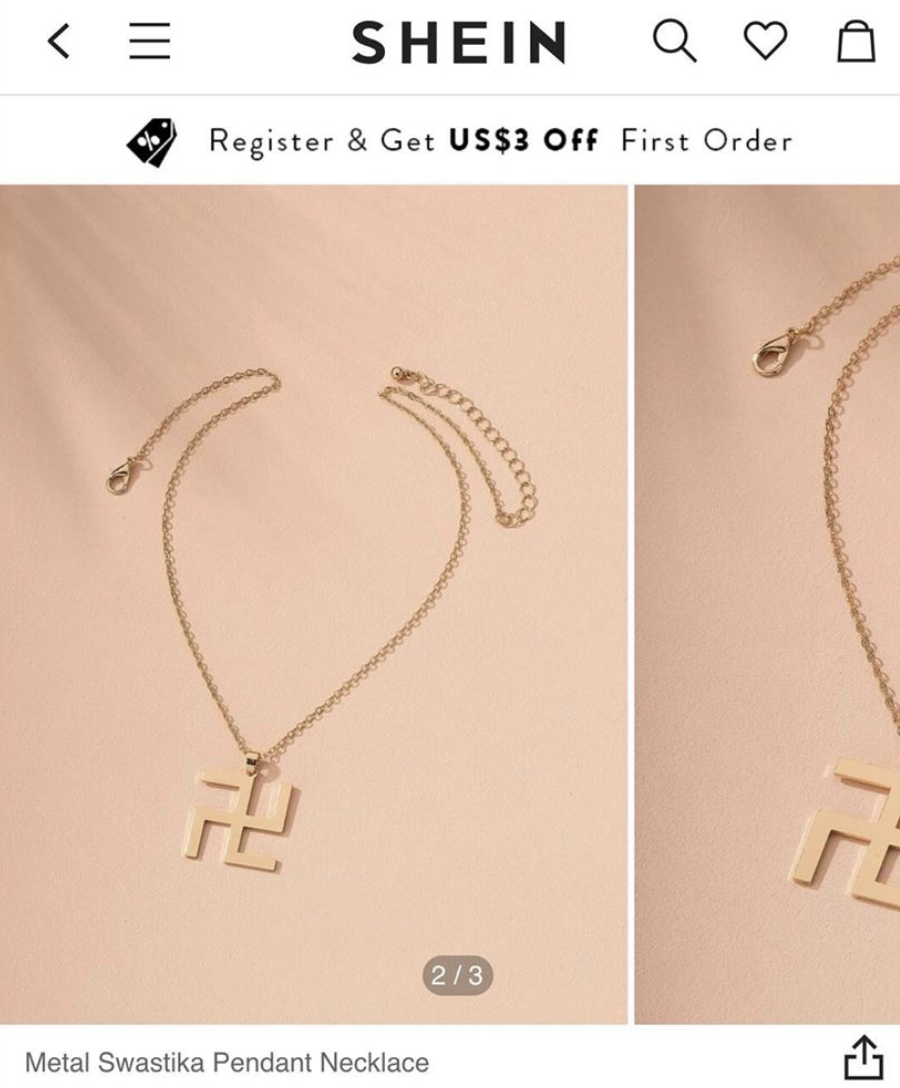 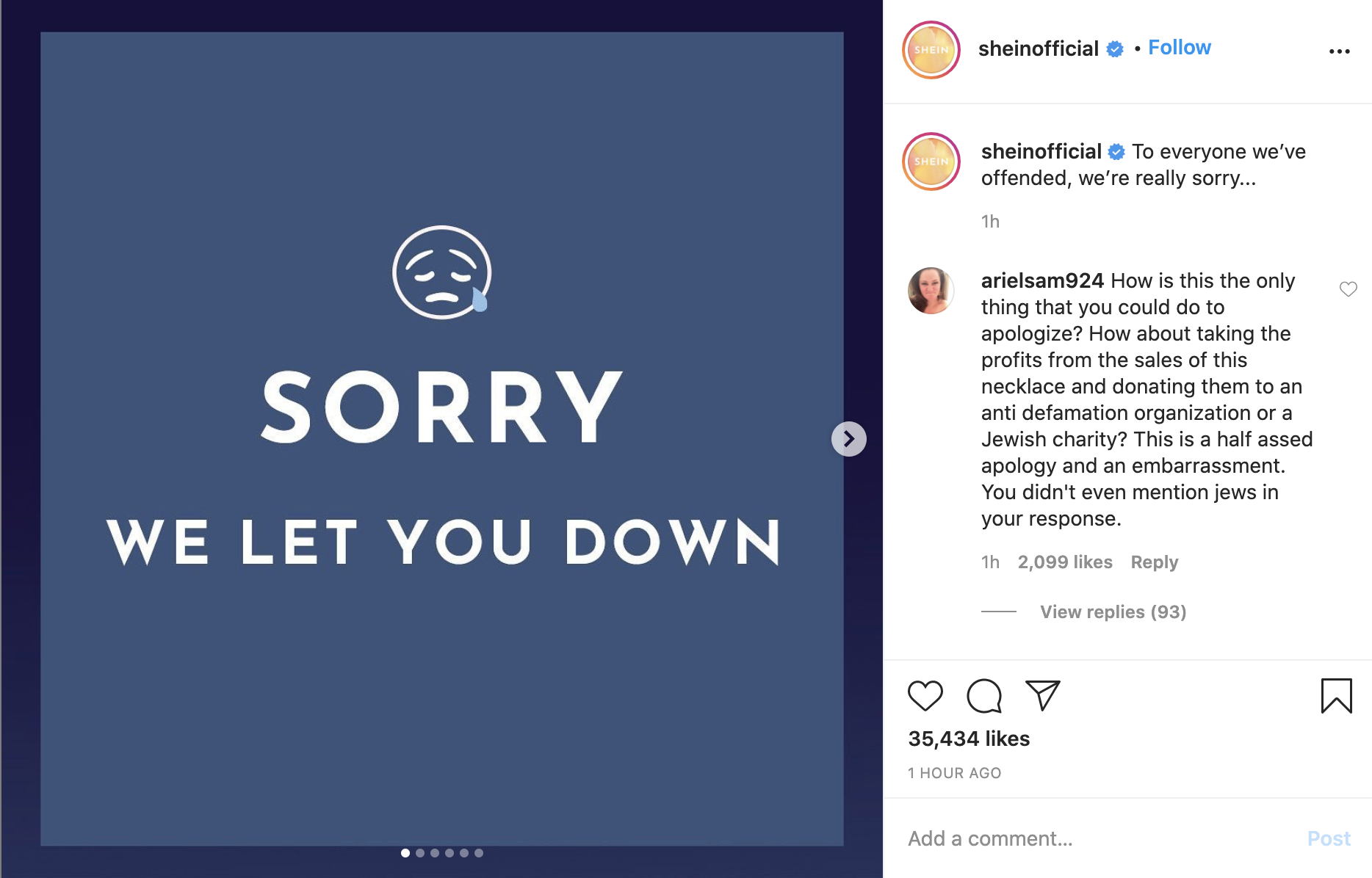 The fashion retailer's controversial items have since been removed from SHEIN's website and the company has issued apologies.

SHEIN describes itself as an international B2C fast fashion e-commerce platform, which focuses on women's wear.

The company, which has more than 11.3 million followers on Instagram, also offers "men's apparel, children's clothes, accessories, shoes, bags and other fashion items."

It was founded in 2008 by its company CEO Chris Xu.

Why were they selling a Nazi swastika pendant?

SHEIN was selling a "Metal Swastika Pendant Necklace" for $2.50, which they later claimed was a Buddhist symbol which "has stood for spirituality and misfortune."

The necklace went viral after a screenshot of the item was shared on the internet.

On person tweeted in response to the controversial item: "STOP SHOPPING AT SHEIN. Not only do they use child labor and fast fashion, they are literally selling a SWASTIKA NECKLACE. please speak up about this."

Another social media user commented on Instagram: "YOU ARE KIDDING ME, first the insensitive prayer rugs than this !?"

What else did they sell that angered fans?

Many internet users took offense to the products, as some were described as "fringe trim carpet" or “frilled Greek carpets.”

Some of the carpets were found to have The Kabaa on them, which is known as a sacred place by Muslims worldwide.

The product was later removed and the company apologized.

A journalism grad student, Khadija Rizvi, took screen shots of SHEIN's carpets for sale on the website and shared them to Instagram.

She wrote in her post: "I am disgusted. I am livid. @sheinofficial is also PROFITING off muslim prayer mats (janemaz/sajadah) by selling them as ‘fringe trim carpets’ for people to use casually around the house.

"A few have the Kaaba printed on them. THIS IS HIGHLY OFFENSIVE, Not only is it disrespectful but they once again renamed and stole credit from a whole faith this time, by failing to label it as a muslim prayer mat; which allows people to use it casually as a decorative mat."

She added: "A prayer mat is an important piece of fabric, used by Muslims, placed between the ground and the worshipper during their five daily prayers.

"It is NOT a carpet and must be treated with respect and you don’t ever wear shoes on it." 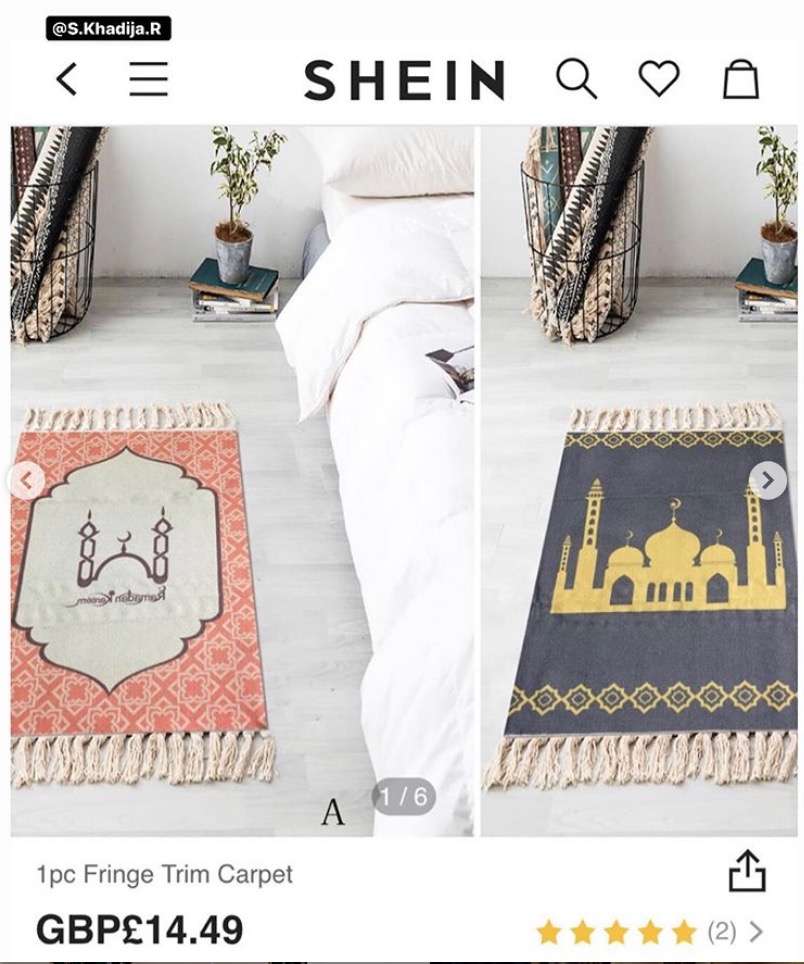 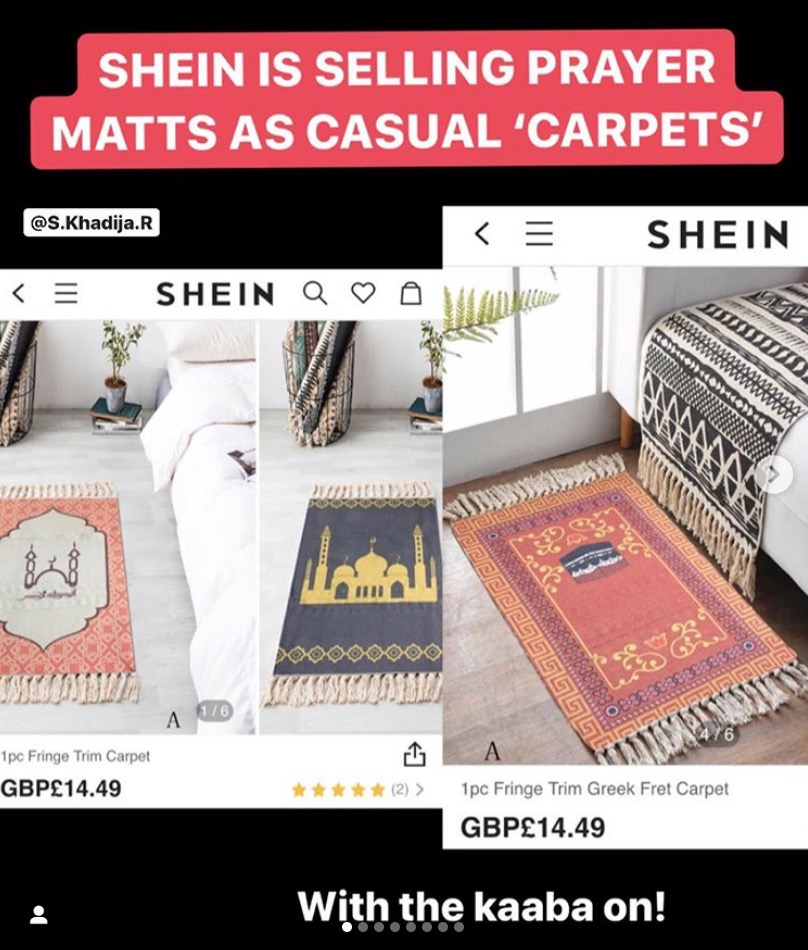 How did SHEIN respond?

The pictures read: "Sorry we let you down. To our dear community. We made a giant mistake by selling a product that's hurtful and offensive to many of you, and we're so, so sorry.

"Here's what happened.  We listed a Buddhist swastika necklace for sale. There's simply no excuse for our lack of sensitivity in doing so. The item was removed as soon as we discovered this mistake."

The apology continued: "The Buddhist symbol has stood for spirituality and good fortune for more than a thousand years, and has a different sign than the Nazi swastika which stands for hate – but frankly that doesn't matter because we should've been more considerate of the symbol's hurtful connotations to so many people around the world, and we didn't."

SHEIN explained: "The only thing we can do is profusely apologize and reassure you that we're making major internal changes so this does not happen.

Religious items on the website will also be discontinued.

While admitting that the company has a lot of work to do when it comes to maintaining respect, SHEIN insisted: "We in no way support or condone racial, cultural, and religious prejudice or hatred."

A SHEIN representative also contacted the New York Post and said: "For the record, SHEIN was not selling a Nazi swastika pendant, the necklace is a Buddhist swastika.

“The Nazi swastika has a different design, it is pointed clockwise and tilted at an angle.

"However, because we understand the two symbols can be confused and one is highly offensive, we have removed the product from our site.”

Where are SHEIN based?

The Chinese retailer SHEIN is based out of Shenzhen, China.

The company – which has websites for the Unites States, Spain, France, Russia, Germany, Italy, Australia, and the Middle East – says it ships to more than 220 countries and regions worldwide. 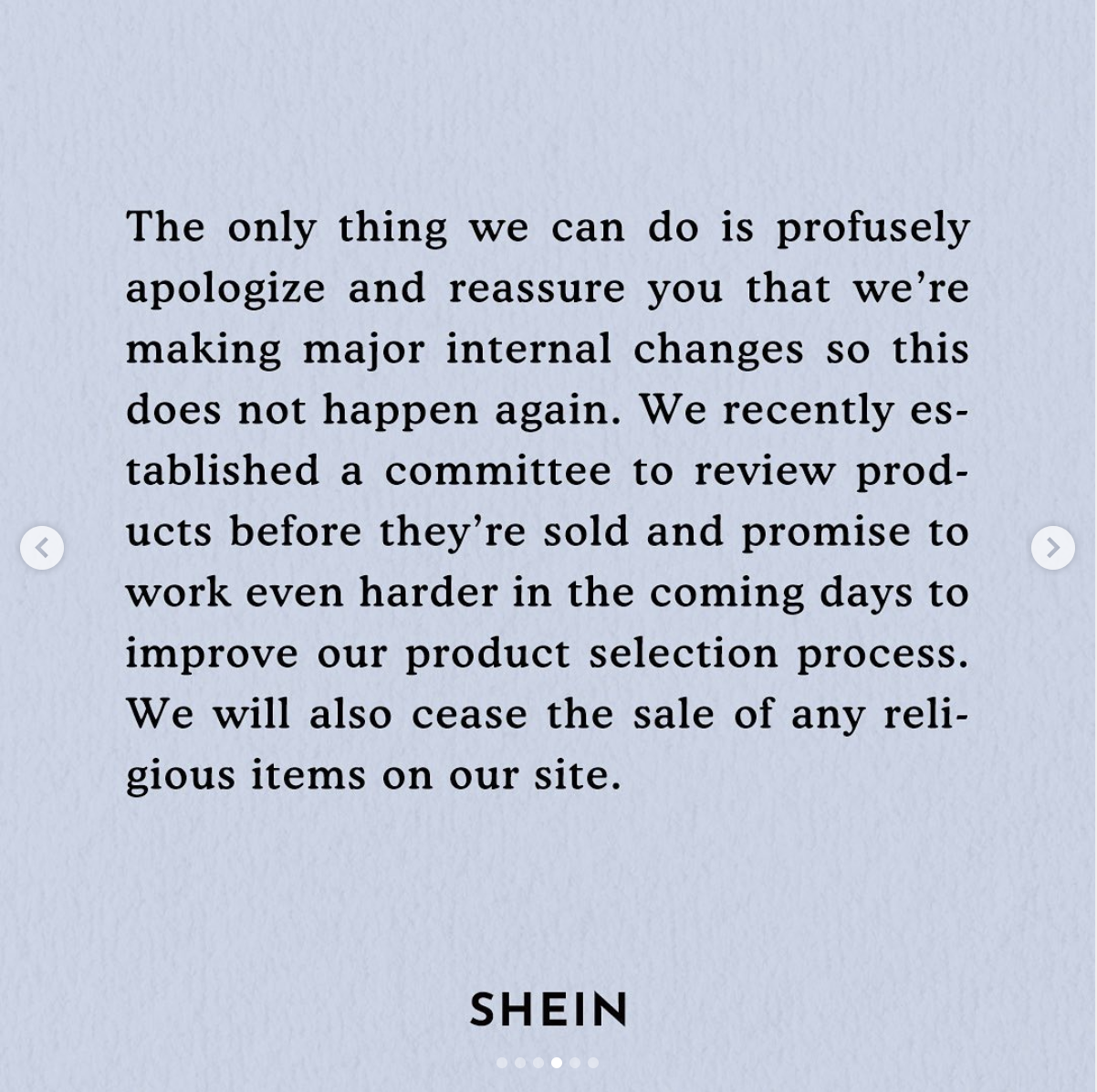 ‘I have to share my bloke with another woman – how do l get her to back off?’