What rule of six? Britons ignore Boris Johnson’s new Covid restrictions on FIRST DAY as grandmother says: ‘If the government think I’m obeying this, they can think again’

The coronavirus Rule of Six descended into farce today after people ignored the new restrictions – as Downing Street said police would not fine lawbreakers.

As infections of the deadly bug kept rising, No 10 appeared to foil its own efforts to curb the problem by admitting no punishments would be handed out by officers in the coming days.

It was despite the Prime Minister announcing the regulations would come in days ago, giving the public ample time to get used to the idea.

Cases of coronavirus have been increasing by at least 3,000 every 24 hours and some experts have warned drastic action needed to be taken.

But after a day of ministers playing down any enforcement, followed by a Downing Street comment confirming the soft touch, some people decided to make their own decisions.

In Bath in Somerset pictures showed 14 massed in a river seemingly unaware they were hardly social distancing.

The story was the same at Pontefract racecourse where a group of ten massed to enjoy the hot weather.

And an anti-mask protest in Nottingham unsurprisingly saw a number of people ignore the new safety rules.

Samantha Jones, 42, from Grimsby, who lost her job as a shop worker because of the Covid lockdown earlier this year, was today mixing with more than six people.

She fumed: ‘If the government think I’m going to obey the Rule of Six then they can think again. 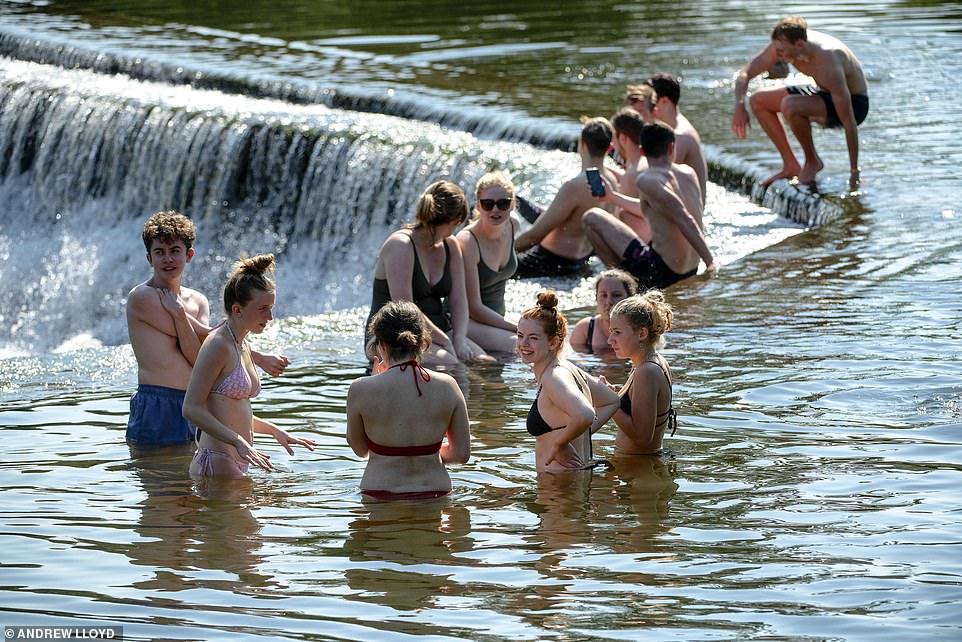 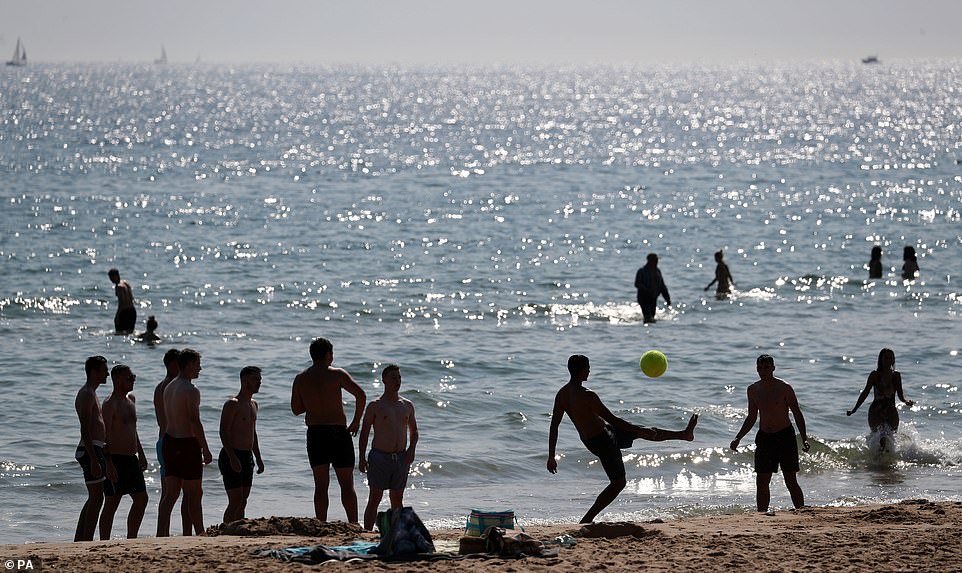 No safe six: a group of seven people watch a friend play football in the Autumn sunshine on Bournemouth beach in Dorset 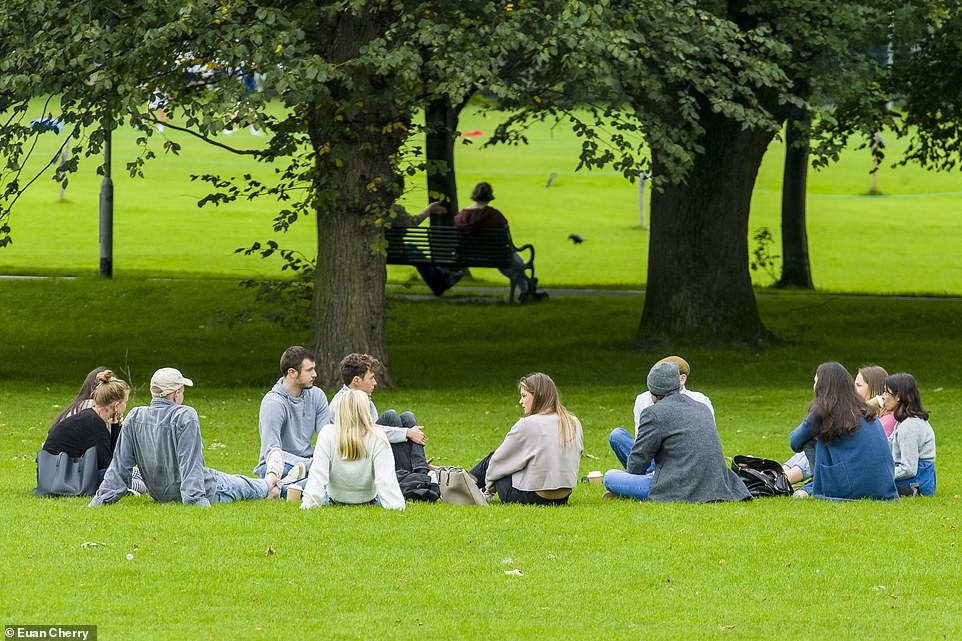 A group of 12 in Scotland looked like they were trying to social distance in parts, but still fell foul of the new regulations 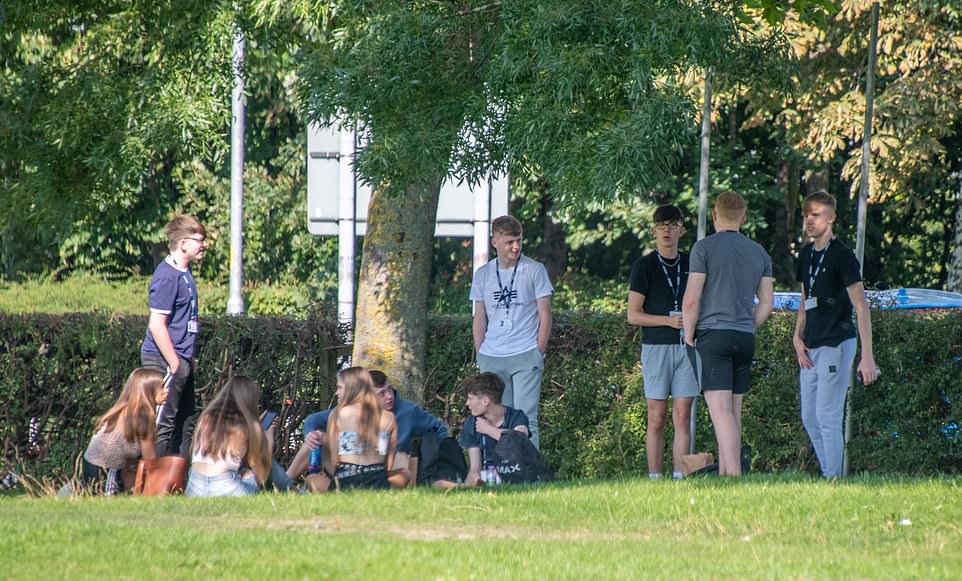 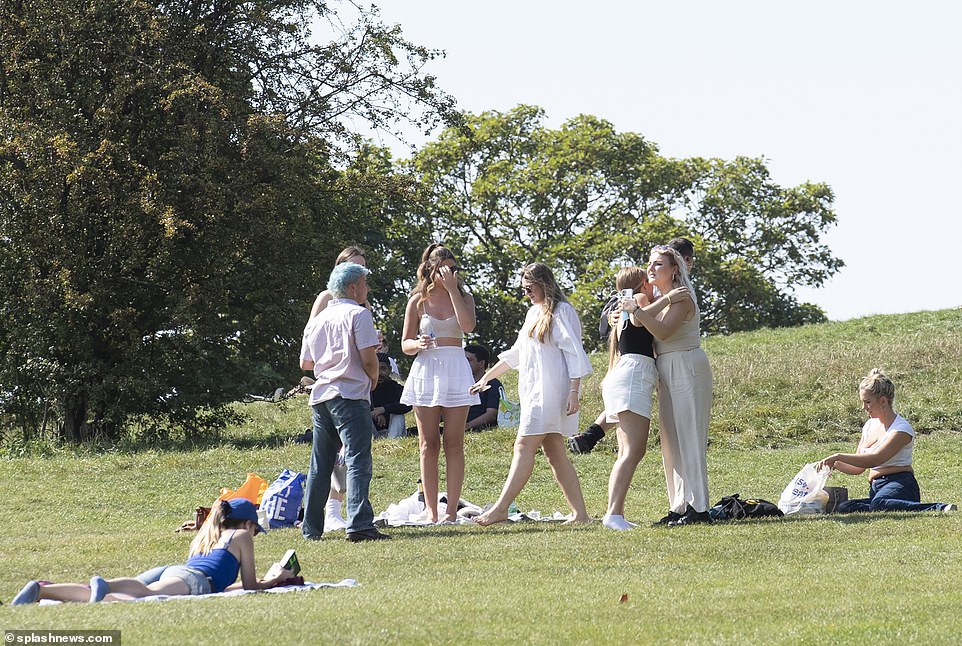 ‘I’m standing here with four adults and three children and the restrictions come into force today so technically I guess I’m breaking the rules.

‘But I’ve got five children, three of who live with me, and I’ve got two grandkids. There is no way that I’m going to stop my kids seeing their grandparents or stop my elder daughter from bringing my grandchildren round. It’s complete nonsense.

‘My sister has eight children and because in England – unlike Wales or Scotland – children count as part of your bubble of six people, she won’t be able to have anyone round. That doesn’t seem fair at all.

‘So If people can still mix in pubs, restaurants and at work and school then I’m going to carry on seeing members of my family even if it means breaking this Rule of Six. Realistically the police aren’t going to stop everyone are they?

‘And there is absolutely no way that I’m going to snoop on anyone doing the same!’

Leanne Groves, 38, a mum of four from Grimsby said: ‘I can appreciate the government have brought this rule in to try and stop another spike in Coronavirus cases but it seems impractical to me.

‘My daughter has a birthday coming up and now she’s had to be told that she can’t have her friends round nor any of our family.

‘I have four young kids but they count as part of the Rule of Six so with me included my mum and grandmother can’t both come round like they usually do.

‘I’m a manager at a McDonalds and when I get to work there are at least 25 members of staff present and numerous customers throughout the day.

‘I will have to stick to it, but it will be really difficult to adhere to the closer we get to Christmas especially as that’s when you want to be with your family.’ 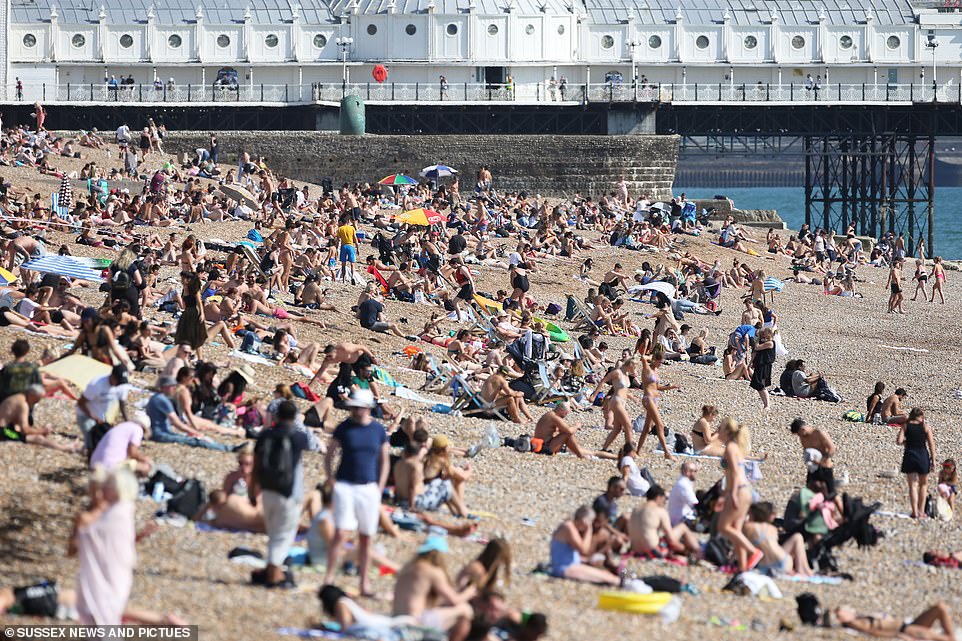 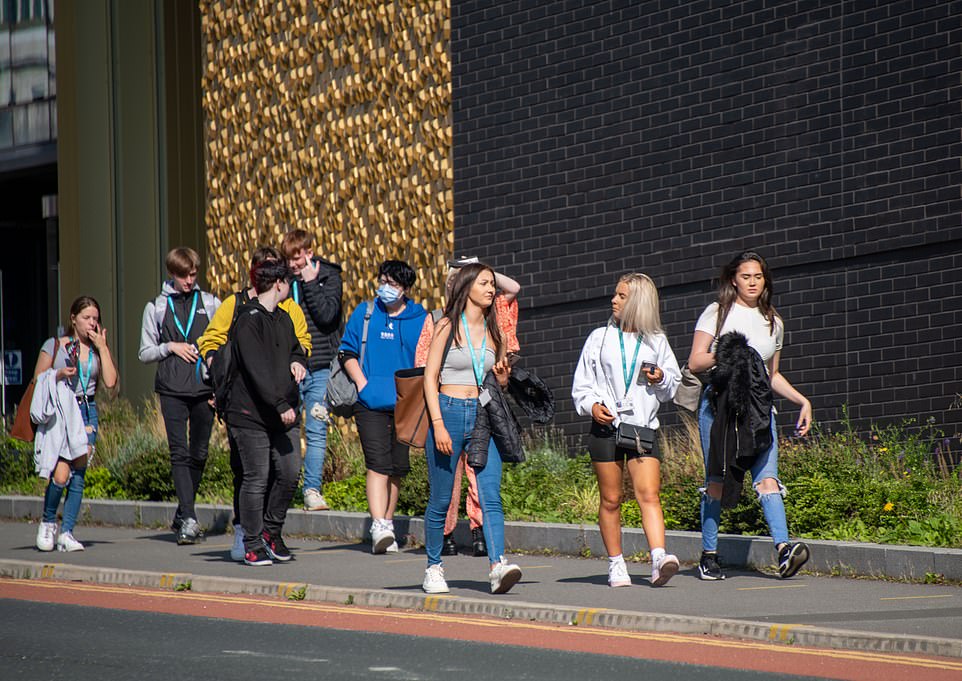 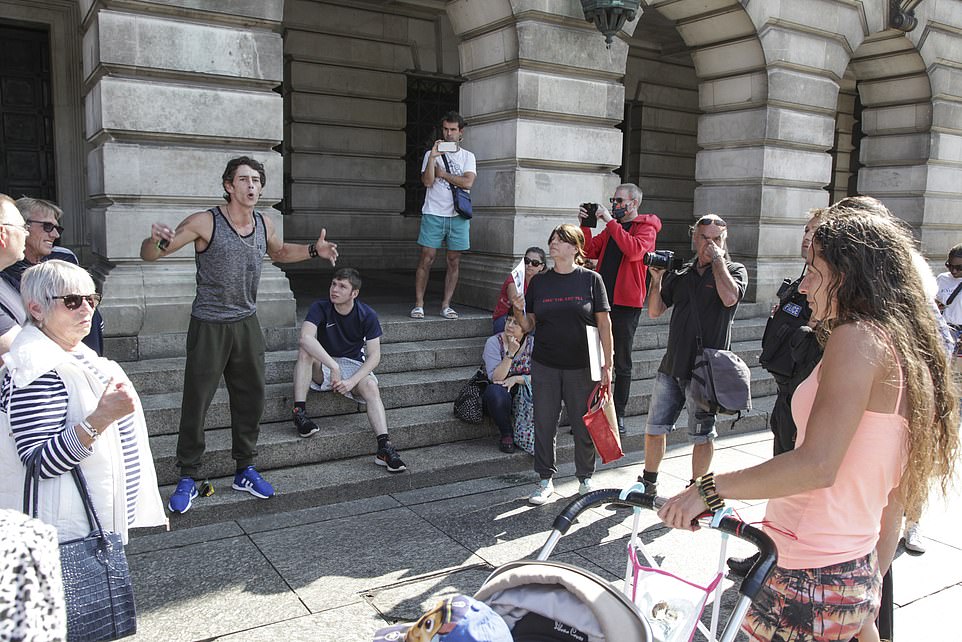 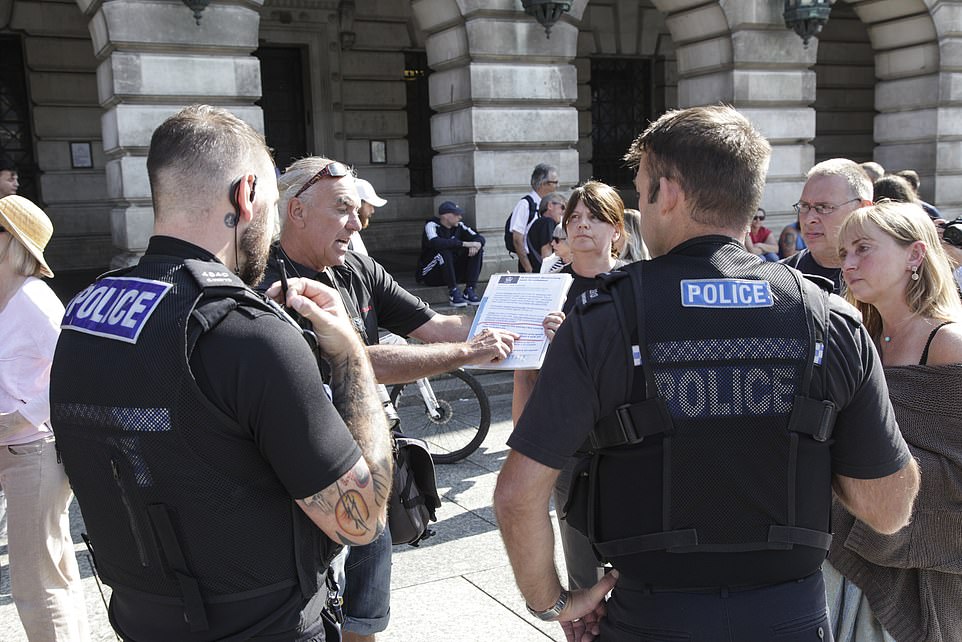 Builder Don Brett, 62, of Leytonstone, East London added: ‘I don’t understand the new six people rule. I don’t get it and I really don’t care.

‘We have been going through this pandemic thing for more than six months now. And that is what I do understand and I know that I have to look after myself.

‘I do care about others, but it is down to me to do what is sensible for me.

‘It isn’t as if I need the government to tell me once again what to do.

‘They keep changing their minds anyway. So I’ll just do what I have to do. See my family when I can and my friends and try and keep a safe distance. ‘

Downing Street suggested police would not immediately start imposing fines today on people who break the “rule of six” restrictions.

The Prime Minister’s official spokesman said: “What you would expect to happen is for the police to be out today encouraging people to follow the new rules but in the coming days, if we see people continuing to flout the new rules, it is right that people could face a fine.

“The regulations are in place to help to stop the spread of the virus, to protect the NHS and to ultimately save lives.”

Asked whether people should report neighbours who breach coronavirus rules, the Prime Minister’s official spokesman said: “What we want people to be focused on is following the new rules and ensuring that they, themselves, help again as they have in the past to slow the spread of the virus.

“What you have seen in recent weeks is some egregious flouting of the rules, such as the holding of large illegal parties, and members of the public have been contacting the police about those because they have been concerned about the risk to public health.”

The refusals came after ministers today urged people to snitch on their neighbours if they flouted the rules.

Policing minister Kit Malthouse said rule-breakers should be flagged to the authorities, as the draconian measures opened up deep splits between ministers and experts.

The drastic intervention came as Home Secretary Priti Patel warned that people face criminal records as well as thousands of pounds in fines if they refuse to abide by the law.

There is a maximum fine of £3,200 facing rule-breakers who repeatedly disobey the regulations.

Gatherings of more than six people have been made illegal in a bid to stem a surge in coronavirus cases. It has sparked fury that many larger households can no longer meet up with anyone else.

However, the rules in England are tougher than in Wales and Scotland, where under-12s are being exempted from the crackdown.

“Rudy Giuliani was subpoenaed by the January 6th committee” links