Home » World News » When you sit down for Christmas dinner, raise a glass to our fearless frontline workers

Did a good jab

WE have come a long way since the despair of last year’s cancelled Christmas.

Back then, only the most vulnerable had been given the new Covid vaccine, test and trace was in chaos and hospitals were under intense pressure. 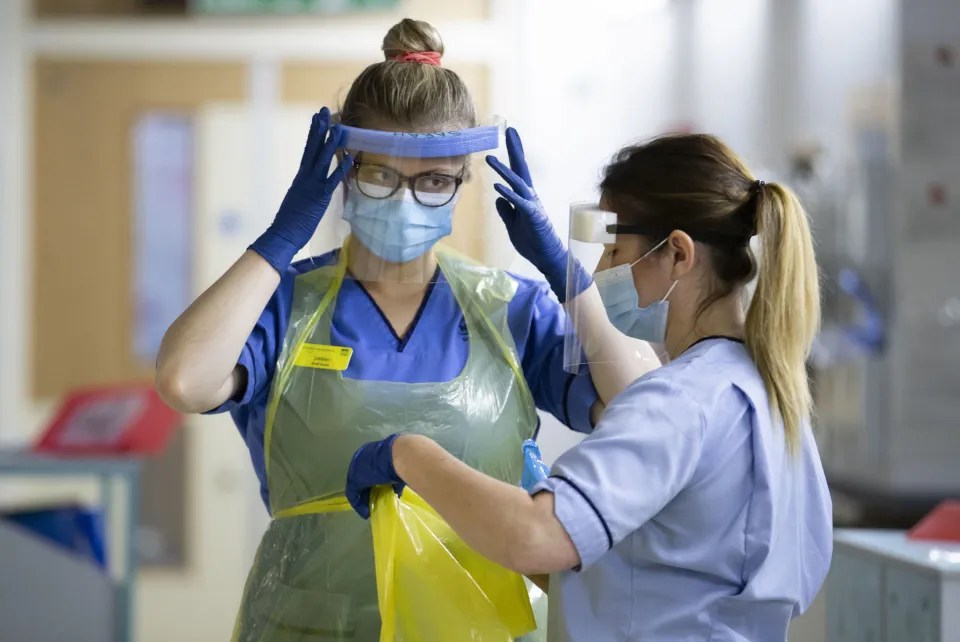 It may have felt recently like déjà vu as the Omicron variant surged and doom-monger scientists and panicked politicians called for a festive lockdown.

But, as Boris Johnson says in his Christmas message today, much has changed to make this year better, and so many have played their part.

The public has responded magnificently to the remarkable jabs programme, with the majority fully vaccinated and more than 31million of us already having had the booster jab.

Hospitalisations are down on last year even as case numbers reach record highs. The jabs demonstrably work.

There is reason to be hopeful that we can not only enjoy this Christmas, but that plans for a ruinous New Year “circuit-breaker” could be scrapped, too.

We cannot be complacent and the PM is right to urge everyone to get a jab.

But one thing has not changed throughout the year.

That is the continuing bravery and dedication of our doctors, nurses and carers, and the selflessness of all those involved in the vaccination programme, including the brilliant volunteers of The Sun’s Jabs Army.

So when you sit down to your Christmas dinner tomorrow, raise a glass to yourselves — and another one to them.

RAISE a glass, too, to The Queen whose Christmas message this year will necessarily be a poignant one.

Too many people have lost loved ones over the past year, and Her Majesty knows better than most their grief, having lost devoted husband Prince Philip.

Tomorrow, as she addresses the nation, a picture of the Duke will be by her side.

He would be as proud of her as he always was — and we all are — for the way she has remained a strength and stay for the country through difficult times and a beacon of hope for a happy future.

AND finally, to our fantastic readers…

Whatever Christmas you manage to have this year, whether surrounded by family, with friends or even self-isolating and celebrating via a computer screen, we hope it’s as happy as can be.

After the last two years we have all had, you deserve it.

Dad, 71, with coronavirus symptoms dies the day after his wife, 71, died of suspected heart attack