US Democratic candidate Pete Buttigieg is making Americans tongue-tied because they can't pronounce his Maltese last name. He brushes it off, encouraging the nickname "Mayor Pete" to save everyone the embarrassment.

As a fellow Buttigieg, the feeling is all too familiar. According to my cousin, who traced our family tree in light of Mayor Pete making headlines, it turns out we're distantly related. I'm told Pete Buttigieg's dad and my grandfather, Nannu Tony Buttigieg, were cousins. Small world! 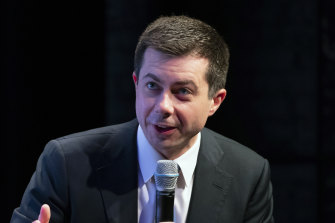 Over in the motherland, the surname is practically as common as Jones or Williams. At my Catholic primary school in Melbourne's western suburbs (Victoria's hub for Maltese immigrants), I was one of four Buttigiegs in my year level alone.

Working in the corporate world in my 20s, I became embarrassed having to phonetically spell my name or email address, repeatedly, whenever anyone requested it. I could practically hear their brains melt from the other end of the phone. Every. Single. Time. Nobody can say it, let alone spell it. "B-U-double-T-I-G … wait, I'm not done yet …" I can't even count the times I've had inbound emails lost due to a typo. My colleagues usually call me "Butters", or simply "Mel". In the early 2000s I even got "Scary Spice" because of my namesake, Mel B.

So how do you pronounce Buttigieg? It's complicated. The Maltese pronounce it "Boot-edge-cheech", but we Australianise it here as "Butter-gig". And Mayor Pete Americanises his as "Boot-edge-edge" – almost a middle road between the two.

I became desperate to ditch my surname and even fantasised about marrying some fair-haired Anglo Saxon with an easy-to-pronounce surname that I would take without a moment's hesitation.

Then I moved to Mackay, in northern Queensland, to take a sub-editing job at the Mackay Daily Mercury and was pleasantly surprised to learn I wasn't the only Buttigieg in the village. The sugar industry had drawn a huge Maltese migration to the region generations ago, offering work in the sugar cane farms. And the former NRL State of Origin great John Buttigieg also helped break the unfamiliarity. So suddenly my name was common again and I no longer had an identity crisis.

I have since accepted my fate and begun to embrace the name. It's become even more significant to me following my dad's passing, being able to keep his legacy alive. And all the other important people in my life are Buttigiegs – my mum, the matriarch of the family; my eldest sister, who reinstated her maiden name after a divorce; my niece, who opted to change her name to match her mother's; and my other (unmarried) sister – so, I can no longer imagine ditching my name if I were ever to get married. I've even joked to my partner that he should take my name if we tied the knot, but he can hardly pronounce it himself.

Thanks to Mayor Pete for bringing the Buttigieg name to the masses, even if they can't quite pronounce it yet.

Parents of missing fresher, 18, hope he may still be found alive

Netflix’s Trailer for ‘Ozark’ Season 3 Will Leave You Breathless!

Ferries and 'the tunnel': Britain and EU inch towards Brexit deal