Home » World News » Who is Danyal Hussein and why did he murder Bibaa Henry and Nicole Smallman?

DANYAL Hussein murdered two sisters in a satanic sacrifice as they celebrated a birthday in a London park last year.

Hussein 19, slaughtered Bibaa Henry, 46, and her 27-year-old half-sister Nicole Smallman in a "frenzied" and "savage" attack. 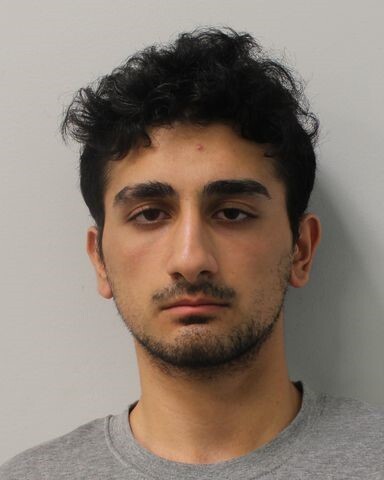 Who is Danyal Hussein?

A handwritten letter was discovered in Hussein's bedroom that appeared to be an agreement between him and a "demon" signed in blood.

Hussein promised to "sacrifice women in order to win the lottery and not to be suspected of the crimes he had committed".

Detectives believe that the Satan worshipper would have gone on to kill more women had he not hurt himself in the attack.

According to the BBC, he grew up in Blackheath as the eldest of four siblings.

The teen had been referred to anti-radicalisation programmes – including Prevent while he was attending Thomas Tallis secondary school in Kidbrooke.

Why did Danyal Hussein murder Bibaa Henry and Nicole Smallman?

Hussein made a deal with the devil in exchange for killing women.

In the letter found by police, Hussein promised to "perform a minimum of six sacrifices every six months for as long as I am free and physically capable".

The agreement was headed, "for the mighty king Lucifuge Rofocale" who, according to some Satanic cults, is the demon in charge of hell's government and treasury, according to the BBC.

In exchange Hussein would win the Mega Millions Super Jackpot and "receive fruitful rewards" including "wealth and power".

At the bottom Hussein had signed his forename in his own blood. There was a space – left unsigned – for the demon to leave his mark.

Hussein knifed Nicole 28 times and plunged the blade so hard into Bibaa that it broke.

How long has Danyal Hussein been sentenced for?

He was found guilty of murder at the Old Bailey earlier this year and in October, he was jailed for 35 years for his heinous actions.

In her sentencing, Justice Whipple said: "You had found these two women, you were a stranger to them, you surprised them, you terrified them, and you killed them.

"To lose two treasured family members and friends in this way is unimaginable, but you made that loss worse by your refusal to acknowledge your actions."

She added: "Bizarre though your pact with the devil may appear to others, this was your belief system and your own commitment to the murder of innocent women."

Hussein appeared in court via videolink from HMP Belmarsh for the sentencing hearing, due to an outbreak of Covid-19 on his prison wing.