Home » World News » Who is Jackie Weaver and what did she do in Handforth Parish Council meeting?

JACKIE Weaver made the national headlines after footage of a parish council meeting she was taking part in went viral.

The online meeting descended into chaos with members trading insults and throwing each other out of the online call. 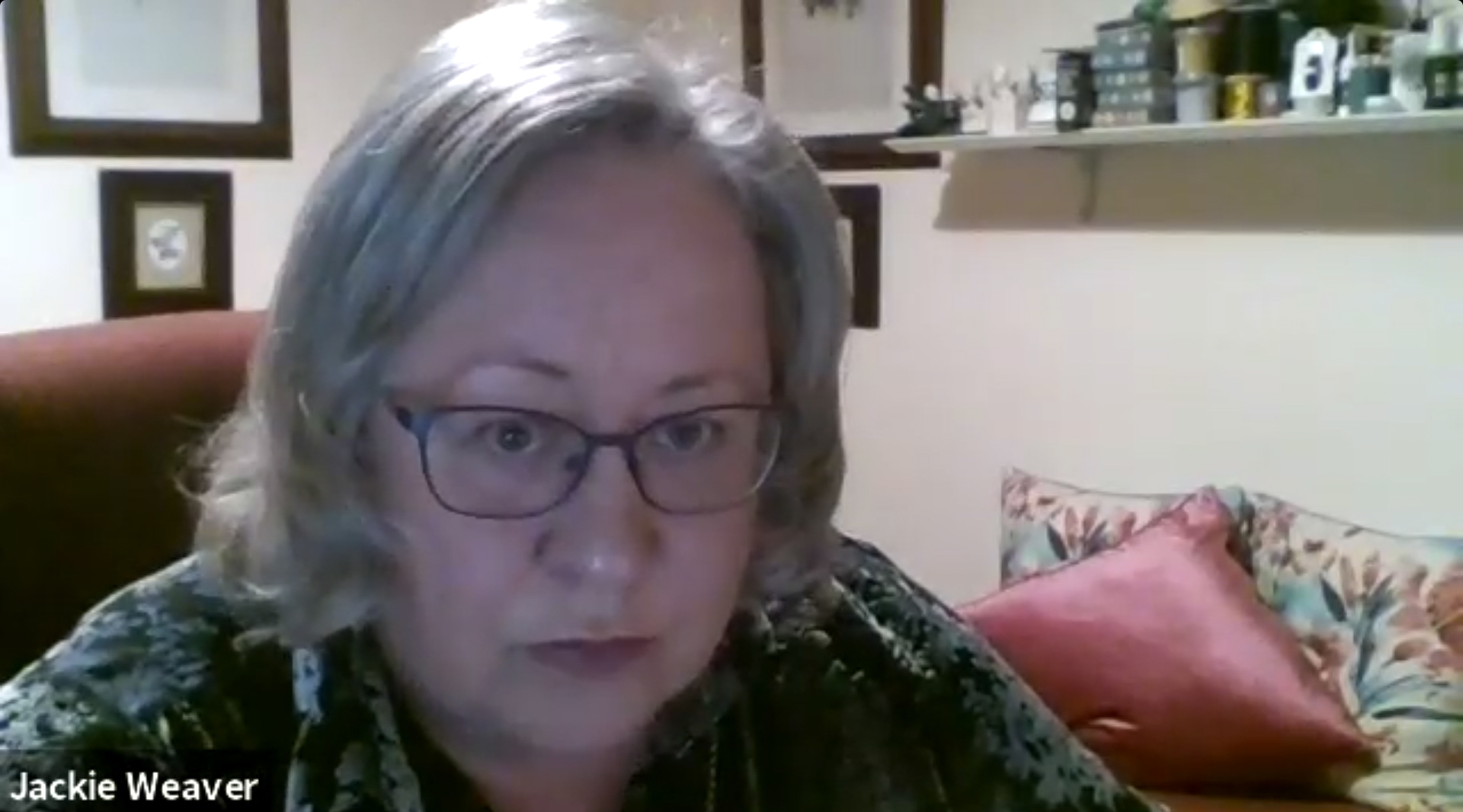 Who is Jackie Weaver?

Jackie Weaver is the meeting clerk from the Cheshire Association of Local Councils.

She was taking part in a meeting of the Handforth Parish Council.

The Zoom meeting on December 10, 2020, ended in chaos with those taking part trading insults and throwing one another out of the online call.

What did she do in Handforth Parish Council meeting?

The meeting at 7.30pm quickly became acrimonious following an earlier meeting at 7pm of the Planning and Environment Committee where chair Brian Tolver had been removed.

The later meeting appears to start with an unseen councillor mumbling “f**k off” under his breath.

Tolver then said he refused to recognise the legitimacy of both meetings, telling Weaver she had no authority and to “stop talking”.

In response Weaver removed him from the meeting and placed him in a virtual waiting room.

Vice-chair Aled Brewerton, along with an unnamed man, then started yelling at Weaver, telling her to “read the standing orders”.

Councillor Susan Moore then called for civility but the meeting erupted into laughter and two more councillors, Brewerton and Barry Burkill were removed.

Confusion then started over Tolver's Zoom username, in which he had labelled himself the 'clerk'.

Weaver said: "The chairman simply declared himself 'clerk' and notified everybody of the case.

"There is no way of stopping him from calling himself clerk. Please refer to me as Britney Spears from now on."

Those still taking part in the meeting then voted to refuse the three men back into the meeting with Cllr Cynthia Samson likening one to a "laughing hyena". 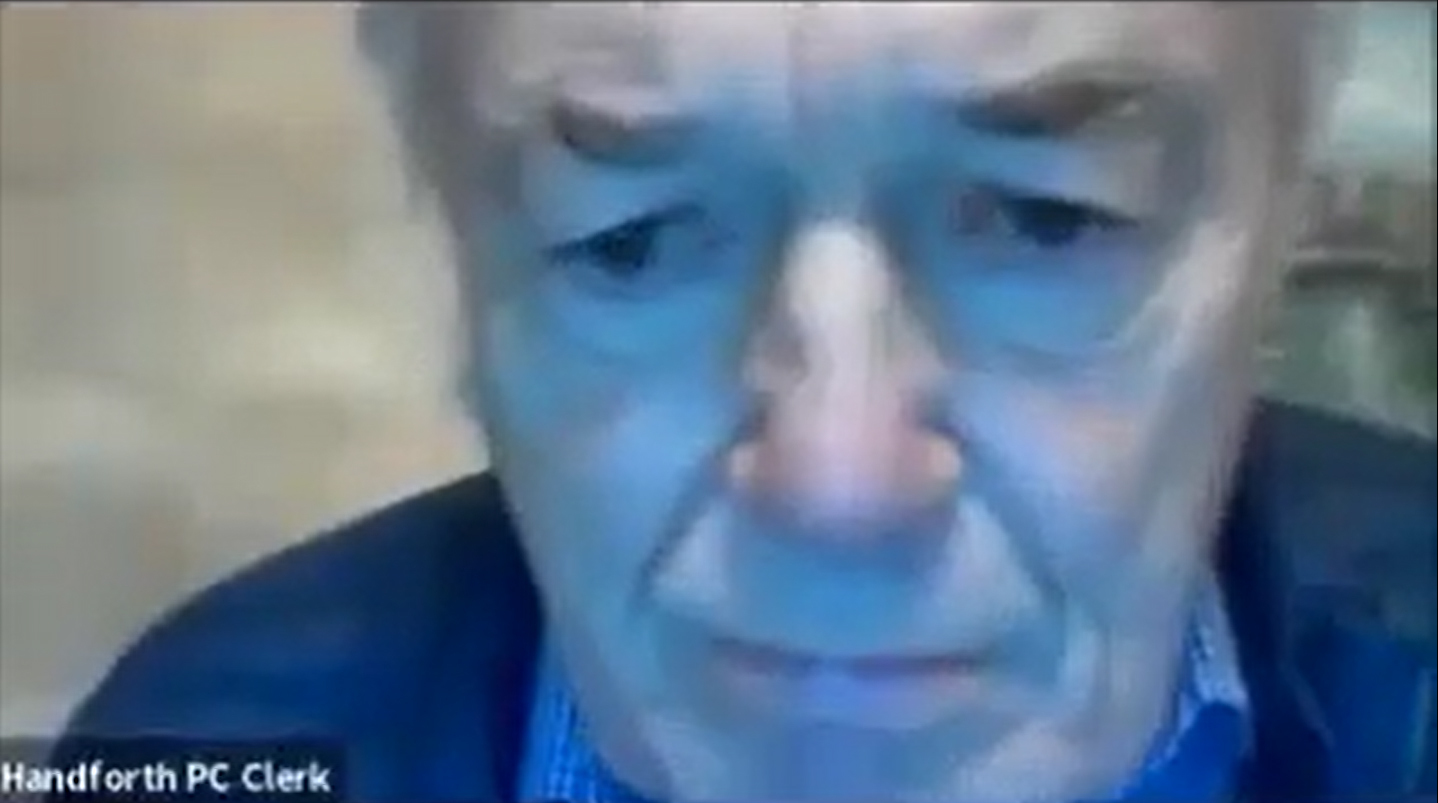 Why did the Zoom meeting go viral?

The meeting took place in December 2020 but only went viral in February 2021.

Originally the footage had been posted on the Cheshire Council website.

The clips and YouTube video quickly became a hit after it was uploaded to Twitter, with more than five thousand retweets and 32,000 likes.

The videos were posted on Twitter with the caption: “I’ve never missed in person meetings more than i did watching this parish council meeting descend into chaos.”

The clips have gathered a cult following with hundreds of memes being created and one person designing t-shirts with the slogan: “You have no authority here Jackie Weaver.”

One person commented: “I propose we grant Jackie Weaver emergency powers to form a clone army.”

Another joked: “Sad to think that some people probably get business cards printed saying they're on the Handforth Parish Council Planning and Environment Committee. I have, and I'm not even on it.”

While a third said: “Easily the best and funniest thing I've seen all year. Even The Thick Of It can't touch this. Hilarious.”

You, Too, Can Eat Like Baby Yoda, but for $50; 'The Mandalorian' Child Has Expensive Taste

'The Challenge' Season 37 Spoilers: Does Logan Sampedro Get Disqualified Due to His Injured Leg?

What's on TV tonight? Shows to watch on Tuesday 3 July from Our Girl to RHS Hampton Court Flower Show 2018