Home » World News » Wife heartbroken after dad-of-one nurse, 46, killed in 'cop chase' hit-and-run as daughter, 8, waited for him at home

THE heartbroken wife of a dad-of-one nurse who was killed in a hit-and-run as his eight-year-old daughter waited for him at home has spoken out about her grief.

Wilbert Llobrera, 46, was hit by a Vauxhall Astra outside Wrexham Maelor Hospital in Wrexham, North Wales shortly before 8.30pm on Thursday. 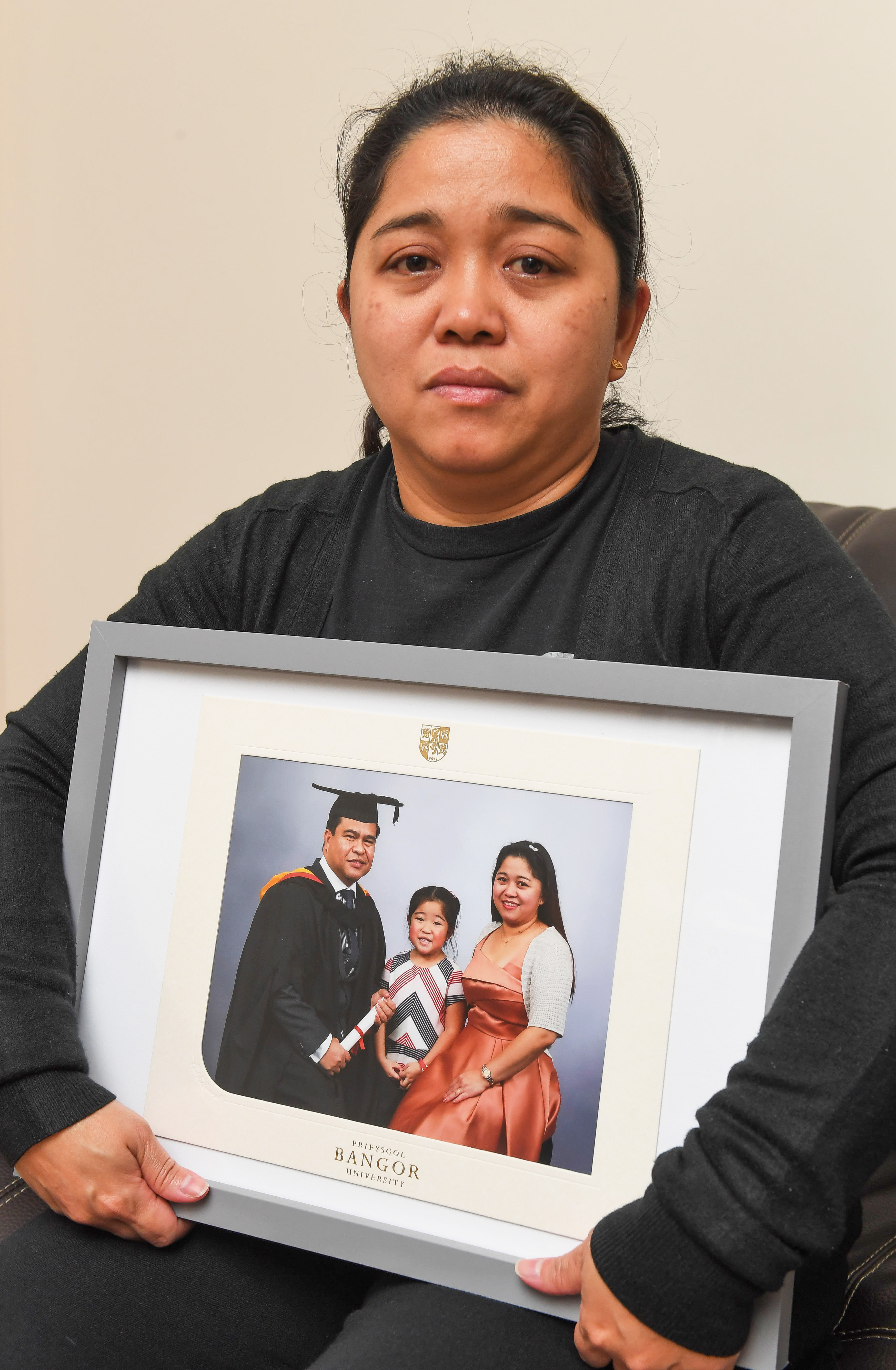 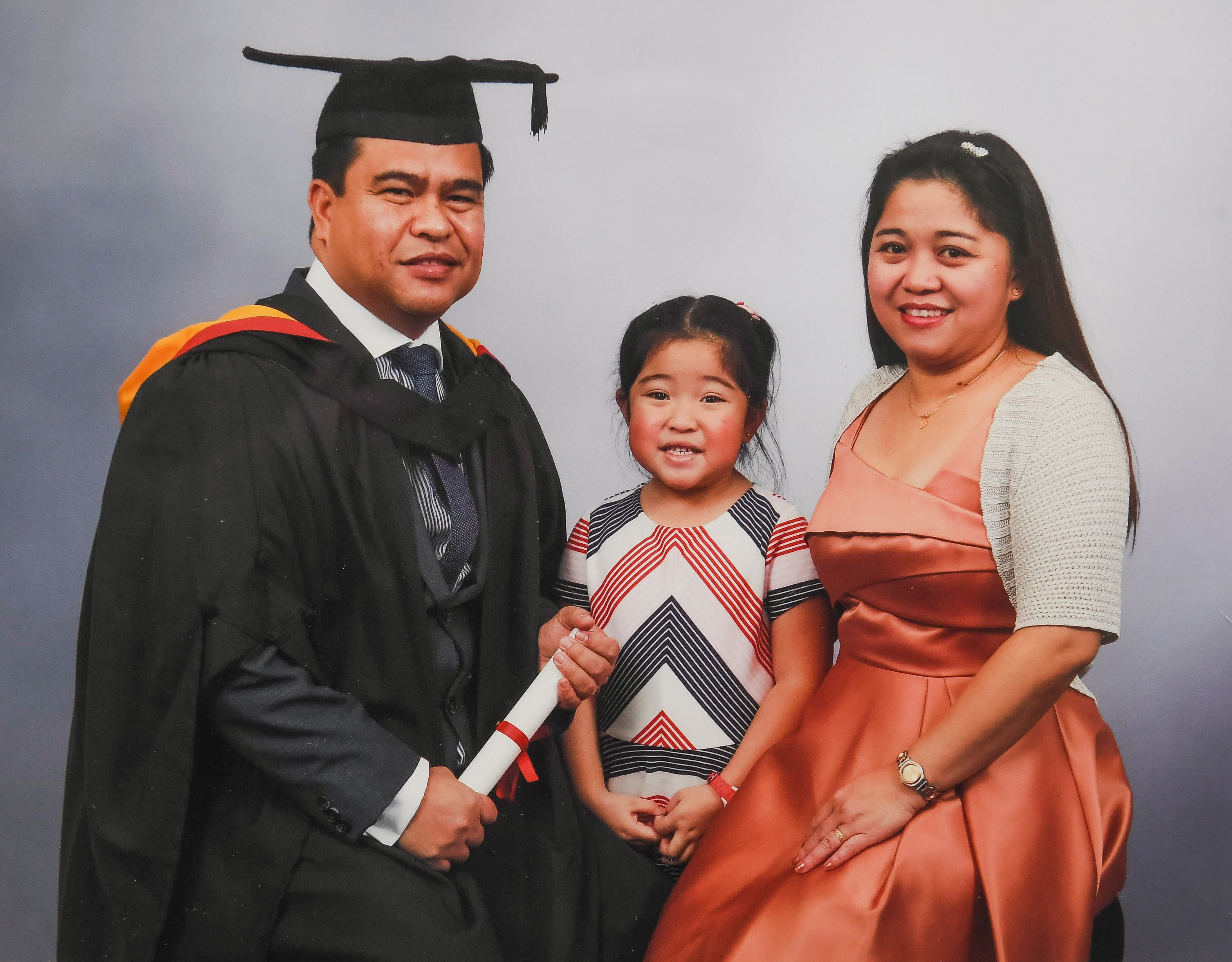 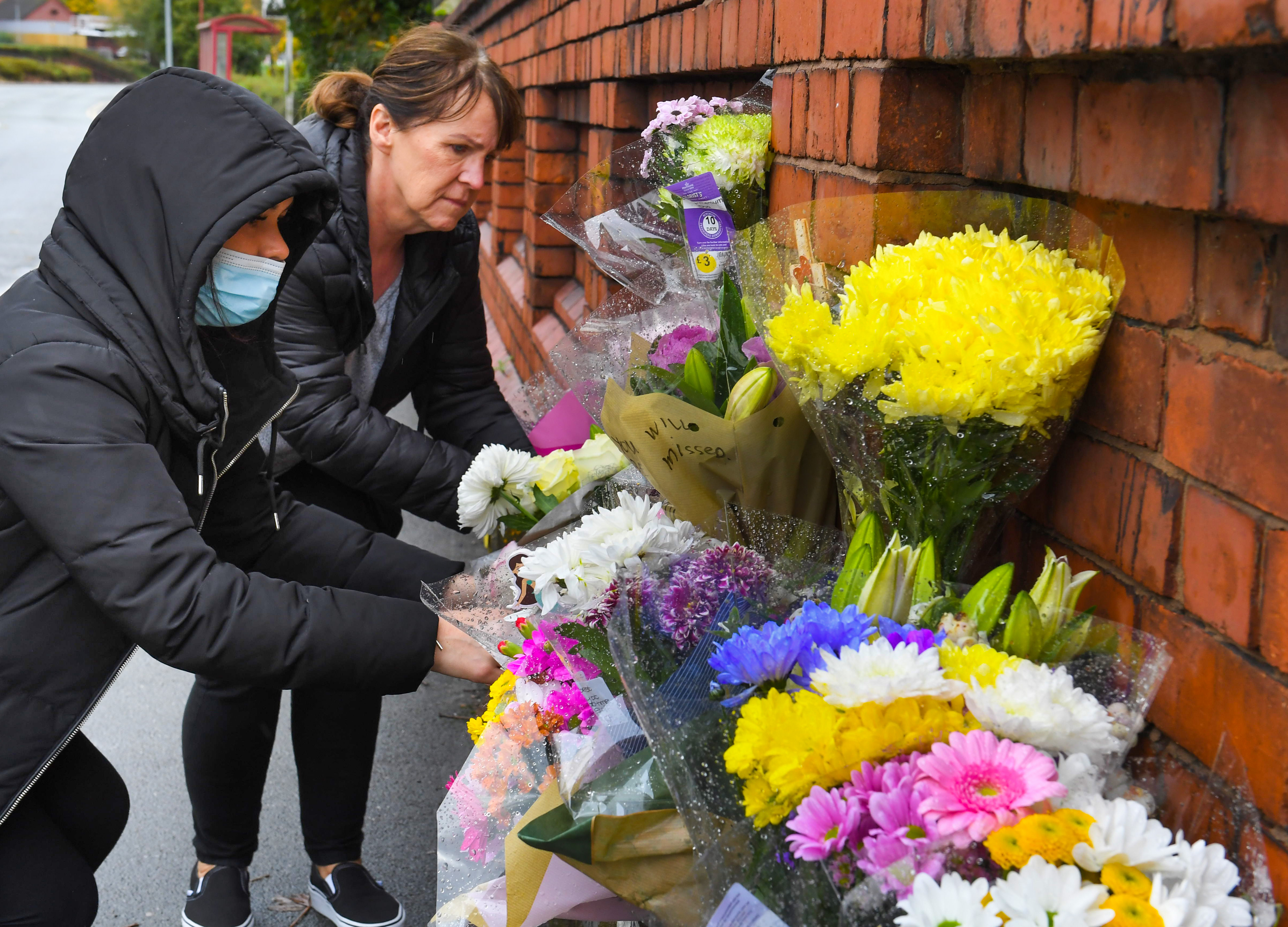 North Wales Police said the driver "is thought to have attempted to make off from a police patrol prior to the collision".

His devastated wife Fe, 43, told The Sun Online: "I don’t know how to move forward. He did everything in the house and I really, really depended on him all the time. It’s so hard to make a start, but he would want me to for the sake of our eight-year-old daughter Zoe.

"Nothing that happens now can ever change what has happened to him. He was so passionate about nursing and caring for people.

"He was so well loved by everyone and we have had so many messages of support. He touched so many lives."

Mrs Llobrera said her daughter was waiting for him to come home before he was killed.

"It is so unfair as he was always smiling and loving. Zoe said when she heard what happened, ‘it’s not fair.’ She is so young and now has to carry on her life without the dad she adored," Mrs Llobrera said.

Wilfred moved to the UK with his wife in 2004. He gained a nursing degree at Bangor University.

Mrs Llobrera said: "His real passion was towards his work, he was passionate about what he was doing and so caring for others. Some days he would drive to work, but he was on a late shift and parking is tricky, so he walked.

"He was so well loved by everyone and we were expecting him home at 9pm, but we thought he might be late staying behind looking after patients." 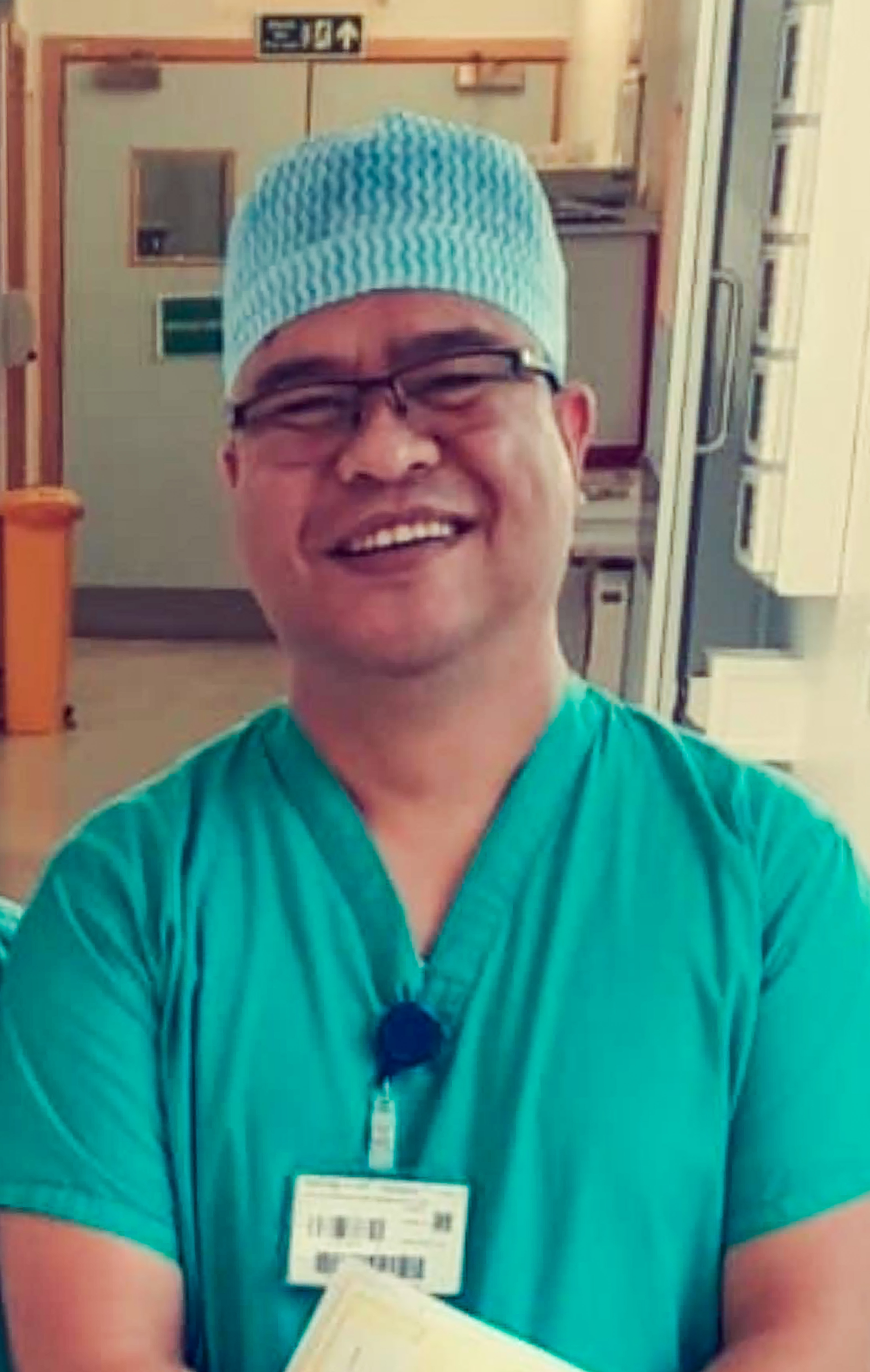 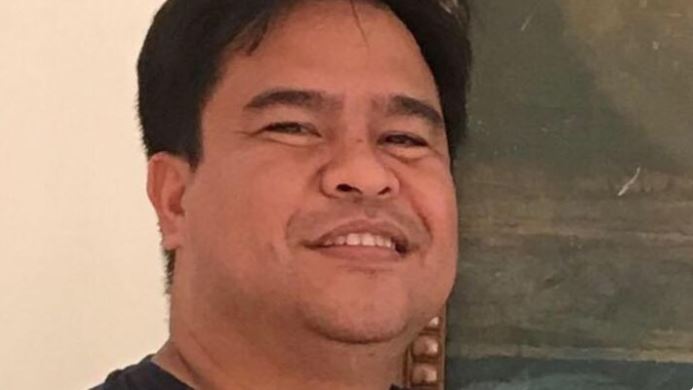 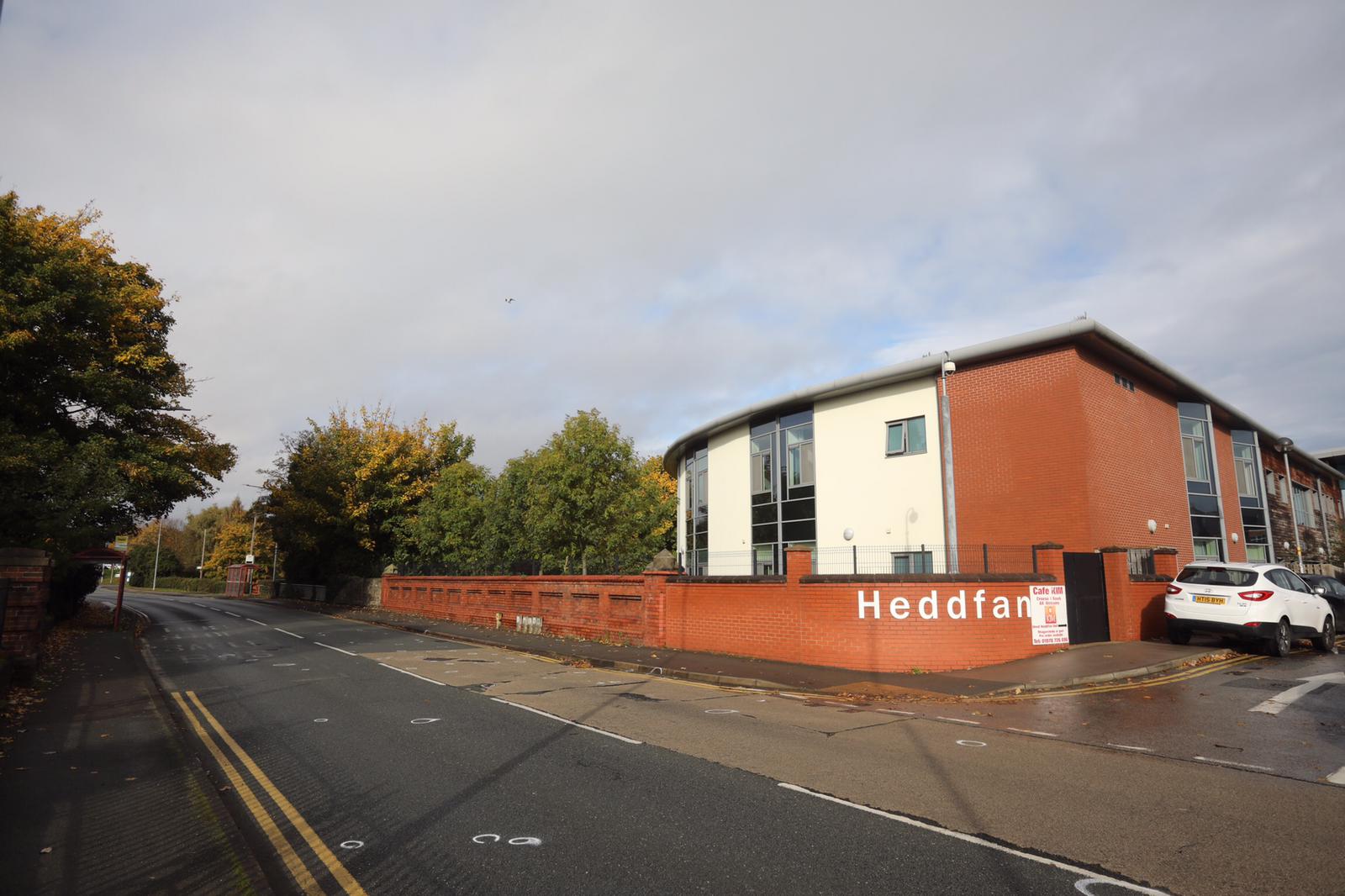 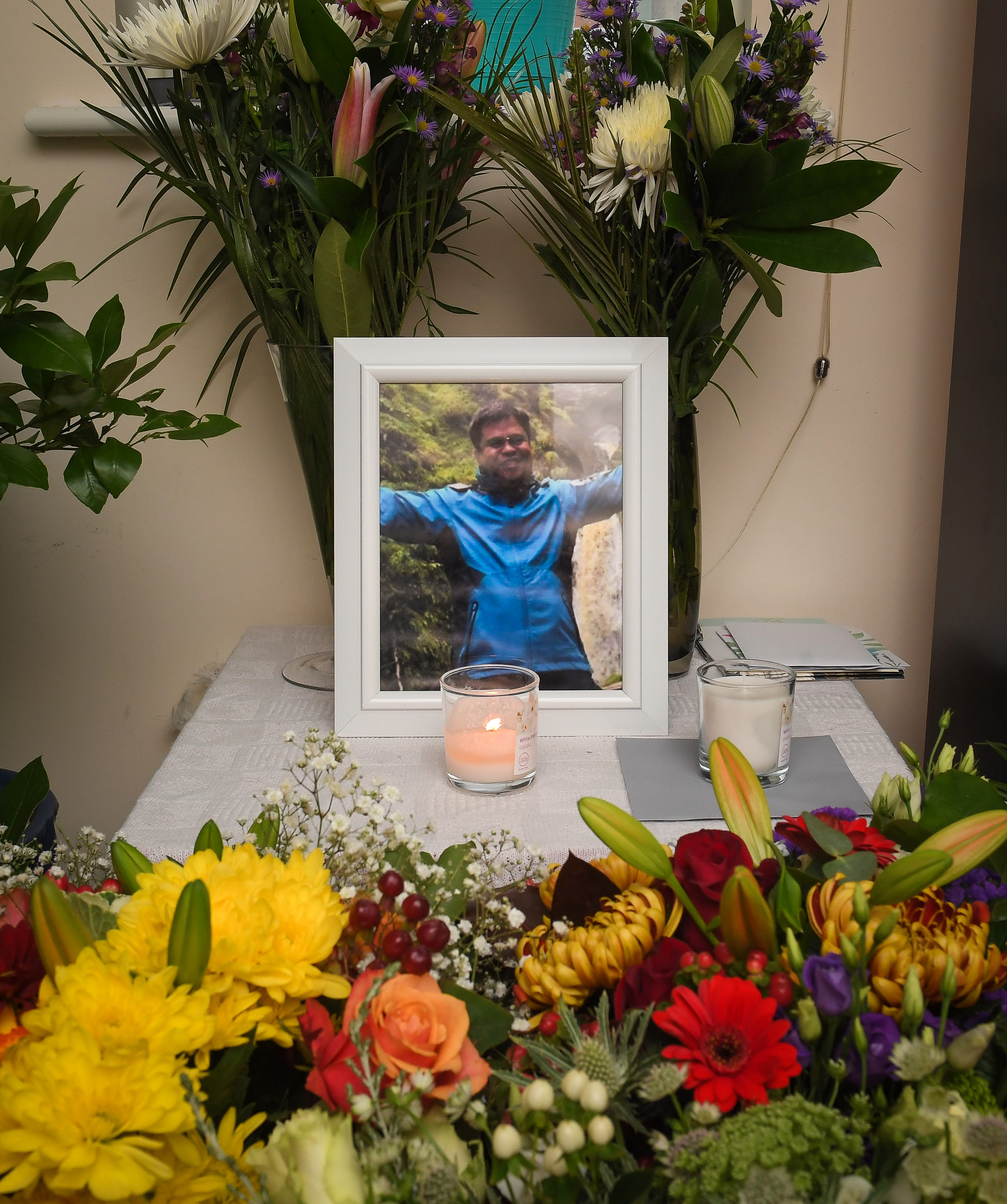 Family friend Geraldine Ibarrienbos said: "We cannot express how much this tragedy has broken us all. There are no words really.

"He was such a wonderful father, husband, a brother, a colleague and friend. He was so hard working and very caring and considerate.

"Even his patients were grateful of his expertise. He had such a fantastic, infectious smile."

Wilbert's colleague Sarah Steele, 42, said he was a "wonderful man".

She told The Sun Online: "He was always smiling and nobody could have a bad word to say about him, so caring.

"He was marvellous and got fully trained up to work in the theatre at the hospital. He has children, it is just so tragic."

Visibly upset nurses placed flowers at the scene of the crash today.

She wrote: "Our kind and caring Wilbert passed away yesterday. He was a devoted husband and proud dad to his daughter, who has been left devastated by his passing.

"Wilbert was always so full of life and so caring to his family, friends, colleagues and patients. He will be sadly missed by all."

Ami posted on Facebook: "Absolutely devastated to hear the news that Wilbert Llobrera has passed away.

"From the age of 20, when I took one of my first ever jobs in care, he always mentored me and brought such positivity to my day.

"From there he blossomed into such a kind, bubbly and amazing nurse… truly dreadful loss."

Wilbert's heartbroken wife Fe works at a laboratory across the road from the hospital, and a colleague of hers placed flowers at the scene.

Andrea Ellison, who was leaving the hospital after visiting her son just minutes after the tragedy happened, told The Sun Online: "It was dark and this poor man was lying prone at the side of the road.

He was always smiling and nobody could have a bad word to say about him, so caring

"He was not moving, he was motionless. A big group of nurses and staff were nearby as they had all just finished their shifts.

"And people were working on him, but there was no movement, his feet were not moving."

Ms Ellison said the tragedy was particularly saddening given how NHS workers have been on the frontline during the Covid crisis.

"It is heartbreaking as these people are sacrificing so much for us all at this difficult time," she said.

"It’s hard for lots of people at present, but we see the hard work the nurses and staff at the hospital do.

"My husband and I never spoke on the drive home, we were both in total shock at what we had seen just outside the hospital."

A man, 32, has been arrested on suspicion of causing death by dangerous driving, drink-driving, driving whilst disqualified and failing to stop, and remains in police custody.

It was later confirmed that the pedestrian was a "long-standing" member of the team at the hospital.

Gill Harris, acting chief executive at Betsi Cadwaladr University Health Board, said: “We have tragically lost a valued and long-standing member of our team in Wrexham and our thoughts and deepest sympathies are with their family today.

"This is also a difficult time for their colleagues and friends and we will make sure they have all the support they need.”

Chief Superintendent Alex Goss said: "This is a tragic incident and our thoughts are with the man’s family, friends, colleagues and all those affected, including the emergency services and health staff who were in attendance last night.

“Our sincerest condolences go to them all at this incredibly difficult time and specially trained police family liaison officers are assisting them.

“We are appealing for witnesses to the collision and anybody who may have been in or around the area of Watery Road and who may have seen the black-coloured Vauxhall Astra or who may have dash cam footage, is asked to contact North Wales Police as soon as possible.”

Anybody who may have information that could assist with the investigation is asked to contact North Wales Police on 101 or via the live webchat quoting incident number Y156226.

North Wales Police have referred the incident to the Independent
Office for Police Conduct. 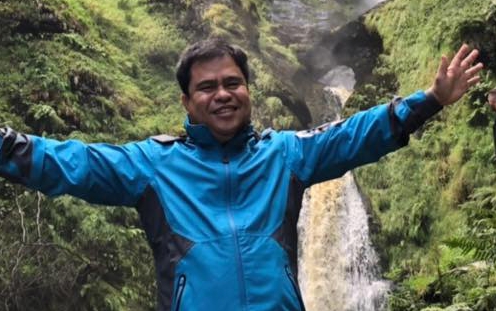 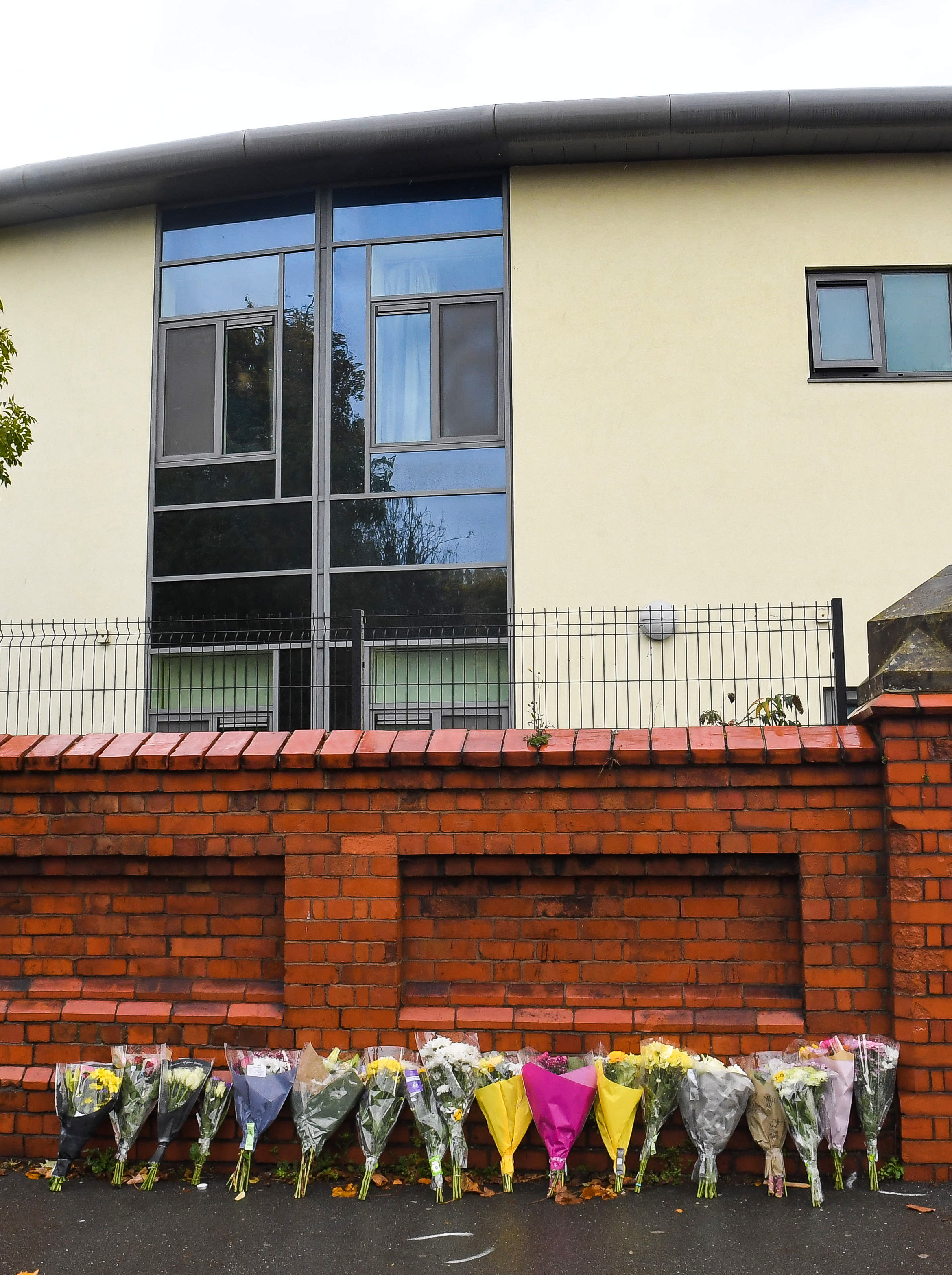 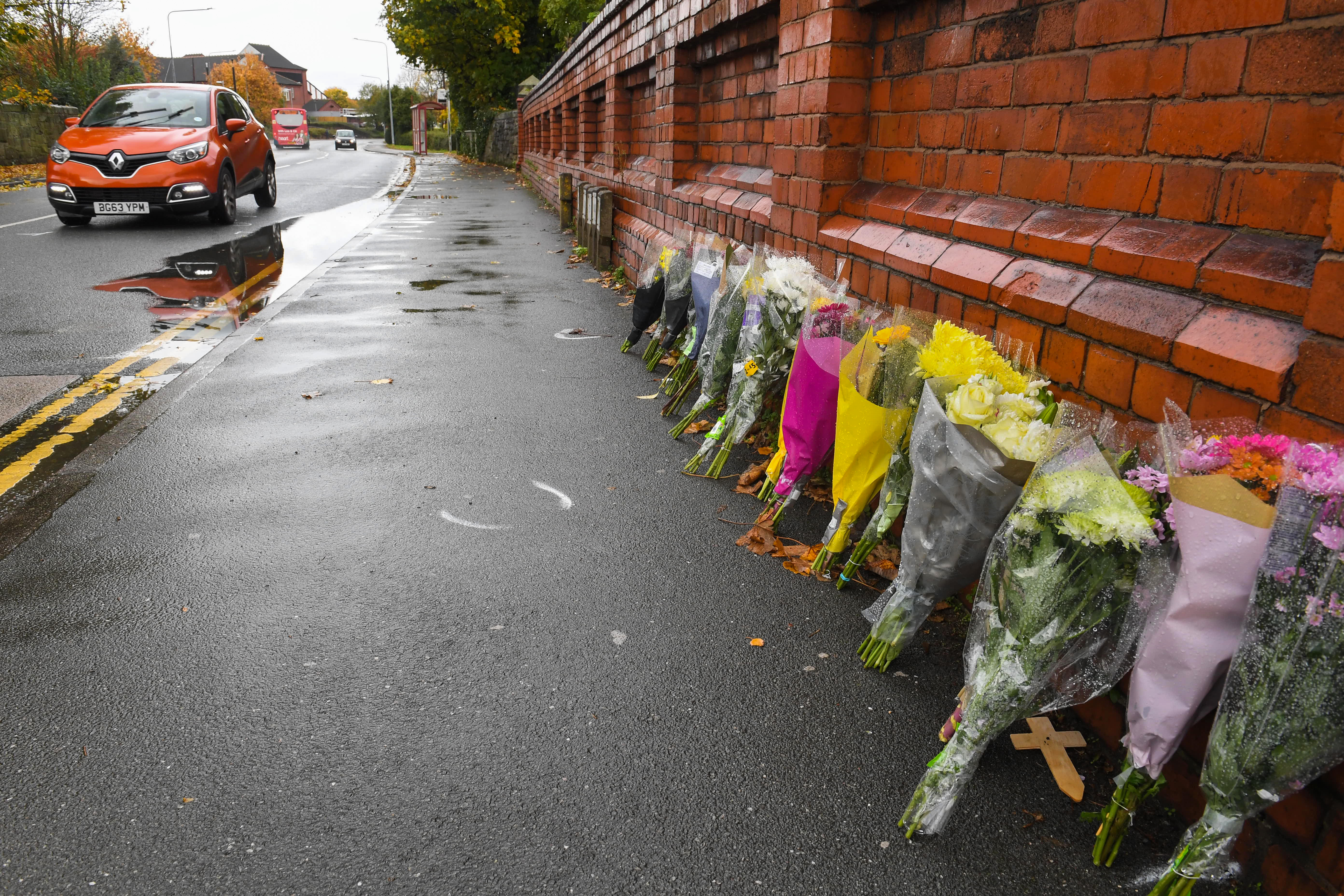 How to Protect Your Pet From 2018's Dangerous Tick Season: Tips from the CDC

‘This Is Us’ Star On Zoe’s Secret: ‘I Didn’t Know It Would Be Quite This Difficult’

State officials are at the front line of 2020 election security